The story of ‘humanzee’: how scientists tried to create a new human species
How quarantine opened Mars for humans

PETA against animal slurs: Why calling your filthy roommate a pig is an insult to pigs?

Animal rights group PETA (People for the Ethical Treatment of Animals) is known for its defiant attitude toward animal cruelty. Over the years, it’s successfully campaigned against the use of real fur in the fashion industry and contributed to a drastic decrease in animal testing, among other things. Ballsy, in-your-face ads and initiatives got people’s attention and made them more conscious of how their choices affected animal wellbeing. Its effort paid off, with more people worldwide donating to their local animal shelters, ditching leather and fur, and even going vegan. Although there’s never a shortage of animal issues across the globe, sometimes PETA chooses to address the “problems” that wouldn’t be necessarily viewed as such hadn’t the subjects been raised by the animal advocates

A few years ago, PETA tried to encourage English-speakers to stop using idioms it deems anti-animal replacing them with animal-friendly alternatives. The plea to quit saying, “killing two birds with one stone,“ replacing it with “feeding two birds with one scone“ sounded witty and amusing. However, the suggestion to banish “put your eggs in one basket” and go with “put all your berries in one basket” sounds heavy-handed and an apparent jab at non-vegetarians.

Words matter, and as our understanding of social justice evolves, our language evolves along with it. Here’s how to remove speciesism from your daily conversations. pic.twitter.com/o67EbBA7H4

In a tweet, PETA said, “phrases that trivialise cruelty to animals will vanish as more people begin to appreciate animals for who they are and start ‘bringing home the bagels’ instead of the bacon”. Some Twitter users poked harmless fun at PETA offering their own animal-friendly idioms. Still, others called it offensive and ignorant, as likening such usage to racist, homophobic, or ableist language is disrespectful to humans who’d suffered displays of hatred for real.

But despite the mixed reaction, PETA’s principal goal – that is, drawing public attention to their cause – was achieved. Three years after the original tweet, it’s been shared 84,000 times, so PETA decided to mount its favourite hobby-horse once again. This time PETA calls for an end to ‘supremacist language,’ using animal names as insults. What does it mean in plain English? It means that phrases like “filthy pig”, “to chicken out”, or “slothing around” are offensive to animals whose names have been laden with negative connotations. Why so? PETA says, “calling someone an animal as an insult reinforces the myth that humans are superior to other animals & justified in violating them.”

Words can create a more inclusive world, or perpetuate oppression.

Calling someone an animal as an insult reinforces the myth that humans are superior to other animals & justified in violating them.

Stand up for justice by rejecting supremacist language. pic.twitter.com/HFmMWDcc5A

Again, PETA is here to help, in case your vocabulary is strewn with animal insults you want to get rid of. They recommend ditching words that denigrate animals in favour of non-discriminatory epithets. Just say “coward” instead of “chicken,” “snitch” instead of “rat,” “jerk” instead of “snake”, and “lazy” instead of “sloth”… Moreover, PETA urges such well-known authorities as Merriam-Webster Dictionary and Dictionary.com to remove derogatory definitions mentioning animals from among the entries!

In their blog post, PETA laments the “harmful definitions, like Merriam-Webster’s pig (“a dirty, gluttonous, or repulsive person”), snake (“a worthless or treacherous fellow”), and dog (“a worthless or contemptible person”), pointing out that lending credence to such inaccurate descriptions fuels speciesism, a human-supremacist attitude that slights, insults, and denigrates other animals”.

Although no one could probably argue insulting people (or animals) verbally or otherwise is deplorable, Twitter users had a field day mocking PETA for its “anti-speciesism” plea. Twenty thousand comments alongside less than 6,000 likes, a sure indicator PETA’s latest initiative is a little too much for the general public.

Even some staunch vegans found PETA’s proclamation difficult to stomach: “This is my 7th year of being vegan, and I am begging u to never tweet again,” wrote one of them. At the same time, Texas Senator Ted Cruz called the idea ‘Bull****’, directly challenging the group’s original tweet. 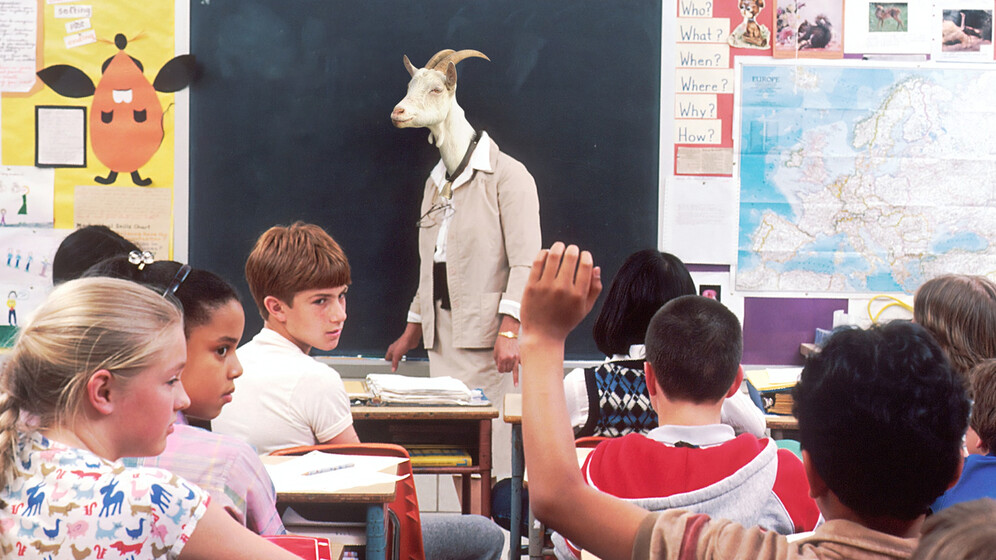 Many languages use animal names as insults: pigs, dogs, and snakes are, perhaps, among the “favourites”

Donkey (or ass), mare, weasel and sloth come under fire quite often, too. If you want to form a comprehensive picture of animal-inspired slurs across cultures, you should check out this old (yet amazingly detailed) Reddit post, covering animal-name insults in widely-spread language like Spanish and French, and less common ones, like Finnish, Tagalog and Hebrew. Based on native speaker reports, it looks as though “goat” (козёл in Russian, cabrón in Spanish, τράγος in Greek, pukki in Finnish etc.) is one of the favourite insults to level at a man, be it a stupid, promiscuous or generally annoying one. At the same time, “cow” (vaca in Portuguese, vache in French, αγελάδα in Greek, crava in Croatian, lehmä in Finnish, baqara in Arabic) is a wide-spread slur used against women – especially slow-witted and voluptuous ones.

While PETA declares “anti-speciesism is having its moment”, it urges major reference books to remove the derogatory definitions, “thereby encouraging people to recognise that attributing ill character to thinking, feeling animals who experience joy, suffering, love, and grief, just as humans do, is unacceptable.” But what PETA experts seem to fail to realise is that language is a mirror of society and its phenomena. Yes, language does influence the way we see the world, but it reflects the current state of culture rather than molds it. 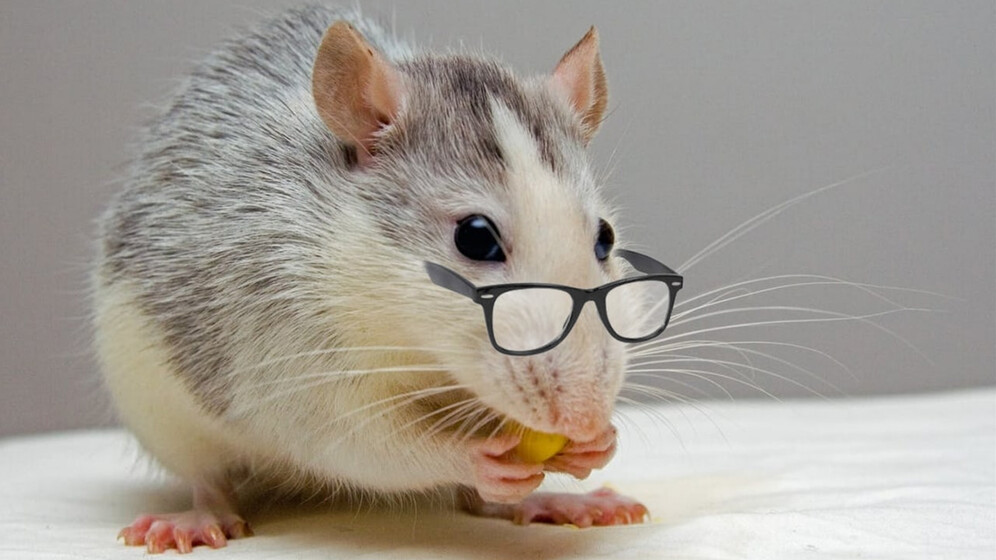 Hoping that removing a “bad” entry from a dictionary would cancel the phenomenon it stands for would be as childish as believing that not opening an umbrella could make the rain stop.

Even pro-animal-rights linguists seem to agree with this: Shareena Z. Hamzah-Osbourne of Swansea University in the UK, a scholar investigating animal metaphors in literature and everyday language, says that with the growth of veganism and vegetarianism, “meat and animal metaphors would be eschewed <…> and then this increased awareness will undoubtedly be reflected in our language and our literature.”

But until it happens naturally, reflecting a changed reality, attempts to spread the ideology by forcefully altering the language will only enrage those who don’t share the same views on veganism and equality of all species and could even alienate potential followers of animal advocacy groups such as PETA.

But if PETA’s primary goal is to muddy the waters, thereby attracting as much public attention as possible, it’s doing just fine. Its recent claim the COVID-19 epidemic could be blamed on meat-eaters (remember a smiling cube of tofu with a slogan “Tofu never caused a pandemic” next to it?

Okay I have this crazy, long standing theory that PETA is actually the meat lobby trying to make veganism seem tone deaf and annoying pic.twitter.com/m7Gx8xBTap

Or a campaign comparing animal farms to Nazi concentration camps as well as many others, have even sprung theories on how PETA might be a sham project of a meat lobby aimed at making “veganism seem tone-deaf and annoying”.

And indeed, it’s not the language of human supremacy that sanctions experiments on rats (treacherous) and monkeys (cheeky), alongside rabbits (lovable and lovable) and guinea pigs (furry and cute). And it won’t be the animal-friendly language that will put an end to millennia of animal abuse and neglect.