Kremlinmobile: The Fascinating Story Behind Aurus, Vladimir Putin's State-of-the-Art Presidential Car
Backstage DIY Blogging: Would You Dare Do It Yourself?

Moscow Metro is justly considered one of the main tourist attractions of the Russian capital. Join Erick Fonseca Zàrate on his tour around the Moscow underground to see the most beautiful stations and get an insight into the process of metro construction. The premiere of the new episode of Erick's list is coming soon.

Moscow's Metro is one of the biggest, most punctual, and beautiful underground rail systems globally. Nine million passengers use it every day. The Moscow Metro opened in 1935 and has hardly stopped working ever since, although... there was one day during World War two when it did come to a halt. 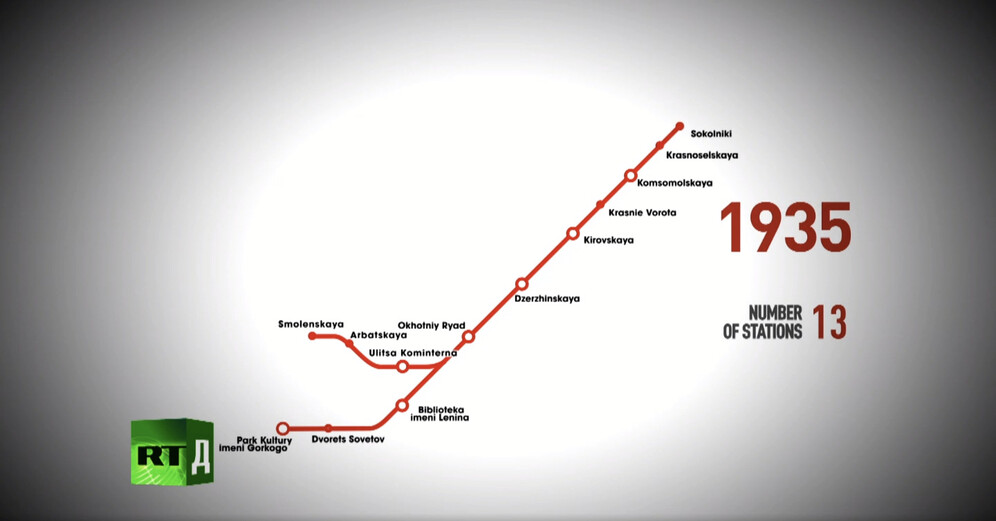 Construction on the Moscow Metro began with the Red Line. There were then 13 stations along its 11-kilometre length. As Moscow's subway grew, it eventually became the biggest in Europe. Today, there are 14 lines with 278 stations, and it has more than 400 kilometres of track. And there are still plans to extend it even further by 2024.

The Metro is mentioned in every guidebook to Russia. It's not just an underground museum but also seems to have a life of its own. It keeps on running, round the clock, seven days a week. The modern metro is a bit different to what it was like when I first came to Moscow. As well as the underground lines, there's now a second, 54-kilometre over-ground circle line. 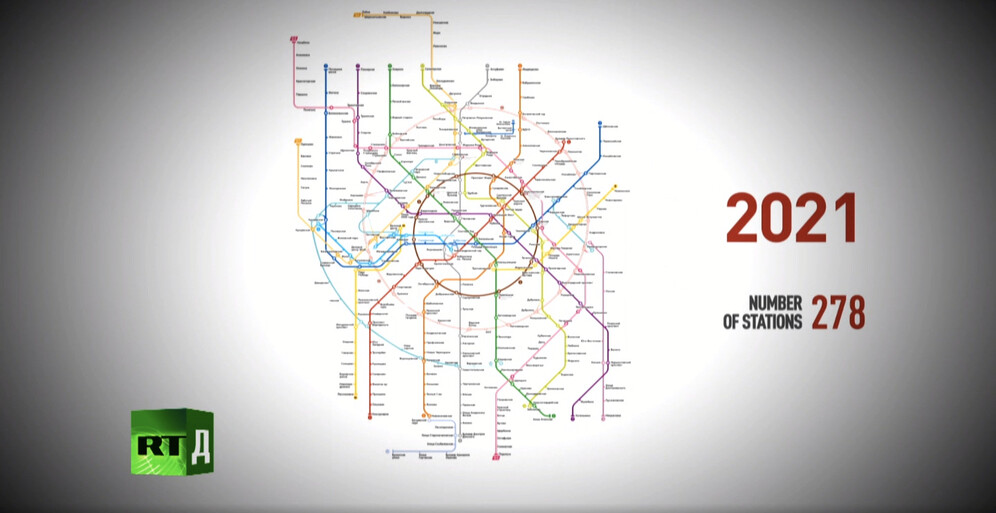 Large-scale construction and expansion in the Moscow Metro began in 2011. The lines built in the past ten years constituted 65% of what had been built in the previous 80 years. Two years ago, the subway grew again after two new lines were opened to connect central Moscow to the suburbs. As a result, Moscow's underground system isn't just the biggest metro in Russia but all of Europe too.

"40 new stations are being built right now," says Andrey Bochkarev, Deputy Mayor of Moscow. The project even made it into the Guinness Book of Records for having more tunnels being bored at the same time than anywhere else."

At 84 metres, Park Pobedy is Moscow's deepest metro station. There are about 100 very deep stations, ranging from 29 to 65 metres below the surface. One of the most ambitious projects underway is the Great Circle, which will be finished in about a year, meaning Moscow will be able to boast the world's longest circle line. 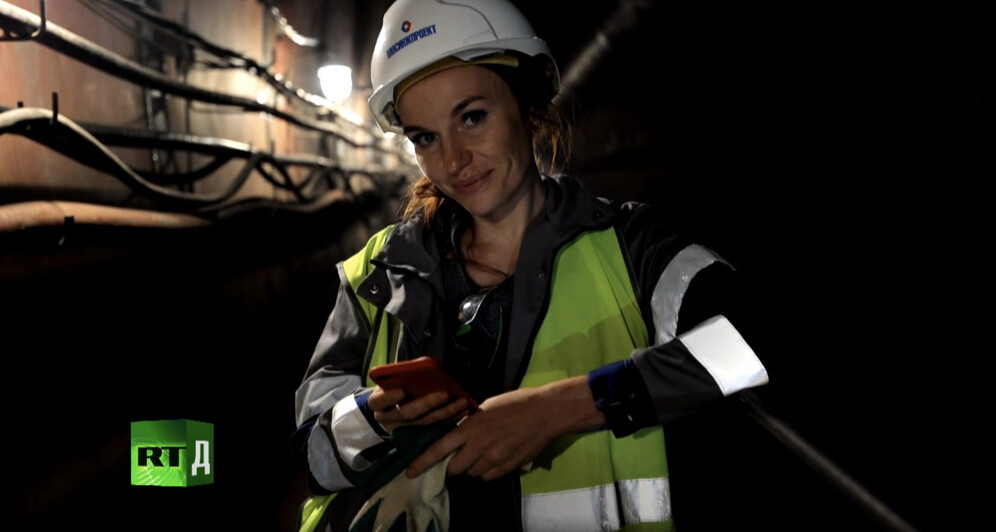 When the Great Circle project is finished, Moscow will be able to boast the world's longest circle line

The sheer scale of this project is staggering. It's hard to imagine that underground stations like this are usually built within about two years. Around 300 people are working on it right now. They work in shifts, so the process keeps going around the clock, seven days a week. 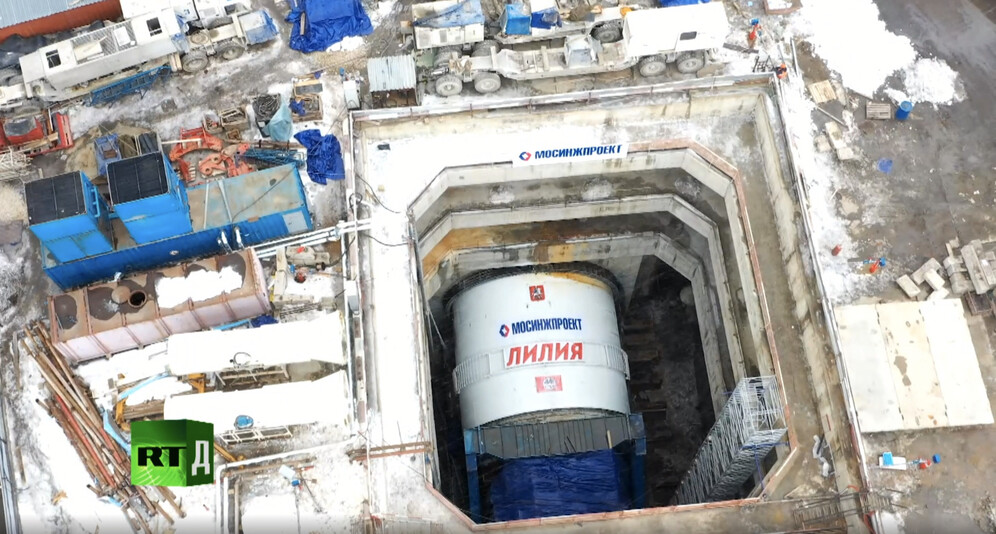 Lilia is 10 metres in diameter and almost twice the size of similar machines drilling tunnels for most of the new stations currently under construction. There are ten "ladies" like this working right now on expanding the subway network. So why did they give this tunnelling machine a lady's name?

The tradition comes from Canada, where the owner of a tunnelling machine manufacturing company decided to name all his machines after St. Barbara, the patron saint of miners. Other countries adopted the idea and began to christen their tunnelling machines with popular lady's names.

On average, "Lilia" digs through at about 14 metres per day. But of course, all that depends on the type of soil involved. She can move a lot faster when digging through sand but more slowly when she's cutting through clay. What about all the earth that "Lilia" excavates? Well, there's a special conveyor belt that takes it to the surface, where it gets loaded onto giant trucks and then carried out of the city. 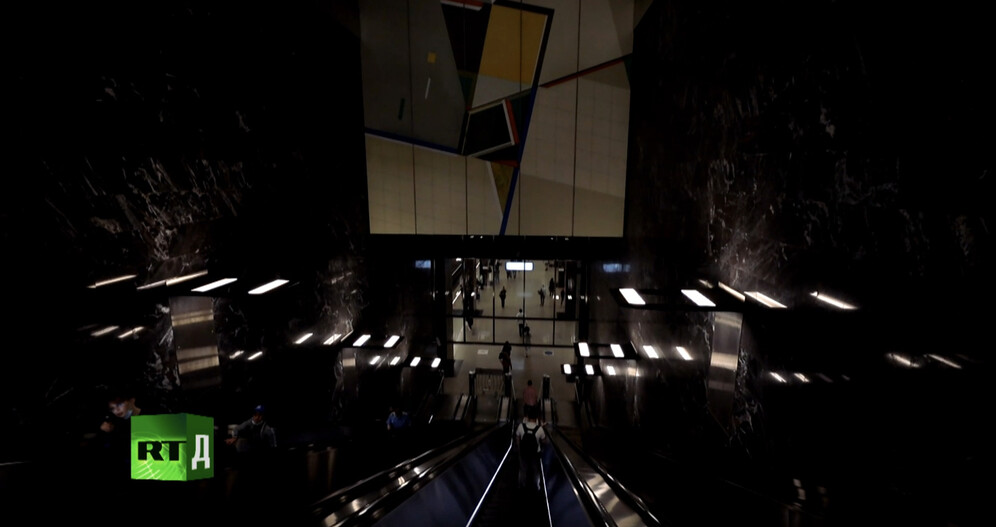 Every Moscow metro station is unique

When the drilling process is finished, creativity comes in. Every Moscow Metro station has a unique design, from historical frescos on the Kievskaya station to an extraordinary 3D ceiling, which symbolises the Milky Way, setting Vorontsovskaya station apart from the rest.

Vorontsovskaya is the first station on the Moscow Metro to be built in parametric style, a futuristic trend, which some architects call post-industrial, or "digital age" style.

"For me... designing a station's like giving birth to a baby. I hope this legacy endures both for today's passengers and future ones for years to come," says Vladimir Buturlintsev, head of the architectural department at Mosproekt-3 Group. 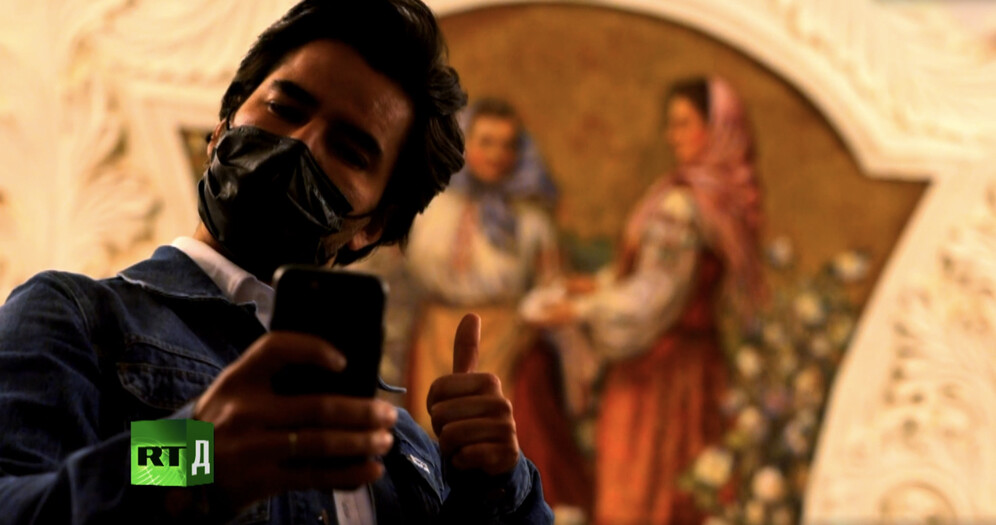 When the drilling process is finished, creativity comes in

Tune in to the premiere of Erick's List: Moscow Metro to take a virtual tour around the Moscow underground and learn the mysteries of this magnificent tourist attraction!