Yury Tyukalov earned worldwide fame in 1952 as the USSR’s first male Olympic champion by winning the Gold medal in the single scull rowing. He went on to have an illustrious 20-year career winning many Soviet and international rowing championships.

Tyukalov first took up rowing as a young child. His father, a Red Army cavalry officer, would arrive in Leningrad on leave by train on the other side of the Neva River, and six-year-old Yury would row across to pick him up. 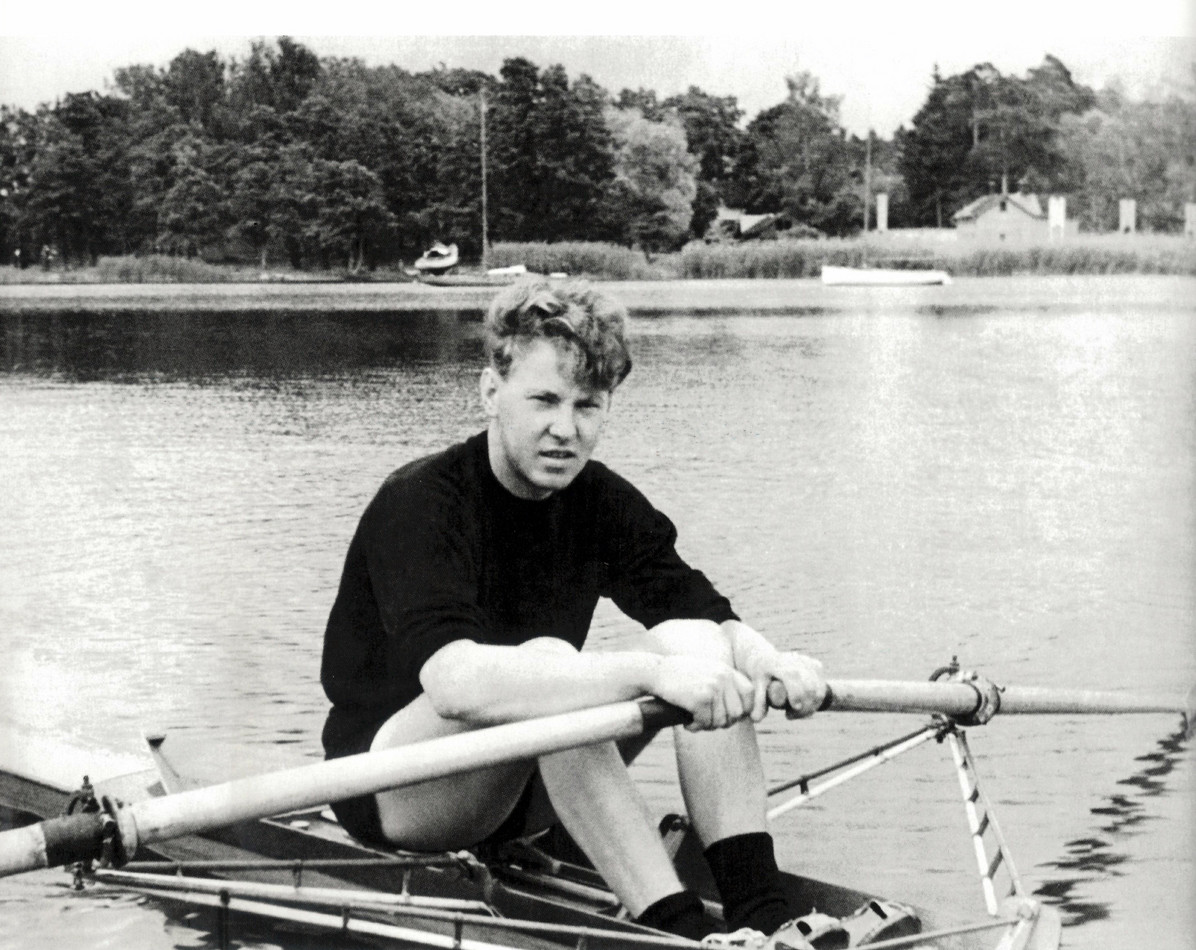 As a boy during World War II, he lived through the entire 872-day Nazi siege of his native city. During the blockade, Yury tended to the sick, extinguished incendiary bomb fires, and carried water for Leningrad’s emergency food gardens. Many of his close relatives died of illness and starvation. He was awarded the ‘Defence of Leningrad Medal’ at the age of 12 for his heroic efforts. 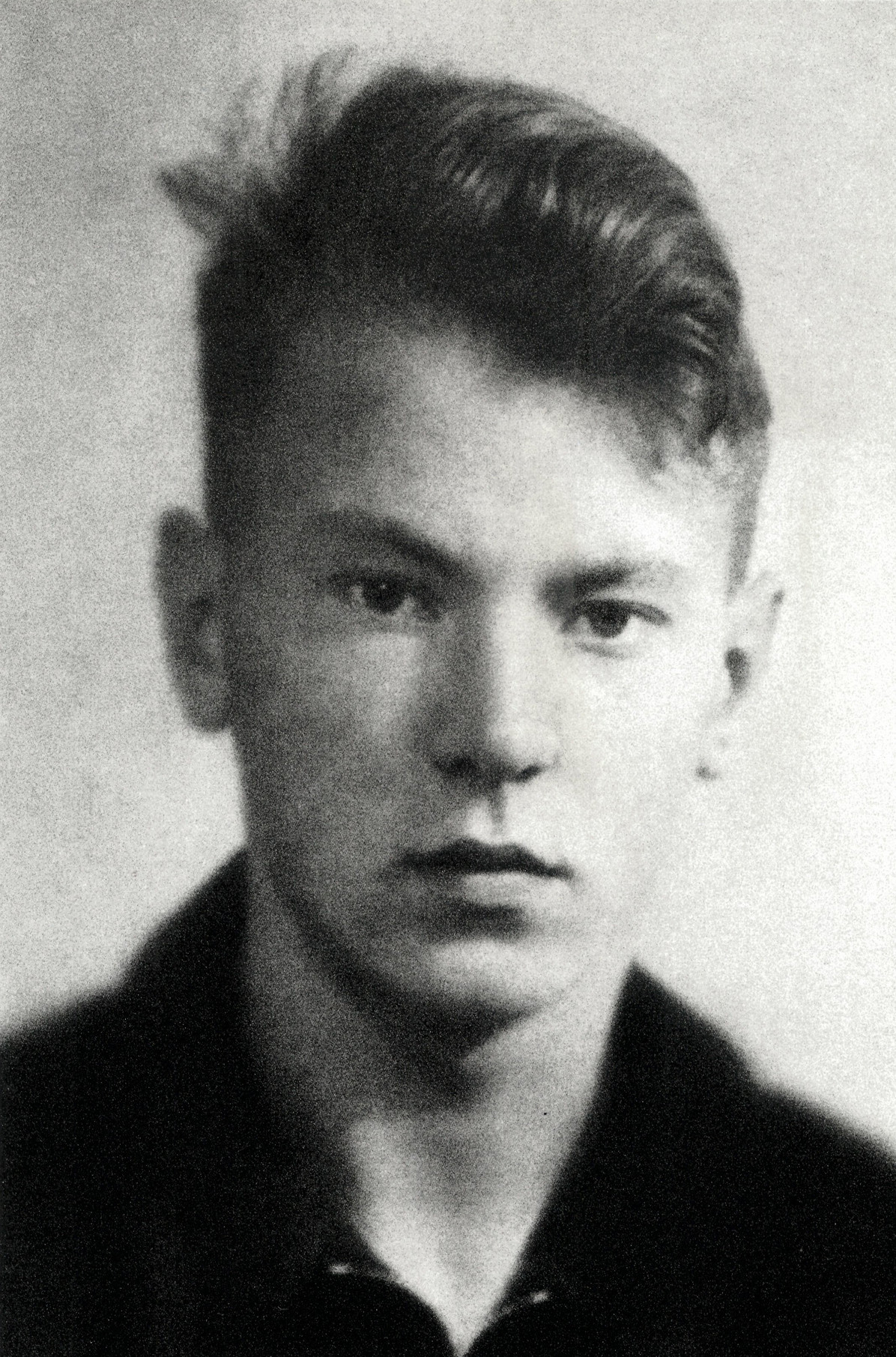 After the war, Tyukalov took up football and rowing. He trained in both until an incident decided his sporting direction. Yury scored an own goal during an important match. “I was too embarrassed to look my teammates in the eye, so I missed one training session… then another. That’s how I left [football] for rowing.” 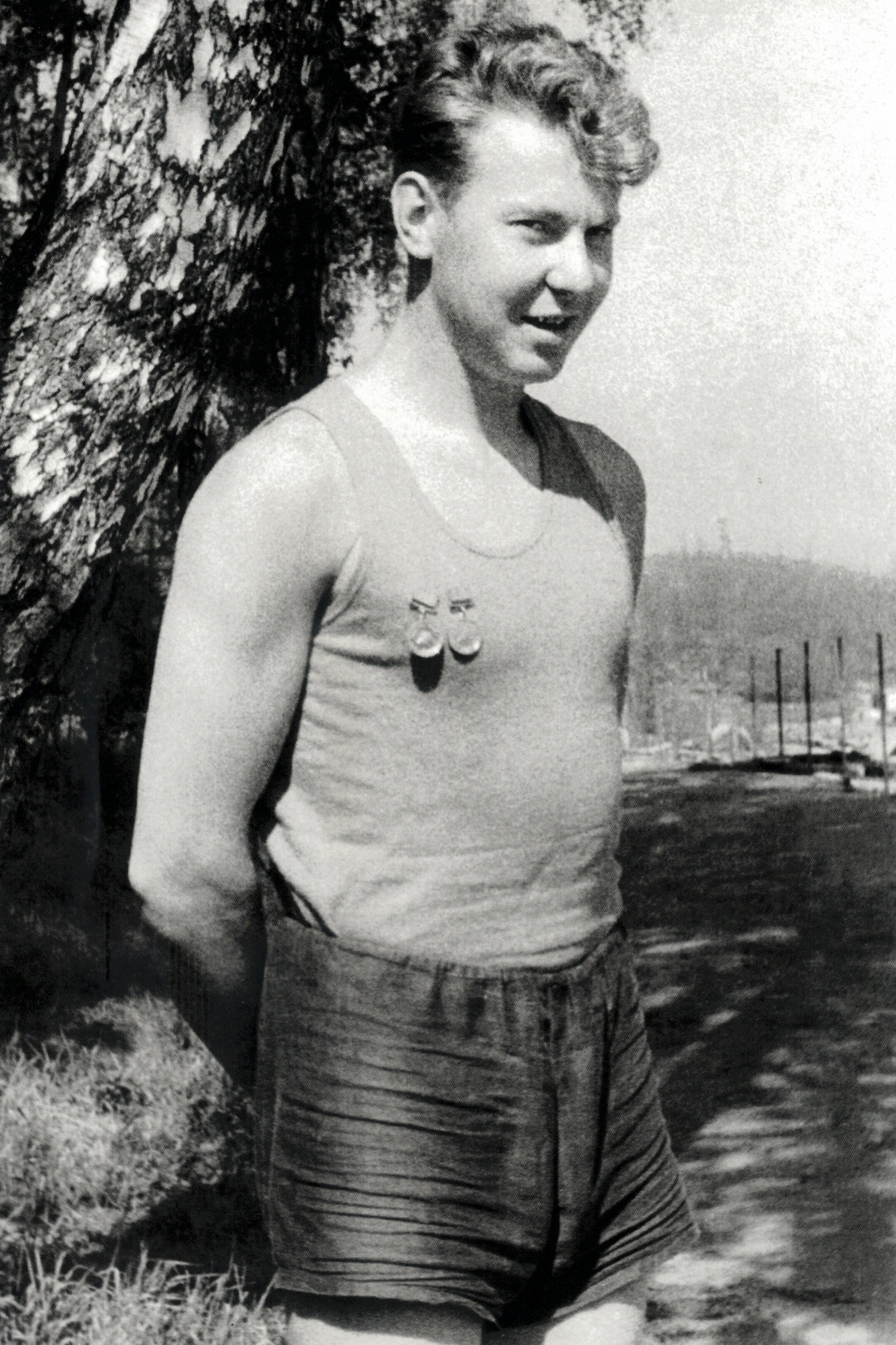 From 1949 to 1951, Tyukalov won two Soviet championships in the coxed four and eight with the Red Banner rowing club. Despite his success as part of a crew, he was drawn to single sculling, as he thought pure competition had to be 1-on-1. Yury made his solo debut at the 1951 USSR national championships, beating his closest competitor by nine seconds. Amazingly, an hour later, he re-joined the 8-man crew and won a second Gold medal.

The champion rowers from that year, Tyukalov among them, were sent to Georgia’s Colchis Lowland for winter training to prepare for the upcoming Olympics. The new team rowed 40-50 kilometres per day, training in swampy waters under near constant rain without windbreakers or warm clothing. As they had no drying facilities, they would often start the day’s training in wet clothes. But, according to Yury, the team were so enthusiastic they didn’t notice the harsh conditions and never worried about overtraining.

The hard work paid off for Yury at the USSR’s Olympic debut in Helsinki. After defeating the millionaire brother of American film star Grace Kelley, Jack Kelly, he beat the previous Olympic champion, Mervyn Wood, by 1.5 seconds to take the Gold. His victory was considered nothing short of amazing, as the 6-foot tall Australian policeman enjoyed a considerable size advantage over 69-kilo Tyukalov, and had lighter and better equipment. 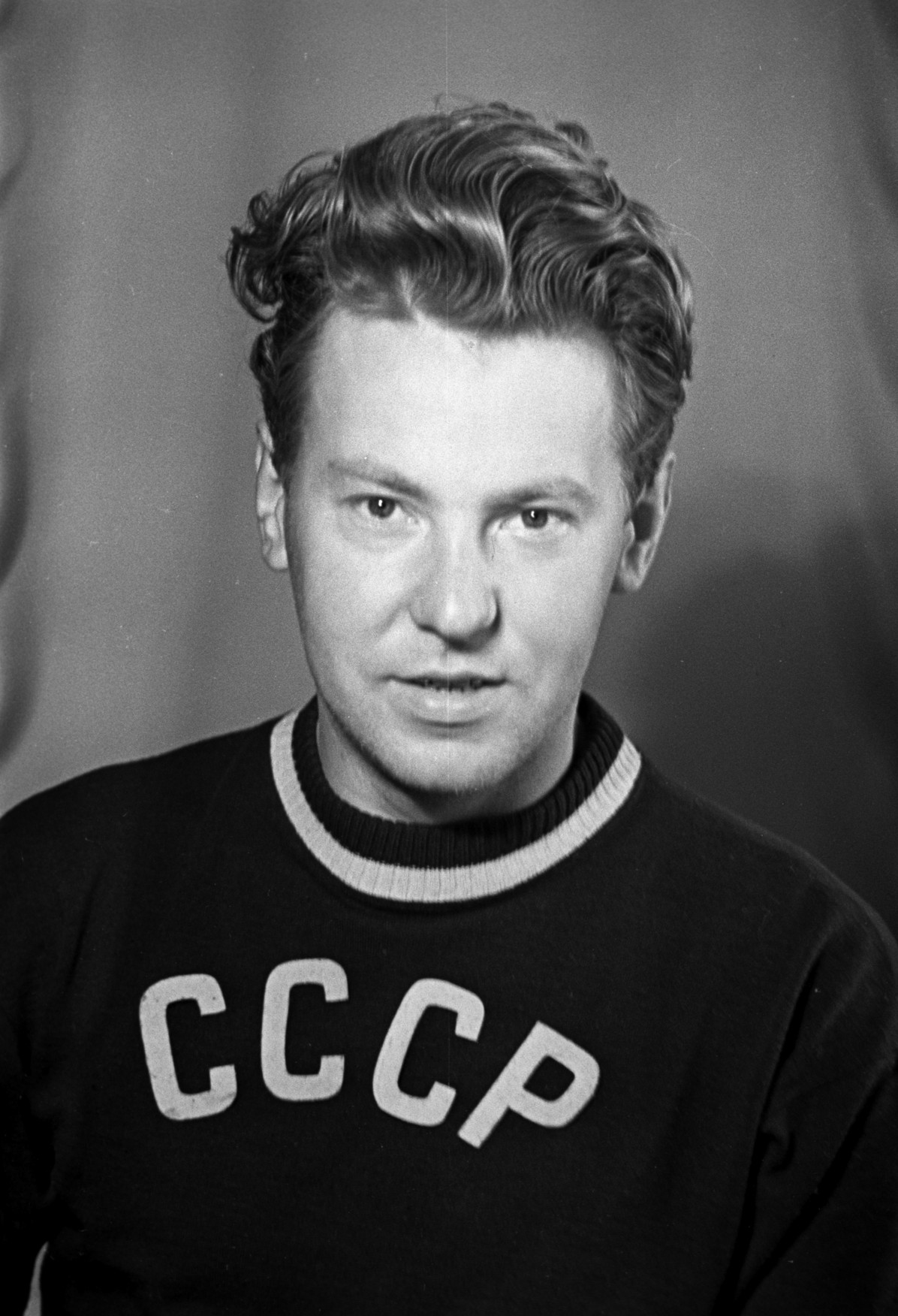 In August of 1956, Yury lost a pre-Olympic trial to rising single sculls star Vyacheslav Ivanov, who would go on to dominate the category worldwide for nearly a decade. Soon after, Yuri teamed up with rival Aleksandr Berkutov, who had also lost to Ivanov, and the two won the final pre-Olympic qualifying race for double sculls by more than three boat lengths.

The pair went on to greatness. After taking the Gold in the 1956 Olympics in Melbourne, Australia, they went on to win five consecutive European titles from 1956 to 1961, the Henley Royal Regatta in 1957 and 1958, and the Soviet title in 1957 and 1961. The pair would probably have won the 1960 Olympics in Rome as well, but their bus driver got lost on the way to the venue, and they arrived just a couple of minutes before the start. Preparing to compete in a terrible rush without warming up, Berkutov injured his leg on the beach. The pair came in second to a Czech crew; they beat them with ease both before and after those games, so they had to settle for Silver.

After retiring from competition, Tyukalov served as the head coach of the USSR’s rowing team from 1968 to 1972. The best of his students went on to win numerous European and World championships. He also authored a book entitled From One to Eight about his rowing experiences. 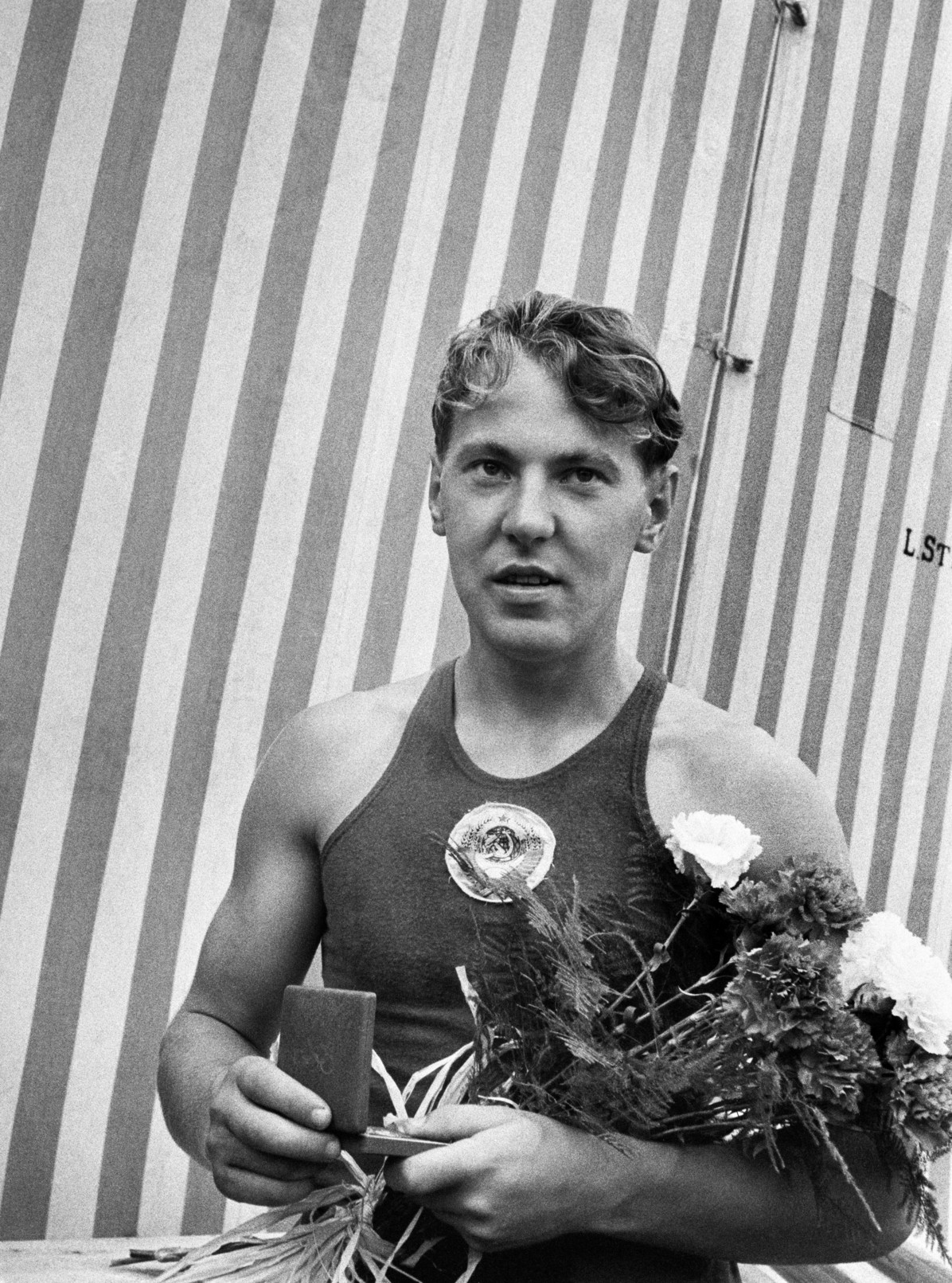 Yuri later became a renowned master of metal sculpting and applied arts. He graduated with honors from the Leningrad Higher School of Art and Industry shortly after winning the Melbourne Olympics. At first, Yuri was fond of subjects from Russian fairy tales but then moved on to design exhibitions, building facades, and ship cabins, including that of the Soviet Union’s atomic icebreaker, Arctic. He was especially proud of his participation in creating a grandiose memorial complex dedicated to the Defenders of Leningrad. He also sculpted the first crest of his beloved hometown, St. Petersburg, where he lived his entire life and was awarded the title of Honoured Citizen. 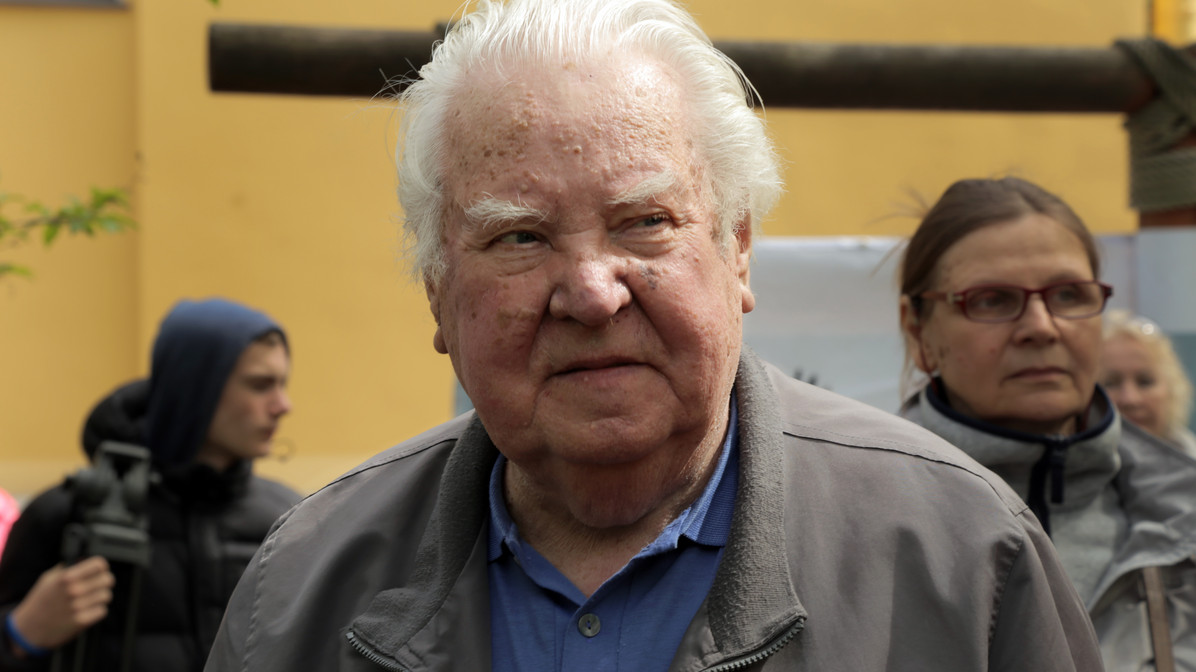 Yury Tyukalov died on February 19, 2018, at the age of 87. A rowing competition called the Yury Tyukalov Regatta is held in St. Petersburg every year in his honour.

To find out more about Yury Tyukalov watch Champions of the spirit on RTD website.