Sri Lanka: History of violence and sectarian tensions
Robbed of childhood: the cost of war paid for by the children of Afghanistan

Iran’s Revolutionary Guard: Elite force and terrorists according to the US

Created in the wake of the Iranian Revolution, the elite branch of the country’s military has recently been put on the US list of terrorist organisations in an “unprecedented step.” It is the first time the US has labelled a foreign country’s armed forces a terrorist group, placing it in the same category as non-state players like Al-Qaeda or Islamic State. But who are these Islamic Revolutionary guards and why do they bother Washington?

The Islamic Revolutionary Guard Corps (IRGC) was established in 1979 shortly after the Islamic Revolution toppled the secular monarch, Shah Mohammad Reza Pahlavi. Just as the Shah relied on the military to protect his power, the new Islamic regime under Ayatollah Ruhollah Khomeini set up its own force to safeguard his authority and the values of the revolution. Apart from its core mission, the IRGC (known in Persian as Sepah-e Pasdaran) serves as a counterbalance to the separate regular army (Artesh) and its officers, some of whom were believed to remain loyal to the ousted regime. 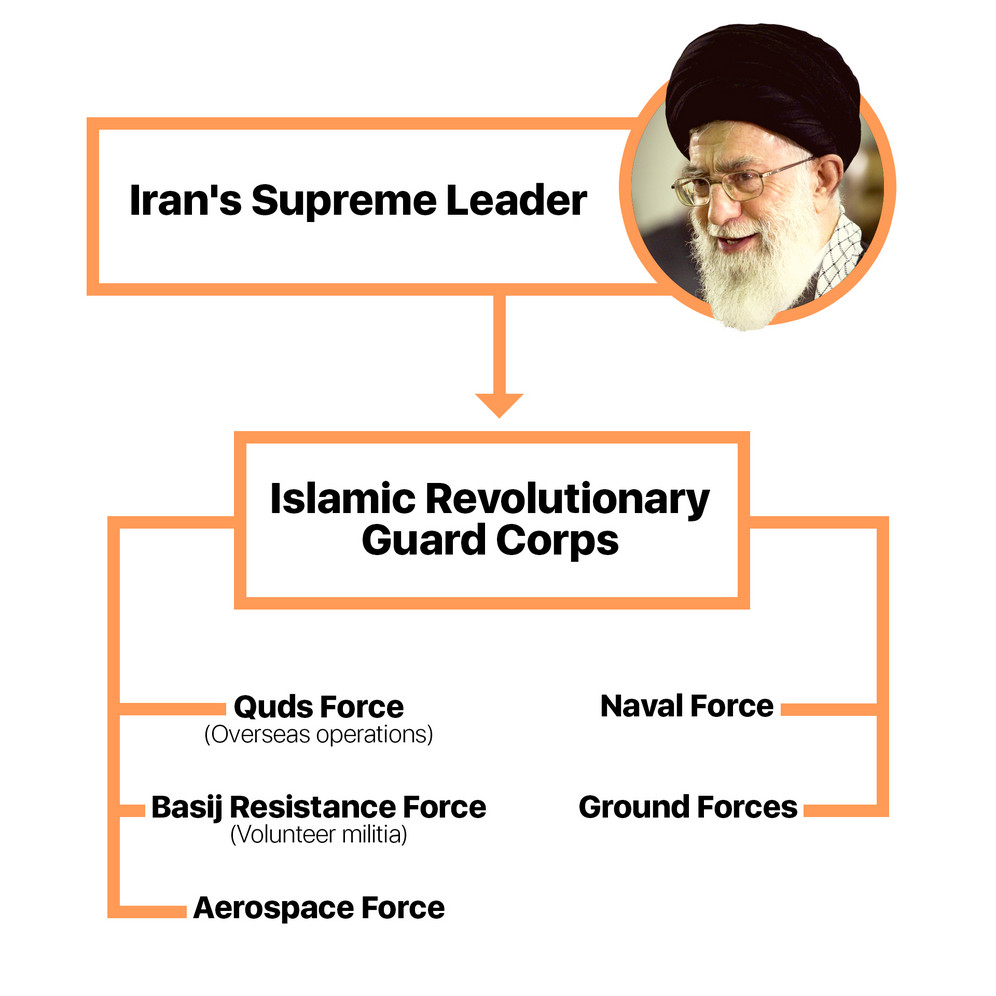 The IRGC has some 120,000 troops and is considered a dominant military force in Iran, even though the regular army has an estimated 350,000 men. The IRGC’s responsibilities overlap with those of the regular army since it commands its own ground, naval and air forces. These were allowed by Khomeini after the war with Iraq in 1980. The Iran-Iraq war also paved the way for the creation of two other IRGC subgroups - the secretive Quds Force, in charge of overseas operations, and the paramilitary Basij Resistance Force.

The IRGC also oversees Iran’s ballistic missile program and controls the Strait of Hormuz, one of the world’s most important trade routes, through which a third of all seaborne oil passes every day. The elite force is not only a military institution; it has also established a large presence in Iran’s economy. It’s active in construction, auto, telecommunications, and oil and energy sectors.

Members of the revolutionary guard attend the anniversary ceremony of Iran's Islamic Revolution at the Khomeini shrine in the Behesht Zahra cemetery. © Raheb Homavandi / Reuters

In the meantime, Washington views IRGC as Iran’s "primary means of directing and implementing [Iran’s] global terrorist campaign" and Tehran as a state sponsor of terror. According to the Trump administration, the elite force is responsible for the death of more than 600 US servicemen, having carried out attacks on the US across the Middle East, and supporting groups such as Hezbollah in Lebanon, Palestinian Hamas or Houthi rebels in Yemen.

Rumours of US’ plans to add IRGC to its terror list have long circulated in the media. However, tensions intensified after President Donald Trump pulled out of the 2015 nuclear agreement with Iran and re-imposed sanctions lifted under the deal. Through its “maximum pressure” policy towards Iran, the US is seeking to contain the Islamic republic’s influence in the region. 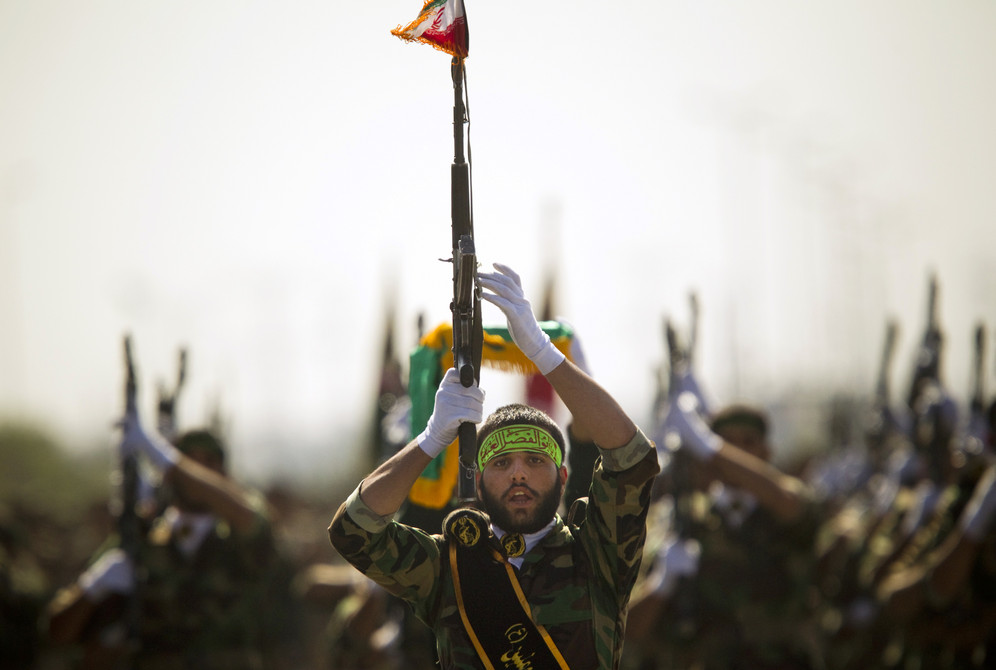 Members of Iran's Basij militia march during a parade to commemorate the anniversary of the Iran-Iraq war (1980-88), in Tehran September 22, 2010. © Morteza Nikoubazl / Reuters

The latest US move instead stokes fears that thousands of American troops in the Middle East will be put in greater danger since Iran responded by vowing to regard members of US Central Command also as terrorists. President Hassan Rouhani says the designation will only make the force “more popular” among Iranians and in the region.