RT Documentary wins the Human Rights Press Award with the film 'Lady Cops in Afghanistan'
Online bullying is bad, so why do we do it?

Mystery of giant craters in the Yamal tundra – finally solved?

When a monstrous crater suddenly appeared in the frozen ground of Russia’s far north, scientists were amazed. They’d never seen anything like it.

The gaping pit was perfectly round and the earth around its rim was torn as if left by a powerful blast. “It was quite a sight,” says Marina Leibman from the Earth Cryosphere Institute, who has been studying the Yamal tundra for decades.

Since the first hole was discovered in 2013, researchers have located 16 more. These pits are up to 60 metres deep and 20 metres wide. Over time they fill with water and turn into lakes, making them difficult for researchers to distinguish from the many reservoirs scattered around the Yamal tundra.

While scientists rush to the Yamal peninsula to uncover the processes behind this phenomenon, local Nenets communities prefer to ‘let the sleeping dogs lie.’

The Nenets are indigenous nomads who have driven their reindeer herds across the frozen tundra for thousands of years. Their lifestyle is defined by the harsh environment they live in, and locals hold the tundra in great reverence. “The holes don't ask anyone. They just wanted to appear,” says Vera Horotetto, a local woman.

Witnesses described seeing “scary” spirits, as well as hearing loud noises and feeling the earth moving. Scientists may not know anything about the local ‘masters,’ but they’re trying to establish the cause of the blasts. 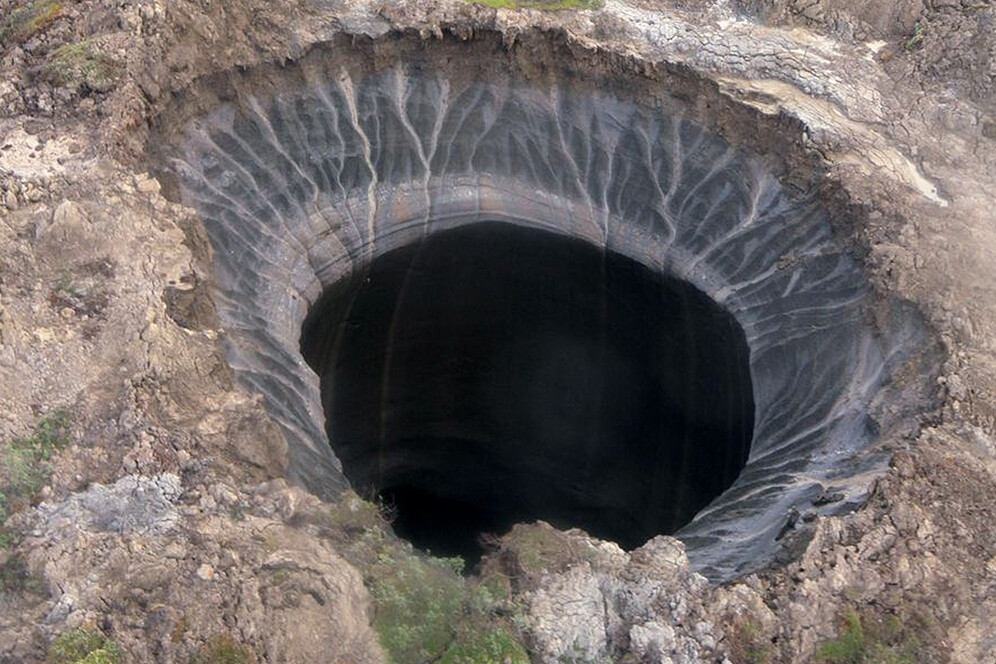 Vasily Bogoyavlensky from the Oil and Gas Research Institute believes there’s a “gas-dynamic process at work.” It begins when gas deposits get trapped deep in the permafrost. The gas creates pressure and pushes the ice cap up until it finally bursts, creating a hole in the ground. The ‘precursor’ mounds that are often seen before the craters appear testify to this theory. What causes the explosive gas emissions remains a mystery, however.

Some claim that global warming is causing these curious holes in the tundra. Though it’s true that temperatures have risen in the Yamal peninsula and winters there are getting shorter, Russian scientists say this warming is only a catalyst, not a cause. 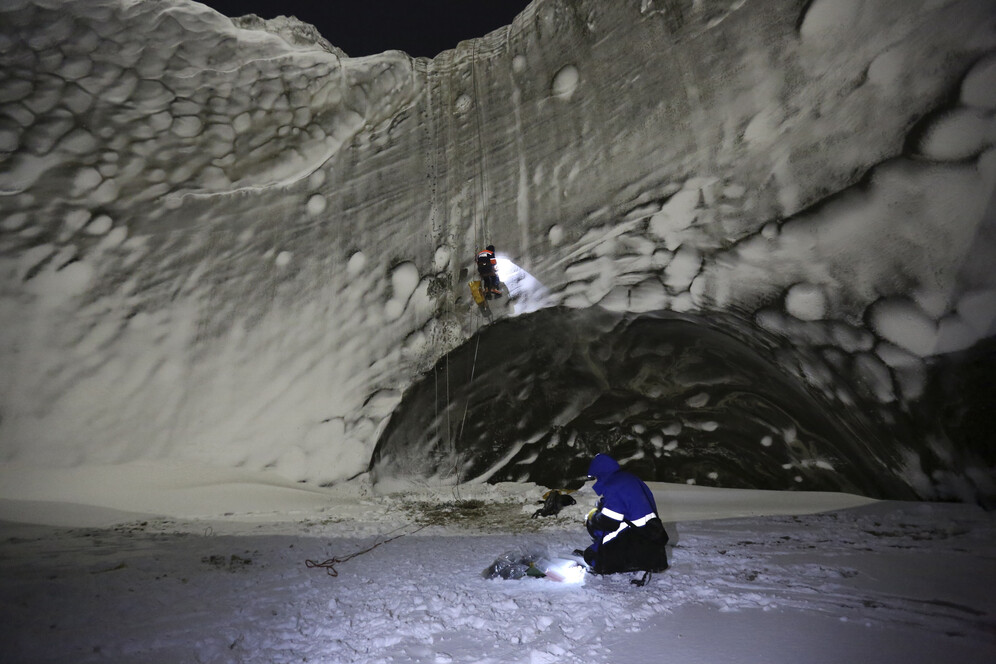 Researchers also hope to learn how to predict where the craters will appear in the future, as the Yamal tundra is home to oil and gas ventures. The craters have also raised the prospects of discovering a new energy source in the form of clathrate hydrate. This ice-like material, which is found in the permafrost, can store up to 170 times its volume of natural gas.

Check out our newest documentary, Black Holes of Yamal, to find out more about these mysterious craters and what they mean for the future of the Arctic and understanding global warming.