The Telly Awards: RTD on the winners' podium
Sri Lanka: History of violence and sectarian tensions

The Yellow Vest protesters in France broke new ground as a grassroots movement that spread through Social Media, bypassing trade union organisations. They also brought some enigmatic acronyms to prominence and gave a new twist to common words. If you want to brush up on your yellow vest vocabulary, here’s a list of the most high profile terms:

Acte: In standard French, “un acte” is a chapter in a play and traditionally, there are five of them. The first Yellow Vest demonstration, on Saturday 17 November, was labelled “Acte 1”, sending a clear message that there were more to come. The protesters didn’t stop at Act Five though and weekly demonstrations continued throughout the winter, they're now at Act 26, and counting. 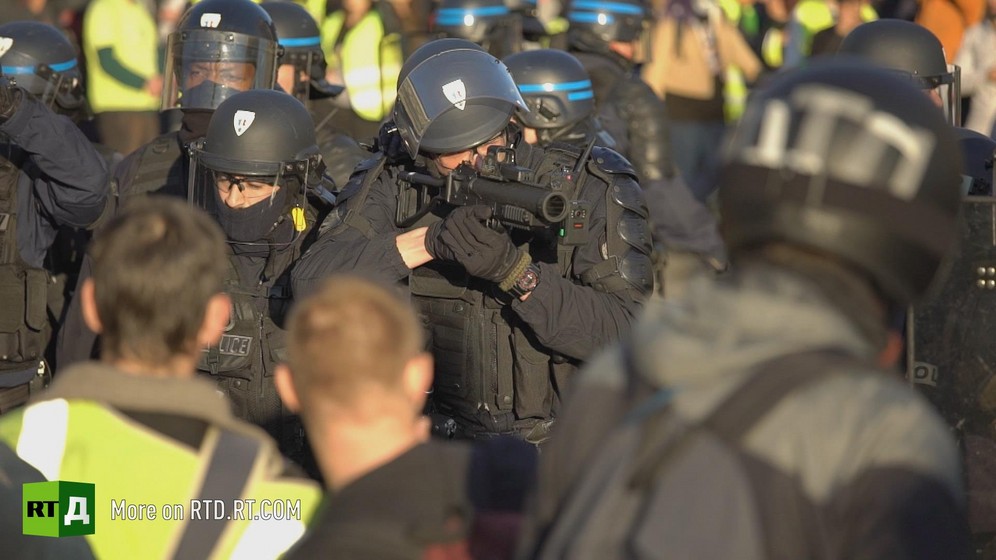 Police use of the LBD40, or flashball, has resulted in serious injuries to Yellow Vest protesters in France. A still from Yellow Vest Fever / RTD

LBD: An LBD or “Lanceur de balle de défense” translates literally as a “defence bullet launcher”. Use of the LBD40 by French law enforcement officers to fire large rubber rounds has proved controversial. Police have been accused of failing to follow the manufacturer’s safety instructions, firing shells at protesters’ upper bodies and even their heads, sometimes from closer than the 10-metre recommended minimum range. Their most famous victim is Yellow Vest celebrity, Jerome Rodrigues, who told RTD how a direct hit from a 60 gramme round left him permanently blind in his right eye. The BAC or anti-criminality brigade is notorious for its brutal tactics. A still from Yellow Vest Fever / RTD

BAC: The Brigade anti-criminalité, in English, the 'Anti-criminality Brigade', is a special type of police unit. The BAC operate outside of local police structures and are supposedly more responsive to rapidly escalating situations than the local police. They are tasked with addressing street crime, particularly in tough neighbourhoods, and with public disorder issues. Most of the time, they wear plain clothes. They are accused of making matters worse with their brutality during Yellow Vest protests. 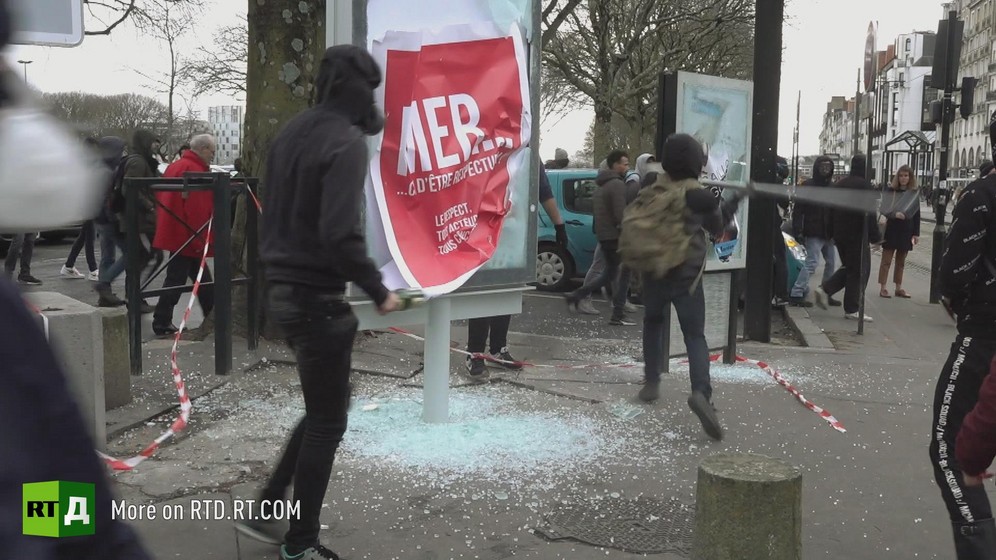 The casseurs, or breakers, are a feature of French demonstrations. The Yellow Vests accuse the government of seeking to discredit their movement by allowing breakers to run riot. A still from Yellow Vest Fever / RTD

Les casseurs: literally the “breakers” are people who turn violent during or at the end of demonstrations, vandalising street furniture and breaking shop windows. They generally hide their faces and operate in groups. They have been a feature of French protests for years. However, unlike trade unions, the Yellow Vests do not have their own security teams, so the breakers have found it easy to turn the protests violent. The breakers‘ backgrounds and motivations are varied: some are underprivileged, disaffected youth from multicultural suburbs. Some are far right or far-left radical activists, including “Antifa”, short for anti-fascists, and Black Block anarchists. They may aim to loot shops or disrupt the State through politically motivated violence. 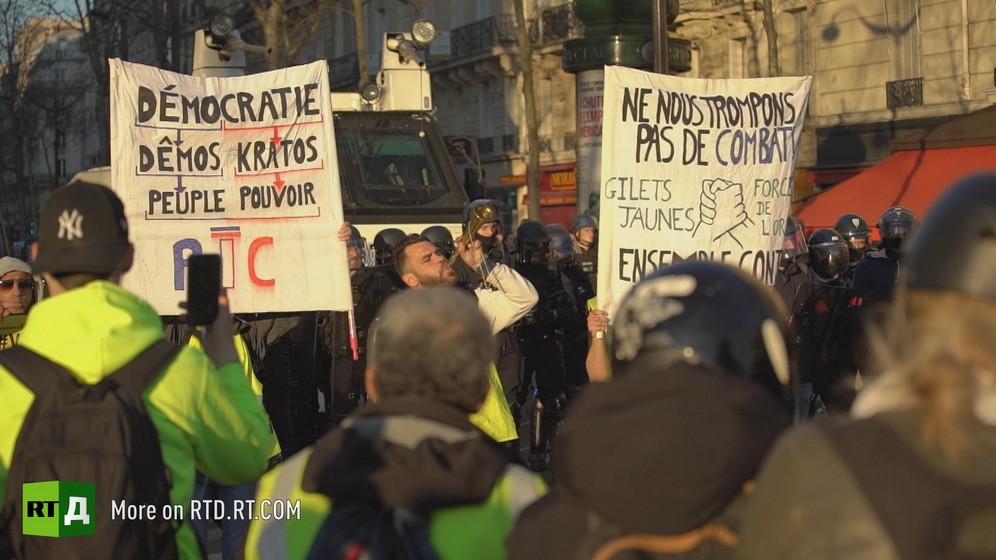 If adopted, the RIC or Citizens' Initiative Referendum would enable ordinary people to control political decision-making. A still from Yellow Vest Fever / RTD

Le RIC: “Le Référendum d’initiative citoyenne”, the citizen’s initiative referendum, has emerged as one of the Yellow Vest movement's key demands. The measure would allow citizens to make political decisions via referendums if they can collect enough signatures, something the French constitution does not allow. The Yellow Vests argue that adopting this measure would give back control over political life to ordinary people. They want to be able to propose bills, to cancel laws, amend the constitution and dismiss elected officials, bypassing Parliament.