Brazil has elected former army captain and far-right lawmaker, Jair Bolsonaro, to lead the country riven by corruption scandal, economic crisis and rising violent crime. Bolsonaro is known for his incendiary remarks about minorities, staunch opposition to abortion and nostalgia for various dictatorships, to name just a few of his peccadilloes. Yet, Bolsonaro dubbed the ‘Trump of the Tropics’ by Western media and ‘Mito’ (the Legend) by his supporters, managed to win the presidential race by a significant margin. Here are some disturbing facts about Brazil’s new strongman.

He is in favour of torture

“I’m pro-torture, you know that, and the people are too,” Bolsonaro said in 1999, calling for the assassination of former president, Fernando Henrique Cardoso. In another outspoken remark, he supported the impeachment of then-president Dilma Rouseff and dedicated his vote to a notorious army officer accused of torturing opponents for the military dictatorship. This was when Rouseff was in prison and herself subjected to torture.

He has a penchant for military dictatorships

"I am in favour of a dictatorship," said then first-term congressman, Bolsonaro, who openly expresses admiration for the Brazilian dictatorship that ruled from 1964 to 1985 and saw hundreds of people 'disappeared' or killed and thousands more detained. The portraits of five military presidents, from what he calls a “glorious” era, adorn his office walls in Brasilia. 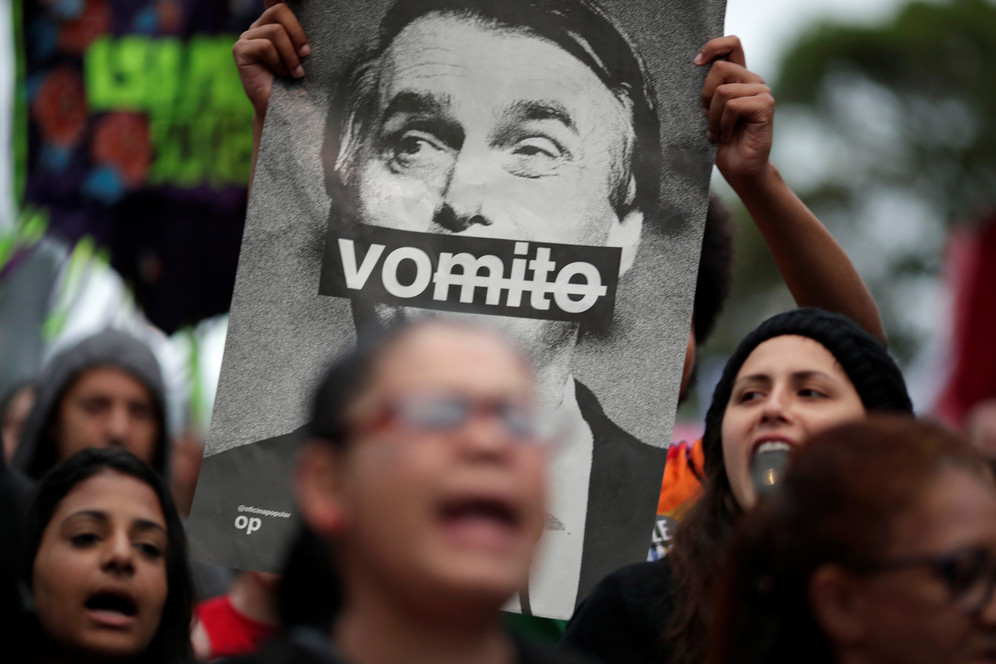 A demonstrator shows a picture of Jair Bolsonaro, that reads: "Vomit" during a protest against him. © Ueslei Marcelino / Reuters

‘She doesn’t deserve to be raped, because she’s very ugly’

The vile slur aimed in 2014 at Maria do Rosario, a fellow Congress member, wasn’t the first time Bolsonaro had said he wouldn’t rape her because she didn’t deserve it, he'd said the same thing more than a decade earlier.

Bolsonaro’s derogatory remarks about women and minorities prompted a social media campaign known as ‘Not Him’ (Ele Nao) with thousands of women leading nationwide protests against him.

Bolsonaro is also strongly opposed to abortion which is already illegal in Brazil except for cases involving rape or risk to the mother’s life. Bolsonaro warned that proposals to loosen abortion laws “will have my veto and Brazilian money will not fund NGOs that promote the practice”. While his stringent stance on abortion raises concerns over women’s rights in the country, it also appealed to evangelical Christian voters who make up almost a quarter of the electorate. 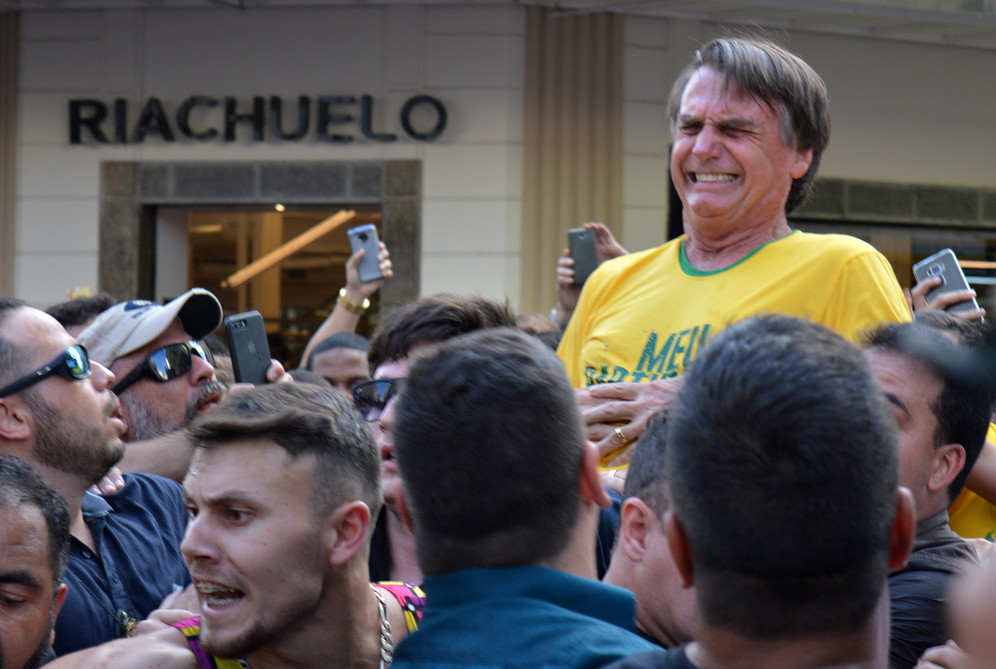 He’d rather a dead son than a gay son

The president-elect is also famous for numerous homophobic rants. “I wouldn’t be able to love a homosexual son. I'd prefer a son to die in an accident than show up with a moustachioed guy,” Bolsonaro said. He also claimed homosexuality was tantamount to paedophilia and suggested that beating children would prevent them from being gay.

A threat to indigenous people

The 63-year-old has vowed not to cede “one centimetre of land” more to indigenous reserves or quilombolas (descendants of Afro-Brazilian slaves), for whom he openly voices disdain. Oswaldo Ferreira, the man likely to be Bolsonaro’s transport minister, claimed the new administration would complete various projects criticized for their impact on indigenous tribes such as the Belo Monte hydro dam, as well other infrastructure projects including roads, railways and plans for other dams in the Amazon basin.

Related: Brazilian neurosurgeon's quest to help indigenous tribes and save the Amazon rainforest