When lockdowns struck at the start of the pandemic last spring, social media were bursting with all sorts of humble yet incredibly annoying accounts of personal grown and effectiveness. It looked as though all our friends and acquaintances instantly turned into productivity mavens. They were cooking restaurant-quality meals, completing art and design projects, mastering crazy yoga poses, reading dozens of books, auditioning university courses… Well, maybe you were also one of those who learned a new language or mastered the art of cutting your hair, but for most people working from home (or being stuck at home) and tending to their daily chores and responsibilities during the pandemic was a hard-enough task to accomplish given all the new challenges we’ve been facing.

Indeed, balancing a demanding job, albeit an online one, with the kids’ remote learning is demanding enough without doing a kitchen renovation or starting one’s own YouTube channel. But whenever one ventured online, peer pressure kicked in really bad. A hysteria of bread baking in the US resulted in a severe shortage of flour, while a sudden urge to finally get in shape turned barbells into a sought-after and rare commodity in Russia. If you didn’t have a newly-acquired six-pack to flaunt or a creative writing certificate under your belt, you felt like a loser and an underachiever who’d wasted all that extra time the universe suddenly bestowed on you. People stuck in their own homes suddenly awoke to their multiple imperfections and felt pressure to sort out every nook in their houses./Hiveboxx via Unsplash

The overwhelming urge to overachieve is something we’re dealing with these days along with quite a few challenges the pandemic has thrown our way. The logic behind it is quite obvious: if life gives you lemons, make lemonade. If life gives you a chance to change your daily routine, to spend less time commuting and more time at home, grab it and use it! But instead of viewing it as a chance to catch up on the long-overdue sleep or watching the TV shows sitting on your watchlist since forever, most of us are too shy to put our needs first. The Western mindset shaped by the protestant work ethics urges us not to waste a nanosecond of our lives, but invest all the spare time we have in ourselves, making us better experts, humans and… commodities. Although we rarely think of ourselves as goods with an absolute value attached to them, the modern world encourages us to treat ourselves this way. Then again, in the times when one feels lucky to keep a job, people feel as if their performance is being appraised continuously by their bosses, weighing in on whom to sack and whom to keep. 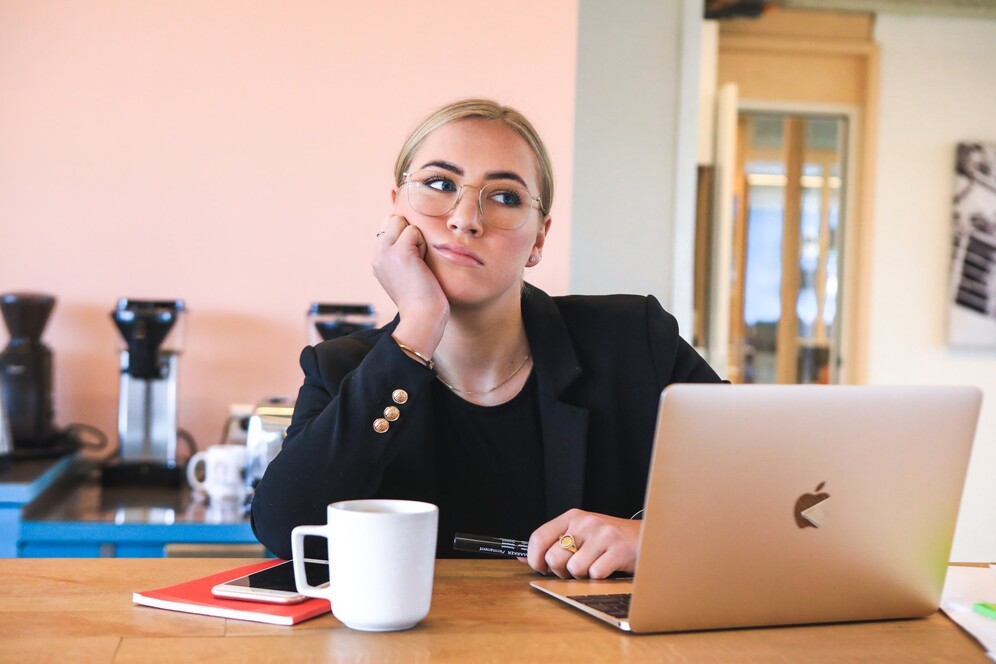 So, instead of cutting ourselves some slack, we tend to exacerbate our work stress by striving to optimise every minute of our lives./Magnet.me via Unsplash

In the book “Can’t Even: How Millennials Became The Burnout Generation” journalist Anne Helen Petersen shares some surprising insights that might help understand why working remotely could stress one much more than going to work every day. For example, she says office workers with kids get as little as 30 minutes of “me-time” a day, which mostly happens during the post-work commute. Once the commute was taken out of the equation, as it did when many switched to working from home, the pressure to use every minute of one’s day productively started taking its toll. Families were faced with non-stop 24/7 parenting that came with a set of responsibilities that was once delegated to daycare, schools or nannies. 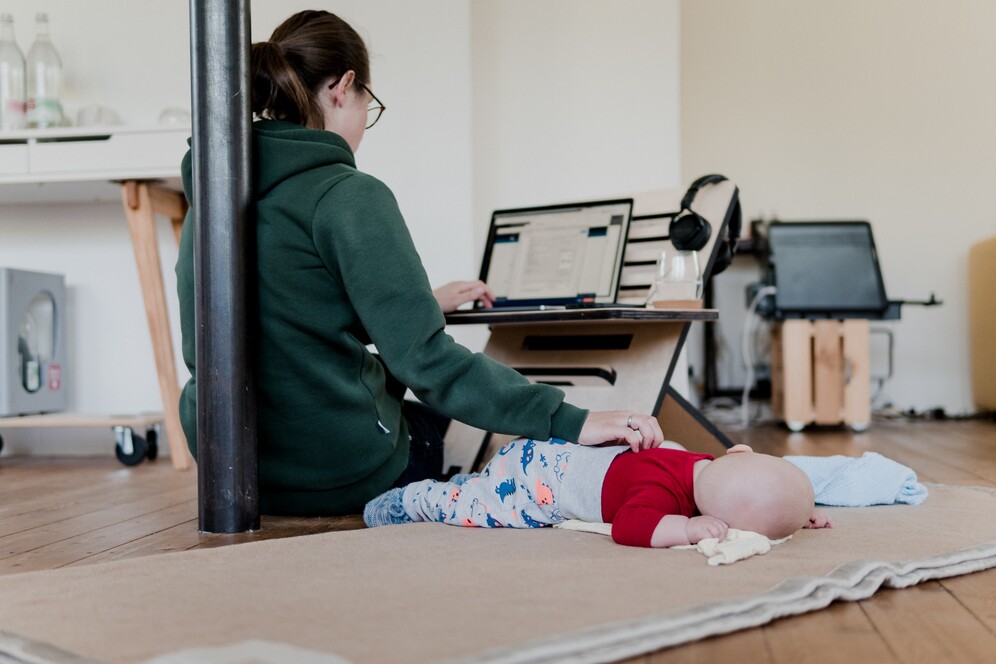 Parenting crashed onto moms and dads who ended up juggling homework, dinners, bedtime stories — and work!/Standsome Worklifestyle via Unsplash

But even for those who don’t have kids, “the pressure to be everything and everyone” inevitably leads to burnout. “Who is having the coolest socially distanced drinks, who is taking up a new hobby, or who has figured out a way to really get in shape?” Petersen said. Combined with health — including mental health — challenges and financial struggles of the past year, the pressure to remain cool can turn into the proverbial straw that breaks the camel’s back. 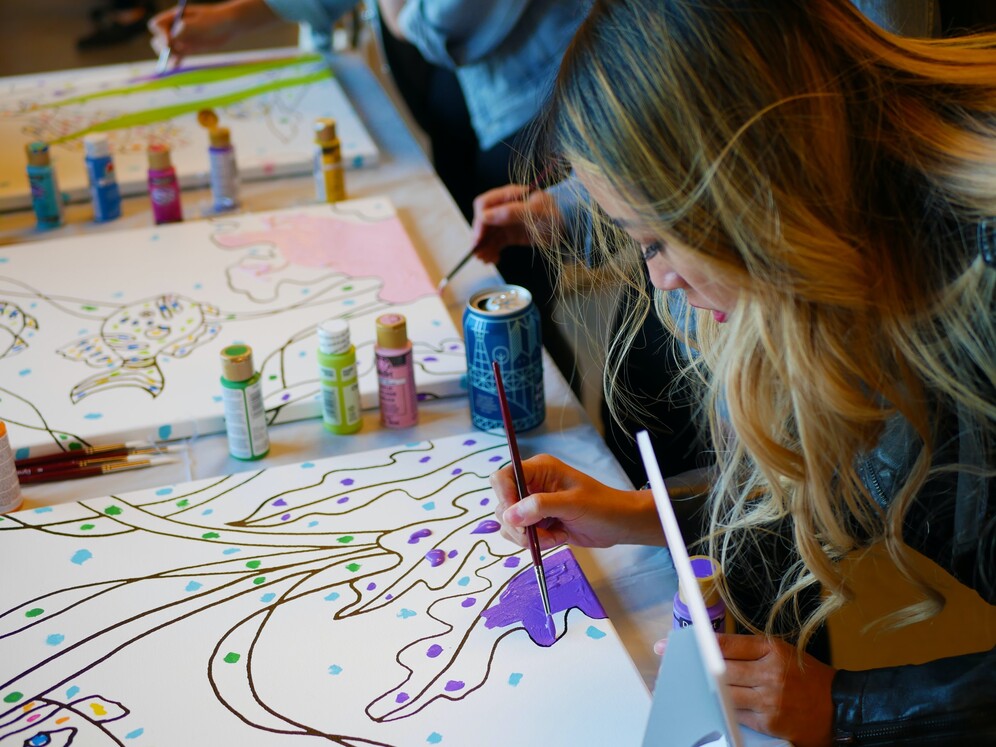 Social media pressure that once urged us to visit the coolest destinations got people engaged in a competition for the coolest quarantine. /Rahul Jain via Unsplash

If you’re one of those who believe the pandemic we’re going through is a chance to amp up your performance, you might want to think twice. Ask yourself: is my newly-developed interest in cooking or my obsession with fitness something I’m doing for myself or rather a way to gain points in the rat race for approval? Is it making me calmer and more content, or drains the last of whatever resources I have left?

In one of her recent Instagram posts American screenwriter and director Lena Dunham poignantly worded a sentiment that many of us have been sharing lately: “Now that I can’t be in the world, maybe I’ll finally… take up karate… build my own furniture… grow geraniums… <…> And so the list grows, the items remain unchecked, and the suggestion of a revamped clean eating plan in my newsfeed somehow feels like a persona assault.” 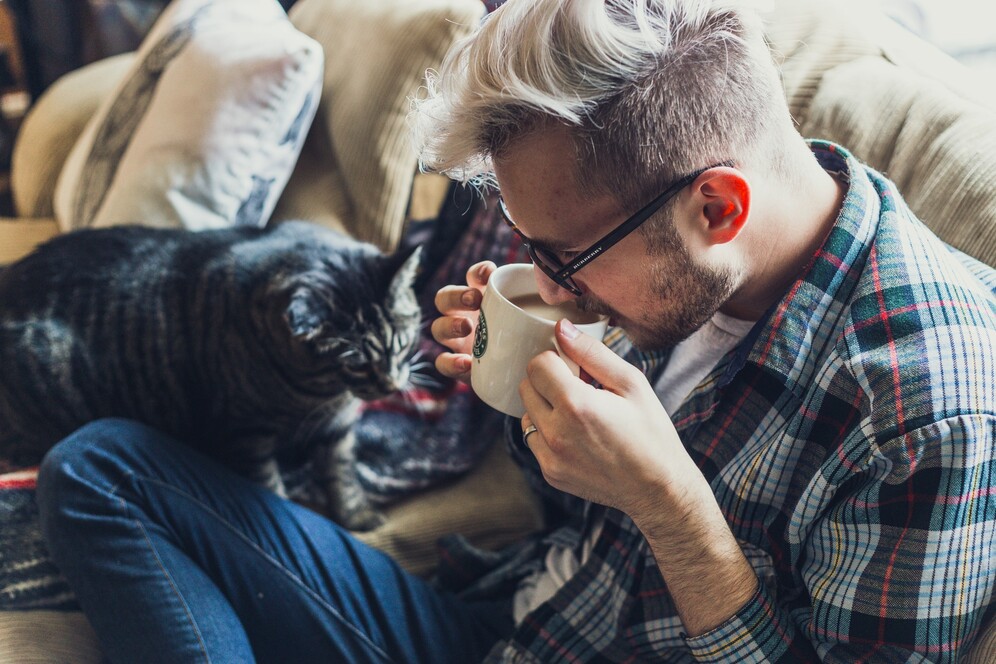 Stress management is, in fact, as important as trying to remain on top of one’s game — career-and socialwise./Priscilla du Preez via Unsplash

Being ok with just being might take more effort than ticking off tasks on the never-ending mental to-do list. Psychologists agree that putting additional pressure on oneself in times as stressful as these is at the very least counterproductive, or worse self-destructive. The semblance of stability that comes with filling up every minute of the day is all but fleeting and can come at a price. While everybody is coping differently, being kind to yourself and feeling ok about underachieving could be ok — for once. This realisation began to settle in as the pandemic stretched from days to weeks to months. Holding on to your daily routines, practising maintenance and care proved to be more therapeutic than trying to overstretch yourself.

Many of us have unwittingly turned our lives into a never-ending pursuit of achievements. But there’s a school of thought that celebrates quite the opposite mindset — that of underachieving. Ray Bennett, the author of “The Underachiever’s Manifesto,” points out that “being alive is by far your greatest achievement.” With the numbers of COVID-19 victims on the rise both in Europe and the US, this could become a mantra of gratitude to help us remember what really matters. Touted as a guide to “living life to the least and loving it”, the “Underachiever’s Manifesto” is not a praise to the lazy-minded, but a witty hymn to moderation and appreciation of what one’s got. 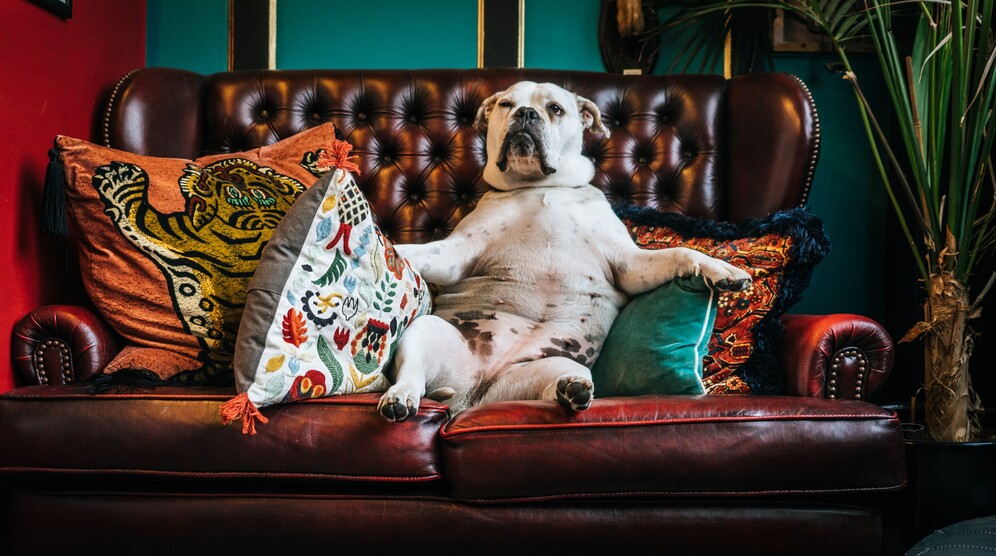 Underachieving may not be as popular as the philosophy of go-getters, but in the times of corona, it could be a useful, even if a temporary tool to keeping one’s wits./Paolo Nicolello via Unsplash

The movement of underachievers (who aren’t afraid to call themselves just that) has been gaining more traction in recent months. A Russian-language Facebook group whose title could be loosely translated as “How to stop achieving and start degenerating” has grown to nearly 11,000 members. Conceived as a platform to share time and energy-saving lifehacks, to support each other’s lack of ambitions and occasionally make harmless jokes on overachievers. The group has been getting more join requests than ever. Feel like sharing a picture of an ugly cooking mishap? Need friendly advice on how to clean pet messes? You’ve come to the right place.

Yes, legitimising a way of life that doesn’t involve continually improving oneself takes a lot of courage. But maybe feeling ok about spending a whole day lounging with a cat, or choosing not to sort out a messy kitchen cupboard, or being generally content with who we are and what we’ve got — maybe that’s precisely what we need right not? Perhaps, a single goal we should set ourselves during the pandemic is to stop making goals? To stop berating ourselves for failing to live up to our own excessively high expectations, and to relinquish perfectionism in favour of anxiety-free… underachieving? Well, there’s no harm in trying.