Life in the Trash: The World’s Most Dangerous Dumps

According to the World Bank, humans produce at least 2.1 billion tonnes of trash a year, enough to fill almost a million Olympic-sized swimming pools. The lion’s share of the garbage is plastic waste – one of the primary land and water pollution sources. Today the world annually throws away enough plastic to encircle the Earth as many as four times. Far from preserving the planet, global waste management has turned into an environmental calamity. Can we reverse the tide of waste?

Tune in to the premiere of The Dump on our website tomorrow to learn about life on a large dump in Bishkek, Kyrgyzstan!

“They Don’t Want to Be Dumping Grounds Anymore”

In May 2021 Turkey banned plastic waste imports from the EU, joining the anti-trash protest started by China in 2018.

“They (Asian countries) don’t want to be the world’s dumping ground anymore,” said Will Nichols, head of environmental research at Verisk Maplecroft, a research firm specialising in global risk.

China, Thailand, the Philippines, and some other Asian countries have lately banned plastic waste imports / Vidar Nordli-Mathisen via Unsplash

For decades, developed nations dealt with increasing waste production by brushing it under the carpet. They stuffed thousands of tonnes of garbage into cargo ships and exported it to developing countries. Part of the trash was recycled, but most burned, turning entire neighbourhoods into toxic cities.

Starting in 2018, several Eastern countries, including China, Malaysia, Thailand, the Philippines, and lately – Turkey, imposed bans on waste imports. These bans are changing the global waste management dynamics and urging industrialised nations to face and address the trash crisis. 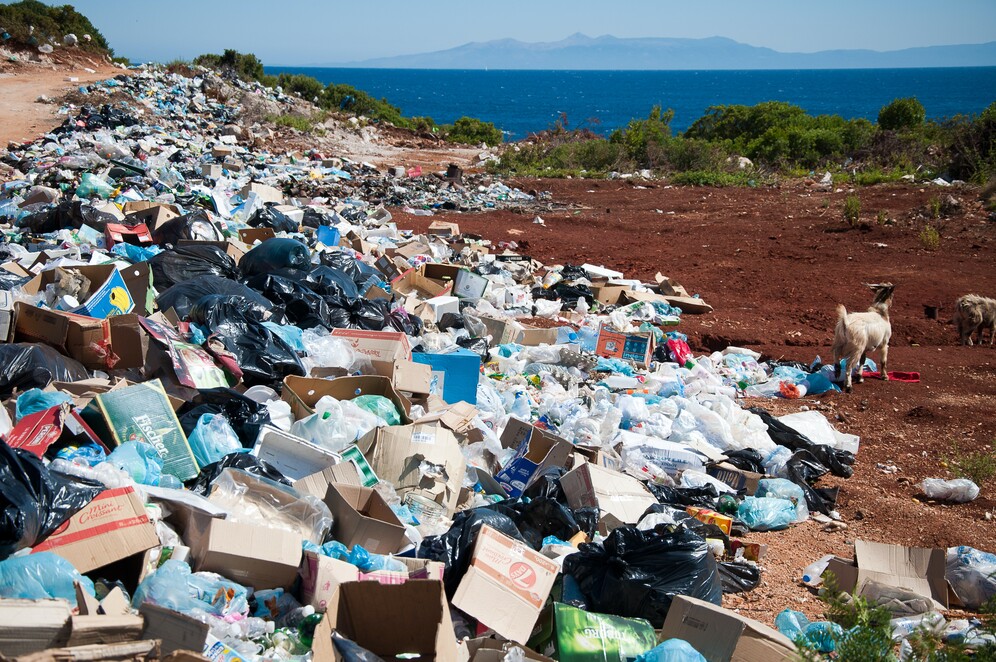 While optimists suggest the situation will give a boost to green waste management technology, pessimists fear western nations will shift their rubbish exports to other regions, primarily in Africa.

No Time to Waste

The US, China, and Brazil are among the world’s largest garbage producers / Ananya Bilimale via Unsplash

Though the trash crisis is a truly global issue, the repercussions of poor waste management are particularly acute in low-income countries, where garbage collection rates are often under 50 per cent. In addition, rapid population growth and urban expansion are producing increasing amounts of garbage, putting additional pressure on the already overstretched waste management systems.

The stench of enormous dumps on city outskirts, piles of trash on riverbanks, dense smoke from open burning of partly toxic waste, flies, and rodents all over the place are all too familiar scenes.

Developing countries are disproportionally affected by the global waste crisis

Apart from economic, environmental, and health ramifications, poor garbage management has a social dimension. With trash being piled chiefly on land in poor neighbourhoods, shortfalls of waste management disproportionally affect the least fortunate.

Left with the choice between starvation and waste collection, one per cent of city dwellers in low-income countries choose to trawl through the debris on landfill sights and dirty streets. Unfortunately, many of these trash pickers are exposed to hazardous matter as they try to keep afloat.

For many urban residents in low-income countries, garbage picking is the only source of income

To illustrate the scope of the issue, RTD gives you a selection of the world’s top dumps, where people attempt to scratch a meagre existence amid acrid stink and filth.

The Zabbaleen now use garbage trucks and donkey carts to take the rubbish back home, where they sort it and recycle an astonishing 85% of their haul

Zabbaleen is a township of rubbish collectors on the outskirts of Cairo, in Egypt. Though playing a crucial role in Cairo's waste management system, Zabbaleen residents live on an actual dump. And the price of living there is high.

Along with its foul odour, the trash emits toxic gases that can have devastating health consequences. The district’s infant mortality rate stands at 11.7 percent, more than twice the Cairo average, though down from a high of 25 percent in the 1980s. According to the local NGO Spirit of Youth, there’s also a severe risk of catching hepatitis C from syringes in the trash. Almost half the Zabbaleen population has been infected.

Agbobloshie is a graveyard for electronics…and people. Located in the suburb of Accra, Ghana’s capital, it is an enormous landfill site, where digital appliances discarded by developed countries are dismantled for scrap.

The process employed by those working there involves burning the plastic casings to uncover metal components. As a result, highly toxic chemicals are released into the environment. 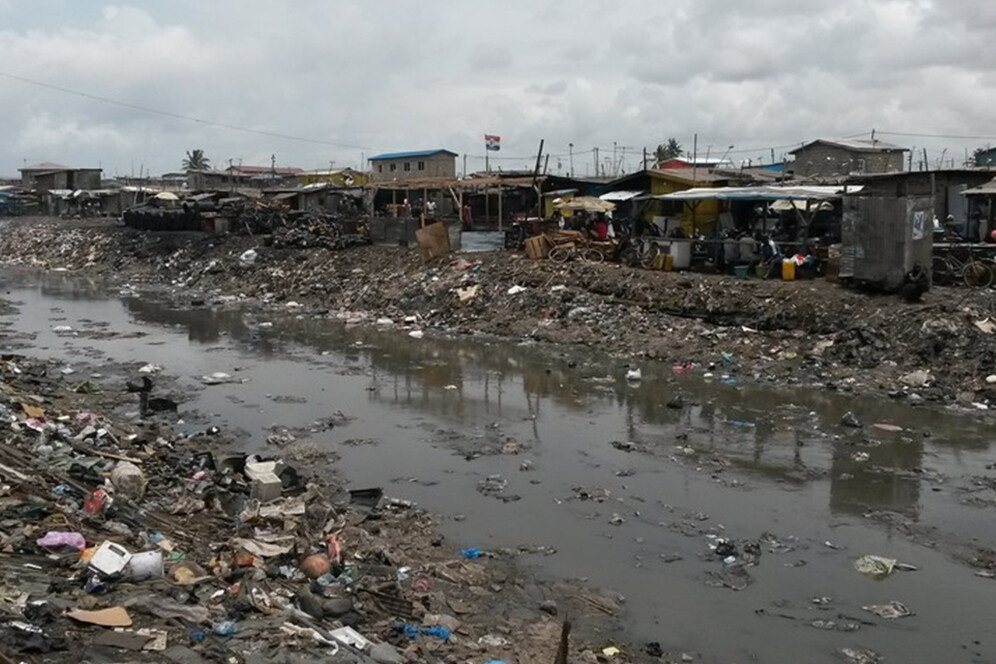 The Agbobloshie site operates without any health and safety regulations, and every day those living and working there, including young children, are exposed to substantial health risks. Despite this, for many locals, the site remains the only available source of income. 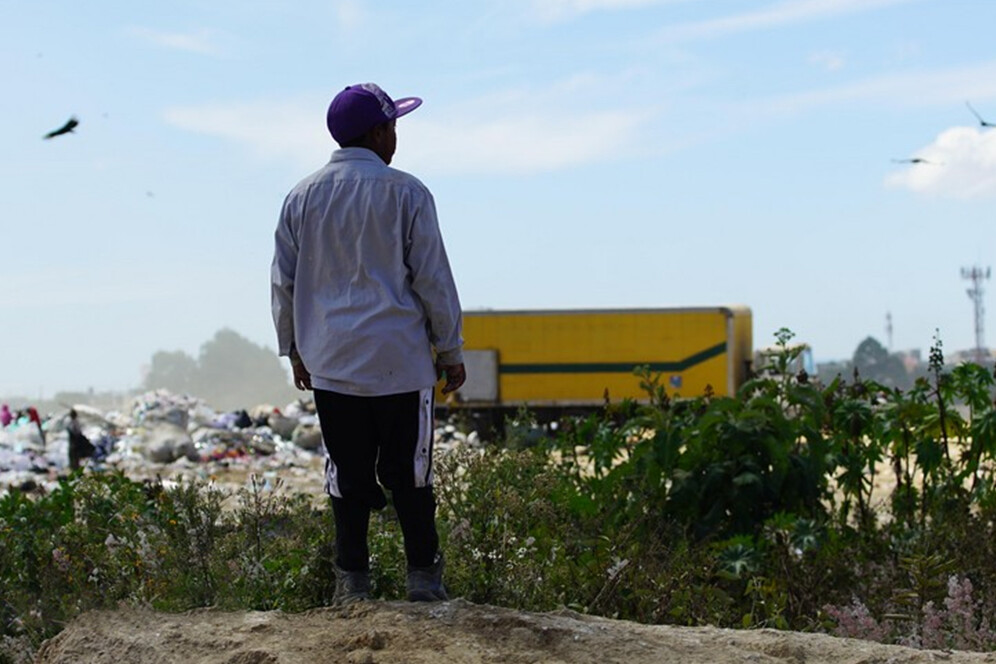 Zone 3, or ‘Dump’, is the most dangerous quarter in Guatemala City, Central America’s biggest city. It’s home to an enormous landfill site, known locally as ‘The Mine’.

The pollution caused by rubbish is not the only hazard putting locals’ lives at risk. Raw sewage from the city flows through the dump, and twice a year, floods cause mudslides in which the unwary are often buried alive in the rubbish. Besides, Zone 3 is a haven for criminal syndicates, so rubbish collectors must take pains not to incur the wrath of gang members.

Raw sewage from the city flows through the site, and twice a year, floods cause mudslides in which the unwary are often buried alive in the trash

Some locals compare “The Mine” to a wild beast, predatory and unpredictable; others believe it to be haunted by evil spirits. Even so, the trash pickers can’t afford to leave. The dump remains their last hope to keep their families afloat.

Today Campania is one of the most polluted areas in Italy

Though bearing the main burden, low-income countries are not the only ones to suffer the consequences of the global waste crisis, and this landfill is a vivid example.

Campania, known in Roman times as Campania Felix, or “fertile countryside”, is a picturesque region in southwestern Italy. It is famous for the historic city of Naples, the majestic Mount Vesuvius, scenic nature, and delicious food.

However, in the past three decades, Campania has acquired a much less enviable reputation. Illegal toxic industrial waste disposal by mafia groups has poisoned the soil, groundwater and air in the region now famous as the “Land of Fire” – because of the endless burning of rubbish. Moreover, some suggest the waste hasn’t just come from Italy but from all over Europe too, and much of it is radioactive.

An investigation into illegal toxic waste dumping began in the 90s when police officer Roberto Mancini uncovered the ‘eco-mafia’s’ criminal activity. Yet, despite his findings, the case was closed, and local concerns were brushed aside. It wasn’t until 15 years later that the case was reopened

Now though, thanks to extensive media coverage, the government is at last paying attention to local demands and has recently made illegal dumping a criminal offence. Stopping the practice though, remains a challenge.

The enormous landfill near Bishkek, Kyrgyzstan’s capital, is home and office for hundreds of people unable to find a job in the city.

Scavengers at the Bishkek landfill end up there for many reasons. Some lost their home, and others suffered from substance abuse. For many scavengers, the dump is their only source of income. Many toil away all day long, ignoring pain and health hazards. They don’t feel ashamed of working there and feel grateful to the landfill as their last hope is to survive and provide for their families.

Most garbage collectors don’t feel ashamed of their occupation and feel grateful to the dump that allows them to survive
“I’ve been working here for 15 years, but luckily my health is still OK,” says one elderly lady collecting plastic and cartons at the dump. “You can’t think about the dirt and germs that make you sick. You can’t take it too close to the heart or be too squeamish. If you constantly worry about various ailments, you can contract weird stuff even in the cleanest places. It’s all in God’s hands. If this job helps put food on the table, we can’t be squeamish.”

The little money they make is usually enough to cover daily expenses. However, sometimes whole families work at the dump: working together, they can earn much more.

Some locals have worked in the dump for over 10 years

The work at the dump is full of horrifying surprises. Dumpsite residents regularly come across dead bodies and abandoned babies.

RT Documentary’s new film offers an inside look at life on a dump, as locals share their tragedies. What’s their life like? How much money do they make? Is it possible to escape such a life?

To find out, tune in to the premiere of the English version of the Dump on our website on Monday!

How Can We Win the Battle With Trash?

As the global waste crisis unfolds, the UN says there are still ample opportunities for managing the waste sector in a more economical, environmentally and socially friendly ways. Matthew Gubb, Director of the United Nations Environment Programme’s International Environmental Technology Centre (IETC), highlights the waste sector as “a model area for greening the economy”. 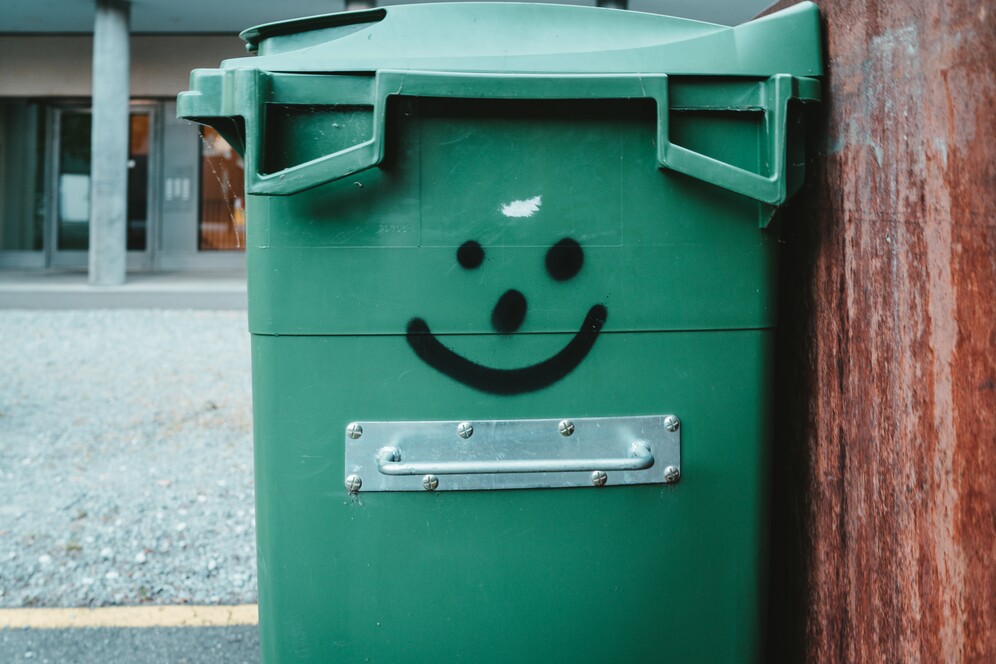 The solution could lie in technological innovation and a change in social habits reducing or even removing the need for dumps and incinerators.

However, both solutions will require considerable effort, political will, and investment. While developed democratic nations like Italy have all the ingredients to succeed, countries like Ghana and Guatemala seem unlikely to manage independently.

Are they bound to remain the world’s dumping grounds?