From ex-cop to exile: Former police officer flees US after exposing crimes in his department

As a police officer for the Palm Beach County Sheriff’s Office in Florida, Mark Dougan witnessed endemic corruption, misconduct, and brutality for six years. The penchant for engaging in unethical behaviour was so deep-rooted among his colleagues that he left the force and launched a personal crusade against them. However, blowing the whistle on people in positions of power cost him dearly. 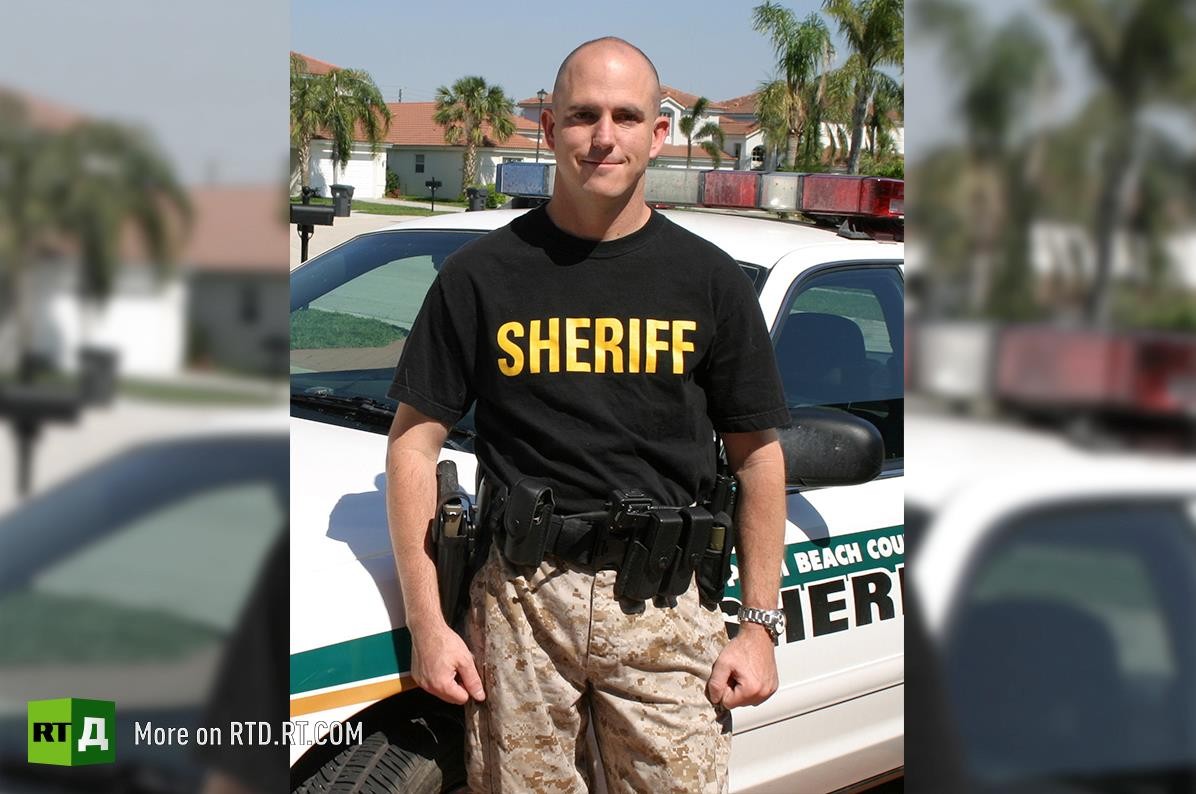 John Mark Dougan worked as a police officer for the Palm Beach County Sherriff’s Office in Florida from 2002 to 2008. He resigned because of the “blatant criminal activity” he witnessed in law enforcement.

As a former Marine, Dougan joined the police force in 2002 in search of something “more adventurous than office work.” However, he soon began to notice that “something wasn’t right.” A police chief ordered him to watch over – rather than arrest – drug dealers who were related to town officials, and the force never took any disciplinary action against a fellow cop famous for frequently “brutally beating minorities,” Dougan recalls. Dontrell Stephens, 25, was left paralyzed after a Palm Beach County Sheriff’s deputy shot him four times. The deputy stopped Stephens for a bicycle infraction and opened fire because the black man allegedly reached for his waistband. / A still from Breaking Bad Wolf.

Dougan anonymously filed a report on a colleague who had been using excessive force on suspects. He said Sergeant Brent Raban had been boasting about his conduct on Facebook by posting photos of the bruised people he had beaten. Instead of looking into the allegations, internal affairs launched an investigation to find out who had reported on Raban.

RELATED: The Reasons Behind Police Brutality in the USA

In 2008, Dougan resigned, determined to “start exposing… what [police] were hiding from the regular American people.” The tech-savvy ex-cop launched an online forum called PBSOtalk, which provided an anonymous platform for anyone who wanted to expose what Dougan called “the culture of corruption under Sheriff Ric Bradshaw.”

In 2012, Dougan published a batch of compromising photographs showing local police officers posing with a naked woman on a golf course. One of the men in the pictures was Robert Van Reeth, who was in charge of the Sheriff’s Office’s Internal Affairs division. However, PBSO said that the officers hadn’t broken any rules because they were off-duty and on a private golf course. “The sheriff [Ric Bradshaw] swept it under the rug,” Dougan says. 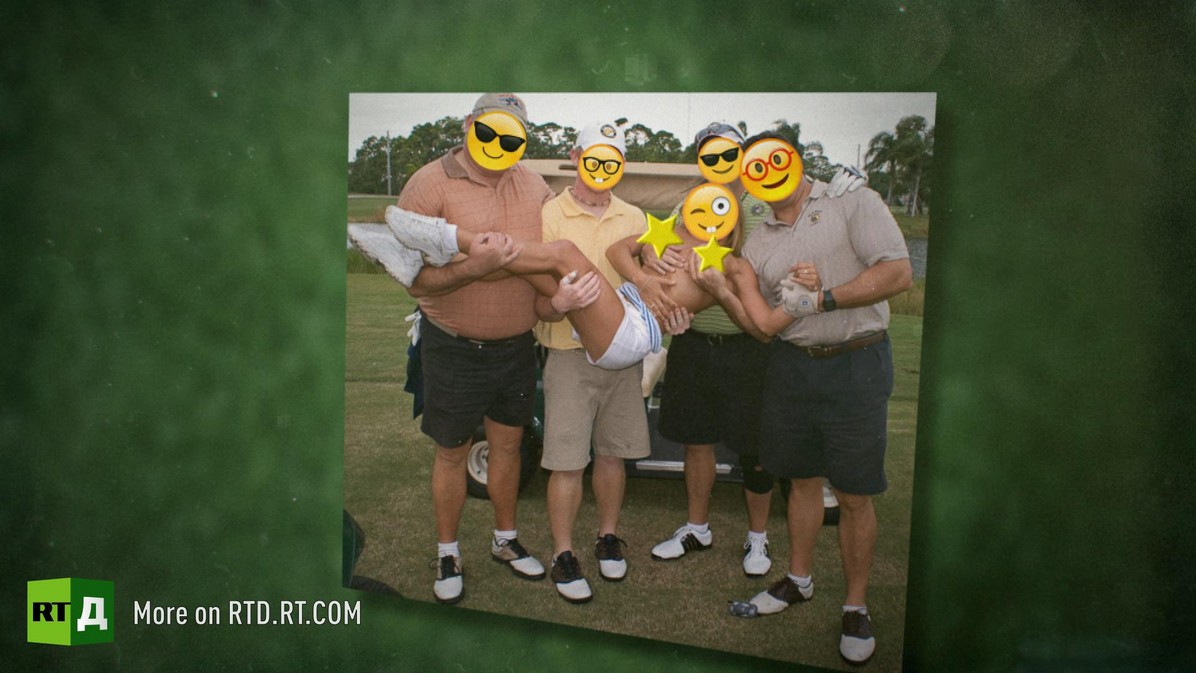 Dougan also made use of some dubious tactics in his crusade against PBSO’s brass, such as posting images of Sherriff Bradshaw and Chief Deputy Michael Gauger photoshopped to look like Hitler and Mussolini. The ex-cop reportedly created fake news websites where he posted made-up stories about PBSO officials, along with authentic articles that he had plagiarized from legitimate outlets.

“They really wanted Mark Dougan, that’s what I believe,” says former PBSO Deputy Rick Sessa. In 2016, Dougan posted the confidential addresses of thousands of federal agents, prosecutors, cops and judges from Florida counties that he claimed had been obtained by a Russian hacker known as ‘BadVolf.’

It was “playing by their rules,” Dougan says.

Shortly thereafter, the FBI raided Dougan’s home and seized all of his electronic devices. Dougan says he felt compelled to flee the US, because “what would you do, if you know you’re facing imminent death.” Dougan drove to the Canadian border, where he rented a Cessna, telling the pilot that he wanted to take pictures over Canadian territory. 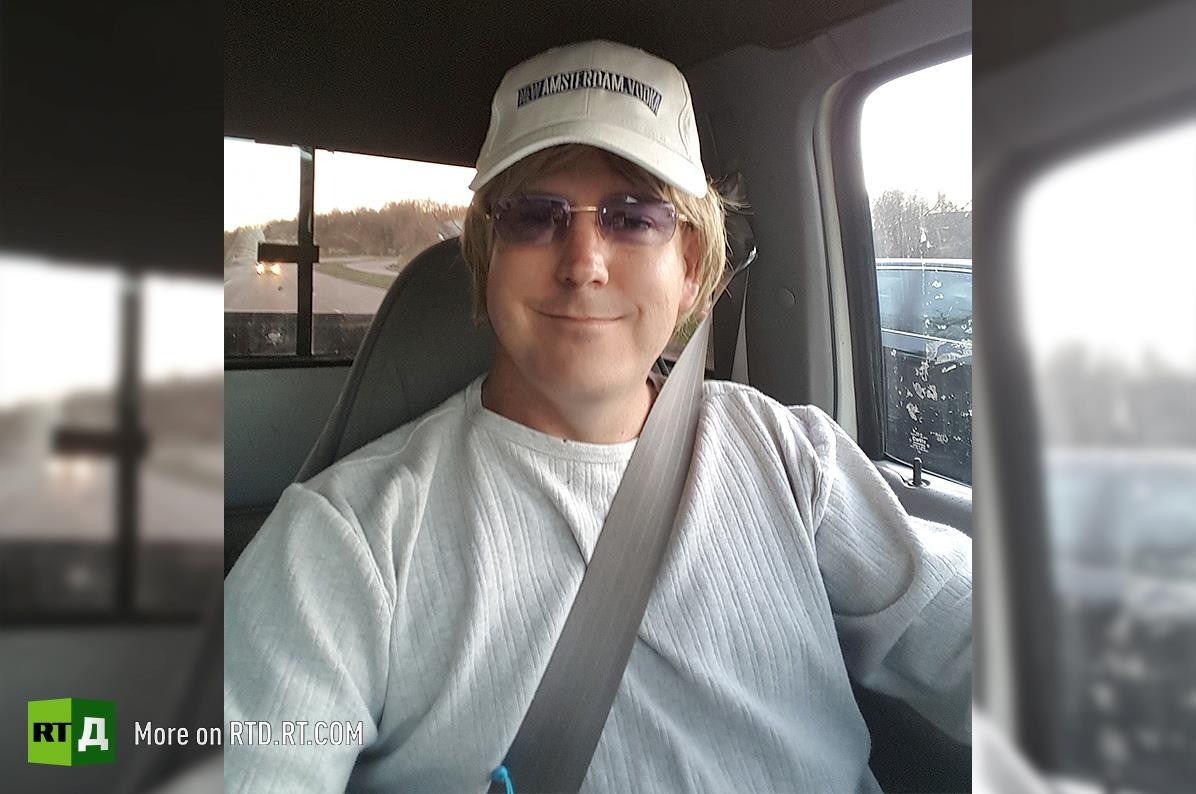 “I was looking at 35 years in jail, if I didn’t get murdered first,” Mark Dougan says. The ex-cop wore a disguise – a wig and sunglasses – as he sneaked out of Palm Beach Gardens, Florida.

The fugitive ex-cop faked a heart attack to force an emergency landing in Canada and then made his way to Toronto. From there, he took a plane to Istanbul before finally reaching Moscow, where he was later granted political asylum.