“I was correcting God's work”: How a Soviet surgeon successfully performed the first gender reassignment surgery and almost lost his career
Crises bring technologies to the front: Spanish Flu and COVID-19 – a century apart yet strikingly similar

The bug that blew up culture: Is reopening NOW worth the risk?

On September 6th Russia’s Bolshoi Theatre opened its 245th season after almost six months of quarantine caused by the global coronavirus pandemic. The audience wore masks and had their temperatures checked at the door. The fans were seated apart in a half-empty auditorium.

Still, they didn’t mind a bit: they were elated to be back for a stellar performance of Giuseppe Verdi’s “Don Carlo”, starring world-renowned Anna Netrebko alongside Ildar Abdrazakov, Yusif Eyvazov, Agunda Kulayeva, and Elchin Azizov on the historical stage. The second performance two days later was completely sold out, the third and final was scheduled for September 10th.

“We are opening the season with great joy on the one hand, and on the other hand with caution because coronavirus did not go anywhere,” said the Bolshoi Theatre director, Vladimir Urin, in an interview with the Izvestia newspaper.

But the joy was short-lived: on September 10th bass Ildar Abdrazakov announced on social media he’d tested positive for coronavirus. On his Instagram he wrote “The day before yesterday evening, after the second performance of ‘Don Carlo’ at the Bolshoi Theatre, I felt unwell, I had a slight fever, and I decided to retake the coronavirus test. A preliminary positive result came this morning.” Needless to say, the evening performance was cancelled. 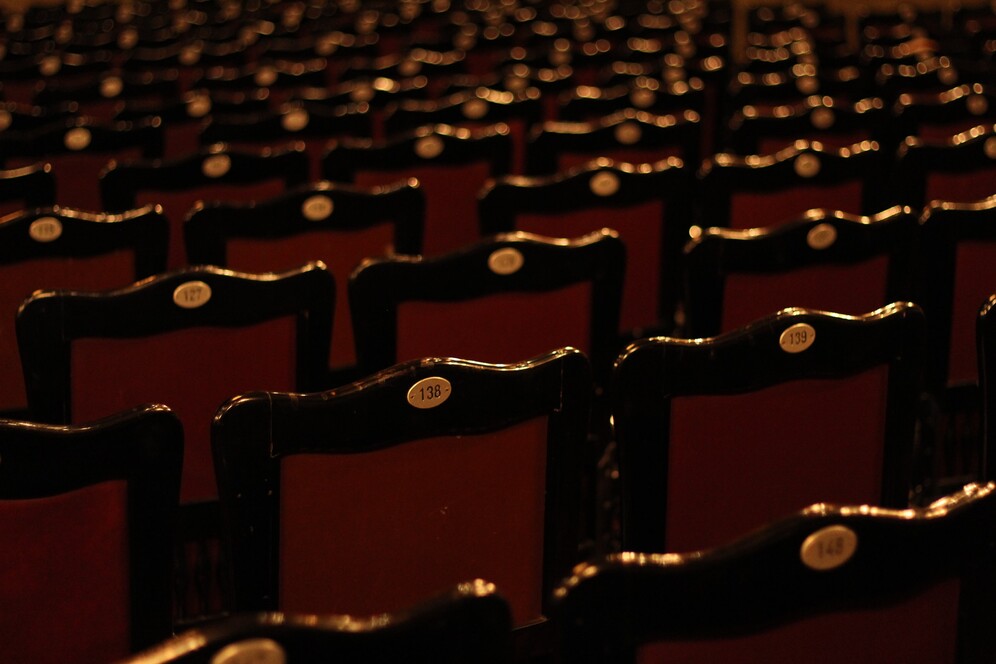 After a lengthy ban on cultural and public events, Russia has finally started reopening its theatres, museums and concert halls/Michael Mora via Unsplash

Given the recent surge in Russian coronavirus cases with 5,363 confirmed new infections on Thursday, one can’t help wonder if the move was a bit rushed. Three weeks ago, RBC reported both the Bolshoi and Mariinsky theatres were hit with COVID-19 outbreaks among the ballet dancers. The Mariinsky postponed rehearsals of the ballet “Giselle”, and suspended all performances of “La Sylphide” and quarantined its ballet company until all of them tested negative.

The news caused a stir among European ballet companies which were planning a comeback as well. After a five-month lockdown the Staatsballett Berlin, one of Germany’s major companies, held a series of in-person gala performance on August 27-29 with the maximum of six performers on stage, dancing at least three metres apart from each other. As for the Bolshoi, despite cancelling the September 10th “Don Carlo” opera performance, it still went ahead with the opening of its ballet season the very same night with a one-act programme that involved some contact between dancers.

The @clevelandballet came to @UHhospitals atrium (with masks) to honor our health care workers. This is one of the first live ballet performances since the pandemic. pic.twitter.com/SpNWrogkzI

Since June, Moscow has been gradually lifting the restrictions introduced during the lockdown. Indoor dining, swimming pools, movie theatres, museums and libraries are now open to the public. Theatres were allowed to welcome back audiences as early as August 1st; however, most of them decided to take some time to rehearse and scheduled their first nights for early September. Compared to their Russian colleagues, many European theatre, opera and ballet companies were far ahead. Some began classes in May and even presented a few open-air productions over the summer, such as the Hampstead Garden Opera in London, San Carlo Opera Theatre in Naples and Brighton Open Air Theatre on the south coast of England. But the question of how one can resume indoor performances safely for both artists and audiences is one that many companies across Europe and America have to grapple with. Despite Russian coronavirus cases on the rise again Moscow’s movie theatres and concert halls reopened on August 1st.

Although several major movie theatre chains’ (including the world’s largest circuit AMC) planned to resume operations in the middle of August, New York along with Arizona, California, Maryland, New Jersey, New Mexico, North Carolina, Washington, DC, and Washington state, decided to hold off until local guidelines would allow. Even though all of the chains intend to implement new health and safety measures, such as reduced seating capacity, Governor Cuomo said “movie theatres are not that high on the list of essentials”.

Confined crowded locations (like concert halls, aircraft and gyms) where people end up crammed together for hours at a time pose a much higher threat of contagion, no matter how far apart they are placed and how efficient the ventilation system is/Edwin Hooper via Unsplash

Quite a few open-air events, including Glastonbury, Mawazine and Coachella festivals decided to cancel this year, too. Despite 135,000 tickets sold within an hour, Britain’s Glastonberry Festival cancelled its extravagant 50th-anniversary celebrations in June, offering audiences videos of past festivals instead. Being arguably the biggest music festival in the world, Mawazine in Morocco which attracts 2.75 million viewers each year was called off, too.

After months of being quarantined and deprived of live entertainment, many people are so hungry for in-person events that they tend to throw caution to the wind and hope for the best. Still, some organisers manage to devise formats that ignite interest while ensuring safety.

The internet went wild for Barcelona’s Gran Teatro del Liceu reopening in June. The first performance for a “live” audience was Puccini’s “Crisantemi” delivered by the Uceli Quartet and enjoyed by… nearly 3,000 potted plants, “seated” before the stage.

Despite becoming an internet sensation, this performance made it painfully apparent that without paying customers (potted plants not being among them) cultural institutions are in danger of going bankrupt and ceasing to exist. In times like this, government support is needed even when auditoriums are filled to 30-40% capacity mandated by social distancing; otherwise, it won’t be economically viable for them to reopen.

In the current situation, the US government promised to allocate $75 million to non-profit arts institutions in all 50 states. In comparison, the UK parliament pledged to allot almost $2 billion to various cultural institutions. That being said, indoor performance in the UK resumed on August 1st with London’s West End representing over 90,000 jobs, opening its doors for the first time since the shutdown in March. As for Broadway, it will likely remain dark through January 3rd, 2021.

So, it’s not only fans who hope things get back to normal sooner rather than later. People who earn their living through performing arts – musicians, dancers, singers and actors - were among the first to see their livelihoods wiped out in mid-March. So being able to resume work is crucial for most of them. Many large and wealthy cultural institutions ended up sacking or furloughing a large percentage of their staff. The Metropolitan Opera fired all of its orchestra. It cancelled the first part of its season, deciding to deliver some of the operas in a concert rather than staged format to save on the cost of new productions.

Despite a $3.3 billion endowment, The Metropolitan Museum in New York which celebrates its 150th anniversary this year was forced to cut its staff by 20% to trim costs.

The museum reopened on August 27th but is expected to lose a large chunk of its $300 million yearly budget after being closed for almost six months. Local theatre companies and museums who lack generous donor support were hit even harder. According to a UNESCO survey, nearly 90 per cent of the world’s museums had to close during the pandemic, and reopening them won’t be an easy task.

But even though re-openings are imminent and one cannot keep life on hold forever, hasty decisions to lift the ban on public events often become subject to revision when coronavirus cases surge. After almost two months of gradual easing of coronavirus-related restrictions, on September 9th, British Prime Minister Boris Johnson introduced a new set of stricter Covid-19 isolation measures. The measures limit people congregating to six maximum, with on-the-spot £100 fines for anyone exceeding that number. The steps followed a spike in new COVID-19 cases reported for several days in a row, reaching 3,000 every day across the country.

Hong Kong Disneyland was forced to close on July 15th when coronavirus cases started to mount up, after having been open for less than a month.

The city limited its public gatherings from 50 to 4 people and closed all major public venues. Faced with a similar situation Orlando’s attractions, including Disney World and the Universal Studios Park, decided to remain open through the surge in cases that hit the state in July and August. Moreover, the parks reached their full capacity during the Memorial Day weekend, with lines stretching for hours. 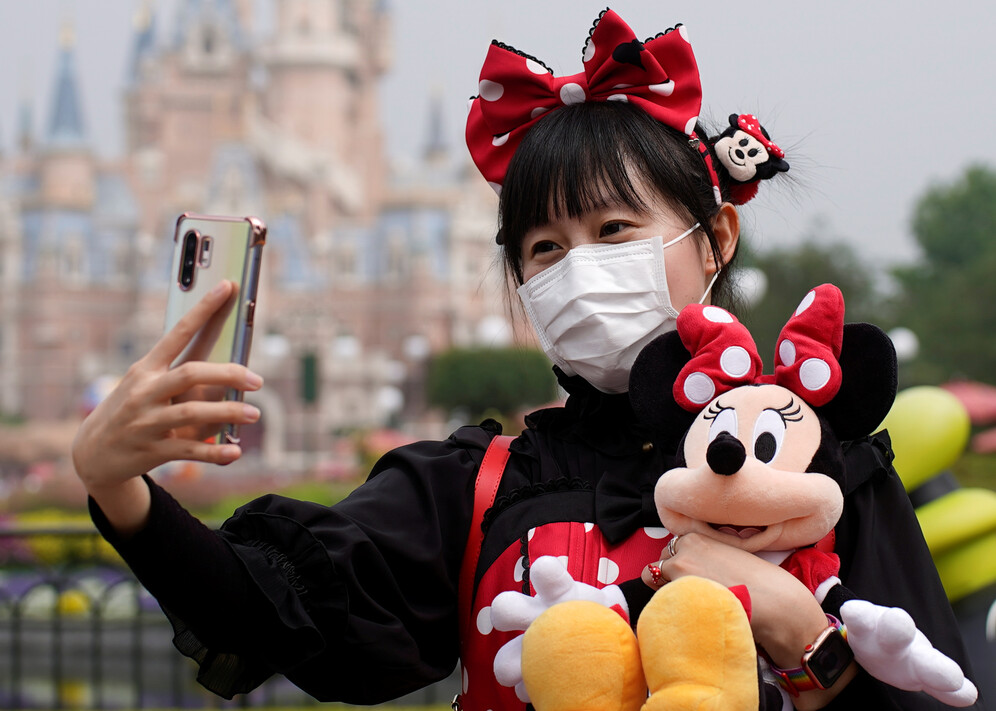 With several European countries reporting their most daily coronavirus cases since March, and a number of them revisiting regulations on public gatherings, it’s becoming apparent the pandemic isn’t nearly over despite our best efforts to end it. Yes, shuttered attractions aren’t conducive to the recovery of tourism, which feeds many a city budget. Yes, cultural institutions have done their best to reinvent themselves digitally, but online performances won’t bring enough money to safeguard their financial integrity in the foreseeable future. So rather than reopening museums, theatres and performance venues against one’s better judgement at the risk of aggravating the spread of the virus, it’s crucial to come together and find ways of providing sustainable funding to cultural institutions, weatherproofing them from storms like this one.