“Sugar Conspiracy”: How Sweet Tycoons Convinced Us Sugar Is Not Bad and Pinned the Blame on Fat
From Smell Terror To Smell Harassment: How much do we depend on smells?

Buzz without the booze: Nootropics, adaptogens and cannabis step in for alcohol in drinks

Millennials are cutting back on alcohol. Along with red meat, sugar and saturated fats, booze is often frowned upon as unhealthy and “so very Baby Boomer”. Alcohol has traditionally played an enormous role in both American and European cultures. The generation that reached official drinking age five or so years ago has started to question if alcohol is needed to lubricate their social experiences, business interactions and relationships.

They want more control of their bodies and emotions and are generally more wellness-oriented than their moms and dads, some of whom maintained a nightly routine of vodka martinis or beers for most of their adult lives. The emerging mindset of “sober curious” isn’t the kind of a 12-step approach that helps fight addiction or preaches zero-tolerance. It’s instead a health-driven attempt to cut down on alcohol consumption without missing out on socialising and, interestingly, the buzz that comes with it!

While nursing a glass of seltzer with lemon all night might be someone’s idea of fun, alcohol alternatives don’t have to be boring - and this is where the beverage industry has stumbled upon a lucrative niche.

A decade ago the only option for those conscious about what they were putting in their body (and about what they’d feel like the morning after) would be alcohol-free beer. Now there’s a whole array of drinks that helps people enjoy themselves and feel good about their choices at the same time - be it merely avoiding booze on weekdays, or sticking to the Dry January challenge after overindulging during the holiday season.

Alcohol-free bars: not just for the Shirley Temples!

Dozens of bars open - and go out of business – in New York, each year and the addition of a new one never causes much of a stir. But when the “Getaway” bar opened its doors in Greenpoint, Brooklyn last spring, it became a minor sensation because it was only serving non-alcoholic cocktails. Instead of whisky or gin, fancy creations sport ingredients like coconut milk and elderflower syrup. The sugar rush is the only high one can count on after a few cocktails in this hip oasis of booze-free fun, although the tab will be painfully similar to the one you’d pick on the night of no-nonsense liquor consumption. Still, the place is packed most nights, so there’s a demand for pub-like joints that take the stigma out of non-drinking. 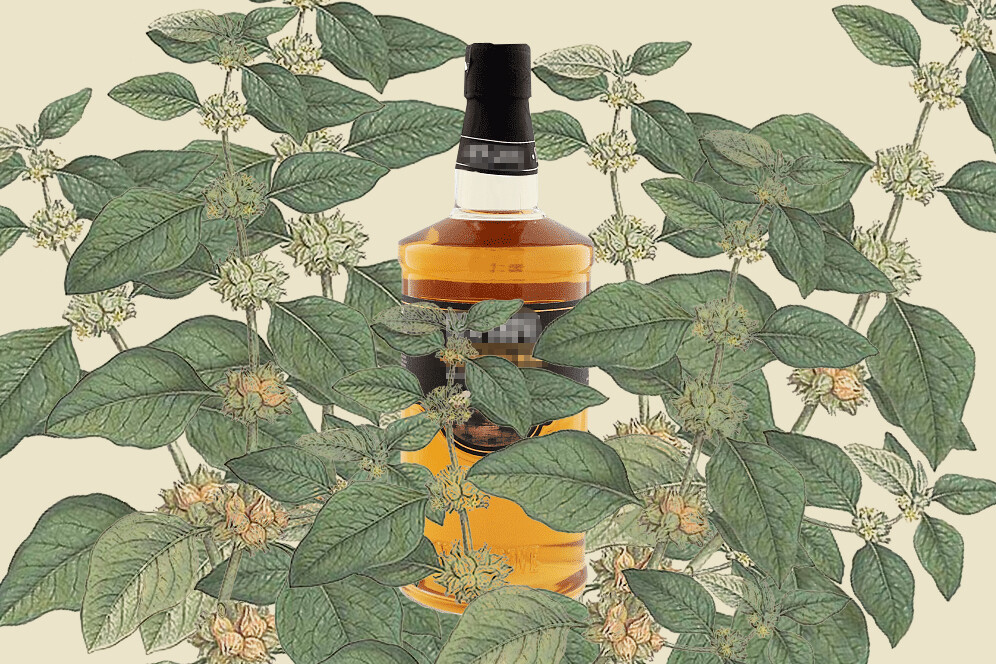 Sober bars are taking off all around the world – except for, perhaps, Russia where traditional zero-alcohol drinks like kvass or relatively low-impact medovukha have been well-loved substitutes for beer and, correspondingly, whisky all along.

Still, if you stumble upon a bar that doesn’t serve alcohol in Russia, it has likely lost its licence and mourns one bitterly.

This past March, amid the coronavirus crisis, Tokyo’s (and Japan’s) first non/low-alcohol cocktail bar opened its doors. Low-Non-Bar shifts the paradigm for the country where after-work drinks have been an essential part of the corporate culture. Opting out of this kind of pastime could be detrimental to one’s reputation and career. Among the drinks served at Low-Non-Bar is Japan-made Non-Alcoholic Gin NEMA 0.00% that features peated malt, white oak, cocoa, rose and juniper among its many ingredients. A welcome option for what the Japanese call “kyuukanbi” (a term that translates as “liver’s day off”) is picking up popularity and will likely be joined by many similar establishments where one can enjoy their drinks without getting wasted.

Not your grandma’s botanical extracts and nootropics

Imaginative concoctions don’t require years of experience and a grocery-list of ingredients of whip up. The American market has been sporting several alcohol-free booze options one can drink straight or use in more forgiving cocktail recipes easily made at home. For instance, Kin Euphorics offers a range of alcohol-free spirits based on nootropics – or, as some call them, smart drugs. Found in caffeine and nicotine, among other substances, they stimulate the brain’s release of dopamine – a chemical that ferries information between the neurons and mediates pleasure in the brain.

Quoting Kin Euphorics website, their beverages featuring nootropics such as GABA, 5-HTP, tyrosine, I-theanine, phenylethylamine and botanicals like Rhodiola Rosea, hibiscus, orange peel and liquorice among their key ingredients, are “the first innovation in a 10,000 year-long social drinking tradition”.***

The company’s primary goal, however, isn’t to make one healthier but somewhat happier. The brand’s co-founder, Jen Batchelor, explains that nootropics “activate brain functions that produce feelings of bliss in the brain. Our proprietary…blends of functional herbs are combined to incite a replenishing dose of dopamine, serotonin, and GABA in the parts of the brain responsible for helping us feel relaxed, open, curious, and connected.” Which is precisely why we reach for a bottle of chardonnay when we want to shake off the day’s tension, and connect with friends. But after having a glass, too many social interactions can become awkward as our focus and cognitive function diminishes, and we become tipsy and forgetful rather than present and curious. 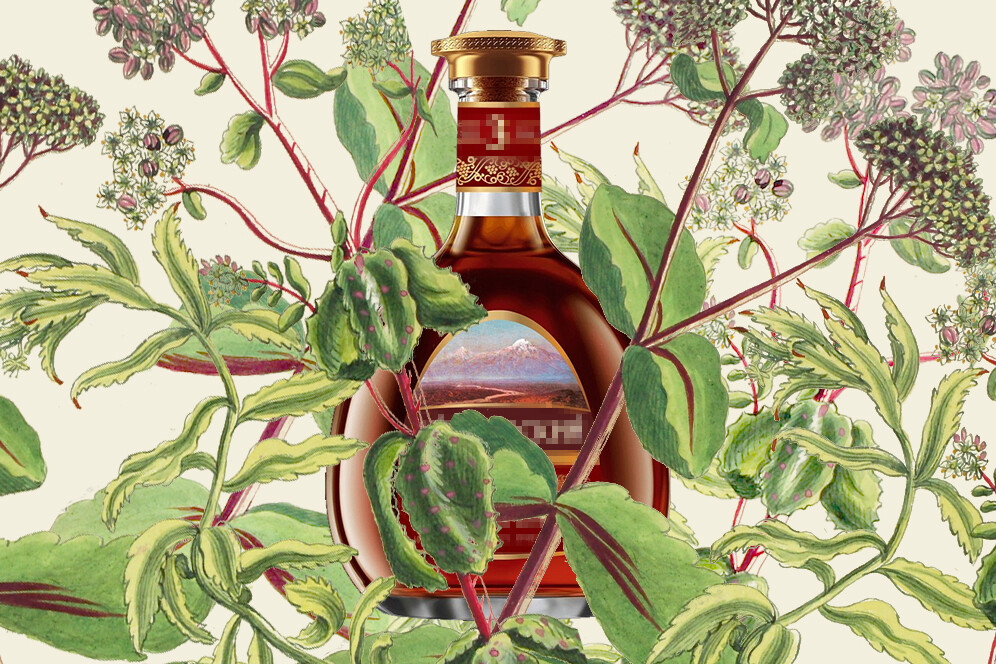 “Curious Elixirs” is another American brand of ready-made sugar-free cocktails in beer-inspired glass bottles built around organic juices, spices, herbs, roots, barks, and botanicals. They don’t pretend they’d alter your reality or let you access 100% of your brain’s capacity but offer a fun sober option when you crave a margarita, negroni or Aperol spritz. A dash of ashwagandha, American Ginseng, gentian root, holy basil and turmeric extract, ingredients Chinese medicine has been using for centuries, might offer a benign kick that won’t result in a full-blown hangover the next morning. However, like alcohol, buzz-inducing ingredients may not be suitable for everyone. Most come with a health warning similar to alcoholic beverages, saying it’s a bad choice for pregnant women and people with certain medical conditions, or those taking antidepressants.

The concept of “functional drinks” – i.e. drinks that improve your mental and physical state rather than laden your body with toxins and obscure chemicals – is being actively embraced by modern-day drinking culture.

Although followers of the nootropic movement are adamant of the positive effects, it’s worth remembering that claims about the substances used in the new generation of booze-free drinks are mostly unproven, and it’s hard to tell how safe they are and in which quantities. The fact they’re natural doesn’t make them harmless. Most natural nootropics, such as artichoke extract, grape seed extract, ginseng, kava kava, lemon balm, Rhodiola Rosea, St John’s Wort, yerba mate, caffeine, green tea are classified as GRAS (generally regarded as safe) by the FDA. Although there are claims that adaptogens are apt at reducing stress and boosting the immune system, their recreational use remains a grey zone.

As for the mouthfeel of alcoholic beverages and the sensations that come with it, imitating it can be challenging. Removing the alcohol from the original recipe doesn’t work most of the time. The end result will be syrupy and underwhelming at best, which isn’t an option, given the premium price tag manufacturers are trying to maintain. The warming sensation characteristic of wines and hard liquors that signal relaxation at first sip is often mimicked with the use of spices. Distilling herbal ingredients without alcohol could prove tricky as well, and upmarket zero-proof brands boast using patented techniques and artisanal processes that extract the maximum flavour. As for the buzz, the one obtained through the use of nootropics is relatively light, and there’s a good number of people whose sensations would be on par with those from a cup of coffee.

To draw in consumers looking for a more substantial kick, beverage companies operating in the markets with more relaxed legislation, often fall back on the tried and true CBD and THC. Cannabidiol or CBD is a chemical compound in marijuana that provides a sense of relaxation and calm without the high. 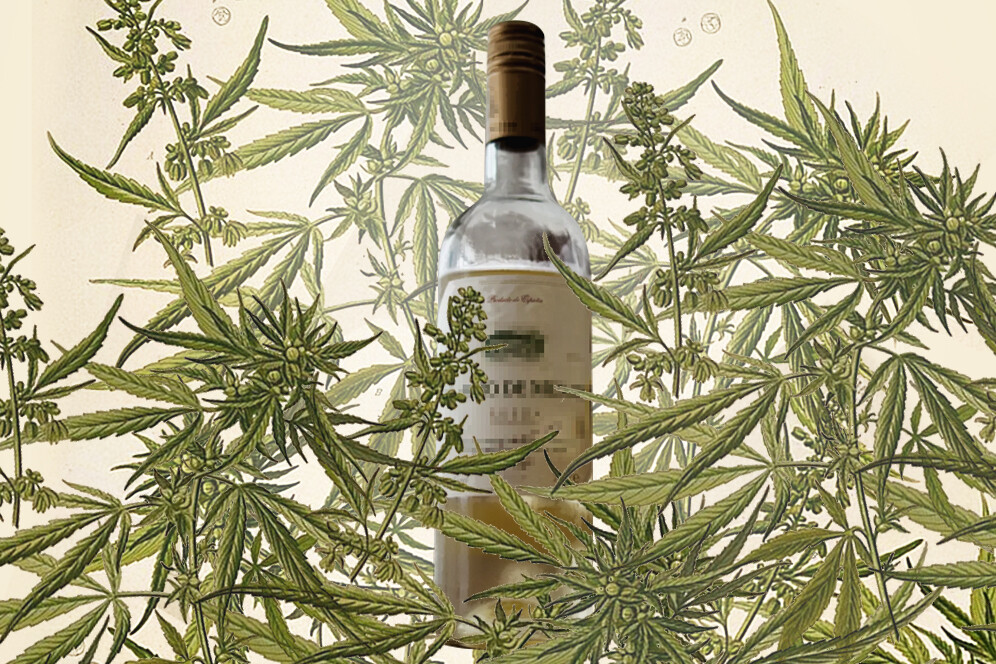 At the same time, tetrahydrocannabinol or THC is the main psychoactive compound in cannabis that produces the high sensation.

CBD has been used for medicinal purposes for a long time and doesn’t have the stigma of alcohol, and many former alcoholics swear by its ability to alleviate alcohol cravings. THC, on the other hand, has a different target audience, but some marijuana aficionados prefer its effects to those of alcohol. For those who want to drink their THC rather than smoke it, Viv&Oak company from California where cannabis is legal has launched a range of dealcoholised rosés infused with CBD and THC.

Interestingly, it’s being marketed as a healthier alternative to alcohol. A THC spiked non-alcoholic Ceria beer has been launched in Colorado, where cannabis consumption is also legal. The lager has 3mg of THC per bottle, and the IPA has 10 – this takes the guesswork out of consumption, which is sometimes a problem with combustible cannabis.

No booze for the wicked…

There are, however, numerous zero-proof brands that don’t promise the buzz courtesy of various mood-altering substances, but rather focus on the taste, trying to make it as believable as that of traditional drinks. UK-made Seedlip is the holy grail of non-alcoholic spirits: launched in 2014 the botanical spirit replacement brand offers a range of grown-up alcohol alternatives with a complex taste that works well as creative cocktail mixers. If you’re gravitating towards more traditional recipes, zero-proof STRYYK alcohol alternatives marketed as NOT GIN, NOT RUM and NOT VODKA are packed with flavour and let consumers enjoy familiar drinks – minus the intoxication.

For those not willing to experiment with obscure substances to feed one’s addiction with a light yet unpredictable buzz, there’s always water!

But we’re not talking water in a nerdy sports bottle or a glass – no! Liquid Death has proven that water can be hip, if packaged right – that is, into aluminium cans fit for bad-ass beer or energy drinks with some serious alcohol content. Its tagline is “Murder Your Thirst”, and the website makes you confirm you’re over 18, as “This water may give nightmares to persons under 18 years of age”.

Everyone loves @LiquidDeath. Water gets colder in a can, there is no plastic to kill the environment and how Metal is that logo?! Did you know they have a sparkling water too? It’s delightful! Grab the black can the next time you’re in the shop. You’ll love it. pic.twitter.com/4KWIdGf1v6

The cool-looking six-pack will get you through a party without anyone questioning your drinking choices. Liquid Death’s co-founder Mike Cessario says his water caters to heavy metal and punk rock fans, some of whom may have overindulged in their younger years and prefer to stay clean these days but don’t want to miss out on the fun.

The trend towards not-so-lame drinks that can help you partake in the joys of sobriety (even if temporarily), chill you out and put less strain on your body is a sign the alcohol-dominated drinking culture is undergoing a tectonic change. Perhaps this change will result in alcohol addiction becoming a non-issue for future generations of bar-goers and social drinkers.

***In the earlier version of the article, it was erroneously stated that Kin Euphorics products contained phenibut among its ingredients. According to the information provided through the company’s social media account, the current formulation was updated last year to no longer include phenibut.