“The Matrix Has You”: Are We On The Way To Cloud-Based Mega-Minds?
US Presidential debates: what you need to know

How Soviet doctor cut his own appendix in Antarctica

Surrounded by the Polar wasteland and without any other medical professionals around, Leonid Rogozov, a 27-year-old Soviet surgeon, was forced to conduct an appendectomy on himself. This incredible story that took place in 1961 during the Soviet Antarctic expedition still shocks the medical world, while many equal this feat of courage and professionalism to the first space journey.

Leonid Rogozov, a young physician from St. Petersburg was the only doctor on the crew during the Soviet Antarctic expedition in 1961. Before getting in Antarctica he had interrupted his science career and joined the expedition shortly before defending his thesis on innovative ways of operating gullet cancer. He joined the team of 12 which headed to the South Pole to build a new Polar base at the Schirmacher Oasis.

After 36 days at sea they set foot on the ice shelf of the Princess Astrid Coast. The ship which carried the team had sailed off only to be back in a year. The team could rely on themselves as any contacts with the outside world were no longer possible. 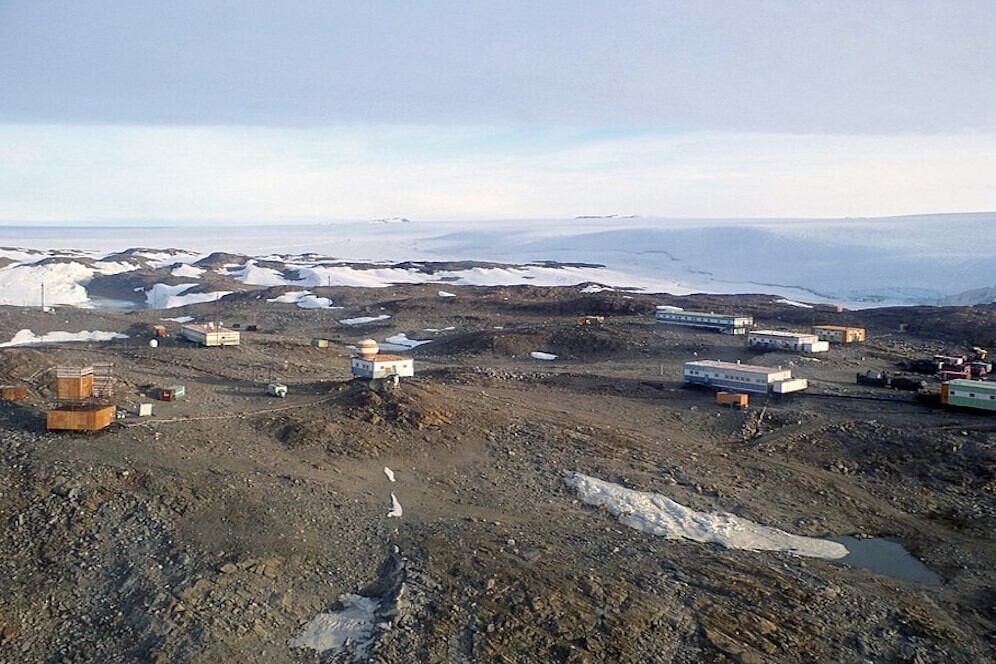 As early as mid February 1961 the team marked the end of the station’s construction. The newly built Novolazarevskaya station was to become their home for surviving months of darkness, snowstorms and severe frosts that followed the Antarctic winter.

First signs of the disease

"It hurts like a devil! A snowstorm whipping through my soul, wailing like a hundred jackals," Rogozov wrote in his diary describing the first symptoms. After several weeks on the South Pole, the doctor started to feel tired and weak, while a strong pain developed down in the right of his stomach. He understood it was appendicitis:

"It seems that I have appendicitis. I am keeping quiet about it, even smiling. Why frighten my friends? Who could be of help? A polar explorer’s only encounter with medicine is likely to have been in a dentist’s chair."

Till the last moment he kept quiet about the growing pain in his abdomen, so the crew was in the dark about what was going on with their only doctor.

Leonid started to suffer from malaise and nausea in April 1961, while his body temperature rose to 37.5 degrees. Flying to the civilised world for diagnosis was impossible because of the snow and blizzards. Available treatment didn’t help, local cooling and antibiotics seemed to make Rogozov’s condition even worse. With the symptom s becoming harder, Rogozov had no doubts his appendix was about to burst. He understood, the operation was the only solution and he was the only one on the crew who could conduct it properly. He knew he had to do it himself or die.

Rogozov instructed the team to prepare an improvised operating room, sterilise the bedding and surgical tools, as well as assist during the actual surgery. One had to hand his tools during the operation, while the other would keep a mirror before his eyes to reveal blind spots:

"My poor assistants! At the last minute I looked over at them: they stood there in their surgical whites, whiter than white themselves. I was scared too."

Rogozov told his assistants what to do if he lost consciousness and how to inject him with drugs to resuscitate him. He was nervous as he hadn’t heard about a single similar case before and calmed down only after making himself a novocain injection.

Dr.Leonid Rogozov performing surgery on himself in 1967. While doing scientific research in Antarctica,doctor Rogozov had his appendix burst. With no surgeon nearby, he decided to handle the operation himself. In the end, the doctor recovered well and went on to live a long life. pic.twitter.com/Bray8lCIEx

"I automatically switched into operating mode, and from that point on I didn’t notice anything else," he wrote in his diary. He started the operation by making a 10 cm cut in his abdomen. He decided to work without gloves to maximally preserve his sense of touch. Soon he managed to stop using the mirror not to confuse sides.

Suddenly he noticed that the bleeding was becoming heavier. "Opening the peritoneum, I injured the blind gut and had to sew it up. Suddenly it flashed through my mind: there are more injuries here and I didn’t notice them . . ." he later recalls the operation in his diary. " I grow weaker and weaker, my head starts to spin," recalled Rogozov.

He described his hands acted like they were made of rubber while the growing vertigo made it difficult to continue the surgery. Rogozov started making 20-25 seconds pauses every 5 minutes. Finally the appendix was removed, and Rogozov noticed the dark stain at its base. He realised that if not operated, he could die within days. After that he injected the peritoneal cavity with antibiotics and closed the wound. The operation lasted for almost two hours. But before allowing himself to rest, Rogozov instructed assistants to wash the tools and only after the room was cleaned, he took sleeping pills.

Two weeks after the self-surgery, Rogozov successfully returned to his normal duties in Antarctica. The crew had been there for over a year when it received bad news again. In April 1962 the ship couldn’t get close enough to pick them up because the ice was too thick. The decision was made to airlift the team by one-engine planes. Rogozov’s son told BBC that the hard weather conditions have seen ''one of the planes almost dropped into the sea."

In 1961, a 27-year-old Soviet doctor named Leonid Rogozov performed surgery on himself to remove an infected appendix...

When they returned home, Rogozov became a national hero. People even compared him to Yuri Gagarin who became the first man in space the same year. Rogozov’s bravery has been highly appreciated by the Communist Party, and he was awarded the Order of the Red Banner of Labour. But Rogozov remained impartial to his sudden fame and glory, as he resumed his work at a Saint-Petersburg clinic the next day after he came back from the expedition. Shortly after, he successfully defended his thesis. When someone reminded him of his feat, he used to answer with a smile, "A job like any other, a life like any other." Rogozov never returned to Antarctica and died in St.Petersburg on 21 September 2000.