The high price of cheap palm oil: nature and people on the brink of disaster
‘I’m gonna stomp on his face a few extra times’: Football hooligans’ culture of violence explained

Russia’s great construction of a bridge link to Crimea

From the International Space Station, you can see an enormous bridge stretching across the Kerch Strait that separates the Black Sea and the Sea of Azov. Building the 19-kilometre structure has been one of Russia’s most challenging engineering projects. The link became necessary after Crimea’s residents overwhelmingly voted to rejoin Russia in a 2014 referendum – with Crimea’s only land border at the isthmus with Ukraine, the peninsula’s population was left separated from the rest of Russia. 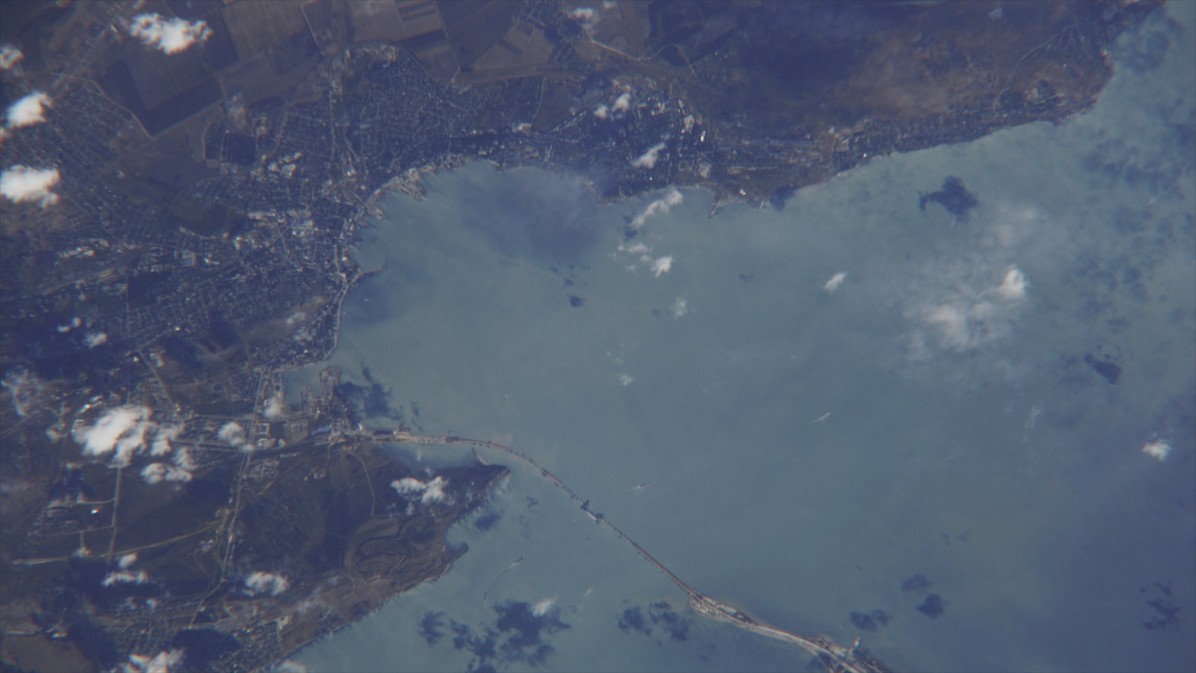 A photo of the Crimean Bridge and the Kerch Strait taken by Russian cosmonaut Sergey Ryazansky from the International Space Station. © A still from The Bridge

To get from the Crimean peninsula to Russia’s Krasnodar region, locals and tourists had to take a plane or a busy ferry service between Port Krym and Port Kavkaz. In stormy weather, travellers must often wait for days for the weather to change. In 2015, the construction of the Crimean Bridge was given the green light to provide a faster and more direct route.  And the scale of it is colossal.

More than 7,000 workers and over 200 pieces of equipment were involved in the construction, which in fact includes two bridges: a four-lane motorway and a double track railway. The Crimean Bridge also has two giant arches that rise 35 meters above the water, allowing the passage of ships through the Kerch Strait. Installing the 227-metre-long structures, which are the centrepiece of the project, required a unique bridge-building operation. After being assembled onshore in Kerch, the arches were transported by a fleet of tugboats and later lifted onto massive piers. 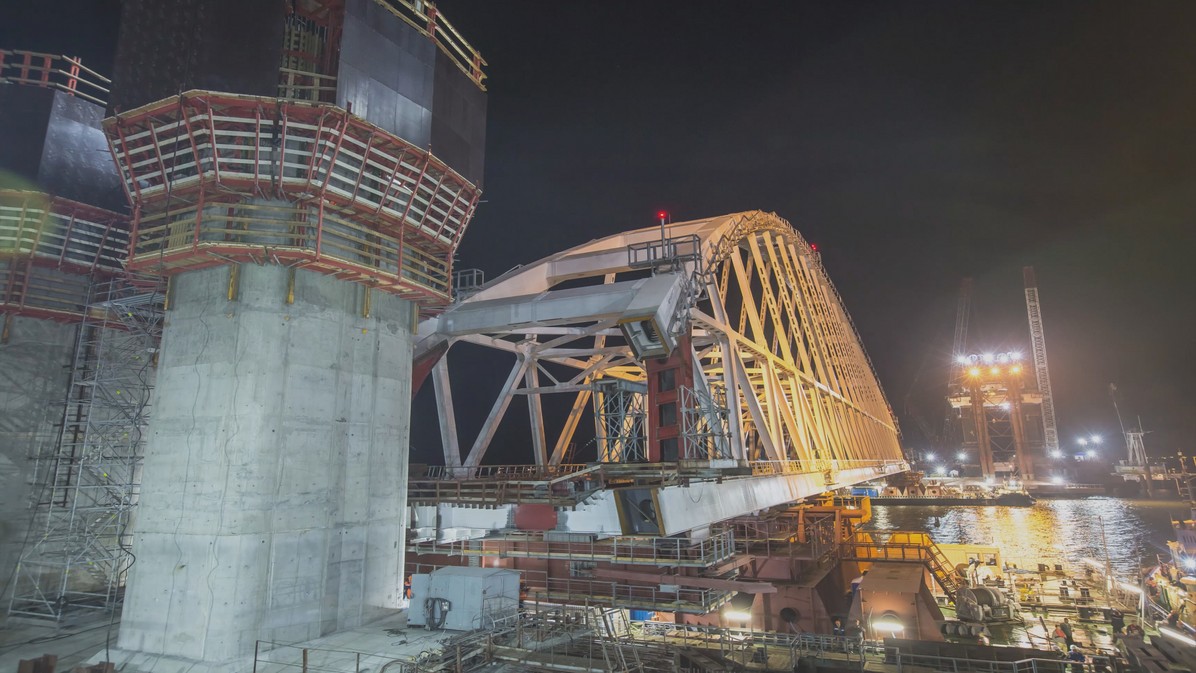 The installation of the 6,000-ton road arch of the Crimean Bridge. © A still from The Bridge

With three sections, the Crimean Bridge makes its way from the Taman Peninsula to Tulza Spit and then crosses Tuzla Island before continuing on to the Crimean Peninsula. It is the longest bridge in Russia and Europe, dwarfing the 12-kilometre Vasca da Gama Bridge in Lisbon, Portugal. Once fully operational in late 2019, the Crimean Bridge is expected to carry up to 40,000 vehicles and 94 trains per day. 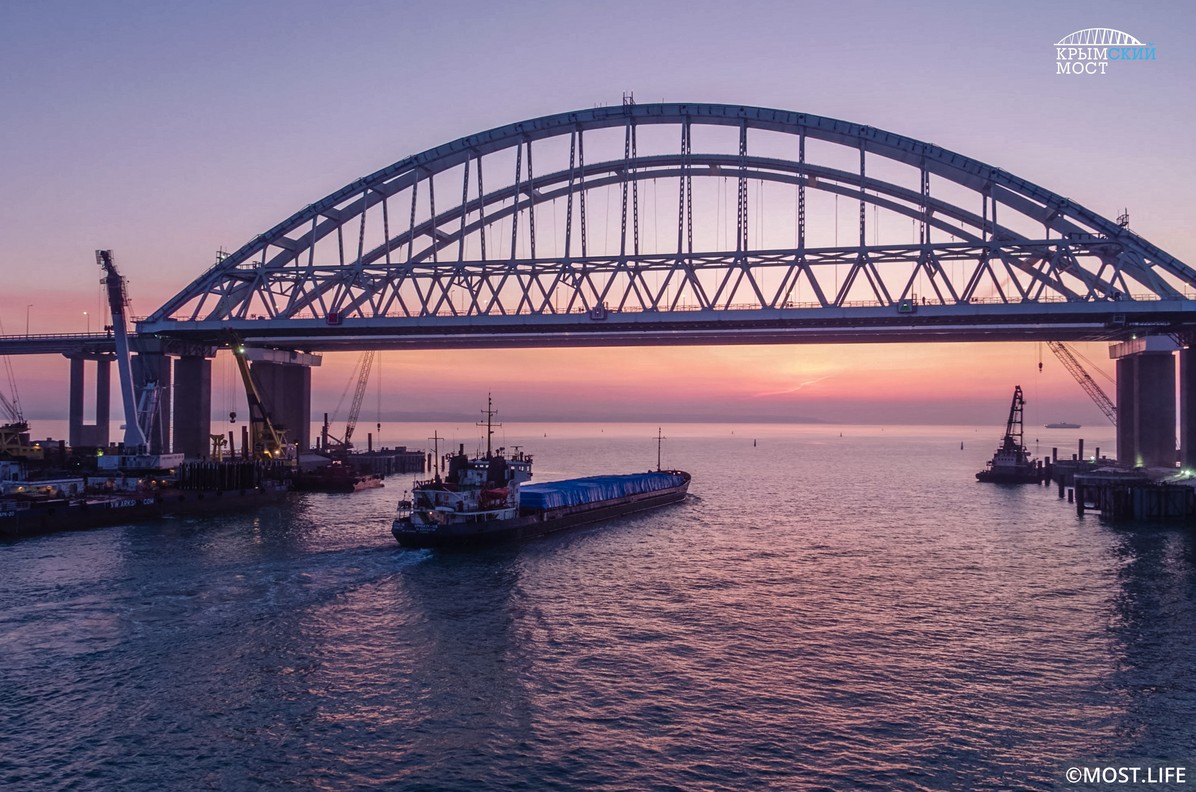 Having opened to car traffic ahead of the summer holiday season, the bridge has made it easier for Russian tourists to reach one of their favorite vacation spots – Crimea.

A multi-ethnic and multi-religious region, Crimea boasts a myriad of resort towns on the Black Sea coastline. It also has plenty of fascinating sights and activities to offer even an experienced traveller.

One of the hidden gems of the peninsula is Lake Chokrak, 40-minutes’ drive from Kerch. Holidaymakers flock to what they call the ‘Crimean Dead Sea’ to coat themselves in curative mud. Though be warned –its peculiar scent may not appeal to everyone.

From Chokrak, you can head to the Opuksky Nature Reserve, home to beautiful salt lakes, picturesque bays, mysterious caves, as well as the Kyz-Aul lighthouse, which is still in operation. 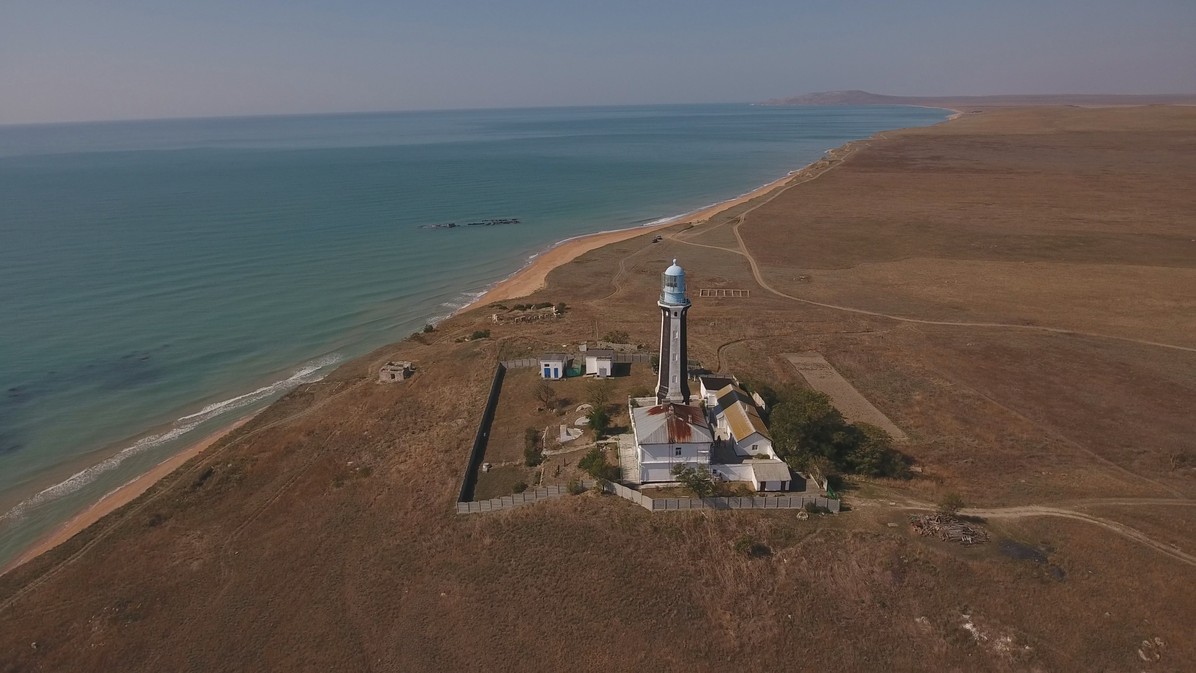 The Kyz-Aul lighthouse on the Kerch Peninsula. © A still from The Bridge

“What’s special about the Kerch Peninsula is having the Sea of Azov on one side and the Black Sea on the other,” Kerch forestry gamekeeper Ivan says. “If there’s a northerly wind, the Azov side will be choppy, but come to this side and it’s flat calm,” he said, pointing at the Black Sea.

Apart from exploring the natural wonders, tourists can take part in traditional holiday celebrations. A torch-lit procession in Kerch ahead of Victory Day and an Easter service at the Church of the Intercession of the Holy Virgin in Taman are among the ‘musts’, according to a Kerch native and popular singer Alyona Sviridova. 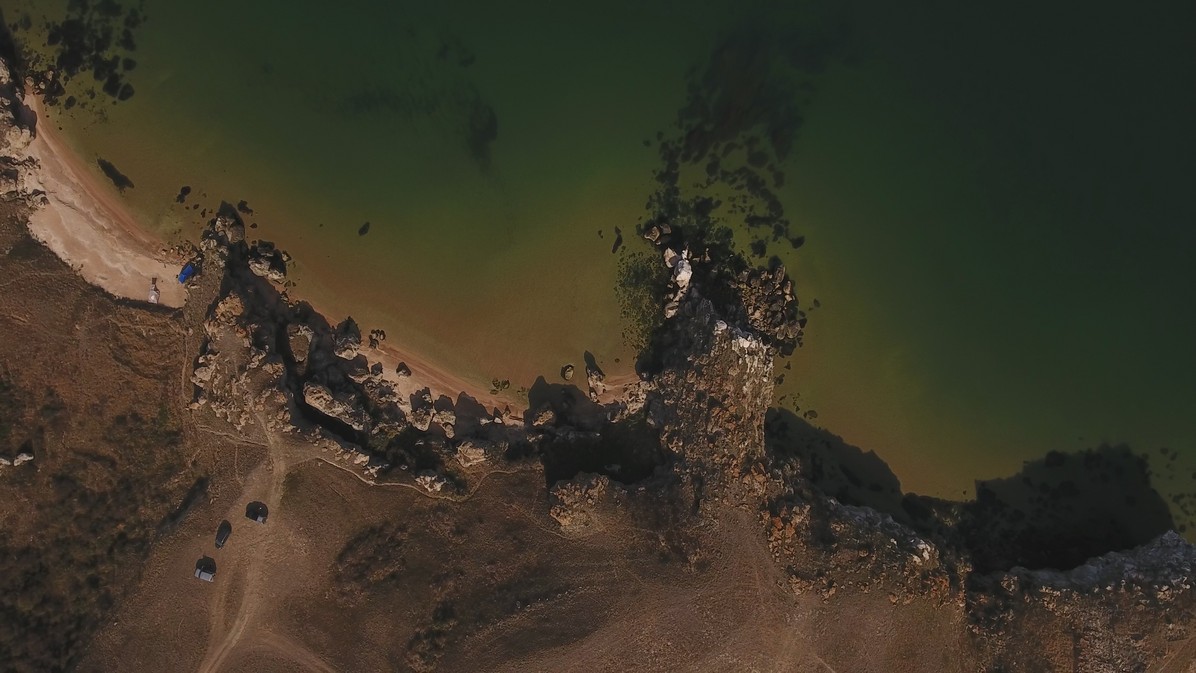 The Opuksky Nature Reserve. © A still from The Bridge

Explore the region as a local and learn about the construction of the Crimean Bridge in RTD’s film, The Bridge.