Just married and on the run: Indian couples brave consequences for marrying outside their castes
Can small-scale communism and polyamory cure the ills of global capitalism?

“People think boxing is just for men, but that's not the case”: Pakistani girls’ boxing club knocks out gender stereotypes

Gender roles are strictly defined in Pakistani society, and women must subordinate themselves to men’s authority. “A woman is born to live and die within four walls,” says Razia Aziz. However, the teenage girl has refused to comply with conservative norms and trains in a unique boxing club for girls.

“If a girl wants to go to school, her relatives, even my family, would say, ‘Why study? It’s useless! You belong in the kitchen!’” Razia says. A still from Knockout Girls

“People think boxing is just for men, but that's not the case: it’s for women, too,” Razia insists. After class, she and over a dozen other girls aged 9-17 work on their fighting skills under the watchful eye of Younus Qambrani, whose Pak Shaheen Boxing Club came into the spotlight in 2016 for starting an all-female boxing class.

Younus has been training male boxers since 1992. The Qambrani family even has an Olympian boxer, Rashid Qambrani, who competed for Pakistan at the 1996 Atlanta games in the USA. A still from Knockout Girls

The class wouldn’t have taken off if word hadn’t spread when Younus began teaching his daughters to box. Girls from the neighborhood kept coming and asking Younus to train them too. Some 15 trainees regularly attend the girls’ class now. Though some have been forced to quit, new ones always appear to give it a try.

Girls during an exercise session. A still from Knockout Girls

“Some parents allow their girls to attend, but are reproached by relatives they respect:
‘Why did you let them go?’ It’s against the status quo,” Younus says.

Pakistan is a Muslim country where women have to get permission from male family members to do things like studying, especially if an activity is considered masculine. A still from Knockout Girls

While pressure from relatives makes a lot of girls leave Younus’s boxing club, those who stay are encouraged to “train more assiduously and regularly than boys.” Girls don’t miss practice “without a sound reason,” the coach says.

Tradition is strong in Pakistan: female members of the Pak Shaheen Boxing Club have to wear a headscarf while training and say a prayer at the beginning. A still from Knockout Girls

The father of one of the trainees says he wouldn’t let his daughter Azmeena join the club at first “because girls here shouldn’t play sport.” He eventually acquiesced and approved of her hobby. So did the family of her future husband. 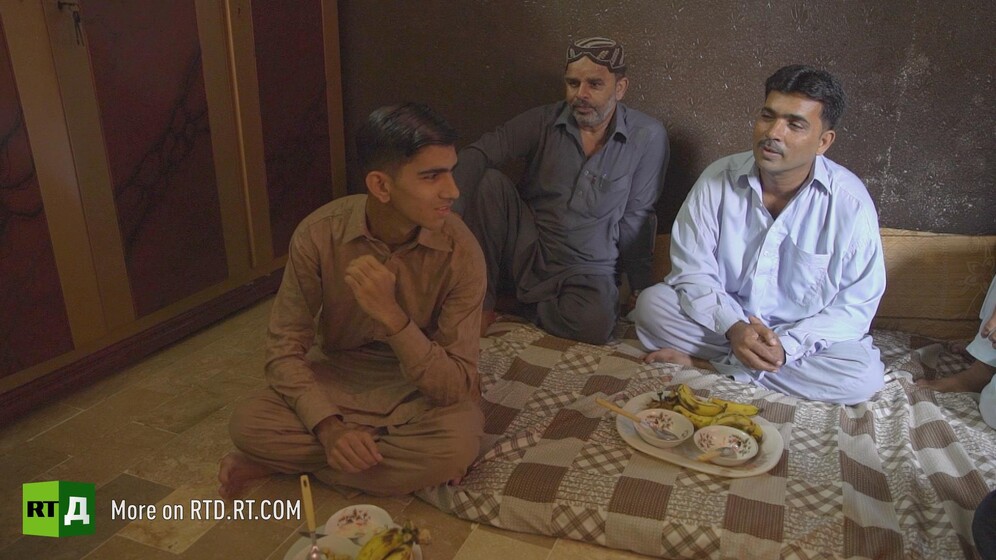 Azmeena’s fiancé shyly admits he likes that she’s into boxing. A still from Knockout Girls

It’s not just personal aspirations that drive Pakistani girls into boxing. The Lyari District where the club is located is notorious for gang wars and violence. Nine-year-old Areesha took up boxing to “be able to protect myself and my parents.” The borderline between two rival gangs’ territories used to run through the street where Areesha’s family lives, and bullet holes still adorn the walls of residential buildings there.

Areesha has proven to be a fierce fighter, constantly working on her hooks and jabs at home and in the club. “I can feel the power in me,” she says. A still from Knockout Girls

Despite its size, the club holds tournaments where the girls can show off their skills, confidence, and determination to keep doing what they love.

Find out more about how this Pakistani girls’ boxing club is crushing gender barriers in our documentary, Knockout Girls. 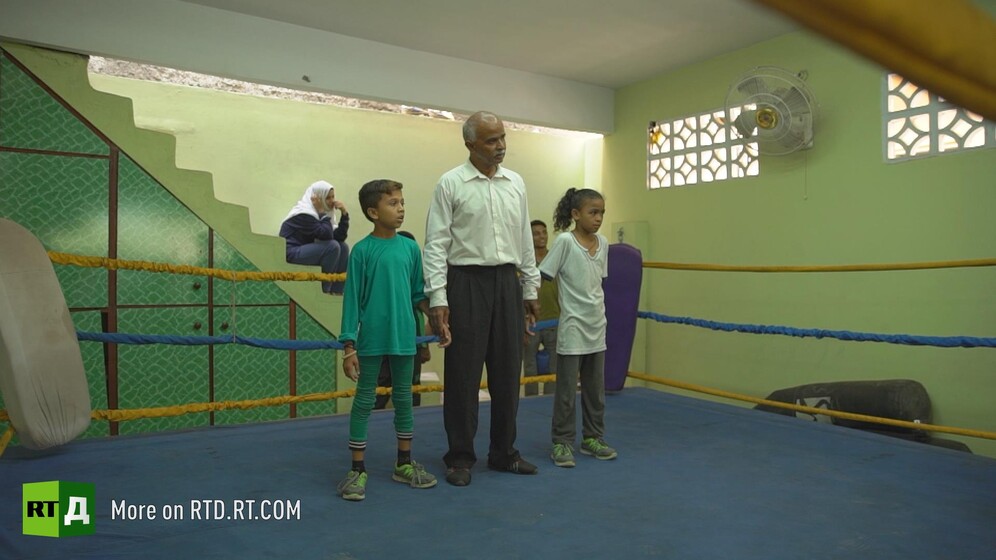 The female fighters spar with boys due to a lack of girls for tournament bouts. A still from Knockout Girls