What to do in Chongqing

Those wondering what to do in Chongqing won’t have to look long. From a scenic ride on the city’s new light rail system, to the dazzling night views of its skyline, or a visit to one of its many hot pot restaurants for sizzling Sichuan cuisine, this major urban Chinese center is replete with exciting choices.

Wondering what to do in Chongqing? Check out RTD’s Rhythm of Chongqing  to find out. 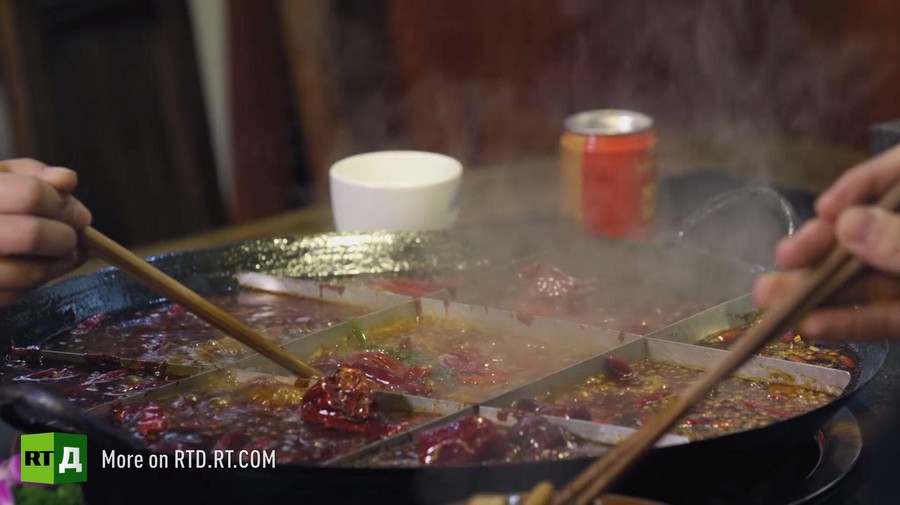 If you get hungry while taking in Chongqing’s sights, why not take a break for a traditional Chongqing hotpot? The most famous dish is the sizzling steam boat: a pot of fragrant spicy broth in which you dip raw slices of beef. It also includes mushrooms and a local delicacy – specially prepared goose intestines. For those who like spicy food, the main principle ingredient – hot Sichuan pepper – will have you sweating in no time. Visiting one of the city’s thousands of hot pot restaurants should be on your ‘must do’ list of what to do in Chongqing.

If you’re not averse to spicy food, check out Chongqing hot pots in RTD’s Rhythm of Chongqing . 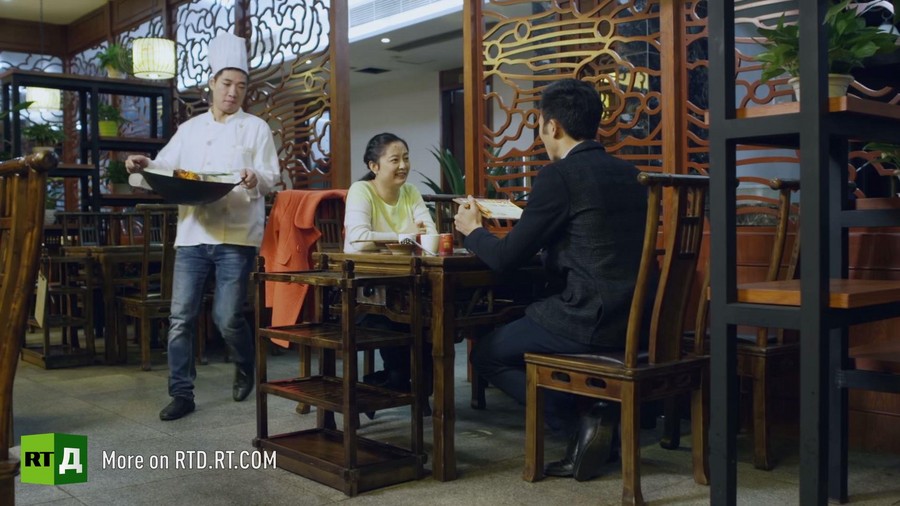 Although Chongqing restaurants are famous for hot pot dishes, visitors also have more traditional Western choices, such as Thai, Mexican and Indian restaurants, as well as pizzerias and sushi bars. Those more romantically inclined can have dinner on a restaurant floating on the banks of the Yangtze river while taking in breathtaking night views. Homesick travelers can even find an Irish pub or a Starbucks, if need be. In short: finding a good place to eat won’t be a problem when considering what to do in Chongqing.

To see what goes on in the kitchen of a Chongqing restaurant, have a look at RTD’s Rhythm of Chongqing . 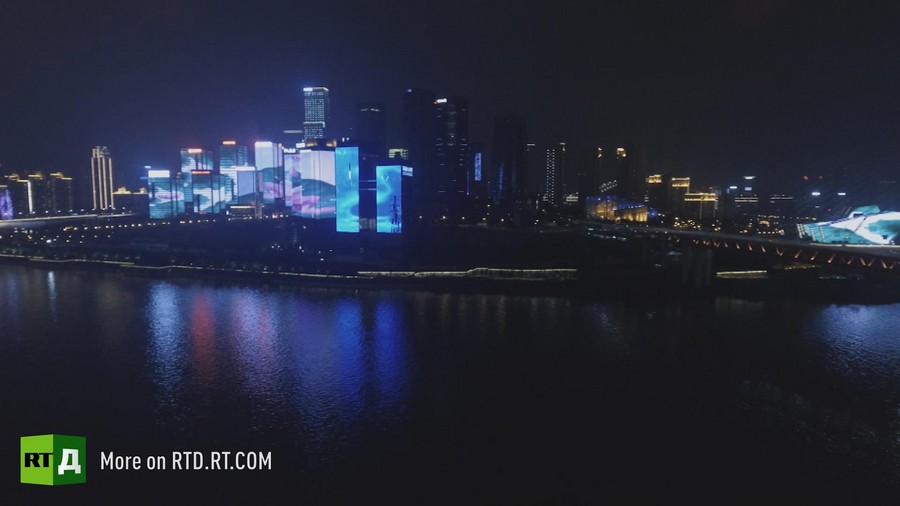 When considering what to do in Chongqing, one thing on the list should definitely be an excursion after dark. At night, the Chongqing skyline lights up, as its high-rise business centres and hotels along the river are bathed in spectacular illumination. The colossal sky scrapers are adorned with an incredible array of huge TV screens, which put on quite a show. It will be hard to believe that not long ago this huge metropolis was but a small village. Its quaint and scenic old town quarter still attests to what Chongqing was like before its explosive development began during World War II.

Take in the stunning Chongqing skyline in RTD’s Rhythm of Chongqing . 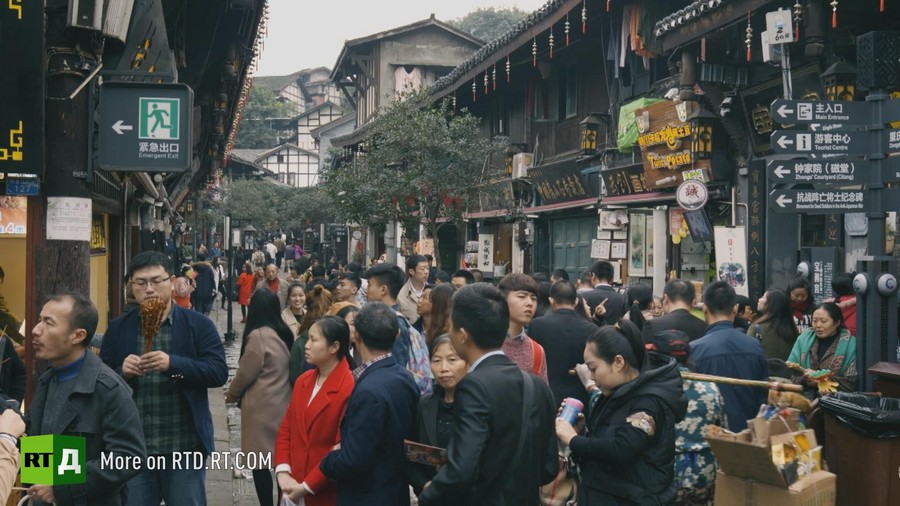 Greater Chongqing is China’s largest municipality and, according to some estimates, the world. With a total area of 82,000 square kilometres, it is home to around 32 million people. The municipality was created in 1997 by incorporating a number of towns and nearby villages into one administrative district, with the megacity Chongqing as its centre. With a size equivalent to the whole of Austria, there is no trouble deciding what to do in Chongqing. As of 2015, the population of Chongqing proper was about 8.5 million and the municipality’s total urban population was about 18 million. 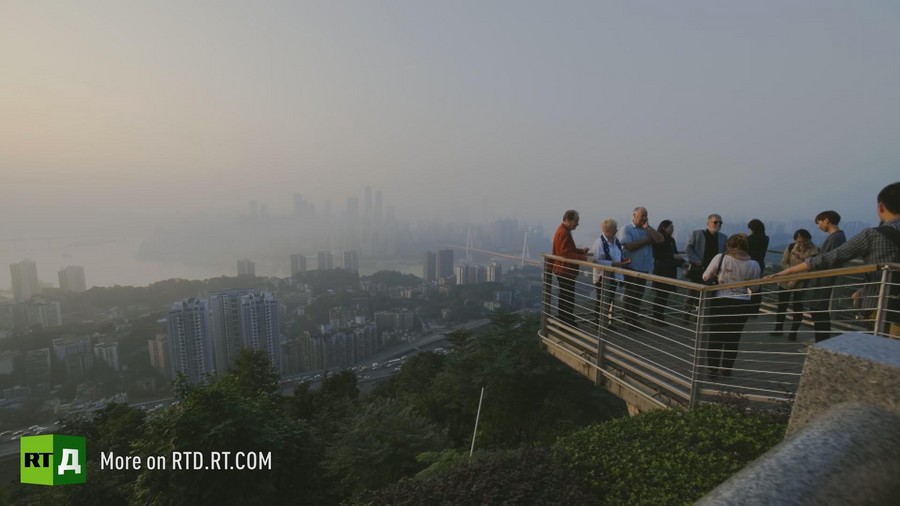 There is no end of Chongqing China points of interest when considering what to do in Chongqing. As continental China’s third tourist capital, it attracts 390 million tourists a year, raking in 220 billion yuan ($32bn) from tourism. Visitors can venture out to see the Dazu Rock Carvings, a UNESCO World Heritage site with 50,000 statues dating as far back as the 7th century AD. Chongqing is also the traditional jumping off point for tours of the Yangtze River’s famous Three Gorges, and features the Three Gorges Museum, which presents the area’s history and culture.