The unknown conflict: Who is fighting who in the Central African Republic?

This landlocked country has been mired in domestic strife ever since gaining independence from France in 1960. The instability intensified with a coup in 2013, which unleashed a brutal civil war with several disparate groups and factions still locked in battle against each other. 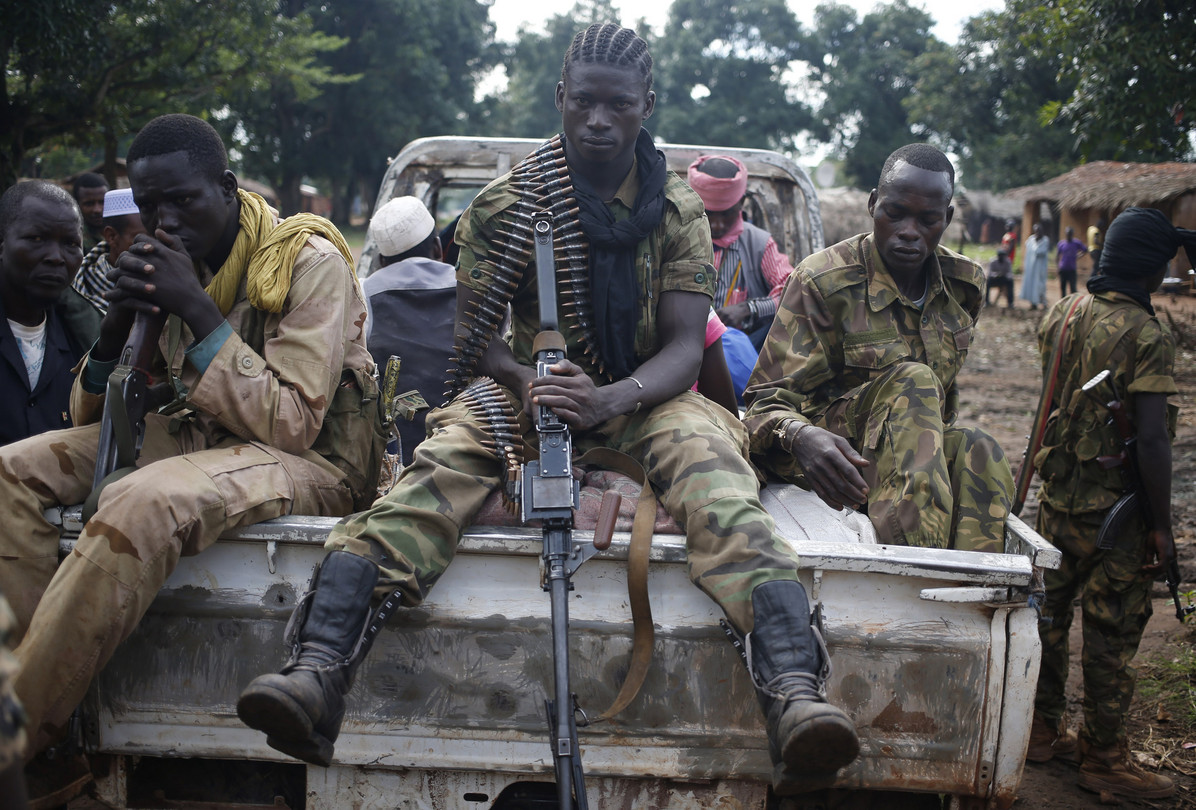 Seleka fighters (meaning ‘coalition’ in Sango, one of CAR’s official languages along with French) advanced from the north to seize the capital, Bangui, plunging the impoverished nation even deeper into chaos. © Goran Tomasevic / Reuters

Seleka – Is a mostly Muslim coalition that took power, but only briefly

Seleka is an umbrella terrorist group of primarily Muslim rebels. They seized power in March 2013, after ousting Francois Bozize’s government. Seleka’s commander, Michel Djotodia, became the first Muslim leader of the CAR, in which before 2012, 85 per cent of people identified as Christian.

His rule didn’t last though, as international pressure forced Djotodia to quit the following year for failing to curb the violence that plagued the country. Although Djotodia formally dissolved Seleka soon after it propelled him to power, militia groups continued to ravage in the country, looting, raping and killing civilians. 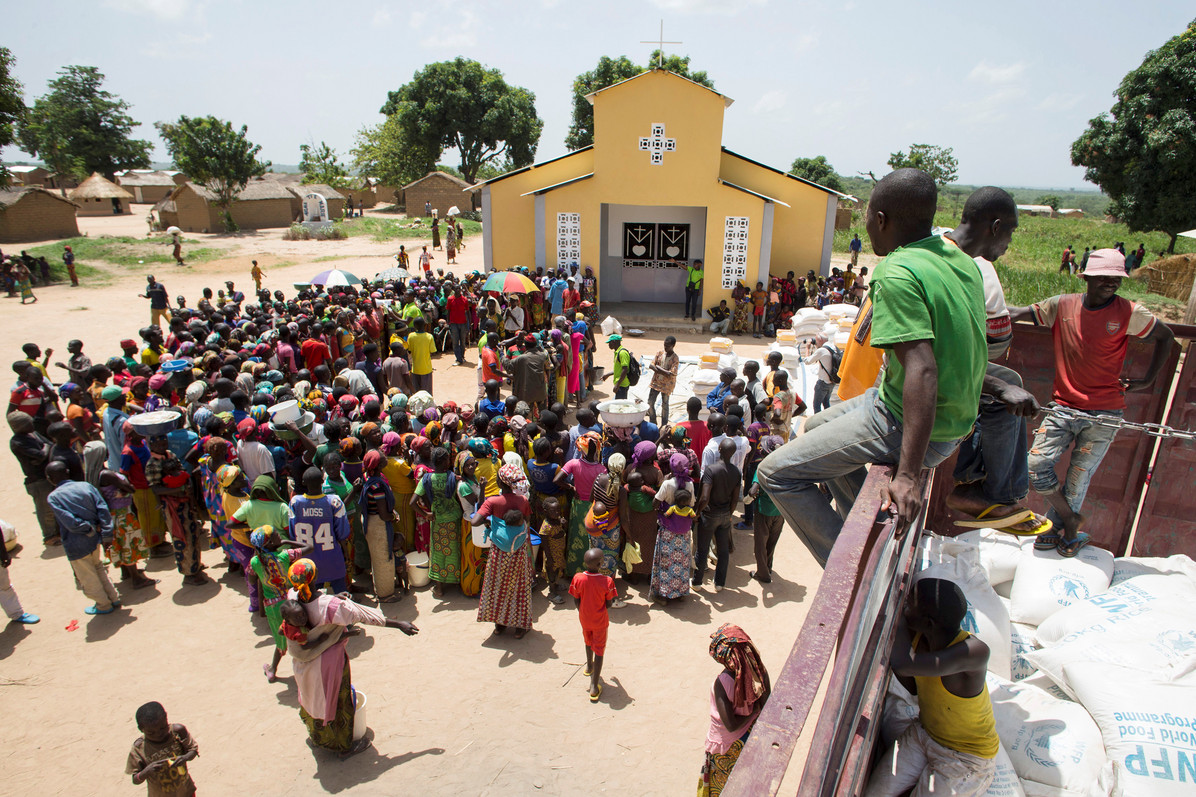 The smouldering strife forced more than half a million people to leave their homes and seek refuge in neighbouring countries. Out of a population of 4.6 million, 2.4 are in dire need of humanitarian assistance. © Baz Ratner / Reuters

Christian forces, animist militia, and former Central African Armed Forces (FACA) soldiers came together as ‘anti-balaka’ to counter Seleka rebels and launch reprisals against the Muslim population. Opinions vary on what the name means; some say ‘balaka’ is a Sango word for a machete, others that it derives from the French, ‘balle, AK', meaning bullets for an AK-47. It might even mean ‘invincible,’ as anti-balaka members often believe that their amulets protect them against guns. 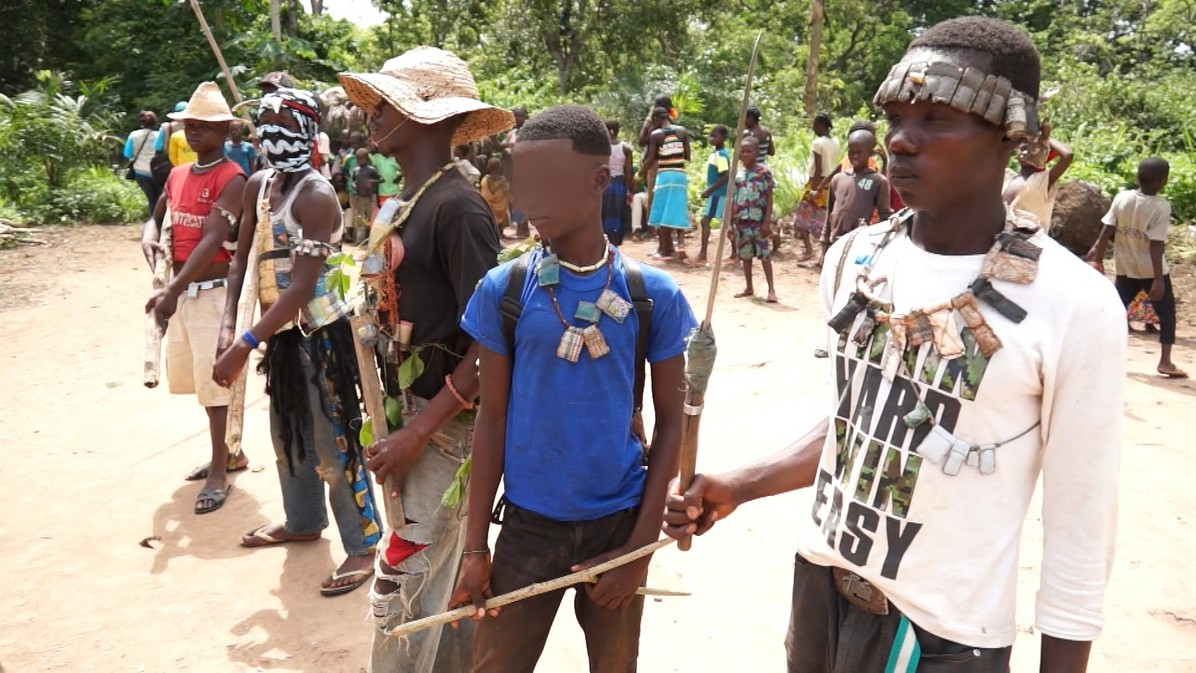 Armed groups on all sides recruited thousands of children, often by force. / A still from Children of the Front

"Our commander gave us drugs to make us high and fearless,” one former child soldier, who joined Anti-balaka, told an RTD crew. “When I was with Anti-balaka, I killed many people.” The teen is one of more than 14,000 children, recruited and used by Anti-balaka and other armed groups since the conflict began.

In 2014, a UN inquiry concluded that anti-balaka fighters were involved in “ethnic cleansing of the Muslim population.” The Muslim population in western CAR have been prohibited from practising their religion or experienced forced conversion to Christianity. “We had no choice but to join the Catholic Church. Anti-balaka swore they’d kill us if we didn’t,” Amnesty International quoted one of the victims. 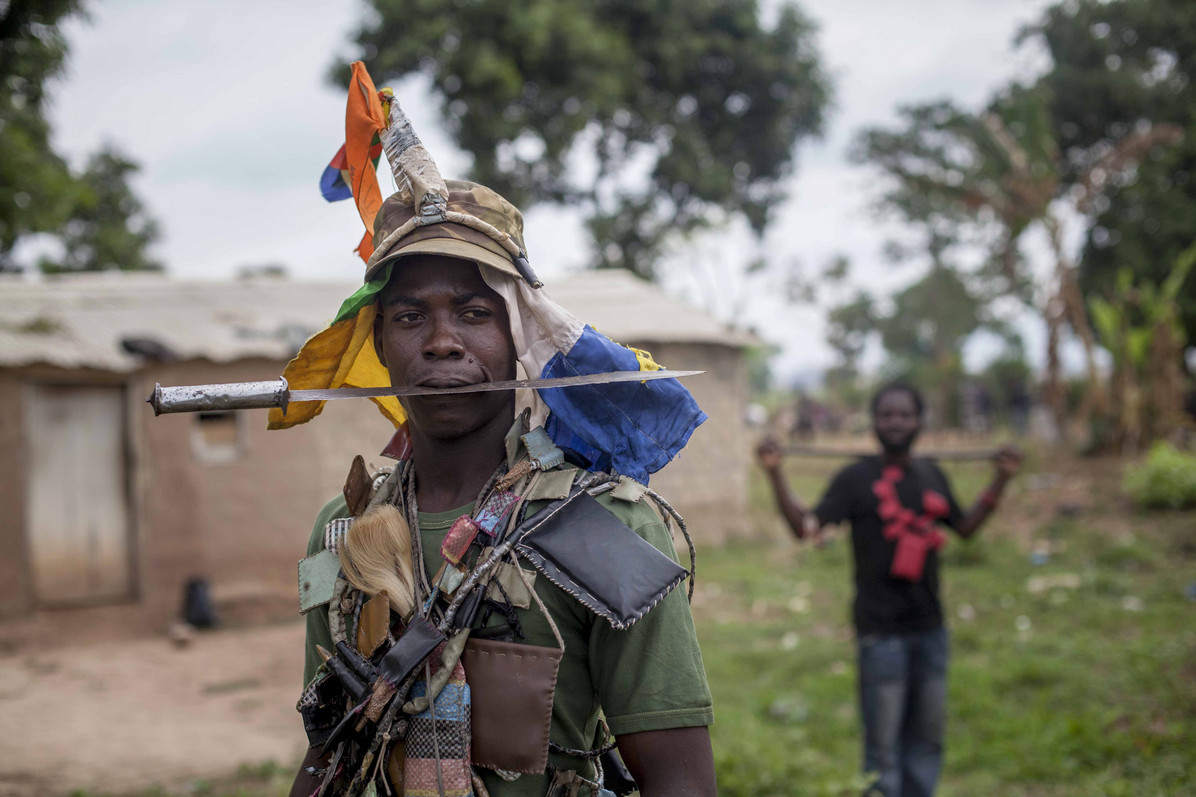 After international pressure forced Seleka fighters out of the capital in 2014, the group split into several factions. Ex-leader Michel Djotodia and his former security minister, Noureddine Adam, formed the Popular Front for Renaissance in the CAR (FPRC). The group later declared the independent Republic of Logone in northern CAR, provoking a rift with another Seleka offshoot, the Union for Peace (UPC).

The UPC, composed mainly of ethnic Fulani and Peuhl, and the FPRC have been engaged in fierce fighting for control of the eastern territories, with civilians caught in the crossfire.

One of the Anti-balaka leaders, Maxim Mokom, has aligned with the FPRC, announcing a split from self-appointed Anti-balaka coordinator, Patrice Edouard Ngaissona who used to be youth and sports minister under Bozize. He is said to have been at the forefront of the mass killing of Muslims in the CAR.

Despite hopes for reconciliation and peace after the people elected Faustin-Archange Touadera as president in 2016, different armed groups still control roughly 80 per cent of the country.