The New Big Brother: Why IT Giants Are so Eager to Spy on Us
Broken Border: US Faces an Unprecedented Migration Crisis

On the Brink of Catastrophe: When the World Came Closest to an All-Out Nuclear War

Since the creation of nuclear weapons, the world has been on the brink of nuclear war over 20 times. Disaster could be triggered by such trivial things as a solar storm, minor computer problems, or mere human error. However, the red button has never been pressed. RT Documentary recalls the moments in the 20th century when the world came closest to an all-out nuclear conflict.

Two aerial photos of atomic bomb mushroom clouds over two Japanese cities in 1945 / Wikimedia Commons
“Three billion human lives ended on August 29, 1997. The survivors of the nuclear fire called the war Judgment Day. They lived only to face a new nightmare: the war against the Machines”.

Fans of the Terminator movie definitely remember these spine-chilling words. However, in the movie, the united efforts and self-sacrifice of the protagonists helped prevent nuclear catastrophe. Well, at least until the release of the follow-up film.

While the whole world remembers Sarah and John Connor from The Terminator, little is known about the real-life heroes who contributed to pulling the world back from the brink of nuclear disaster. And those heroes should be remembered.

“The day when the calendar could end” – this is what contemporaries called October 27, 1962, later nicknamed “Black Saturday”.

That day saw the peak of the Cuban missile crisis when the USA and the USSR were on the verge of taking the decisive step from a cold war to a real, nuclear one.

The Cuban missile crisis was triggered by the Soviet leader Nikita Khrushchev’s decision to deploy nuclear missiles on Cuba in 1962, following the placement of American missiles in Turkey.

“Let's put a hedgehog down the American’s pants”, said the charismatic Soviet leader when announcing his decision to send Soviet missiles to the island, from where they could reach practically any major American city.
One of the first U-2 reconnaissance images of missile bases under construction shown to President Kennedy on the morning of October 16, 1962 / Wikimedia Commons

Though for some time the Soviets managed to keep the operation secret, in the end Americans finally found out about the missiles in Cuba. When the crisis erupted, American president John F. Kennedy was under extreme pressure from his military, which was calling for a nuclear strike against Cuba and the USSR.

On September 27, Soviet air defense shot down an American reconnaissance plane in Cuban airspace. The strategic forces of both superpowers were on full alert.

Meanwhile, in the depths of the Atlantic Ocean, the crew of a Soviet submarine had to make the very same big decisions as the two leaders: whether to press the red button or not.

To avoid the American warships enforcing the naval quarantine imposed on Cuba by the US, the B-59 submarine, equipped with nuclear warheads, dived to the maximum depth and went into complete radio silence, cutting off both communication with command authorities and the reception of civilian radio broadcasts. No one on board the submarine knew what was happening on the surface. But what if the Third World War was already in full swing there?

The Americans persistently dropped deep bombs to try to force the B-59 crew to float to the surface.

A US Navy HSS-1 Seabat helicopter hovers over Soviet submarine B-59, forced to the surface by US Naval forces in the Caribbean near Cuba (October 28–29, 1962) / Wikimedia Commons
“It felt like you were in an iron barrel, on which someone was constantly knocking with a hammer,” later recalled communications officer Vladimir Orlov, who was aboard the B-59 in October 1962.

The submarine captain, Mr. Savitsky, suggested that the war had already begun and was ready to launch a nuclear attack. The crew, tired of the uncertainty and constant bombings, supported his decision. However, a senior officer Vasily Arkhipov spoke out strongly against it, convincing his commander and fellow officers. Instead of launching an atomic torpedo, the submarine began to rise to the surface.

Luckily, in the next few days the crisis subsided. Nikita Khrushchev and John F. Kennedy opted for dialog. The correspondence between the two leaders, as well as the confidential channel between the Russian ambassador, Anatoly Dobrynin, and president Kennedy’s brother Robert, made it possible to find a compromise: the Soviet missiles were taken out of Cuba, and American missiles out of Turkey.

However, in the 2000s, Thomas Blanton, the director of the US National Security Archives said, recalling the B-59 incident, “the guy who saved the world was called Vasily Arkhipov”.
President Kennedy meets in the Oval Office with General Curtis LeMay and the reconnaissance pilots who found the missile sites in Cuba / Wikimedia Commons

In May 1967 the Cuban missile crisis was already a thing of the past, but the prospect of an all-out nuclear war had not disappeared. The Cold War was gaining momentum and by that time the United States and the Soviet Union had enough nuclear weapons to blow up the whole world.

At the time, both superpowers feared a sudden nuclear strike by the adversary, that would have made their strategic forces inoperable, blocking the possibility of a retaliatory strike. Thus, they paid enormous attention to early strike detection capabilities, trying to place radars as close to the enemy’s national launching facilities as possible.

On May 23, 1967, the American radars in Greenland, one of the cornerstones of the US early detection system, stopped working. Radars in other parts of the world experienced strong interference.

To the US military, it looked as if the entire early warning system had been jammed by electronic warfare. This could mean only one thing: the Soviets had paralyzed the key element of American strike detection capabilities, and their planes and missiles were getting ready to rush into the loophole.

The American Air Force was on full alert and began hastily preparing all available nuclear-armed bombers for take-off. Their crews had a list of approved targets in the USSR.

On May 1967, American air force was on full alert and began hastily preparing all available nuclear-armed bombers for take-off / Wikimedia Commons

God knows what would have happened next had some American officer not come up with the idea to contact the Air Weather Service (AWS) – an organization that prepared “cosmic weather forecasts” for the US military.

Upon receiving the service’s response, American officers sighed with relief.

“Yes, half the sun has just come off”, an AWS agent said.

It turned out that on that day a powerful flash occurred on the Sun. This very flash, and not Soviet electronic warfare, was the source of the powerful interference that temporarily disabled American radars.

AWS had released a Geomagnetic Storm Warning Bulletin, but it looks like no one from the American military cared to read the warning. After news about the flash had come, all preparations for a retaliatory strike were stopped. Nuclear catastrophe, once again, was prevented.

“This is a grave situation,” said Dolores Knipp a research professor in the Smead Aerospace Engineering Science Department at the University of Colorado.

“But here’s where the story turns: things were going horribly wrong, and then something goes commendably right.” 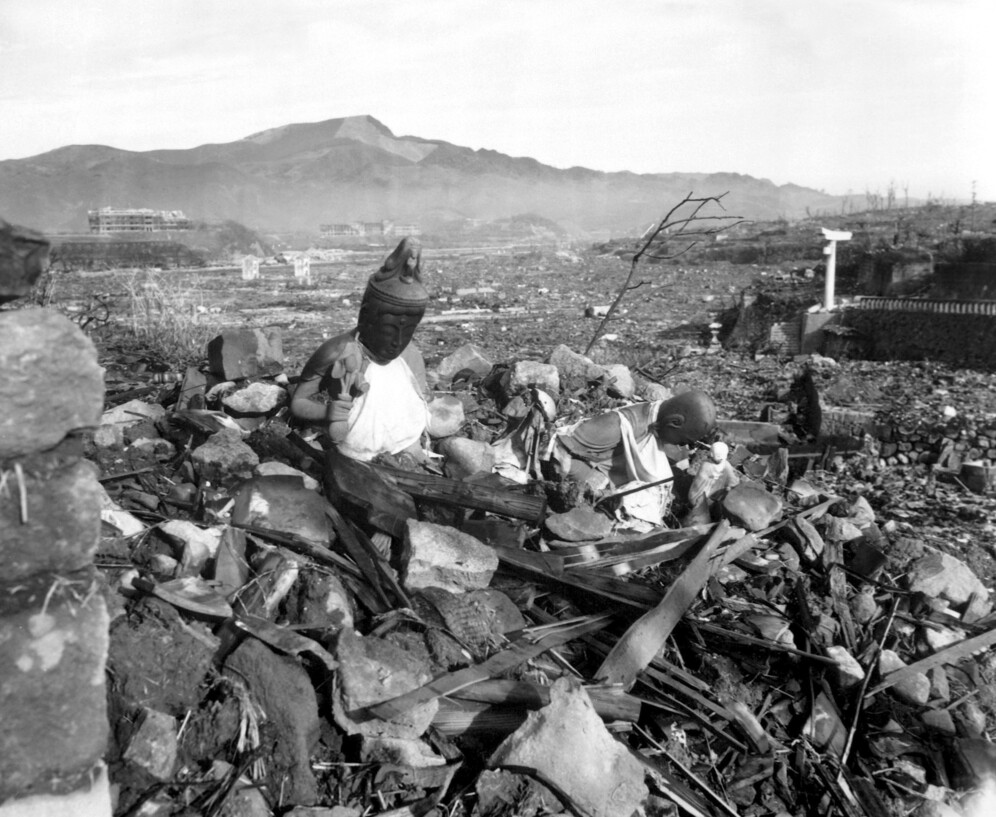 On the night of November 9, 1979, Zbigniew Brzezinski, the US national security advisor under president Jimmy Carter, was woken up by an emergency phone call. A military official told him the terrible news: the USSR had just fired 250 missiles into American territory.

Brzezinski admitted later he did not know what to do in the situation. Wake up president Carter so that he could authorize retaliation? Brzezinski knew that the president would have three to seven minutes to decide… But what if it was a simple error?

A new emergency call followed. The USSR had launched no less than 2,200 missiles at targets in North America, the military said in a panic.

The US military triggered emergency protocols to prepare for the coming nuclear war. Thousands of American nuclear missiles were ready for launch. Fighters went up into the air. Being sure that in half an hour they would all be dead, Zbigniew Brzezinski decided not to wake up his wife.

He was about to dial the president’s number when the phone rang for the third time. It turned out there was no attack. Just a technical mistake. Once again, disaster was prevented.

Related: Armageddon Ready. The All-American race to get the swankiest survival shelter

The incident received extensive media coverage. The Soviet leader, Leonid Brezhnev, even contacted president Jimmy Carter and urged him to ensure that such situations did not happen again.

Half an hour till the Armageddon 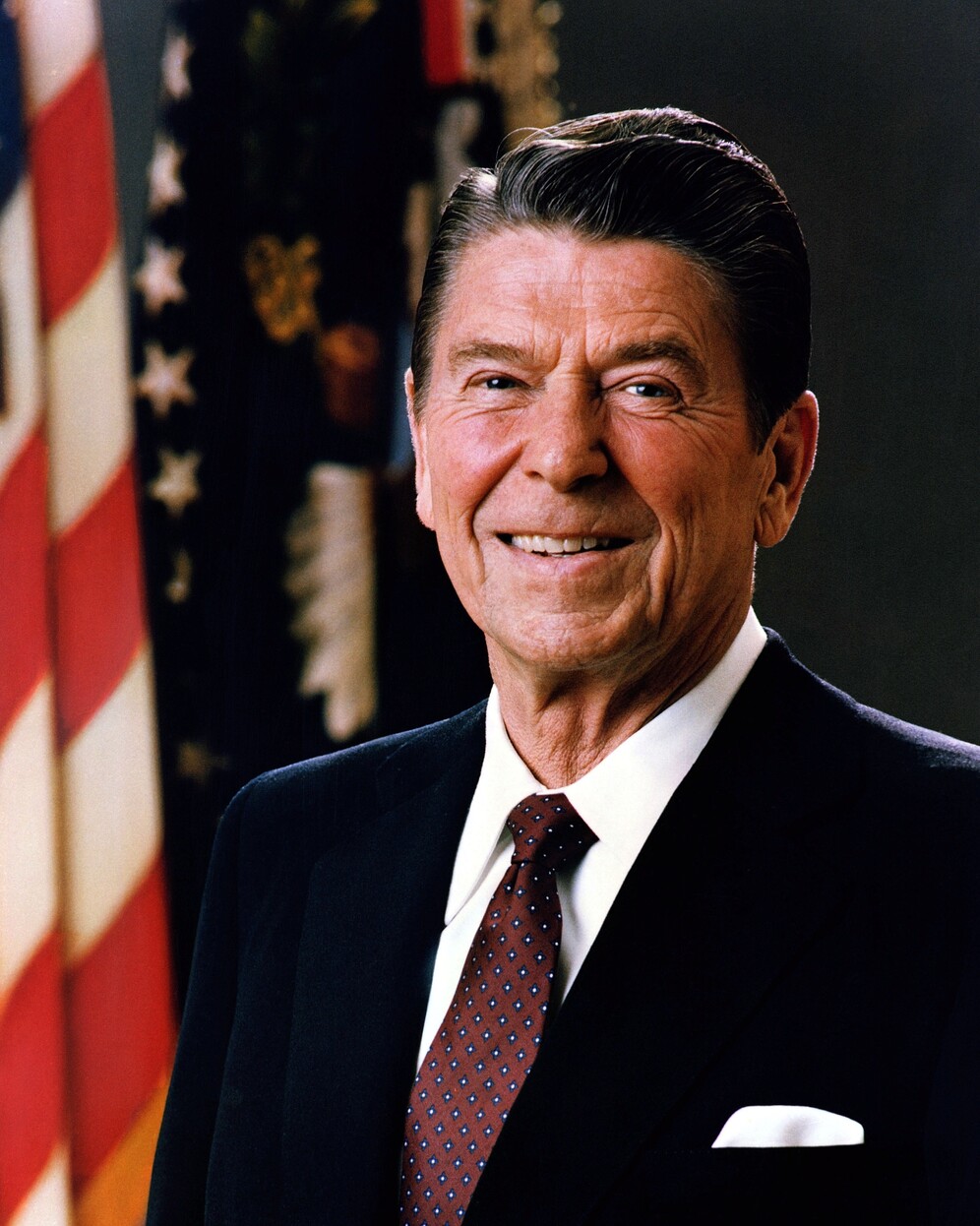 Ronald Reagan, 40th President of the United States / Wikimedia Commons
“My fellow Americans, I am pleased to tell you today that I’ve signed legislation that will outlaw Russia forever. We begin bombing in five minutes.” R. Reagan

Ronald Reagan’s obvious joke during a microphone check before a scheduled radio address came at a time when the tensions between the US and USSR had reached a new maximum. In the early 1980s, the American president called the Soviet Union “the evil empire” and made the decision to deploy intermediate-range nuclear missiles in Europe, putting an end to the détente of the 1970s.

US-USSR tensions gained additional momentum when a Soviet fighter shot down a South Korean Boeing 747 that had violated the border, mistaking it for a reconnaissance aircraft. The tragic mistake led to the death of 269 people.

In this context, a new “red line” incident came swiftly. This time no hedgehogs or sun storms were involved, but once again, a minor technical problem.

On September 26, 1983, amid a massive NATO military exercise, a Soviet command point in the suburbs of Moscow received a message about the launch of several missiles from American territory. The official procedure required that in such a case military personnel immediately notify senior Soviet officials, including the General Secretary of the Communist Party.

However, Stanislav Petrov, an engineer on duty that night, dared not follow procedure. Instead, he told the commander that it was a false alarm.

Petrov's logic was simple: in the event of a war, the Americans would use their entire arsenal, rather than launching a couple of missiles from one base.

Just past midnight 37 years ago, thanks to “a funny feeling in my gut,” 44 year-old Lt. Col. Stanislav Petrov’s calm calculation that a satellite warning of the launch of five US Minuteman ICBMs was a false alarm likely averted a catastrophic nuclear war. https://t.co/J5MrBqMmJg pic.twitter.com/zrXgiOW6cN

The next 15–20 minutes became the longest in the engineer’s life. That is the time needed for the missiles launched from the United States to appear on the second echelon radars of the Soviet warning system. When the time was up and nothing happened, all the staff of command point sighed with relief.

It later turned out that the reason for the false triggering of the new “Oko” warning system was the sun's rays reflected by high-altitude clouds. This defect of the system was fixed only in 1985.

The default design for tech always must give a human enough time to override any automated decision made by an algorithm.

‘Closer to you, Lord’

While in today’s increasingly complacent society, stories of an upcoming apocalypse may look like crazy talk, during the Cold War the risk was real, and no one actually excluded such a possibility.

CNN even had a special order on what to stream in the event of nuclear Armageddon. Ted Turner, the channel’s founder, instructed staff in this regard:

The anthem, by the way, was chosen deliberately: it was played by the Titanic’s orchestra in the last minutes before the ship’s demise. Turner ordered staff to prepare a special video clip, which has recently been found in the archives.