How to detect fake news: do it yourself or let Artificial Intelligence help you out
Has COVID killed Chinese speed? The latest on China’s rail expansion

The virus' way through the corridors of power: Why movers and shakers seem to be more susceptible to coronavirus than regular folks?

COVID-19 has infected over 20 million people worldwide. It continues its deadly march through continents, hitting both the rich and the poor, high-flyers and regular people alike. It's tempting to say the virus doesn't discriminate, but it wouldn't be right. Everyone has roughly the same chance of contracting coronavirus if exposed, but low-income and underprivileged communities have a higher chance of dying from the virus. This is because they're unable to access or afford medical help and are likely to have more pre-existing health conditions. But one category of people has been getting infected at a staggering rate despite ample privileges and early access to information. Who are they? The answer might surprise you: it's politicians.

In March, interviewed by Time magazine, Professor Francois Balloux, of University College London, explained, "There are far more politicians who have been infected than you would have by statistical chance. Politicians are over-represented in the number of people who have been diagnosed."

Indeed, dozens of national and local politicians around the world have revealed they contracted the coronavirus. Those with mild symptoms continued to work while quarantined. Still, others, like British Prime Minister Boris Johnson, ended up in intensive care and took time to recover. 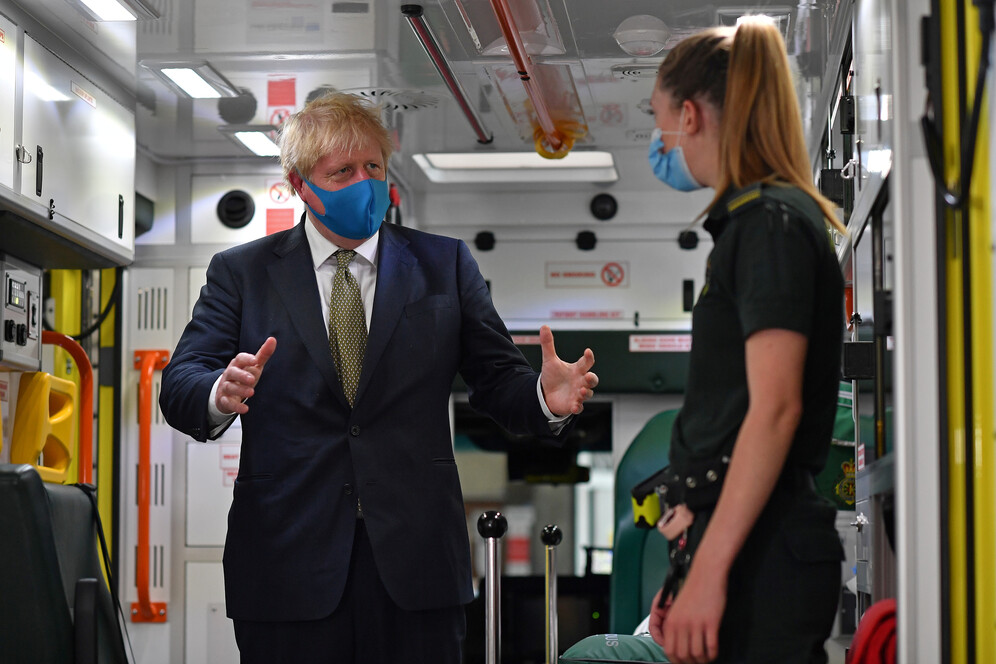 One of the explanations for this phenomenon could be that they routinely come into contact with lots of people, this being part of their job.

A life-long habit of shaking hands didn't die fast, so many got infected before they knew it.

Some leaders, like German Chancellor Angela Merkel and Canadia Prime Minister Justin Trudeau, decided to err on the side of caution and self-quarantined after contact with confirmed coronavirus carriers.

US President Donald Trump showed little caution when he refused to self-isolate after standing inches from Fabio Wajngarten, a Brazilian presidential aide, who had the virus when the presidents met at Mar-a-Lago. Experts say it was nothing short of a miracle the 74-year-old Trump didn't go down with COVID, given his reluctance to wear a mask throughout the pandemic. The first time he was spotted wearing one in public was on July 11 during a visit to the Walter Reed National Military Medical Center. After facing scathing criticism for downplaying the importance of face-coverings, he had to change his tune.

We are United in our effort to defeat the Invisible China Virus, and many people say that it is Patriotic to wear a face mask when you can’t socially distance. There is nobody more Patriotic than me, your favorite President! pic.twitter.com/iQOd1whktN

As the virus raged through Latin America, at least three presidents – Bolivian Interim President Jeanine Añez, Brazil's President Jair Bolsonaro and Honduran President Juan Orlando Hernandez – tested positive and were quarantined. Italy suffered one of the worst outbreaks in Europe, and there Nicola Zingaretti, the head of the Italian Democratic Party, tested positive, as well as many local politicians. In Turkey Haydar Bas, the 73-year-old leader of the Independent Turkey Party (BTP) died of COVID in April.

In the Middle East, Iran was the epicentre of the outbreak, with dozens of acting and former politicians and religious leaders getting the virus and some dying. Iranian Vice President Masoumeh Ebtekar was the country's highest government official to get infected. 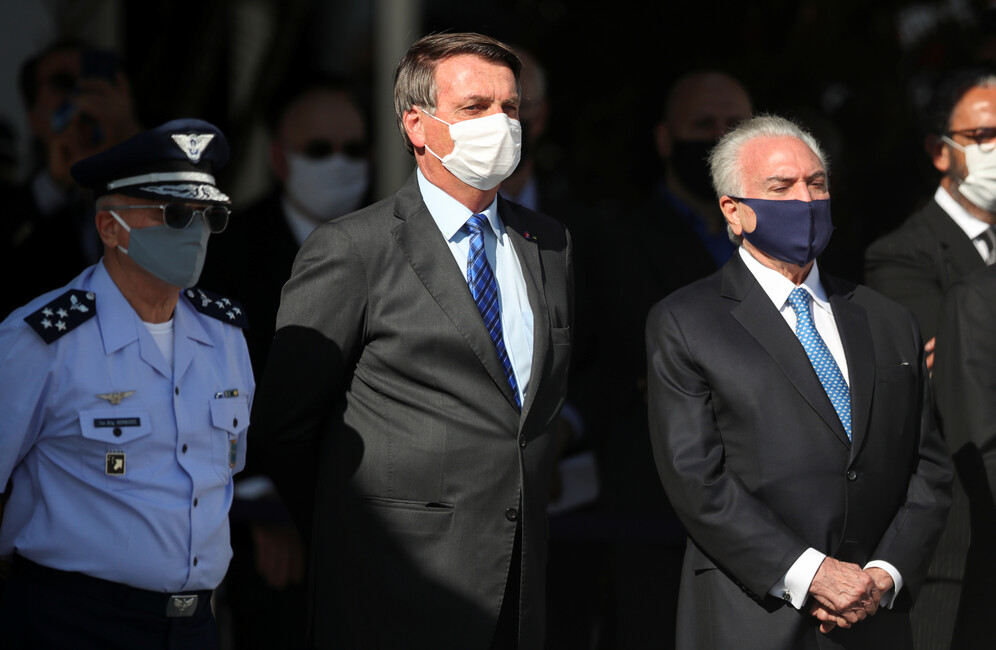 Brazil's former President Michel Temer and Brazil's President Jair Bolsonaro attend an event before the departure of humanitarian aid for Lebanon, after the Beirut disaster /Amanda Perobelli by REUTERS

Many high-profile events got cancelled or were held online, like the G7 summit scheduled for June at Camp David.

Governing in teleconference mode turned out to be unrealistic in many cases.

Even with due precautions, surrounded by aides and conducting dozens of meetings each day, government officials and lawmakers were more likely to get coronavirus and, potentially, to spread it, too.

The higher number of cases among public personalities could be due to the relaxed attitude and inability to grasp the gravity of the situation, especially in the first weeks of the pandemic.

Belgian Prince Joachim tested positive after a holiday in Spain, where he admitted to having attended a private party that breached Spain's pandemic regulations that ban gatherings of over 15 people. Prince Albert of Monaco was the first European royal to come down with COVID, after attending an event for Water Aid on March 10 in London. There, among others, he mingled with Britain's Prince Charles, who also tested positive shortly afterwards. Later, on May 1 Pakistan's parliament speaker Asad Qaiser said he had tested positive for COVID-19 after hosting an iftar dinner to celebrate Ramadan. 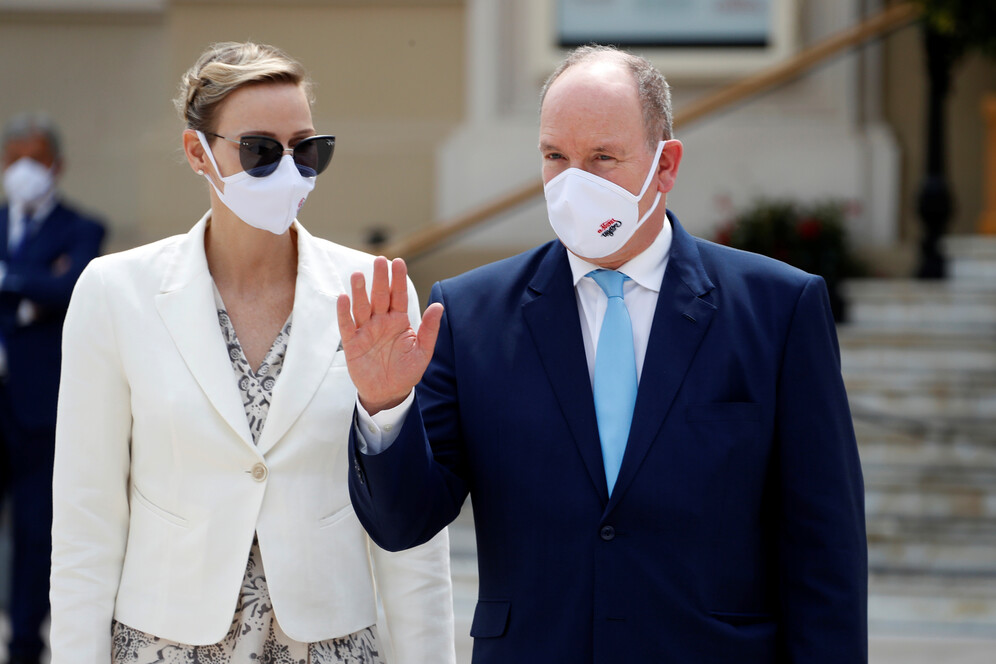 In early July a massive outbreak of COVID-19 occurred among Mississippi lawmakers, simply because they flouted recommendations to wear a mask inside the Capitol.

Many US lawmakers have until lately tended to ignore mask-wearing etiquette and made a point of it.

In the US, rules and regulations mandating face-coverings have been primarily left to the discretion of individual states, cities and institutions. The epidemic has seriously upended the work of the US Congress, with the Senate returning to work in May, and the House of Representatives still mostly staying away and voting from home. Since the start of the virus outbreak, dozens of lawmakers were tested positive and have gone through periods of self-quarantine. After Texas Representative Louie Gohmert, who has frequently refused to wear a mask, tested positive for coronavirus, House Speaker Nancy Pelosi (an avid mask-wearer) announced new rules requiring all members and aides wear masks on the floor.

Leader of the House majority, and of mask-to-pantsuit color coordination: @speakerpelosi

When analyzing coronavirus among politicians and government officials, experts agree the statistical discrepancy could also happen for a number of reasons.

Politicians tend to be considerably older than the median population.

As we are too well aware, advanced age is one of the risk factors when it comes to catching COVID-19. Also, when lots of COVID cases in the general population went unrecognized, politicians could find out they'd been infected even before showing symptoms.

Government officials had better access to testing during the early stages of the pandemic.

Six months after first coronavirus cases were registered, the disease hasn't been tamed. Recent studies show that in those who'd been exposed to the corona and developed immunity, antibodies might fade pretty fast, making immunity short-lived. As coronavirus vaccines are still in their infancy and a definitive cure has yet to be discovered, the only thing left for us, as well as political power players and celebrities, is to try and avoid catching the bug as best as we can. In this respect, the virus is indeed "the great equalizer".