U.S. President Donald Trump has appointed a new top Russia advisor. Tim Morrison first appeared in the press in articles about his predecessor's departure. Fiona Hill recently stepped down from the post after nearly 2.5 years. Hill was a critical Putin biographer who had already made a name for herself before stepping onto the political stage. Morrison however, only joined the administration last August and is still a bit of a dark horse. 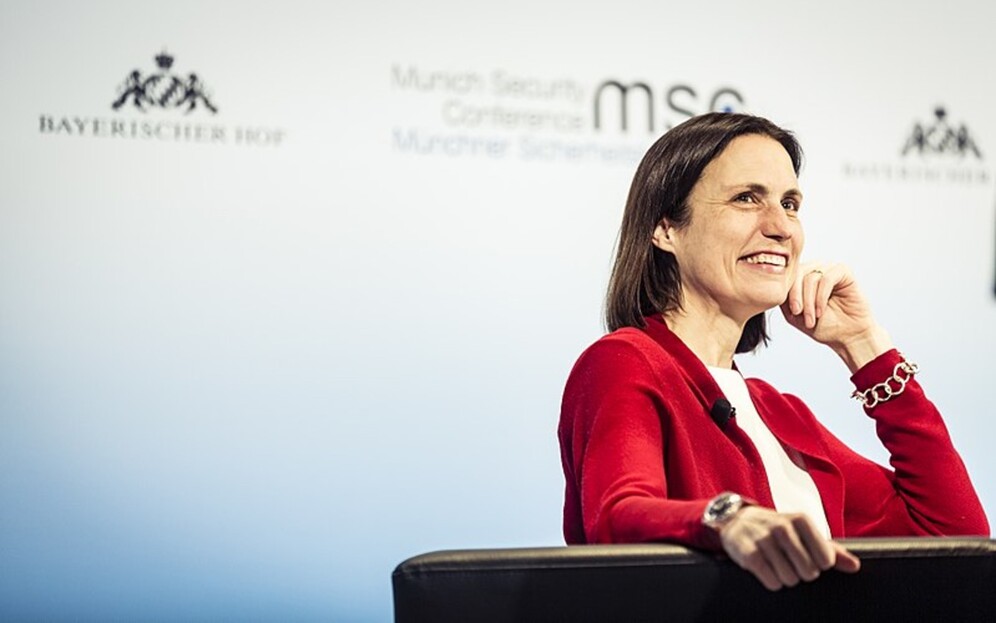 Before joining the White House, Fiona Hill, a former Brookings scholar with many publications about the need to exert greater pressure on Russia.

Among his colleagues, he is reputed to be a strong, and sometimes unnecessarily harsh, negotiator. He’s also considered a hardliner on nuclear policy, having played a crucial role in shaping the nuclear modernisation program started under Barack Obama. Some critics believe that John Bolton’s fresh appointee shares his hawkish views on the nuclear agenda. So much so that blocking, rather than promoting, arms control agreements, is part of the job description set by his boss. 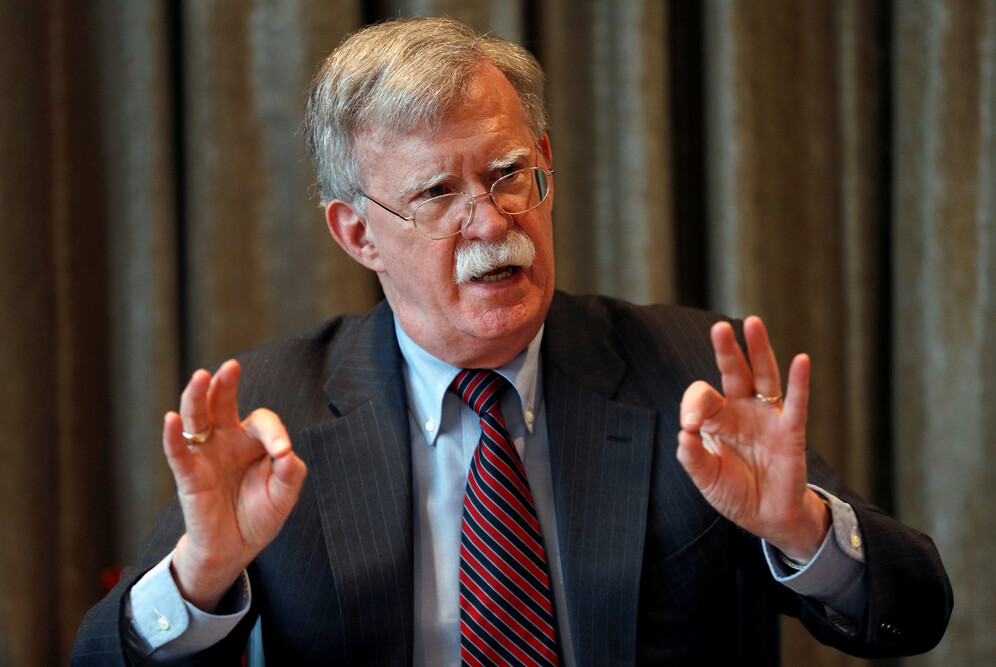 Some critics believe that John Bolton’s latest appointee shares his hawkish views on the nuclear agenda. So much so that blocking, rather than promoting arms control agreements, is part of the job description. © Reuters / Peter Nicholls

When news of Morrison’s appointment began to circulate, around June 18th, a National Security Council (NSC) spokesman declined to comment on personnel matters. This led to frenzied media speculation about what the designation meant for future disarmament in particular and the tumultuous US-Russia relations in general. Morrison has since appeared with a US delegation, led by Deputy Secretary of State, John J. Sullivan, in Geneva, to negotiate a new arms control treaty.

Morrison joined the National Security Council in July 2018, as a Special Assistant to the President and Senior Director for Weapons of Mass Destruction and Biodefense, before that he served as Policy Director for the House of Representatives Armed Services Committee. His primary responsibility was funding and oversight of the Department of Defense (DOD) and the United States armed forces. At different times, he’d held a variety of other staff positions in the House of Representatives and the Senate. He is well educated with a Doctorate from the George Washington University Law School and a B.A. in Political Science from the University of Minnesota. 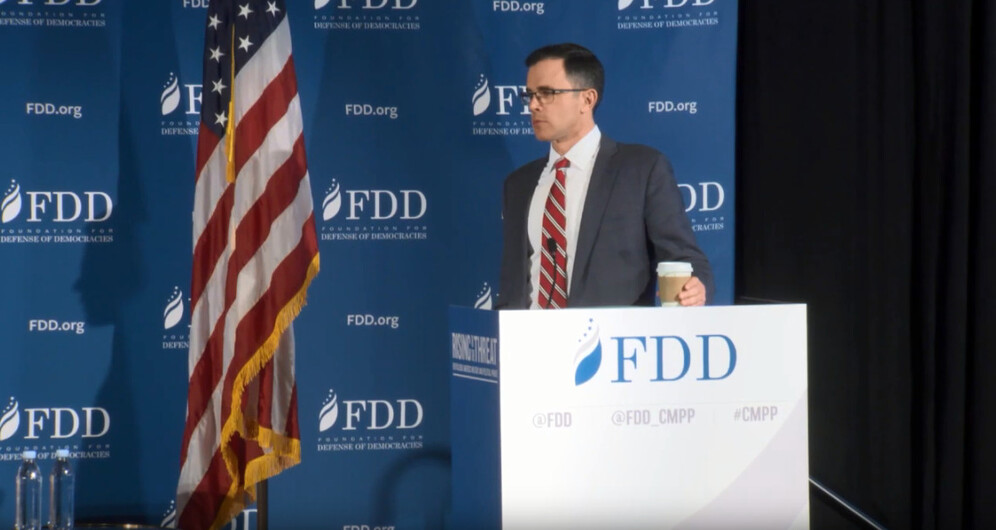 The media has described Tim Morrison as a 'nuclear super-hawk and 'Bolton without a moustache'. He may be younger than Bolton but he shares the same hard-line views on nuclear policy. © Youtube/Foundation for Defense of Democracies

A picture on his now locked Twitter account is said to feature a red 'Trump-style' baseball cap with the legend; “MAKE DETERRENCE GREAT AGAIN”. If true, this reveals more about his beliefs than he might care to admit. 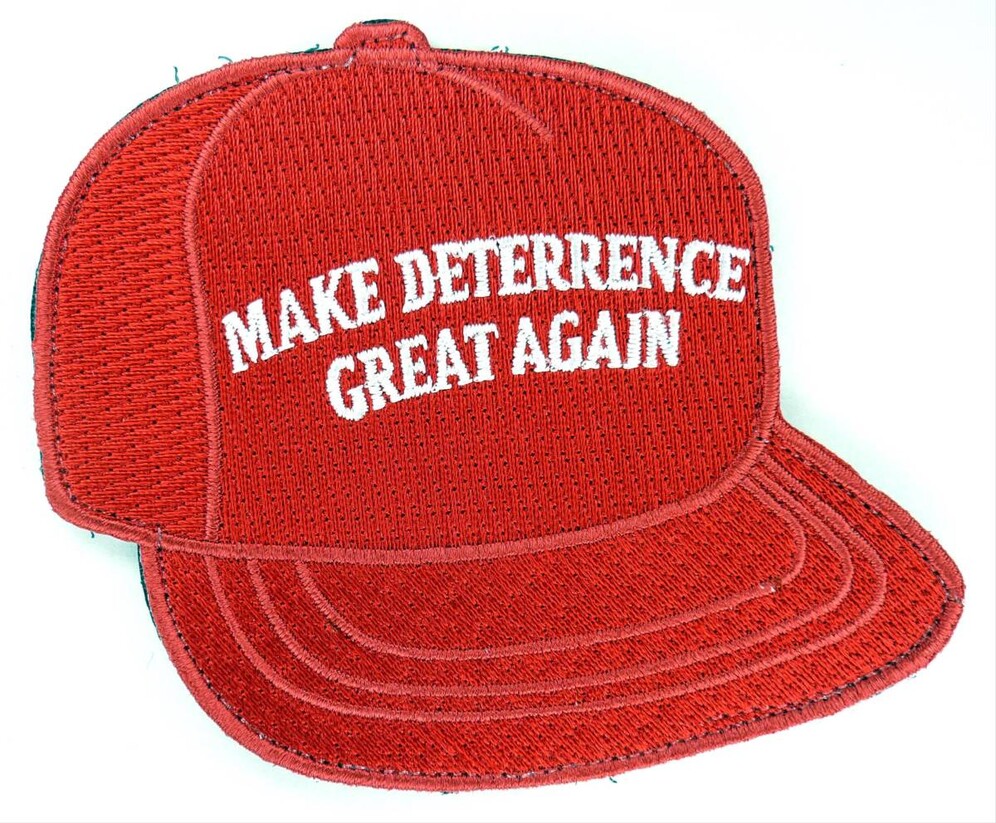 The avatar on Tim Morrison's protected Twitter account featured a baseball cap with the motto, 'Make deterrence great again', a clear reference to the US ideology of nuclear deterrence, a key doctrine of the Cold War era.

In the aftermath of Trump’s recent decision to abandon the 1987 Intermediate-Range Nuclear Forces Treaty (INF) with Russia, and in view of the approaching 2021 expiration of the New START arms control treaty (which limits the stockpile of strategic nuclear missiles in both countries), Tim Morrison now takes centre stage as someone who might be instrumental in determining the US stance on arms control. President Trump has repeatedly said he’d like to develop a three-way nuclear deal with Russia and China. So far, Bejing has roundly rejected the idea in any shape or form.

Bolton and his team of arms-control sceptics, on the other hand, argue that the old bilateral Russo-American model that excludes China is no longer viable. Any negotiations, therefore, end up in an impossible impasse. Some experts believe that this might just be a smokescreen for an attempt to sabotage the treaty altogether. Between them, the United States and Russia still hold more than 90 per cent of the world's nuclear weapons. Any attempt to prevent the two powers from agreeing at least a measure of arms control might easily expose the world to dangers it has never seen before.

Tim Morrison’s stint as top Russia adviser on President Trump’s National Security Council turned out to be short-lived, yet full of drama. News of his departure was confirmed late on October 30 by an unnamed yet widely quoted senior administration official, who reportedly said: “After more than a year of service at the National Security Council, Mr. Morrison has decided to pursue other opportunities – and has been considering doing so for some time. We wish him well.” In light of his former chief and mentor John Bolton’s scandalous dismissal in September, Morrison’s resignation would be expected rather than sensational. However, since the news came on the eve of Morrison’s scheduled testimony in the Democrats’ ongoing impeachment inquiry, the media found it hard to believe his decision to resign had nothing to do with his role as a crucial witness in the probe.

Impeachment investigators are trying to find out whether Trump made nearly 400 million dollars in military aid to Ukraine contingent upon its willingness to investigate former Vice President Joe Biden’s son Hunter, who once served on the board of Ukrainian energy company Burisma Holdings Ltd. The “quid pro quo” deal was ostensibly aimed at discrediting Joe Biden, Trump’s potential Democratic rival in the next US presidential election.

Tim Morrison was subpoenaed to appear as a first-hand witness to a July telephone conversation between Donald Trump and Ukraine’s President Volodymyr Zelensky. Morrison was one of the senior officials present in the Situation Room during the talk. Upon hearing the exchange, he alerted NSC lawyers to demands that the president had allegedly placed on the Ukrainian government. This fact, among others, was shared by William B. Taylor Jr., the chargé d’affaires of the US embassy in Kiev, in closed-door testimony on October 22. In his 8-hour testimony on Thursday, Morrison reportedly corroborated the key elements of Taylor’s account, allowing the House to formalize its impeachment inquiry with a vote, and setting the stage for further public hearings.

Morrison is the third official to resign before testifying, the other two being the former Ukraine envoy Kurt Volker, and Michael McKinley, a former senior aide to Mike Pompeo.

Tim Morrison will likely be replaced by Andrew Peek, the deputy assistant secretary of state for Iraq and Iran at the Bureau of Near East Affairs.