Trump vs Biden: Did social media tip the scale?
Do you speak corona? Test your knowledge of the 2020 pandemic slang

How a math professor led a revolution in Las Vegas

This American math professor proved scientists are smart enough to become rich. Edward Thorp is widely known as a card counting pioneer. He successfully used probability theory to make thousands of dollars on playing blackjack and roulette. His book ‘Beat the Dealer’ wreaked havoc in the gambling world.

Together with another math professor, he invented the first wearable computer which allowed players to gain an edge in roulette. He was also the first to discover how to win at baccarat by counting cards. He went so far as to be turned away by all the casino bosses across Las Vegas. What started as an experiment became Thorp’s passion and almost cost him his life.

Thorp had been thinking about how to win at blackjack (or twenty-one) since 1958. He noticed that even experienced players didn’t understand the mathematics behind it. He decided he could find a way to win systematically.

"I was just interested in solving a problem and seeing if I could do it." - Edward Thorp: http://t.co/6BDEkb5221 pic.twitter.com/J5iHmRyAjn

Born in 1932, Edward O. Thorp spent much of his childhood in a home laboratory where he conducted experiments with radio waves and explosives. His passion for card games began while he was a college student. He graduated from the University of California with a PhD in math and married English literature graduate Vivian Sinetar. They stayed together their entire life and raised three children. In 1959, Thorp moved to teach mathematics at the Massachusetts Institute of Technology.

“All my life I’ve been an independent thinker,” he said. “When somebody says a casino game can’t be beaten, I ask why. In reality, some of the games, under some circumstances, can be beaten.”

Along with his scientific research, Thorp sought answers to his questions — how to win at roulette and blackjack.

At blackjack, the number of cards in the deck continually reduces. A possibility to win depends on which cards are eliminated and which remain in the deck. To gain the edge, a regular player would need to calculate millions of card combinations. If Thorp did it on a calculator, he wouldn’t have done it in a lifetime. But at MIT, he could use the university’s IBM 704. 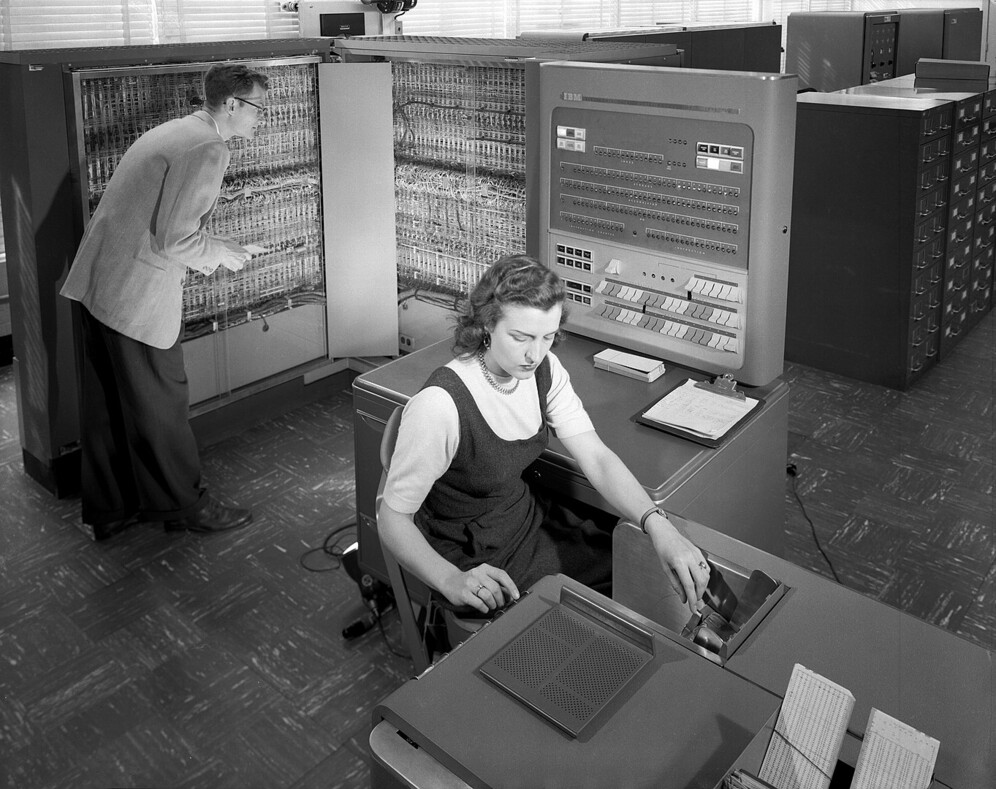 Thorp found out that the more nines, ten (these are also queens, kings and jacks) and aces in the deck, the better it is for the player. He developed several card counting strategies. In 1960, he finally came up with the optimal winning strategy — counting ten.

To understand if he has an advantage, the player monitors the ratio of the number of other cards to tens. There are 16 tens and 36 other cards in a full deck.

For betting, Thorp applied the ‘Kelly Criterion’, which suggests making larger bets when the player has an advantage and small bets when the house has the edge. Under this system, the player usually wins most of the big bets and ultimately makes a profit. However, he can lose most of the small bets in disadvantageous situations during the game.

It might be amusing to learn that the first version of the wearable computer wasn’t intended to show you time or analyse your heartbeat. It assisted its creators in making money on Las Vegas casinos. In 1960-1961, Thorp and another MIT professor Claude Shannon worked together on a winning roulette strategy. They created the first wearable computer running tests on a discarded roulette wheel they’d bought. 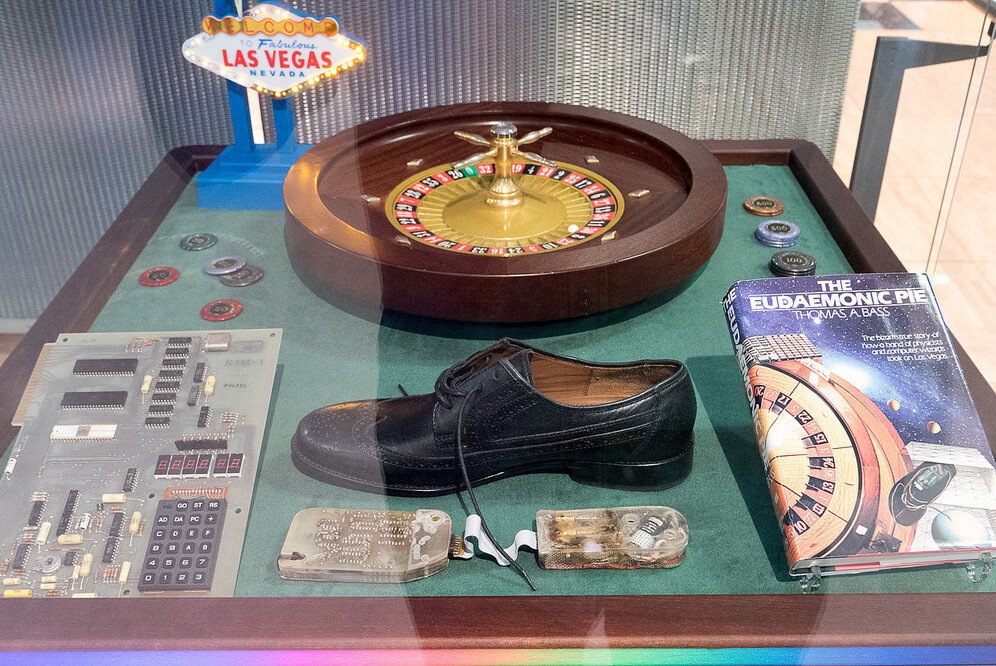 The first wearable computer was the size of a cigarette pack and was placed in a shoe. / Photo by Hydro.tiger / via Wikimedia

One participant would put a device the size of a pack of cigarettes in a shoe. The first time he would press the button with his toe when the roulette started. The second time, when the wheel made one turn. The computer would calculate the future position of the ball and send a radio signal to the player. The player had a hidden radio hidden with a thin steel wire to a speaker in his ear, where the signal was received.

After testing at the casino, Thorp and Shannon were convinced the system worked. But the computer was technically flawed, and they stopped using it. The speaker sometimes fell out of the ear, and the wires broke, prompting an exit from the game.

In the summer of 1961, Thorp’s contract with MIT expired. He was offered more work but turned down the offer. Most of the time, he spent on strategies for winning at roulette and blackjack, and not on scientific projects. Ultimately Thorp transferred to the University of New Mexico where he was offered tenure and enough time for research. 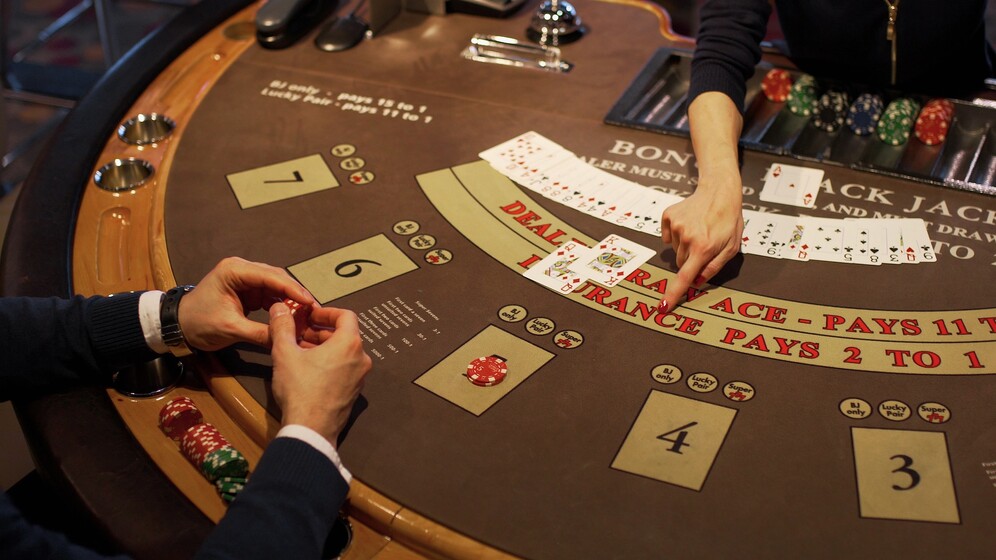 Thorp developed the theory of card counting as we know it today, presenting his findings at a math conference in 1961 / Photo by Aidan Howe / via Pixabay

Thorp continued to test his blackjack strategy at the casino. After a year running computer simulations, Thorp developed the theory of card counting as we know it today, presenting his findings at a math conference in 1961. But at the time he was already known to various casino sharks and was regularly ousted when the pit bosses suspected him of counting.

“There’s a lot of intensive peering at the cards, and I vary the size of my bets considerably," Thorp told the Los Angeles Times.

"So it becomes clear to anyone watching, and every table is watched from overhead that I’m either a very good or a very bad player. It doesn’t take long for them to figure out which.”

Thorp summarised winning strategies for playing blackjack and ways to figure out cheating casinos in his book Beat the Dealer, published in 1962. The book caused panic in the casino world. At first, there were scathing articles in the press against Thorp, who denied the possibility of beating the casino at blackjack.

But at the same time, the casinos watched for players who counted the cards and forbade them to play. Thorp was even forced to disguise himself to avoid falling victim to local mobsters. In 1964, for the first time in casino history, they changed the rules of blackjack. Not for long, though, as regular players who did not count cards were unhappy.

After roulette and blackjack, Thorp started looking at another card game — baccarat, popularised by Casino Royale, a James Bond movie. In 1962, together with mathematician Bill Walden, he developed a strategy for counting cards for baccarat, and in 1963 he went to Las Vegas to test it. 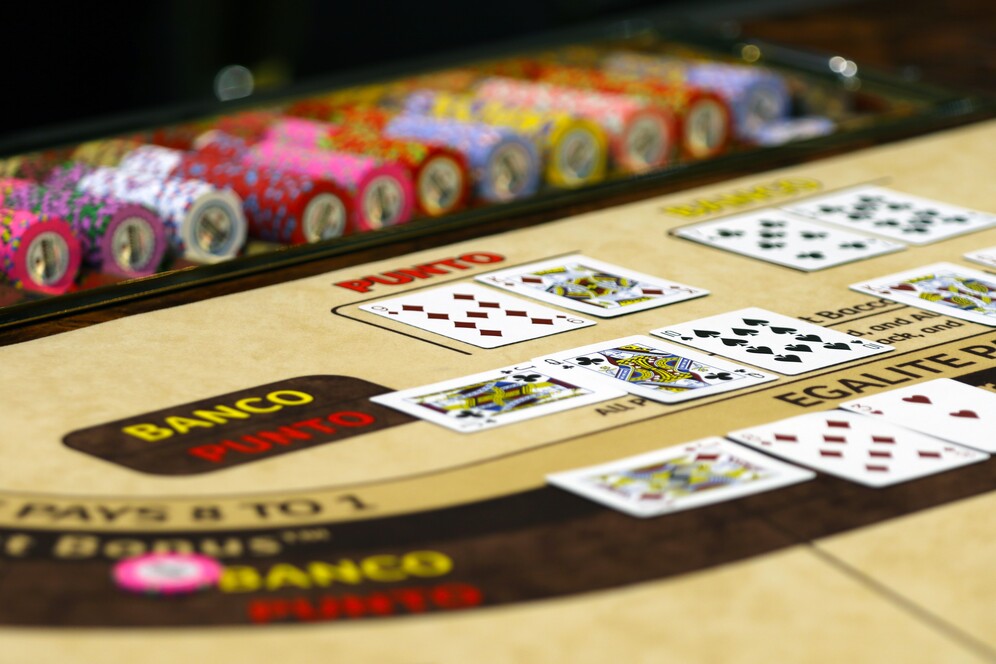 Thorp and his companions played at the Dunes Casino for five days. The administration wasn’t thrilled about their constant winning, and Thorp was given a “warning” and drugs were added to his drink. “I’d been winning steadily, and they had been pretty hostile to me," he said.

"Then all of a sudden they got friendly and asked me if I wanted some coffee. Within 15 minutes, I couldn’t think any more, couldn’t count and finally couldn’t walk straight. It took six hours for the effects to wear off." 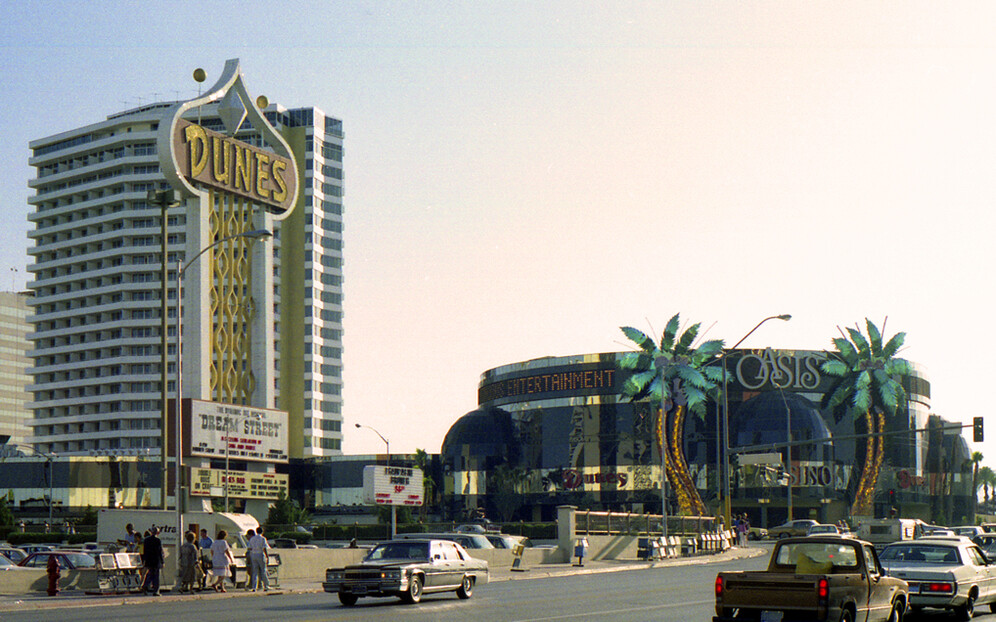 The Dune's administration wasn’t thrilled about Thorp's constant winning, and he was given a “warning” / Photo by Larry D. Moore

On the sixth and last night, they played at the Sands casino, which Thorp left with a win of $2,500 — but the casino co-owner personally banned Thorp from playing at his venue anymore. After retrieving his car from the Dunes’ valet, he and his wife headed off home, back to Arizona. “We went down a steep hill and the accelerator locked,” Thorp recalled the incident.

“Thinking fast, I geared down as low as I could, put on the emergency brake and switched off the engine. It turned out that the linkage between the gas pedal and whatever made the car go faster had been tampered with.”

By then Thorp had won $25,000 in Las Vegas and earned $100,000 from his book, but after the car incident, he got the message. Thorp returned to California and taught courses in probability and functional analysis in the University of California in Irvine.
However, new challenges didn’t wait for long. Thorp shifted to basic investment. He believed that, like gambling, financial markets could be analysed using mathematics, statistics, and computers. He moved to Wall Street where he developed a module for predicting market fluctuations and made a fortune which is now estimated at $800 million.