What’s new on RTD?
What is the Open Skies treaty?

Kamchatka is sometimes referred to as the ‘Land of Fire and Ice’ with active volcanoes alongside glaciers.

Every year, Kamchatka, arguably the most beautiful region in Russia, attracts intrepid men and women, along with their faithful dogs, to an extraordinary event called, Beringia. This long-distance dog-sled race pits participants against Mother Nature.

For more than a month, human and hound endure Beringia's sub-zero temperatures, howling winds, and driving blizzards. The distance varies from year to year and in 2018 the route covered 2,100 kilometres across the rough, unrelenting tundra.

This year’s race will set a new world record as the longest ever dog-sled race after the 1991 Beringia first entered the Guinness Book of Records with a 1,980-km trek.

15 teams ploughed through nearly 25 stages of almost 100 kilometres each to cover the whole, gruelling distance. They came from Kamchatka, Chukotka and even Moscow, previous multiple-champions and novices alike were pushed to the limit, racing for the thrill and prize-money of almost $50,000.

While most contestants choose modern sleds, a few mushers, also known as ‘kayurs’, opt for a more traditional variety called a ‘narta’. The first to cross the finish line in a narta receive a special award and a $7,000 prize for “loyalty to the traditions of the North”. 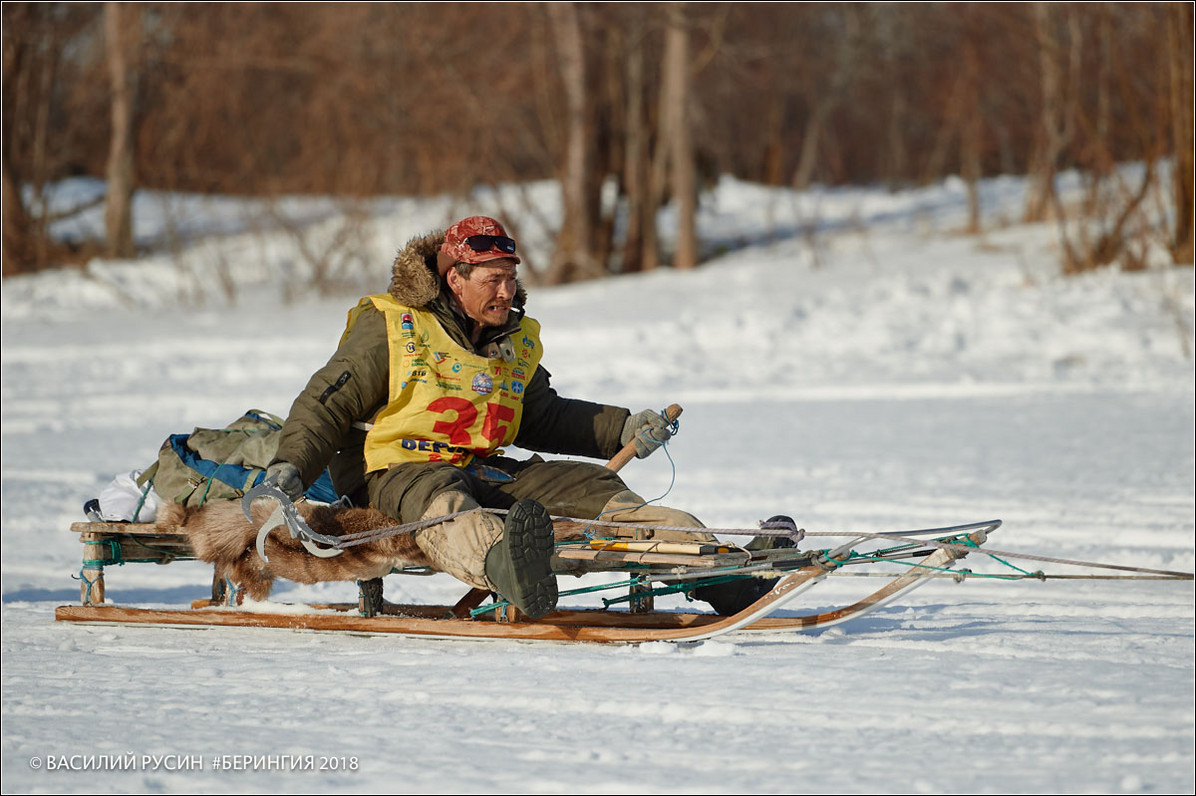 The rules stipulate that each sled is pulled by a team of 8 to 16 dogs. The furry four-legged athletes are closely monitored by their owners and vets to avoid injuries and casualties. Mushers can pull a dog from the race on health grounds but aren't allowed to harness a new one in its place.

Unlike most dog-sled races, in Russia’s Beringia, specialist racing dogs team up with working cargo pullers. In a land where some settlements are so remote they can only be reached by air or dog-sled, Beringia pays tribute to a traditional lifestyle that made survival in the farthest-flung corners of the harsh northern landscape possible.

Beringia is the geological name for the land, now-submerged, that once linked Siberia and Alaska.

Dogs aren’t just man’s best friend; for native populations in Kamchatka and neighbouring Chukotka, they transport all of life's necessities; wood, meat from a successful hunt, and even people but traditional dog breeding has almost ceased to exist since the 1960s when snowmobiles started to become more popular. First held in 1990, the Beringia race is now reviving interest in ancient traditions.