The Kremlin’s prettiest weapon: How a famous Soviet model ended up in a psych ward
End-of-life coach: The art of dying well

Your Microbes Want A Cheeseburger: How bacteria living in our bodies make decisions for us

Usually, we see bacteria – with minor exceptions – as dangerous little beasts who wreak havoc on our bodies and bring nothing but diseases and sickness. However, recent research reveals that not only do bacteria living in our body influence our eating habits and physical condition, but they also help make up for the nutrients we lack. Besides, they have a very complicated social organisation that can be compared to human society.

Our body and especially the penultimate part of our gastrointestinal tract – the large intestine – is home for numerous microorganisms. The number of microbes living there is ten times more than our body’s cells. All those microbes compose what is called the microbiota of a human body.

Scientists have known for decades what we eat can have an impact on the balance of microorganisms in our digestive tracts. Going for a burger or Greek yoghurt for lunch can increase populations of some types of microbes and decrease others. As the relative size of these populations changes, they synthesise different substances, activate different genes and consume different nutrients. 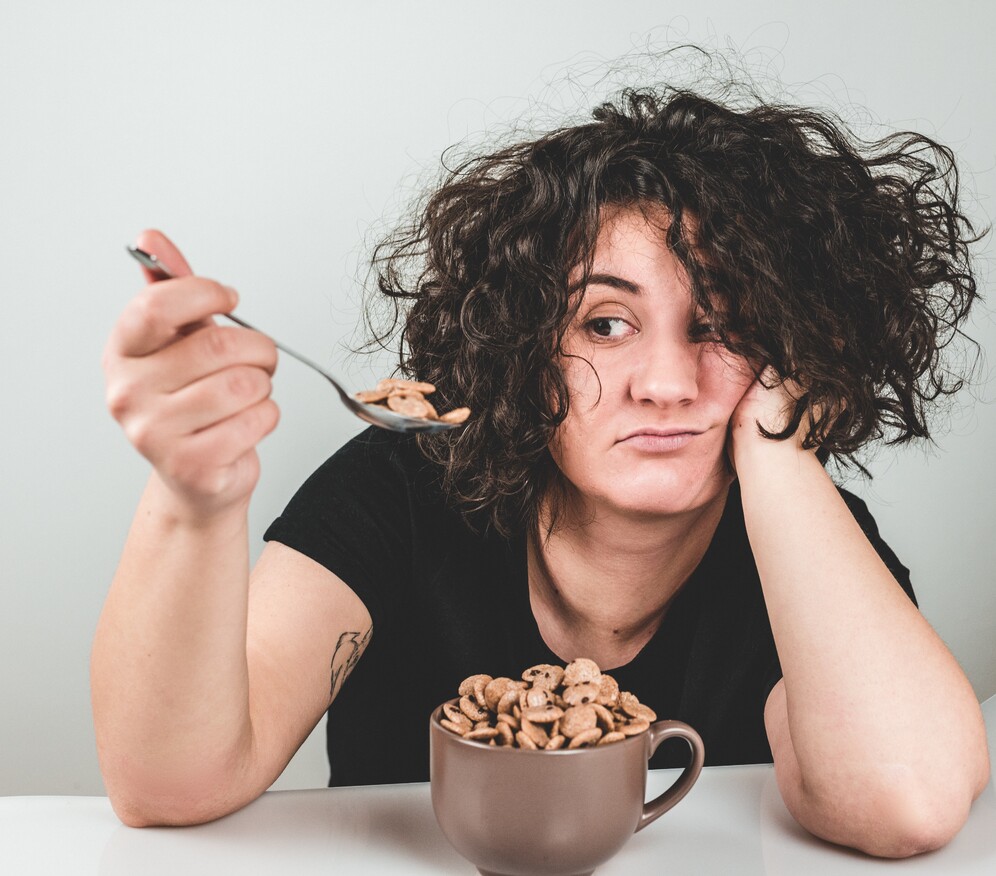 Intestinal bacteria have also been known to influence diet and behaviour as well as anxiety, depression, hypertension and a variety of other conditions/Tamas Pap via Unsplash

A study on flies by a Portugal neuroscientist Carlos Ribeiro has shown that specific types of gut microbes help a host animal to detect what nutrients it lacks and what amount of this nutrient it needs. Such an outcome has led to a hypothesis that the same process may take place in the human body. Bacteria produce certain compounds that are very similar to human neurotransmitters that regulate our behaviour: joy, a state of harmony, aggression or discomfort. For example, dopa, the precursor of dopamine, is produced by microbes. The substance quickly enters the bloodstream, disperses throughout the body, our dopamine level rises, and we feel joy.

Bacteria feed us: they supply the lion’s share of nutrients we cannot synthesise ourselves.

Vegans serve as a perfect example of this: they don’t get essential amino acids from meat products, and at the same time, they’re relatively healthy and live well. This is possible thanks to microbes that synthesise the amino acids the body lacks. Some evidence shows if a person consumes a lot of plant food, microorganisms can produce up to 20% of the total energy of the body.

Give me your (bacteria), and I’ll give you mine

So, if bacteria influence our food preferences, can we change those preferences by changing our gut fauna? Will scientists be able to take the bacteria of a thin person and transplant them to a heavy person’s body to help them lose weight? This would make dieting much more straightforward and many people who want to lose weight – happier. Some experiments on animals showed that transplanting bacteria from one organism to another can change the original characteristics of the former. So, lovers of churros and chocolate can keep their fingers crossed.

A somewhat similar technique has already been employed in treating Crohn’s disease. The disease causes inflammation of the large intestine.

Usually, to treat the disease, surgeons cut out the damaged part of the intestine. Recently, the stool of a healthy person was “transplanted” to a patient undergoing hormonal treatment.

In other words, the healthy faeces were poured into the patient’s intestines. And no matter how unsavoury it may sound, in about 80% of cases, the patient recovered. Faeces as a therapy were first used in fourth-century China for the treatment of different conditions, including diarrhoea. We don’t know whether the Chinese knew the positive effects of the therapy were due to the microorganisms that live in human stool. As for modern microbiologists, they were amazed at the results involving Crohn’s disease patients. 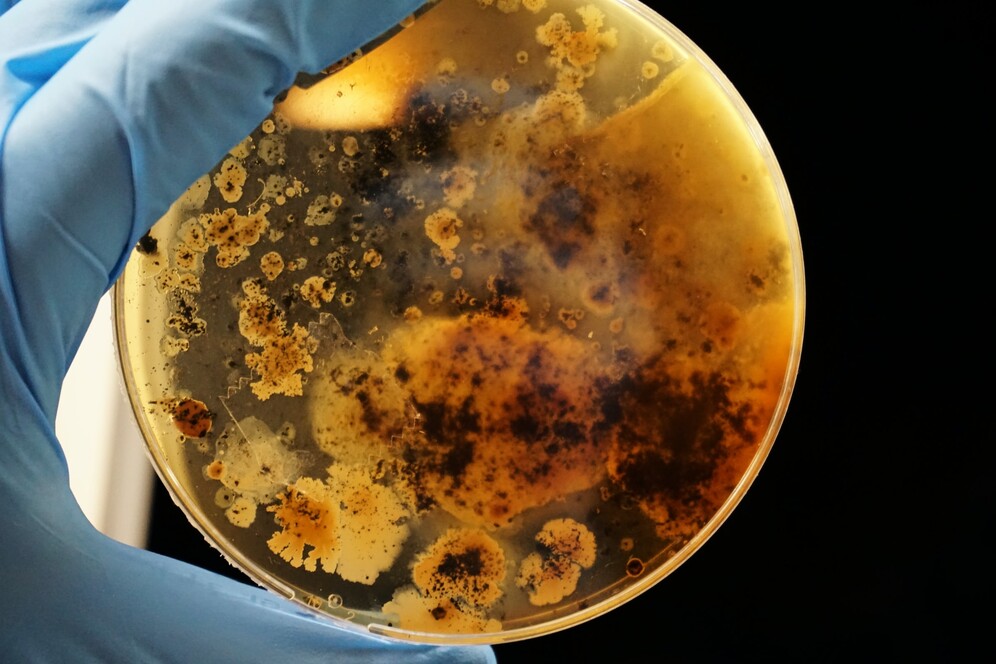 Scientists tried to grow individual microbes isolated from one person’s body to transfer them into another’s body, but failed. The truth is that the bacteria that live in our body are highly dependent on a specific environment/Adrian Lange via Unsplash

They are interconnected with numerous other microorganisms and cannot exist outside this symbiosis. That’s why for now, such techniques as faecal microbiota transplant remain the only option to exchange good bacteria between human bodies.

Symbiosis is not the only mechanism that makes the microbe world so unique and enables bacteria to guide our bodies in our everyday lives. The bacterial world is more complicated than the human one.

Unlike humans, microbes are good at keeping the right balance between independence and social responsibility.

The interaction between them is very, very complex. For example, in multicellular organisms, there is such a mechanism as apoptosis – a reasonable suicide. Bacteria also have such a mechanism. Still, in the micro-world suicide is not just “a waste of substance”, it’s a meaningful process. In the process, a bacterium transforms itself into food for its buddies. In other words, apoptosis involves one cell, a whole organism, sacrificing itself for the sake of other cells.

Bacterial society is so complex that it is ideally suited for political analysis: there are gang squabbles, coups d ‘états and seizures of power in their micro-world. Apart from the “civilised” bacteria that live in perfect harmony with our bodies, there are some nasty guys with whom it’s impossible to negotiate and live in peace. Those are the gangsters of the bacterial society that would do anything to kill their good neighbours and to make us ill. Still, the good guys are so only up to a certain point. They all are beneficial as long as they live where they are meant to live, and their power is limited. If the immune system fails to prevent the good guys from getting into the blood and monopolising power in the body, they turn from “democrats” into “dictators” and start terrorising our bodies with terrible diseases. The organisation of the bacterial world is so unique that you can explain the situation in your country on the example of a person’s insides. Bacteria use the mechanism of quorum sensing to maintain communication. An individual microbe does nothing until he finds followers – that sounds familiar/CDC via Unsplash

For example, when a pathogenic microorganism enters the human body, it needs to produce a toxin that disables the immune response. Still, the microbe realises that on his own he is unable to produce enough toxin to do that. Thus, he waits and multiplies. As soon as he realises, “Oops there are enough of us to organise an uprising and to depose this huge two-legged machine”, together with his buddies he begins to synthesise the toxin. But how do they realise that there are enough of them?

Studies on luminescent bacteria have shown that they control population growth by releasing certain signalling substances.

As soon as all the microbe guys realise that there is a sufficient amount of specific biochemical signals in the environment, they act.

There remains a lot to be discovered about the aspects of micro life inside our bodies. But one thing is already clear – this world is full of surprises and deserves admiration. Not only should we listen to bacteria that tell us what to eat, but we also have a lot to learn from them. It appears that to understand how our bodies and our societies work, we should look at those simple organisms that do not ask such questions but still manage to maintain a complex and perfectly harmonious social organisation.