Coronaspiracy Theory: RTD asks a Russian virologist if there is any truth to Chinese and US accusations of criminal intent behind Covid-19

As SARS-CoV-2, the new coronavirus brings the developed world to a standstill in March 2020, the hunt for a culprit has begun. Unconventional weapons are being deployed in the cold war between the United States and China; so-called conspiracy theories. So, how fanciful are these accusations? Does either country have the means, motive and opportunity to inflict, either deliberately or through criminal negligence, the new virus on the world? RTD asks Aleksandr Cherpunov, a virology professor involved in developing a vaccine against the Ebola virus, for his take on the current spat.

Is the United States right to blame China for COVID-19?

On the American side, both President Trump and Secretary of State Pompeo like to refer to the virus officially known as SARS-CoV-2 as the "Wuhan virus". Chinese officials have complained this is both an inaccurate label and a way of blaming their country for the current pandemic.

Worse, White House National Security Advisor Robert O'Brien said in a speech at the Heritage Foundation that "this outbreak in Wuhan was covered up," which delayed the global response to the pandemic by two months. The implication here is that as an authoritarian regime with scant regard for human life, China's bureaucracy and secrecy meant that doctors' concerns were not recorded swiftly and the outbreak was initially downplayed, something which wouldn't happen in a liberal democracy.

Some also point the finger at Chinese culture's lack of taboo on eating individual animals. Until the current coronavirus outbreak prompted Chinese authorities to make the consumption of wild animals illegal, humans could eat bats, and so it was inevitable that a bat infected with a mutated coronavirus would pass on a human-unfriendly version of the virus to a "patient zero". 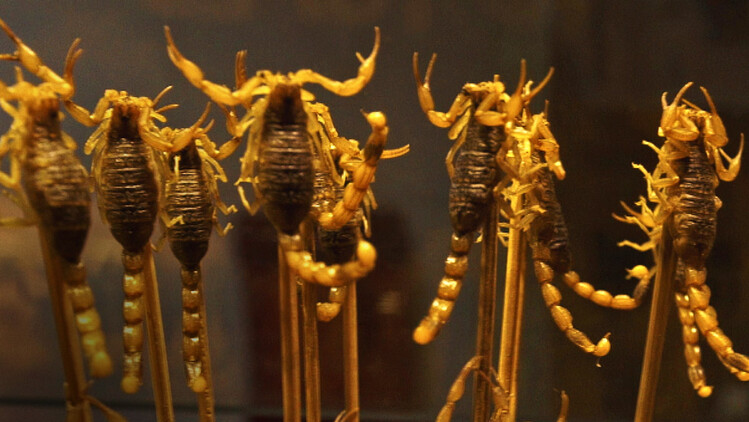 China on a Plate. From scorpion kebabs to Peking duck, we try authentic Chinese food for you

The most sinister version of events comes from the Washington Times which pointed to circumstantial evidence linked to the presence in the city where the COVID-19 outbreak happened of a government laboratory with an evil purpose. "Wuhan is the location of China (sic) sole declared Level-4 laboratory at the Wuhan Institute of Virology. The laboratory is engaged in research on deadly coronaviruses and has been linked to China's covert biological weapons programme", stated the newspaper.

Commentators speculate an artificially modified virus was either deliberately released, "to bring down Trump", according to Rush Limbaugh, or an infected animal escaped, or even a worker sold a lab animal to Wuhan's Huanan Seafood market to make a bit of cash on the side.

For Aleksandr Cherpunov, this last theory doesn't add up. "Since I worked in such a laboratory, I'm absolutely convinced nothing could fly out of such an institution, especially from a vivarium. There are extra filters and walls. " A mutated virus "could only leave inside an infected person", he speculates. In such a case, though, it would be much easier to identify the accidentally infected lab worker, he points out. 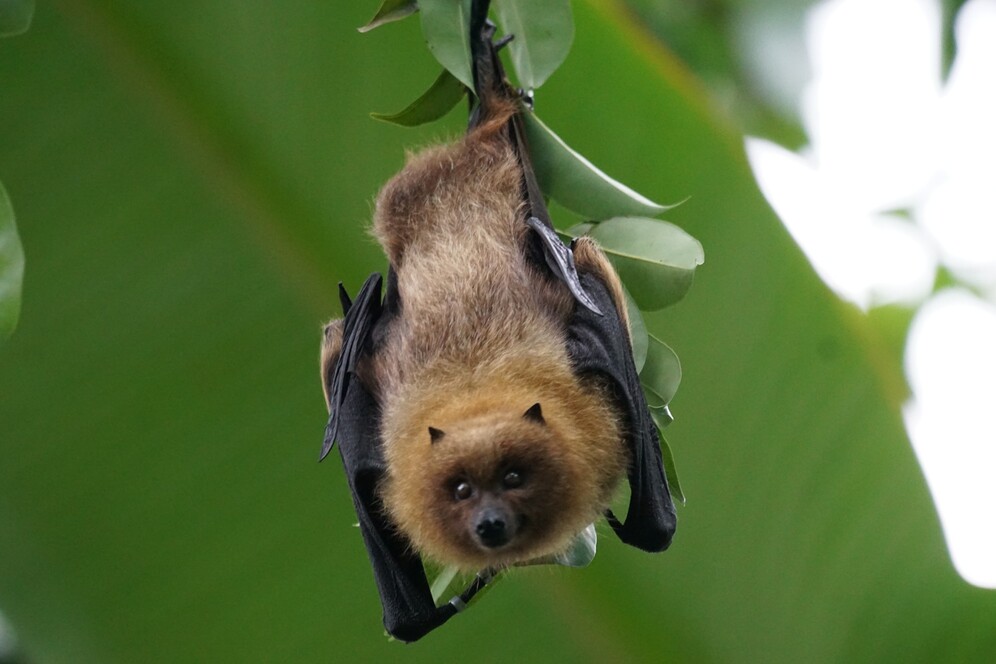 The novel coronavirus appears to have mutated from a coronavirus found in bats. / Creative Commons Zero - CC0

He tends to believe the coronavirus mutated naturally, probably in a bat: "I saw two viral strains in bats that had receptors that could make them virulent for humans, that is which were capable of binding with corresponding anti-receptors in human cells". Another animal may have been an intermediate host. "There was a theory that a snake was eaten, but I haven't seen any supporting evidence", he adds.

Aleksandr Cherpunov refers to a publication by virologists from different countries that explains this was a natural modification of the virus. They don't believe anyone engineered it: "these mutations happen within nature in bats, such viruses are in circulation, and so it was just a matter of time before they were passed on to humans".

This is even more likely, he notes, "since it's an RNA virus, and RNA isn't as protected from mutations as DNA, that is, such mutations are one thousand times more common, and then through natural selection, these mutations can appear and disappear." As far as Aleksandr Cherpunov's concerned,

"someone ate that bat"

The bat coronavirus's mutation will then have occurred either in bats or in humans who ingested the unmodified strain. "Experience teaches us that we must expect horrors", he sighs. 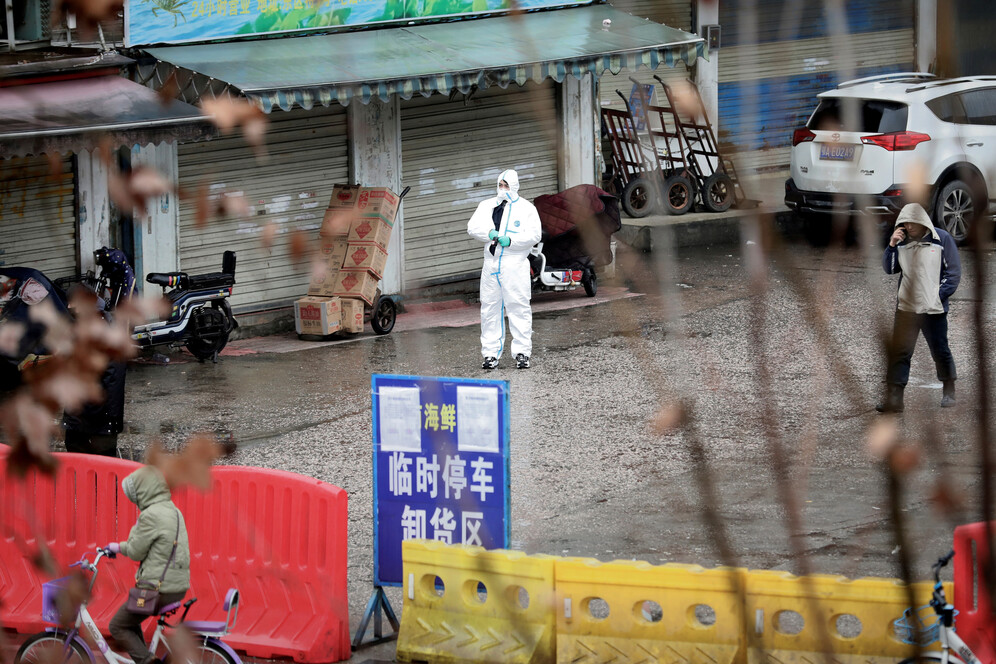 A worker in a protective suit is seen at the seafood market in Wuhan linked to many of the first COVID-19 cases on 10 January 2020. The market was closed as a result. / Credit REUTERS/Stringer CHINA

Initially, China seemed to admit that transmission had happened at Huanan seafood market in the city of Wuhan, where live exotic animals were sold, since the majority of the first cluster of patients identified as having COVID-19 had visited it. However, scientists have since dialled back this hypothesis. "Chinese scientists have claimed the first patient fell ill in November. But when at the end of January all of China had patients, to varying degrees, it was obvious to me that it didn't come from the patient after whom the virus was named", says the Ebola specialist.

Was the novel coronavirus modified by humans and released by the US military?

Since uncertainty has resurfaced about the origin of the transmission, Chinese officials have started to hit back at US accusations. Lijian Zhao, a Foreign Ministry spokesman, has thus questioned when the virus first became active in the United States, and even whether the US Army brought it there. US military personnel was present in Wuhan in October 2019, for military war games.

Just take a few minutes to read one more article. This is so astonishing that it changed many things I used to believe in. Please retweet to let more people know about it. https://t.co/jprOhxlYE9

One theory claims a United States laboratory engineered the mutation. This is based on an article in Nature; the revered scientific journal revealed in 2015 a US laboratory has successfully introduced a mutation in a coronavirus living in bats, making it dangerous for humans. The article denounced such experiments as dangerous and called for a stop to them.

Does this mean the United States had the means and opportunity to infect its greatest rival with the virus that brought its economy to a standstill? "It's possible to create such a construction, through reverse genetics. The systematic-methodical approach allows us to build genes and then introduce each one of them in cells and put together a virus this way", concedes Aleksandr Cherpunov. "We do that with Ebola; we do that with Marburg, it's also done for many coronaviruses. This enables us to make certain changes and to check for predicted and unpredicted effects".

Whether human-engineered viruses have any staying power is unclear, however. "I'm not convinced of their stability, they can't transfer for long, and they must get rid of these" extraneous elements, explains the scientist. "I can't say for sure, you can only say by experimenting, and I wouldn't spend time on that." To virologists, nature still seems a lot more adept at creating effective viruses than human scientists.

Thus, it seems neither China nor the USA would have the means to release a human-engineered virus, even if their motives really did add up.

What's really behind the conspiracy theories, and can science give us any answers?

So why are these theories so attractive? For Aleksandr Cherpunov, the current China-US spat is par for the course: "an attack generates a counter attack". More generally, "it's human nature to look for an original cause, to look for culprits in the appearance of a disease. As long as this epidemic will torment us, such talk will be doing the rounds."

As far as the virologist is concerned, the 2015 Nature article may have been stoking the fires, but the slurs are all too familiar.

"I myself was a victim of this"

"I published one about the first recombinant vaccine against the Ebola virus". Aleksandr Cherpunov laid out his approach, then "someone got it into their head that this publication proves that I tried to create a chimera of natural measles and the Ebola virus. See, I'm such a stupid evil doer, who develops such plans and then on top of that publishes them", he laughs. " And all this is impossible to erase, because people want to believe in that, and even if you try to explain that it's probably biologically impossible...in any case, there's no need, since each one of these illnesses is sufficiently terrible and there's no need to invent anything more..." he trails off. 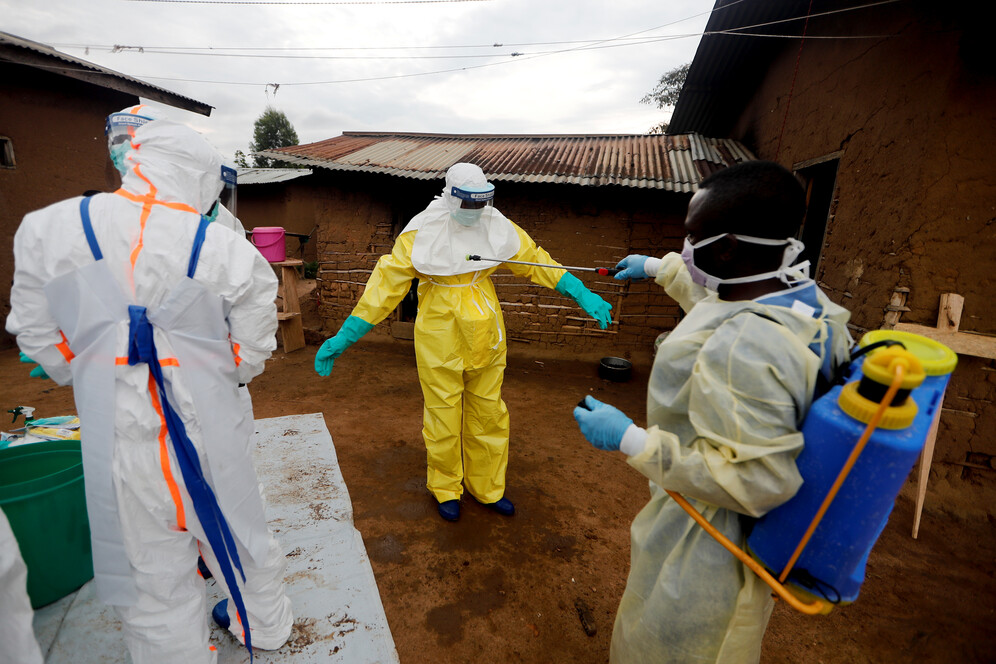 Aleksandr Cherpunov worked on one of the deadliest viruses on Earth, Ebola. This virus has devastated the Congo / Credit Reuters / Zohra Bensemra

Another reason why conspiracy theories are filling the void is that the hunt for patient zero is still on, and it's hard to be patient. So what can science deliver in terms of explanations, and when? According to the specialist, "the more strains we identify, the easier it will be to identify the various links, since the recently formed science of molecular epidemiology allows us to determine the links between related mutations, to a greater or lesser extent." Still, he cautions, "so far, it's still very fresh. I think it will take some time. We'll be able to understand more or less where it came from, but there is no certainty that we'll be able to identify the first patients".

Even without knowing the precise origin of the disease, some steps can be taken to make coronaviruses less destructive.

Since this is the third coronavirus in a row, after SARS and MERS, which were more lethal but spread less, the scientist suggests we can expect further unpleasant surprises. To deal with future coronaviruses, he argues "we need to create a platform which enables us to quickly create vaccines against new variants, or to create one vaccine including conservative antigenic determinants, which would thus be aimed at many existing and potential coronaviruses." 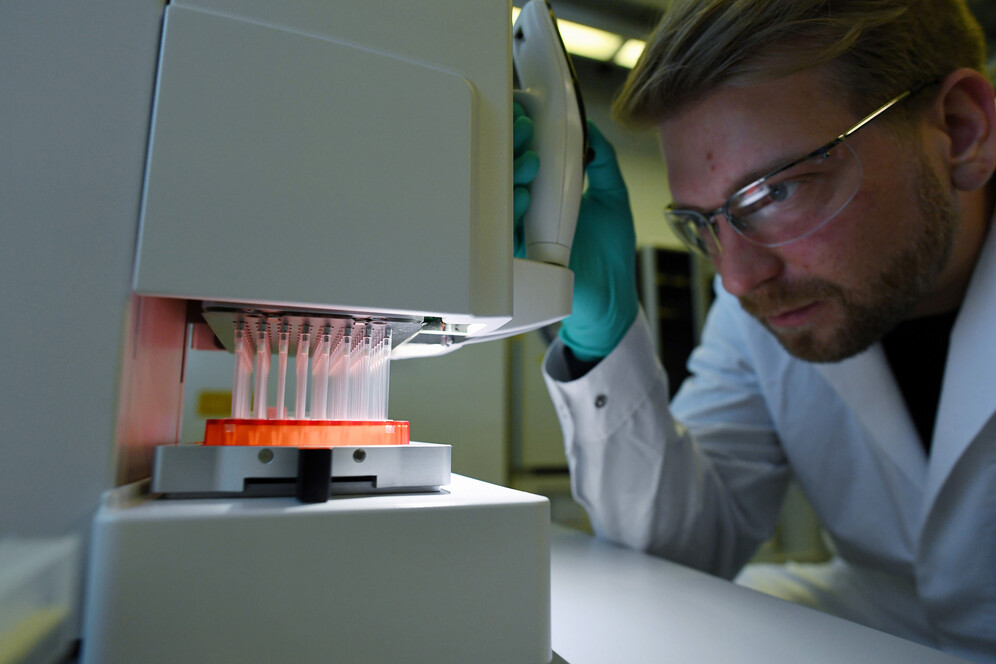 This employee of a German biotechnology company is working on a vaccine against COVID-19. / Credit REUTERS/Andreas Gebert

There is another line of defence, however. Russian pulmonologists have noticed an increase in the prevalence of pulmonary illnesses in the 21st century. For Aleksandr Cherpunov, the reason is obvious:

"Air quality has changed so much, including in people's homes"

"Double glazing has significantly affected the atmosphere in homes, and I'm not even touching on air pollution." As a result, "lungs are prepared differently to encounters with infectious agents, and thus are becoming much more vulnerable." So, it's time to open windows and give our living quarters a good airing!