Films you liked the most in 2019
The great opioid crisis: what's killing America?

Nenets: Keepers of the Land

Surviving in the extreme conditions of the Arctic tundra is always precarious. The Nenets people have lived on the Yamal peninsula in the far north of Siberia for centuries. The nomads' lives centre on their reindeer. The animals are their source of food and clothing, and tending for them in the harsh winters and warming summers is both a job and a ritual.

The Nenets lifestyle is under threat as the traditional grazing land for their reindeer stands over one of Russia's most significant natural gas deposits. In less than a lifetime, rigs have sprung up all over the peninsula, drilling deep into the earth to extract the gas essential to Russia's growing economy. Pipelines that now criss-cross the tundra cut across ancient reindeer migration routes making their annual journeys more hazardous. 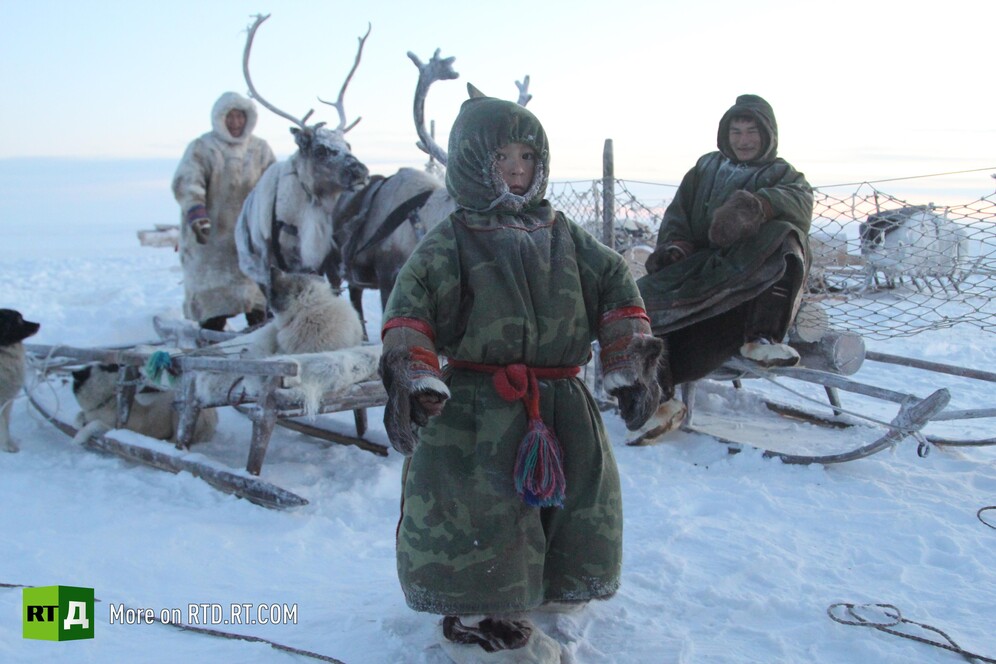 Life for a Nenets herdsman was ruled by the sun and the seasons. Families would follow the reindeer herds as they migrated across the peninsula to find new grazing land.

Herders and their families live in a portable rawhide tent called a chum and made from reindeer skins stretched over a wooden frame. The chum [pronounced more like Choom] is warm in winter when the temperatures can be as low as 50C, and cool in summer when the thermometer often touches 35C. However, living off, and with, the land doesn't offer any of the amenities we have come to expect in modern society; such as electricity, running water, television, or mobile phones. 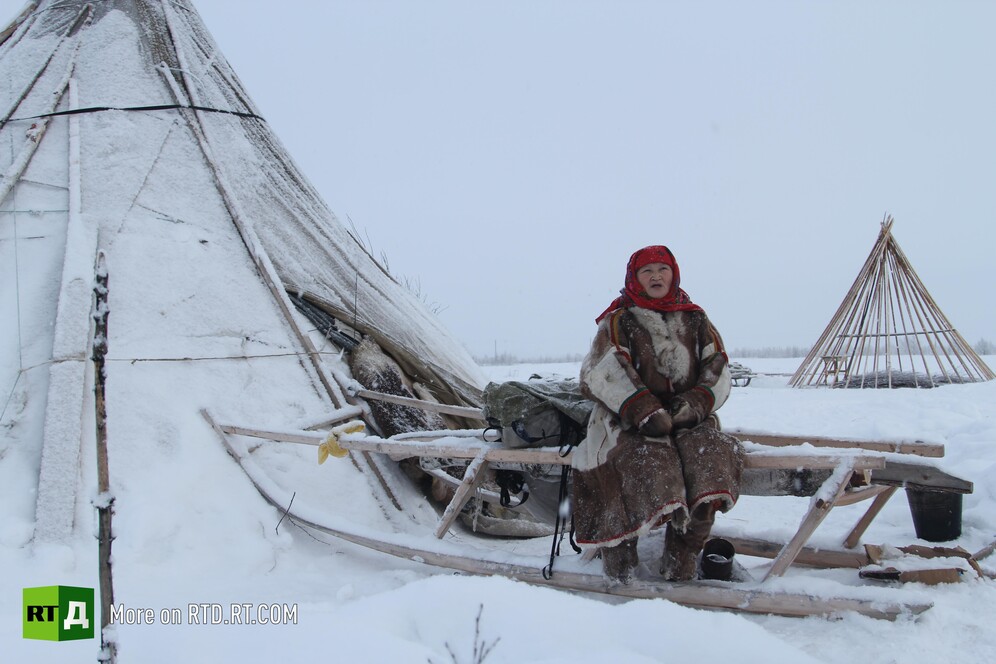 Young Nenets, particularly girls, no longer see real virtue in a nomadic life enduring the seasonal hardship of the tundra. Many Nenets have opted for more settled lives in fixed communities. Food comes from supermarkets, warmth from central heating, and help is close at hand in an emergency. 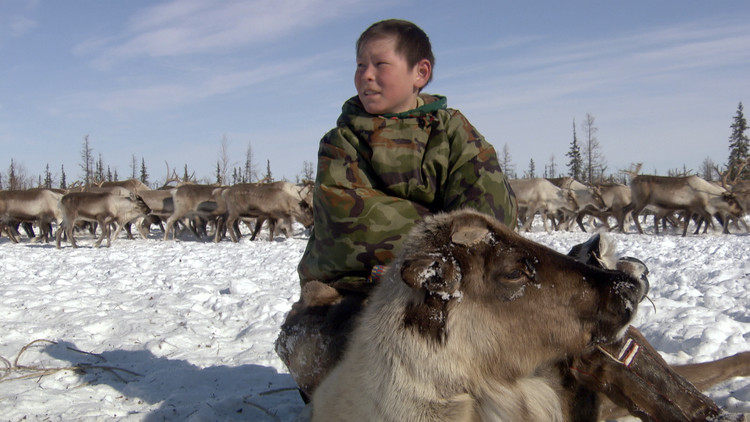 Children of the Tundra. Nomadic Nenets children at a city boarding school miss the freedom of the Arctic

Not all Nenets want to turn their back on their traditional way of life, but many parents realise that if their children are to survive in the world, they must have more of an education than reindeer herding can provide. So many nomadic Nenets children spend most of the year at special boarding schools in nearby townships. The kids get the same education as any other children in Russia, with the unique addition of lessons on the Nenets culture and language.

However, children who aren’t old enough to be sent to boarding school still need an education. Travelling teachers visit their isolated yurts to deliver essential primary education to small groups of children. When they’re older, they’ll be able to go to boarding school to complete their schooling.

Out on the cold tundra, life goes on for the small number of Nenets who still keep up their nomadic existence. Sledge building is one of the skills passed down through the generations. Modern sledges may be smaller, but they are still a fast and efficient way of crossing the snow-covered tundra with a team of reindeer. When the snow has gone, it is much harder to pull sledges across the sparse vegetation. 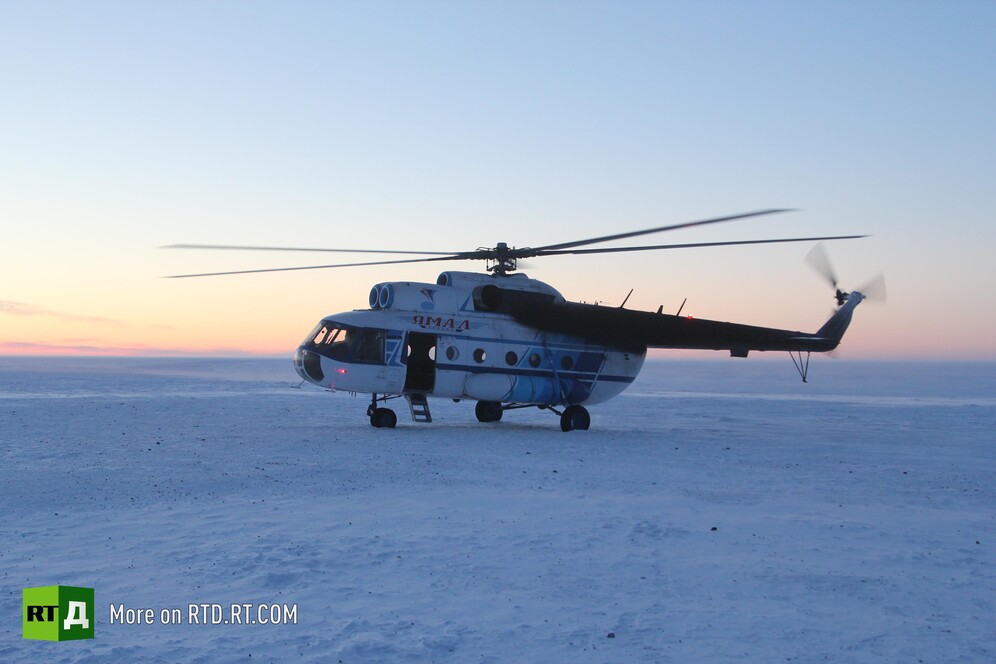 To enable the Nenets people to maintain their traditions, the Russian government ensures even the most remote family of herdsmen have access to medical facilities. A flying doctor service with helicopters can transfer ill and injured Nenets from anywhere in Yamal to hospital in the nearest township. 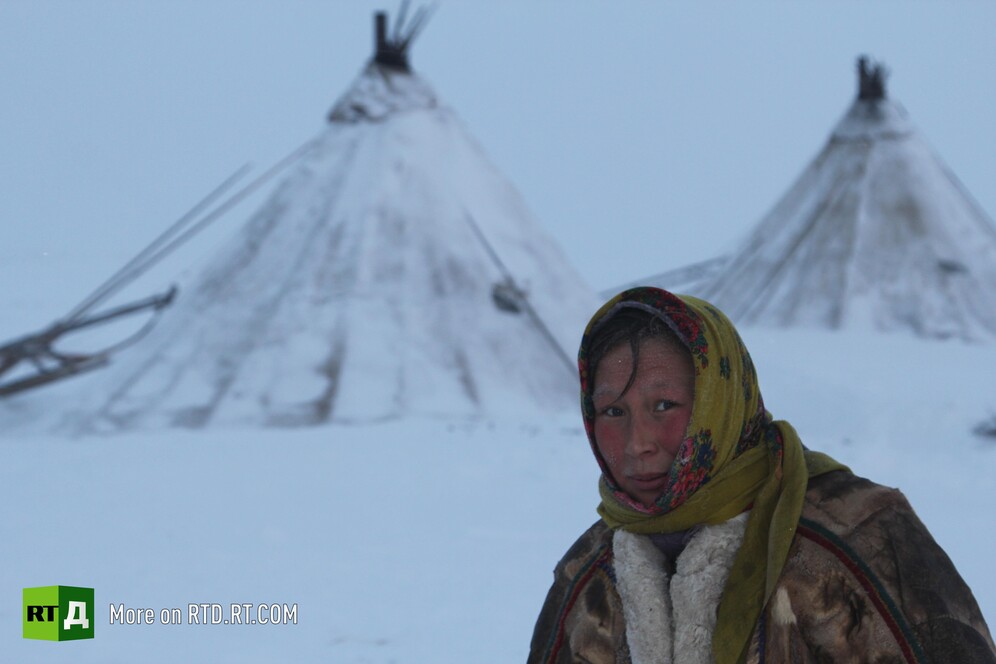 Once a year, the Nenets get together for a big festival known as Reindeer Herders Day. It’s a chance to meet up with old friends and for the men to compete in traditional skills, such as sledging.

For more about the fascinating Nenets people, don't miss, 'Children of the Tundra' and 'Sky Rescue' on RTD.