Your Microbes Want A Cheeseburger: How bacteria living in our bodies make decisions for us
Is humanity ready for micro-chipping?

For most of us, the word “doula” is firmly associated with a coach helping a mother through childbirth. A modern-day version of a traditional midwife, a doula, is not a healthcare professional, but rather a guide, whose goal is to comfort and support women in labour both physically and emotionally.

Derived from the Greek word δούλα (“servant-woman”), doula stands for a woman who lends her knowledge, experience and presence of mind during the arduous process of childbirth. In the Western world, the popularity of birth doulas started to gain traction in the early days of the reproductive justice movement back in the ’70s.

Striving for more natural and less medical experiences women turned to doulas, who’d often act as advocates for women and babies in hospitals which weren’t always friendly and accommodating.

Recent years have seen the rise to a different kind of doulas, quite the opposite of those attending to childbirth. These are “death doulas” who support people in their end-of-life journeys. Also referred to as “death midwives”, their vocation is a relatively recent phenomenon emerging as part of the mindset recognising death as a natural, accepted, and honoured part of life. 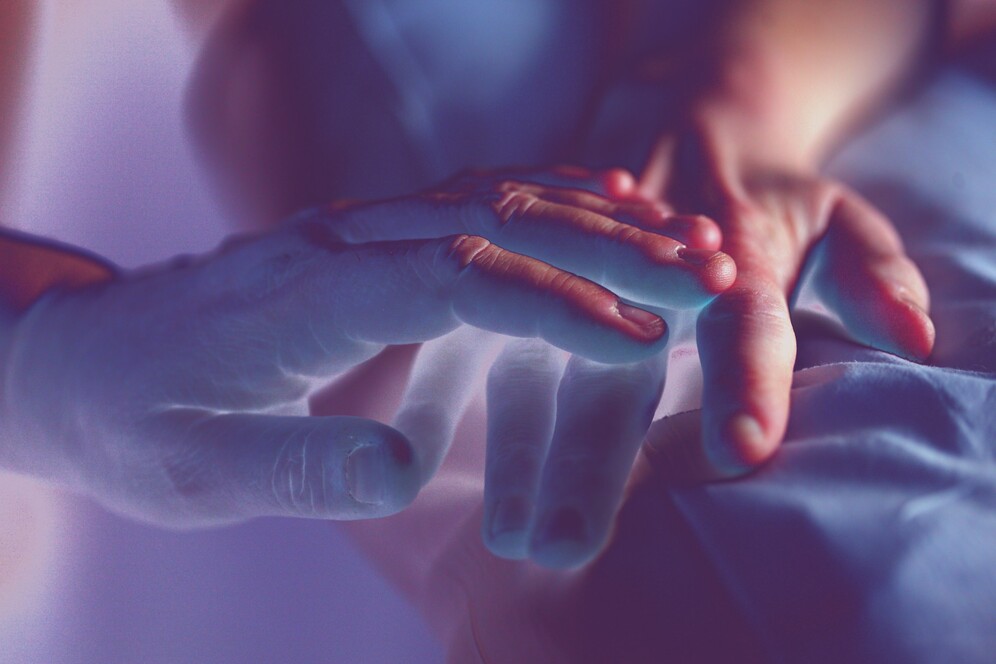 Death doulas are by no means there to assist in ending one’s life (at least in the countries where euthanasia is illegal), but rather to ease the transition both for the passing person and his or her loved ones, who stay behind/Sharon McCutcheon via Unsplash

There are remarkable parallels between being born and dying, and in both life scenarios, doula’s aim to reduce anxiety and confusion, manage the pain, and, if possible, make the experience more peaceful. Just as birth doulas are coaching mothers on birthing a baby, death doulas are coaching people on dying. They provide non-medical aid which is a mix of emotional and practical counselling that can make all the difference.

Christy Moe-Marek, an end-of-life doula from Minnesota, says that doulas emerged from the Baby Boomers, behind the natural birthing movement. They decided to take things into their own hands as far as dying goes: “They’re saying, no, I don’t want the death my parents had. We are rich in possibility, why can’t I make this whatever I want it to be?”

Death doulas – just like midwives - have been around since the beginning of humanity. Traditionally their roles were played by the wise women from the community or extended family.

However, with the disintegration of traditional societies and the extended family per se, we have lost touch with our roots as we often find ourselves helpless in the face of the imminent. Death customs and practices within families have all but vanished as palliative care was delegated to hospitals and the funeral industry was commercialised. But these days people are yearning for a better life – and death! – and this is when doula’s role becomes so crucial.

According to The New England Journal of Medicine, the number of Americans wishing to die at home rather than in a hospital environment is the highest it’s been since the early 1900s/Dominik Lange via Unsplash

They want to pass away surrounded by their family and friends, who could be overwhelmed by witnessing the final days of their loved ones while feeling helpless and powerless. The trade of a modern death doula has emerged as a response to the people’s fear of facing death and even contemplating it. Death doulas have started a conversation about dying and have, in some way, given voice to those making the transition. After all, these days many more people get a chance to linger on a bit longer despite terminal illnesses thanks to the advances in modern healthcare. In many cases, they do need someone to discuss their transition with and make it more meaningful.

Unlike death midwives of the past, our contemporaries are women (and sometimes men) old and young, coming from different paths of life. They help people on the threshold of passing to write letters to their unborn grandchildren, to arrange farewells with relatives; they may perform traditional or religious rituals for their charges or offer assurances. 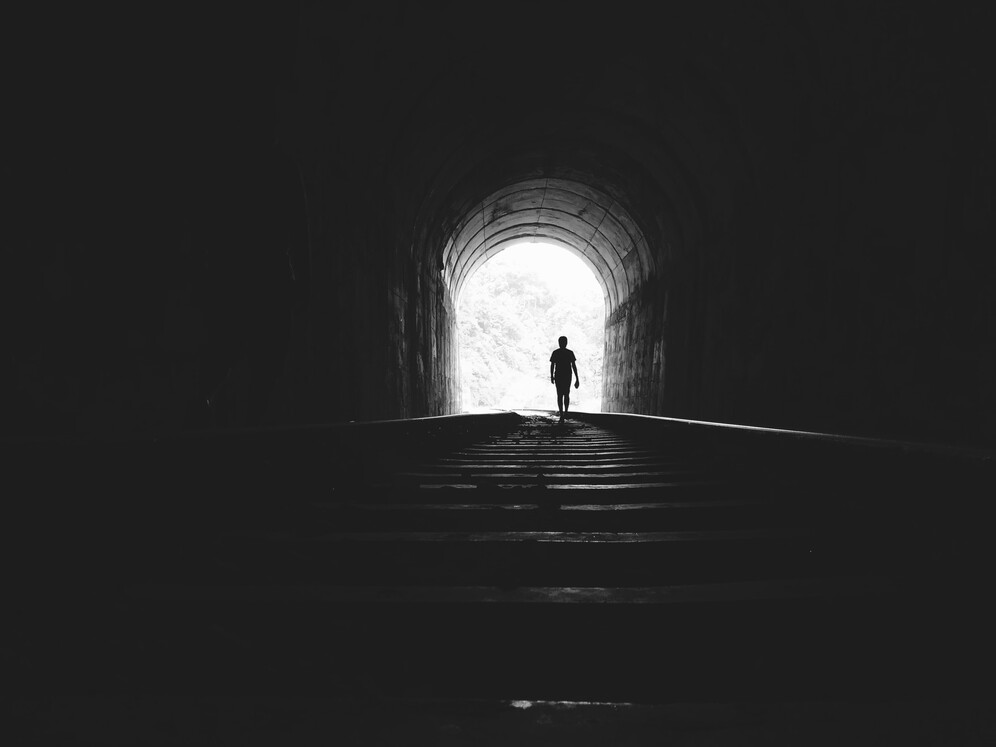 Doulas bridge the gap between the dying and their families, facilitating conversations about death, explaining things and advising when it’s finally time to let go. Some say that working with a death doula opens people up to a more spiritual side of death with less anxiety and trepidation/Manikandan Annamalai via Unsplash

As death doulas are gaining more mainstream attention, there’s been an ongoing debate, whether they should provide free services rooted in the community. For instance, in communities of indigenous people or African people death doulas have continued to be a steadfast part of the culture. On the other hand, most of today’s end-of-life professionals aren’t being supported by specific communities and, thus, cannot afford to render their services for free. In big cities, where tightly-knit communities ceased to exist a long time ago, death doulas are usually hired by the family of the person nearing the end of life. Still, their responsibility remains with the dying, whether they are being attended to at home, or in a hospice.

In traditional cultures, the art of attending to the dying is passed down from generation to generation. But a skillset of a death doula isn’t “god-given”.

It is something that can be learned. These days one can learn the ways of a death doula by attending training courses or seminars. Neither in the US or Europe are there national regulatory agencies that would provide licensing and oversight. Most likely, their creation is just a matter of time. The decision to become a death doula is often made after attending a dying family member. Others translate years of experience as nurses and palliative care specialists into a new dimension, and some feel the need to make traditional passing-related rituals available to members of their communities. Groups that train death doulas are usually led by nurses and social workers who want to change the impersonal nature of the dying experience most people faces. In the US organisations like The Doula Program to Accompany and Comfort, in New York, The International End of Life Doula Association (INELDA), or Lifespan Doulas and other groups train people to become death doulas. 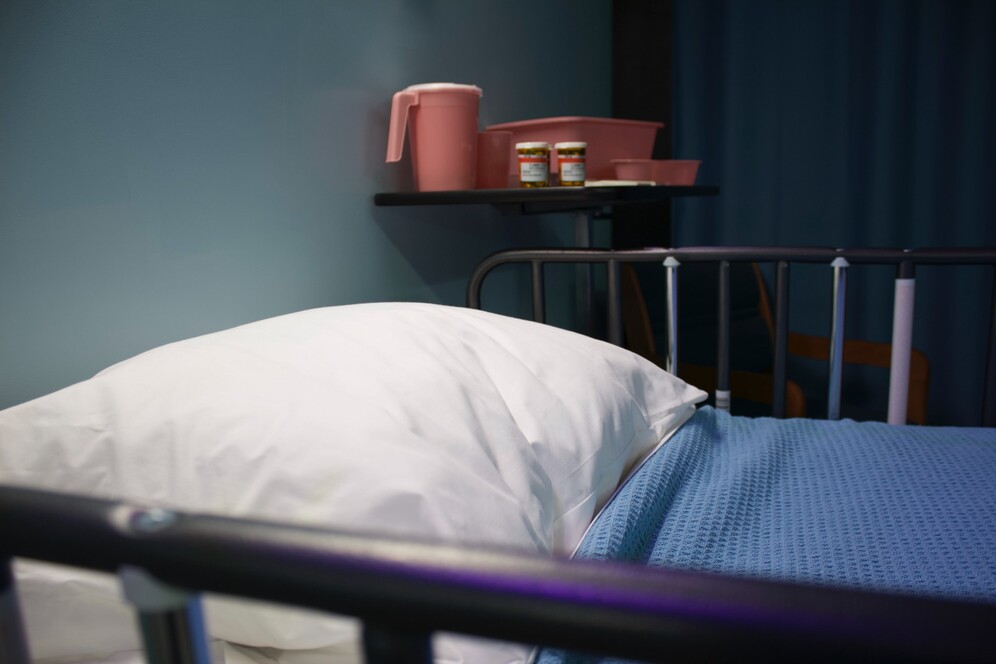 In Russia, death doulas are virtually non-existent, because palliative care is still in its infancy, and people are culturally opposed to an open conversation about death and dying/Bret Cavanaugh via Unsplash.

However, the need to make dying less clinical and remove the fear and stigma surrounding death has become tangible. Society seems to have gradually realised that dying people, in whose shoes we’ll all end up one day, deserve greater compassion and companionship in their final days. Shelby Kirillin, an end-of-life doula, based in Richmond, Virginia, reasonably wonders “Can you imagine if a woman was going through labour and no one around her was talking about it or preparing for it? There’d be an uproar if we treated birth like we treat death”.

When it comes to dying, traditions and modernity don’t necessarily have to clash. Indigenous cultures have long regarded death as an essential part of life, and even though thanks to modern healthcare options the process of dying these days can be virtually painless, a “good death” is more than just a painless one. That being said, the emergence of death doulas is, perhaps, the best thing that’s happened to humanity in a long time.