China’s #metoo: Refusal to be silent
A prison, a bullet, and flying workers: how Moscow State University was built

From Ruby Ridge to BLM: How has the anti-gov movement evolved?

Heavily armed anti-government groups, calling themselves militia, have prompted a nationwide debate in the US. Members of the right-wing militias claim they are providing safety for the civilians. However, many blame them of stirring up violence. Given that the mainstream media usually link the surge of militias to Donald Trump’s policies, some might think the militia groups may reduce their activity when Joe Biden becomes president. However, a recent report by the Armed Conflict Location & Event Data Project suggests the opposite.

The origins of anti-government militias

The history of anti-government militia movements goes back to the early 90s when a standoff with federal agents in Ruby Ridge, Idaho stirred sweeping public condemnation. 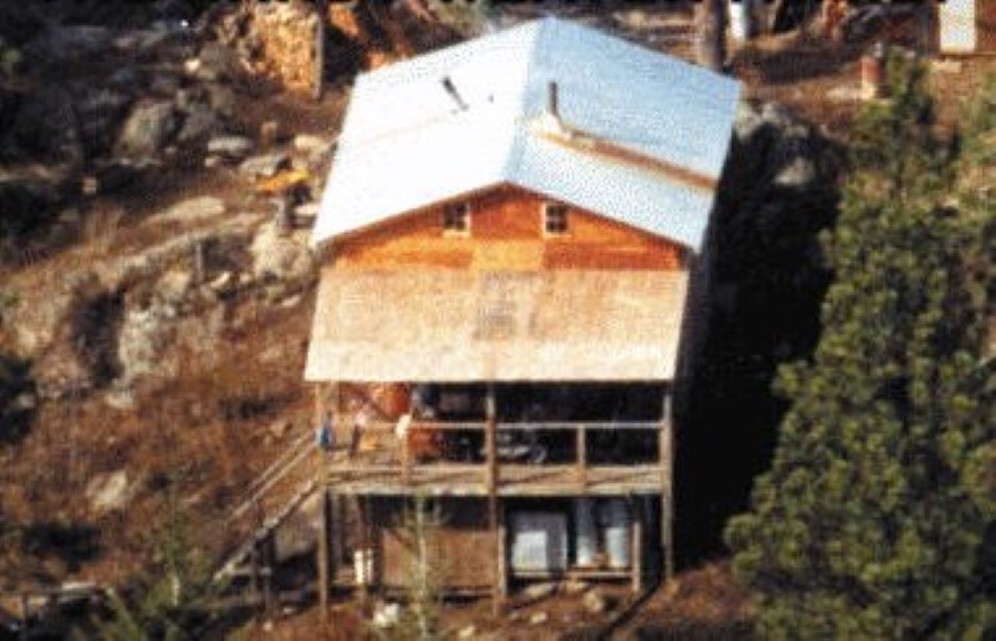 For eleven days, a family with five children was barricaded in their house, resisting the force of justice / University of Missouri Kansas City

In January 1985, the FBI and the Secret Service began an investigation into Randy Weaver’s criminal ties with far-right organisation Aryan Nations. Investigators thought Weaver could be secretly keeping an arsenal at home. Also, he was suspected of illegally trading guns. He failed to attend a court hearing and was lost from their radar.
In the early 90s, Weaver moved his family to live near Naples, Idaho, where he thought would be far enough from what he saw as the ‘corrupt world’. Weaver didn’t attend his trial on firearms charges as he was holed up in Ruby Ridge, with his wife, son and three daughters.

Federal Marshals were sent to arrest Weaver to take him to court. But it wasn’t an easy task as it turned out. The first encounter with agents was followed with a firefight, in which Weaver’s fourteen-year-old son and a US Deputy Marshal were shot dead. The death of the Marshal was followed by an army of police officers pouring onto Ruby Ridge, and surrounding the Weavers’ cabin.

A sniper killed Weaver’s wife during the eleven-day siege. When it was lifted, the family agreed to leave the cabin after speaking with civilian negotiators / The US Marshal Service

The story immediately grabbed attention, drawing scores of far-right and neo-nazi activists to the scene. Furious protesters were calling the family innocent and blamed police for what they saw as tyrannical persecution.

A year after the Ruby Ridge standoff, there was an even more bloody police siege, that took place at a religious cult facility in Waco, Texas. Eighty-two members of the Branch Davidians cut died in the siege. The cult was suspected of sexual crimes and illegal firearms possession. 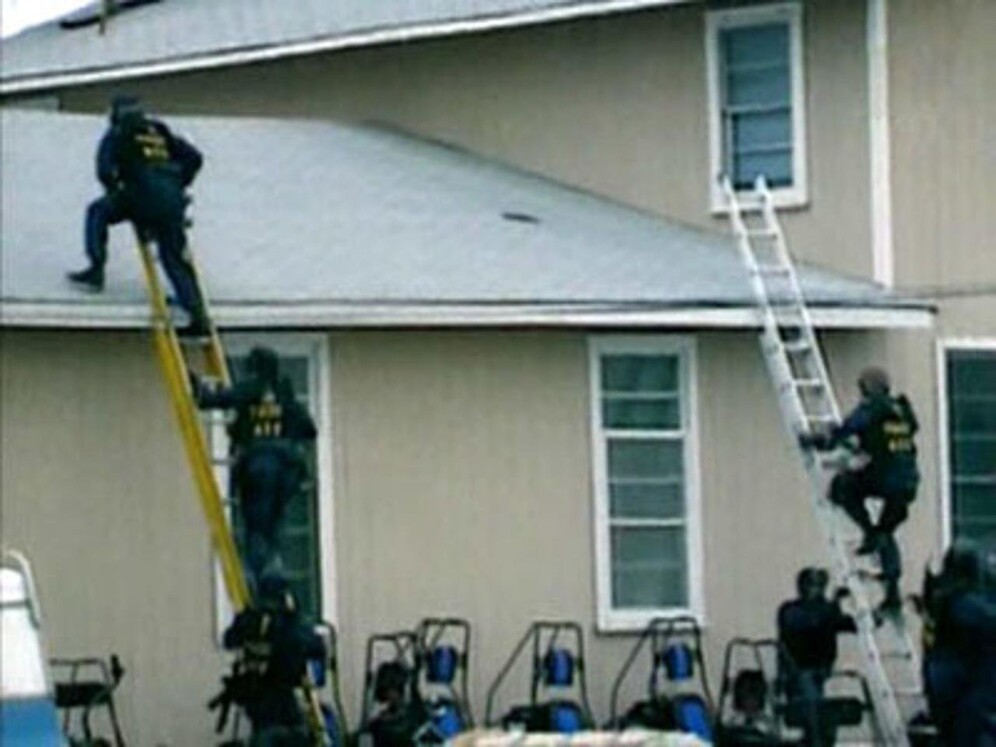 An even more bloody police siege took place at a religious cult facility in Waco, Texas. / Inside Waco

Both events galvanised a wave of far-right groups, which included armed militias. At the time when the credibility of the Clinton-era FBI was crashing down, newborn militias spread rumours the feds were after those with guns and property, who, like Weaver, reject government authority.

Also, the groups are influenced mainly by the anti-government ideology that started in the 1960s with the tax protest movement and the sovereign citizen movement, originating in the 70s. The new groups attracted the far-right and pro-gun activists, who formed the so-called Patriot movement.

The Patriots were adopting many weird conspiracies. For example, they claim the US government had been overthrown by conspirators who had replaced it with an illegitimate one.

Besides the calls for restoring ‘the true authorities,’ the movement was highly vocal about the Second Amendment of the US Constitution, which secures people’s right to keep and bear arms. A militia is directly mentioned in the Constitution which defends it from being “infringed” if “well regulated” and “necessary to the security of a free state”. Despite being widely confronted, the Patriot militia groups have for years argued the Amendment protects their actions. 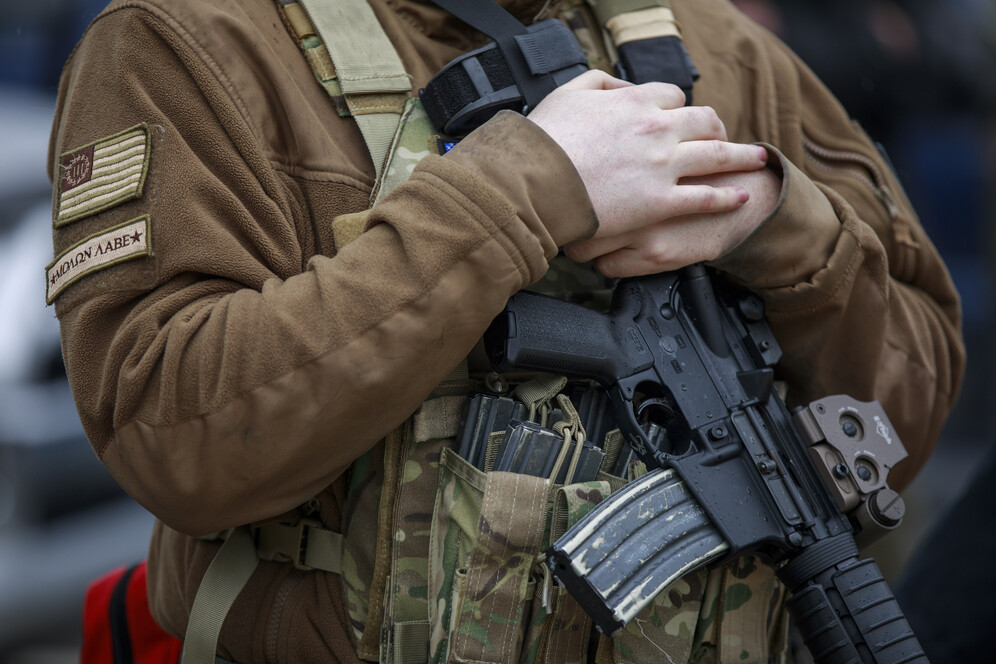 Despite being widely confronted, the Patriot militia groups have for years argued the Amendment protects their actions / Jeremy Hogan

Mary McCord, who runs an institute specialising on constitutional law at Georgetown University Law Centre, says the word ‘militia’ doesn’t mean anything like the Patriot movement.

"The use of the word 'militia', any time you are talking about anything other than a state militia like the National Guard, it is just wrong."

“Using that term without putting ‘unlawful’ in front of it suggests that there is some legitimacy or even constitutional authority for their existence, which there isn’t,” she told the New York Times.

However, during the 90s, law enforcement developed a habit of turning a blind eye to the Patriot’s paramilitary activity. 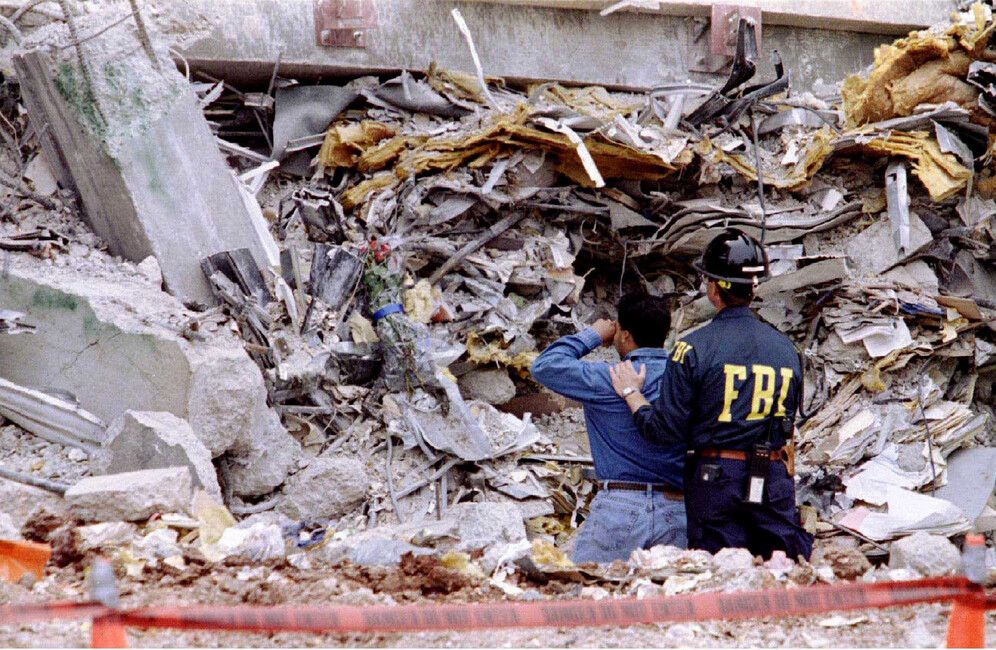 In 1995 the anti-government activist Timothy McVeigh bombed a federal building in Oklahoma City, killing 168 people, many of them children / Photo by Rick Wilking via Reuters

In 1995 the anti-government activist Timothy McVeigh bombed a federal building in Oklahoma City, killing 168 people, many of them children. The reputation of the whole movement was severely damaged. And the paramilitary groups began to wane in the early 2000s amid a crackdown.

After years of silence, far-right militias began growing again, but what may be surprising, it happened during Barack Obama’s presidency. The first months of the presidency were marked by a major spate of hate crimes and racist incidents. 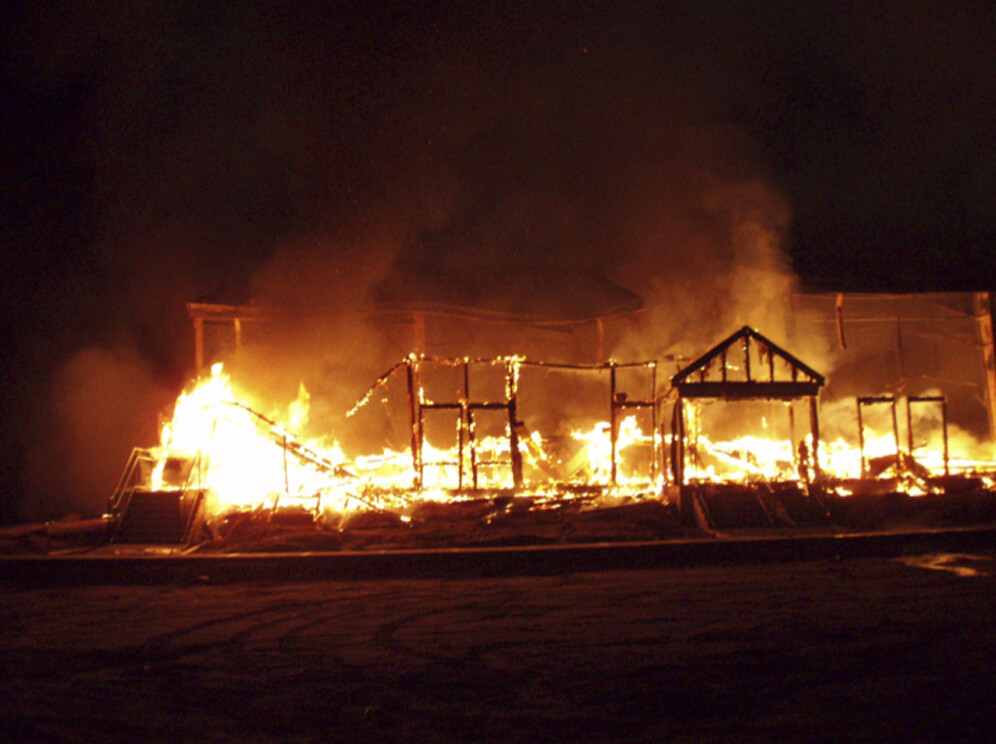 In 2008, the same day President Obama took office, a church with a black congregation was reported burning in Springfield / U.S. Attorney's Office in Springfield

Trump’s presidency was another turning point, which made militias like Oath Keepers and Proud Boys famous. An anti-establishment candidacy, given Trump’s stance on immigration, was positively viewed by militia groups.

Still, there is no such militia movement that wouldn’t be based on an anti-government ideology. Political fights over the Second Amendment didn’t fade away as well as fears of a looming foreign invasion. However, Trump’s presidency has prompted a significant shift in what is called a militia today.

Throughout 2020 the movement was focused on several issues. Since the beginning of the year, state-level gun control was the main point of the 'Second Amendment Rallies' which drew thousands of militia supporters to a protest in Virginia in January.
In March the main focus of the groups shifted to the COVID-19 pandemic, and it’s restrictions, which were opposed by the far-right groups.

Driven by some conspiracy views, the groups accused the government of possible exploitation of the pandemic in pursuit of tyrannic interests. 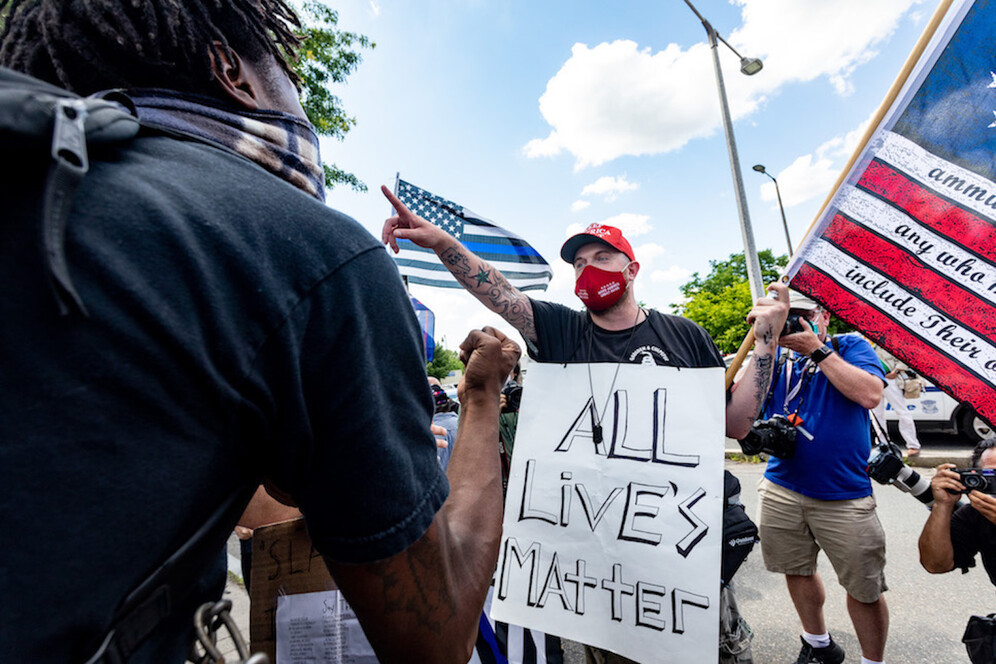 Following the killing of George Floyd in late May, the surge in militia groups became a highly disputed issue / Photo by Keiko Hiromi via Global Look Press

The groups are often portrayed as white supremacists and far-right activists by mainstream media and became frequent attendees at Black Lives Matter demonstrations. The militias insisted their presence was to deter violence and to protect monuments and businesses from vandals and looters. Heavily armed, they prompted debates over the risks they pose by attending such events. However, it often ended with violent scuffles between the militia and left-wing protesters.

With Trump’s presidency expected to be over, the focus shifted again as the President-elects’ team was accused of election fraud by Trump.

Four people were hospitalised with stab wounds during Trump’s MAGA rally attended by the right-wing group Proud Boys in late December. Black Lives Matter flags were burnt while police were desperately trying to keep the militias and Antifa protesters apart.

This is #TrumpsAmerica
Proud boys ruthlessly breathing a non-combative couple at a "Stop the Steal" playdate in Washington DC. pic.twitter.com/EkvkobR8Ih

Right-wing militias have already set plans for the inauguration and are contesting the election assuming the results could not be changed. But after all, experts are sceptical about the decline in the militias’ activity if a Democrat President takes over.

"Even as key trends in activity have changed, many of the same political strains that have impacted social movements, mobilisation, and violence over the summer have persisted through the election and will continue into the near future."