Policeless in Seattle: Residents share their feelings about the police-free zone at Capitol Hill following protests
New generation killer mutant tick on the loose in Siberia

No laughing matter: Why we find clowns scary

Some things trigger our deep-seated fears regardless of politics and or environmental disasters, no matter how ridiculous or bizarre. And clowns are one of them. If an image of a heavily made-up garishly dressed artist accompanied by a young child's rhyme or a xylophone tune gives you the heebie-jeebies, you're not alone. People have been scared of clowns throughout history.

It's surprising when someone meant to bring joy and happiness can at the same time be among people's top fears alongside terrorism, bankruptcy and death of a loved one. Perhaps, clowns are more cinematographic fear objects than, say, falling behind on your mortgage, and 7.8 percent of Americans would agree, according to a Chapman University survey in 2016. Another study conducted by the University of Sheffield, England, surveyed 250 children between the ages of four and 16 and showed most were wary of clown images.

Besides that, culture and movies, in particular, are doing their best to suggest that what's under the mask is worth a functional neurosis.

There's been a morbid clown invasion with the release of Stephen King's It, the Joker, and the return of the serial killer Twisty, the Clown from the American Horror Story series.

This ambiguity of clowns stems from the very nature of humour and laughter, both physical and psychological. The laughing grimace is meant to scare away the enemy, while the humour's primary purpose is to mitigate or sugarcoat the ugly or negative emotions and feelings. These two aspects very cosily coexist in a clown. This is why very often they appear not only merely scary but tragic, sad or even miserable.

The good clown/evil clown dichotomy happens as we realise the jester-trickster-clown represents two polarised selves — the inner demons are in a constant battle with their better nature. This is what we see when we take a look at a clown. They strike the feelings we harbour deep inside not ready to reveal them even to ourselves just yet.

The excessive makeup and extravagant outfit might add to the anxiety.

Besides, if we look back, we will see clowns and the likes of them always had a dark side.

From mischief to suicidal tendencies

Jesters harlequins buffoons have been historically allowed a lot more than even the close circle. Legend has it, court clown YuSze was the only one who could poke holes in Emperor Qin Shih Huang's plan to paint the Great Wall of China. Court jesters in Medieval Europe also enjoyed deviant behaviour without any retribution and defied all norms. Often, their seemingly harmless but loaded jokes were aimed at the sovereign himself, let alone, let alone the court circle or commoners.

The prototype for the modern clown was Joseph Grimaldi, the pantomime actor of the Regency London stage. He can be credited for the lavish makeup and heavily decorated garments. He was known and loved for his physical comedy and ability to make a feast out of each performance. However, his life was anything but, an abusive father, his first wife dying in childbirth, and an alcoholic clown son.

Grimaldi used to joke, "I am GRIM ALL DAY, but I make you laugh at night."

Grimaldi died a penniless alcoholic in 1837 "by the visitation of God". Charles Dickens, who was in charge of polishing Grimaldi's memoirs, added a ghastly personal touch to the story.

Andrew McConnell Stott, English professor at the University of Buffalo and an author of several articles on scary clowns and comedy is convinced Dickens created the scary clown, a person who would ruin his own life to make other people laugh. He made people wonder what was underneath the mask or makeup. "It becomes impossible to disassociate the character from the actor," says Stott.

Grimaldi's continental equivalent, Jean-Gaspard Deburau's Pierrot was even more sinister, as he killed a child with his stick, but was acquitted.

Emmett Kelly with Ringling Bros. Barnum & Bailey Circus. The photo was taken for an ad for the Pan-American Coffee Bureau/Courtesy Wikipedia

The late 19th century brought the circus to America. The humour of the so-called hobo clowns was once again grim as it rested on the contrast between the performance and the clown's anguished personal life. One of them, Emmett Kelly, the most famous American "hobo" clown, had a sad unshaven face and never smiled, yet was loved for his hilarious routines. Kelly's "Weary Willie" was a product of a real tragedy — his marriage broke up exacerbated by the economic collapse of the United States in the 1930s.

The rush of love for clowns came in the 1960s with the appearance of Ronald McDonald, and Bozo the Clown — tickets to his show had a 10-year waiting list. This was when clowns relocated into the children's domain. On the one hand, they became mischievous fun-loving entertainers. Still, their face was hidden behind layers of makeup, by contrast, they became even more suspicious and gave more room for wild imagination.

Besides, there is always someone to tarnish a clown's good name. John Wayne Gacy, the mass murderer, volunteered as Pogo the Clown at charity events and children's parties. Meanwhile, between 1972 and 1978, he sexually assaulted and killed more than 35 young men in the Chicago area, and was eventually executed in 1994.
By the 1980s, clown phobia had reached a peak, as mass culture, feeding on the fear and disgust of clowns, produced a whole realm of clown-centred horrors with Stephen King's IT at the helm.

Another wave of clown hysteria hit the United States in the late summer of 2016 after some cases of clowns luring children into the woods were reported in South Carolina. Though many claims were proven to be false, still, a few arrests were made, and the phenomenon spread across the States from Alabama to Wisconsin. A mass clown hunt was started at Pennsylvania State University. At the same time, a Connecticut school district banned clown costumes as a sign of terror.

A word from a psychologist

However, being creeped out by an overly made-up eerily cheerful guy is not enough to be diagnosed with coulrophobia, the fear of clowns. The prefix "coulro" meaning "one who goes on stilts" comes from Greek.

The significant symptoms include sweating, nausea, feelings of dread, fast heartbeat, crying or screaming, and anger at being placed in a situation where a clown is present.

It is difficult to point out whether there has been a real rise in the number of people who have clown phobias due to scary movies. A phobia is something that would inhibit a person's normal life, and clowns can be easily avoided. The clown fear may be exacerbated by clowns' representation in the media.

The fear "normally starts in children about the age of two, when they get anxiety about being around strangers, too. At that age, children's minds are still developing, there's a little bit of a blend, and they're not always able to separate fantasy from reality," explains Dr Brenda Wiederhold, a veteran psychologist. She runs a phobia and anxiety treatment centre in San Diego. 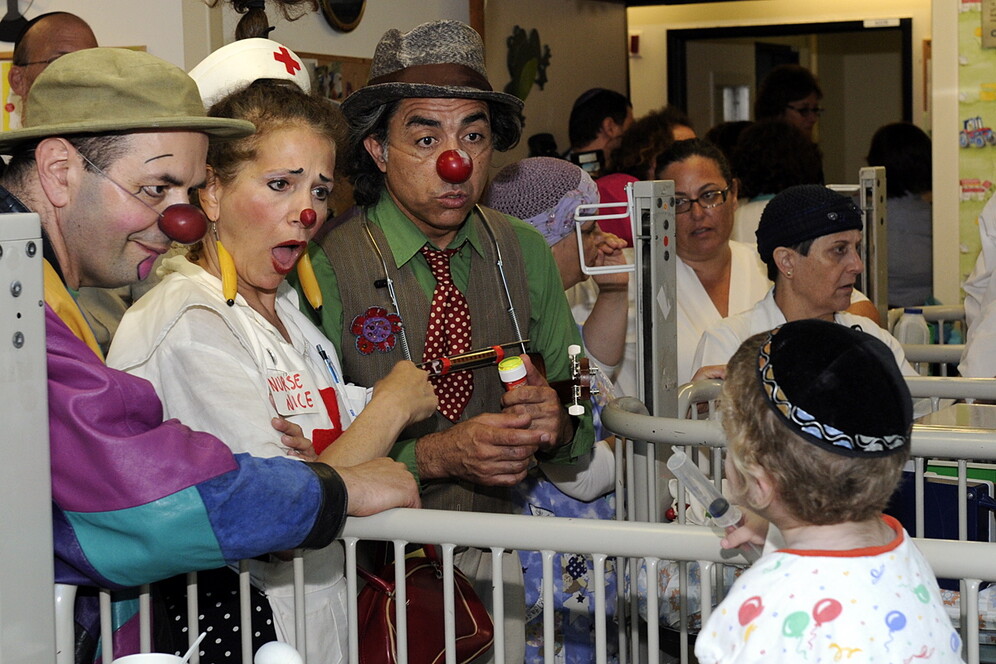 According to Dr Nader, "To be a phobia, the fear of clowns would have to cause the person a great deal of distress and interfere in their life. Fortunately, we live in a society where clowns aren't just wandering around, so it's pretty easy to avoid them or at least not come into contact with them very regularly. Rarely does this fear ever cause a person to experience a disruption in their lifestyle or ability to do things."

To entirely eliminate the fear-provoking tendencies, clowns should learn to better communicate.

The makeup and the costume should be about compassion and feelings, not secrets and mysteries. To preserve the profession, the clowns should strive at being more open and supportive.

On a happier note, while some experts are convinced clowns will retain their dark 'Joker' style reputation, others say a clowns' good side is stronger than one might think. Studies show the presence of a therapy clown reduced pre-operative anxiety in children booked for minor surgery  while children hospitalised for respiratory illnesses got better faster after playing with therapeutic clowns.