This Is China: Welcome to Hanzhong
This is China: Premiere on RT Documentary

Afghanistan is a country where after a circus act may come a blast, drugs cost less than cigarettes and gathering in larger groups at one place is life-threatening. However, since the Taliban took over the country in August 2021, the situation has worsened. The former government fled Afghanistan, as did many singers, athletes, artists — everyone who thought their beliefs and lifestyle didn’t fit the new sharia-based order. So RT Documentary tracked down participants in our previous documentaries to ask them, “How does it feel being an alien to their own country?”

Tune in to the premiere of Afghan Déjà Vu on Wednesday to hear their answers! While waiting for the premiere, see our signature documentaries about the people of Afghanistan.

Since the Taliban took over Afghanistan in August, the former government fled the country, as did many singers, athletes, artists — everyone who thought their beliefs and lifestyle didn’t fit the new sharia-based order

Abbas Alizada’s fans call him the ‘Afghan Bruce Lee’. Before the Taliban returned to power, he gave out prizes on national television and was even honoured by the Afghan Olympic committee for his contribution to national sport. In the Dragon of Afghanistan, RT Documentary meets one of the world’s most popular lookalikes and finds out how a dead martial arts superstar from Hong Kong became a real-life hero in 21st century Afghanistan. 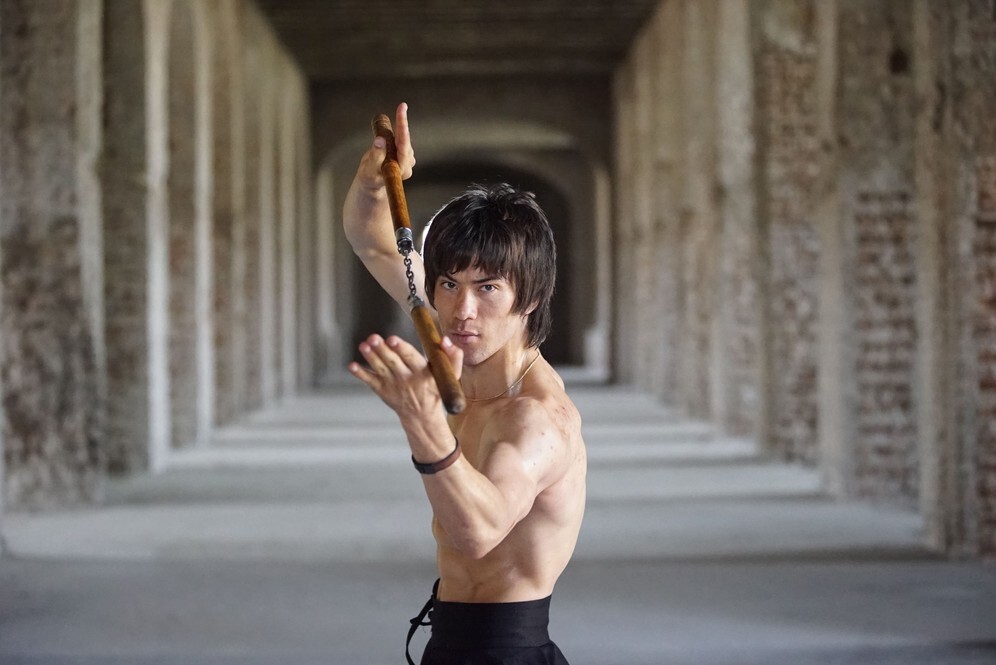 Abbas Alizada was often told how much he resembled Bruce Lee as a teenager. The youngster then worked out to increase the likeness and turn it into a profession. He mastered the chain-sticks, his idol’s favourite weapon and toured Kabul gyms and barbers on his quest for the perfect ripped body and vintage haircut.

Before he completed his physical transformation to have a body like Bruce Lee, social media turned Abbas Alizada into a local celebrity. However, fame always comes at a price. 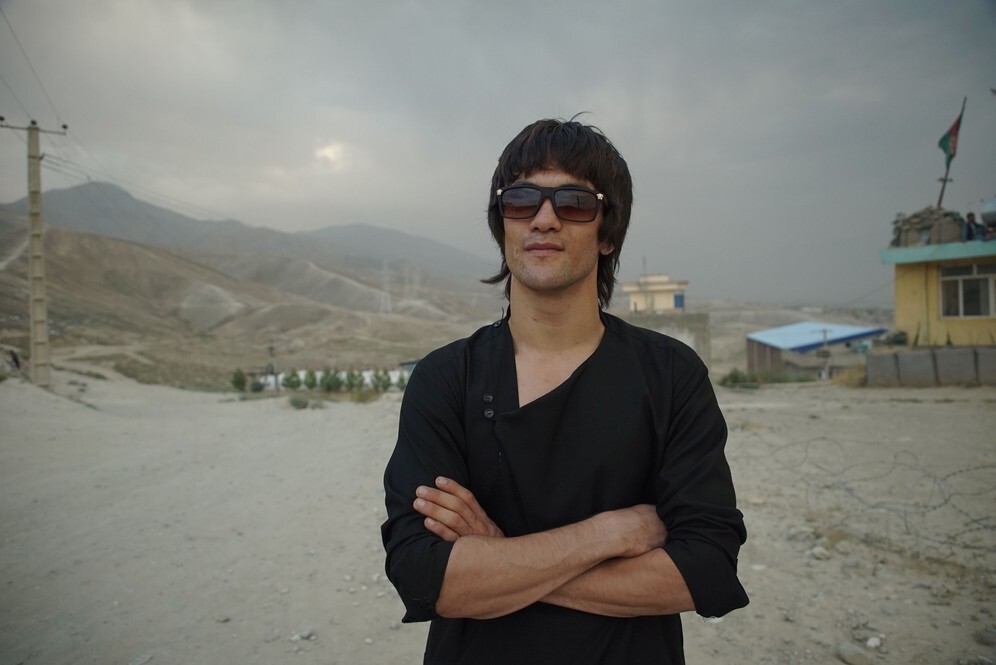 What are the risks Abbas has had to run on his career path? See the Dragon of Afghanistan documentary to find out!

Years of war and Islamic extremism have left their mark on Afghanistan’s traditional music culture. Even before the Taliban regained power in August 2021, the highly conservative Afghan society rejected music as a sinful activity. In the Dangerous Music, RT Documentary meets Dr Ahmad Naser Sarmast. He’s been trying to overcome the deep-seated prejudice against music and plant the seeds of rebirth for Afghanistan’s musical heritage, despite stiff resistance from conservative elements in society.

When Dr Ahmad Naser Sarmast returned to Afghanistan after the Taliban was ousted, he found the country’s once-thriving music scene in ruins, without an orchestra capable of playing the Afghan national anthem. So in an attempt to rebuild it, he turned to society’s youngest and most needy members: its children. As a result, Dr Sarmast founded the National Music Institute of Afghanistan to transform the lives of Afghan children through the study of music and ensure the country does not lose its unique musical identity.

Most of Dr Sarmast’s young students have to work hard outside music classes to earn a living but never give up their dream to turn music into a profession. See the Dangerous Music documentary to meet some of them!

‘Bacha Posh’ means ‘dressed up as a boy’ in Afghanistan. Bacha Posh girls wear boys’ clothes, have close-cropped hair and answer to a boy’s name in the street. They have the freedom men in the Afghan society enjoy but at the price of their own identity. As they grow up, most go back to behaving like women: they get married and comply with the traditional restrictions women face. In She Is My Son, RT Documentary meets some Bacha Posh girls and finds out about their lives.

In Afghanistan, the phrase ‘Bacha Posh’ means ‘dressed up as a boy’

In patriarchal Afghanistan, women’s rights are severely restricted. Female family members are expected to stay at home and take care of the children. They have little access to education and are discouraged from getting a job. Women still need permission from their male custodians to participate in most mundane activities. Even leaving the house without a male relative by her side can land a woman in hot water.

In families where men are in short supply, parents sometimes appoint one of their daughters to play the male role. Otherwise, such families won’t be able to provide for themselves.

To take part in some of the most mundane activities, Afghan women still often need permission from a male

For girls who have tasted freedom while posing as boys, it is challenging to readjust to the behaviour expected of Afghan women. For this reason, some girls decide against going back to following female rules and remain Bacha Posh instead.

What do their lives look like? See the She Is My Son documentary to find out!

Afghan Kidney Sales by RT Documentary explores the selling of kidneys in the Afghan region of Herat. Locals, exhausted by constant debt and a lack of decent jobs, resort to selling their kidneys on the black market.

Though they can only expect about 250,000 afghanis ($3,000) for a kidney, with an average wage of 200 afghani a day, this seems like a tremendous sum. But the consequences of the surgery often costs a lot more. Conducted improperly and without any post-op care, they can lead to permanent health problems or disability. People who had next to no chance of finding a job when they were healthy are now unemployable.

In Afghanistan, people, exhausted by constant debt and a lack of decent jobs, resort to selling their kidneys on the black market to earn some money

The situation is aggravated as Herat has become a popular spot to buy a kidney. Many poor people from the area admit themselves to hospital, putting their organs up for sale. A kidney costs 350,000 afghanis with another 100,000 for the surgery. Clients from Europe and America eagerly come here because surgery is more affordable. The governor’s office denies the possibility of a kidney black market and points at a lack of evidence.

Herat province has become a popular spot to buy a kidney

Yet, more and more people are driven to the point they are willing to part with their vital organs no matter the consequences. What tragic stories do they have to tell? See the Afghan Kidney Sales documentary to find out!

During their first reign in Afghanistan, the Taliban banned fashion, music, and filmmaking as sinful Western innovations. A decade later, sprouts of a revival finally began to appear in the country’s creative landscape. Afghan men and women risked their lives to reintroduce some style and entertainment to an ultra-conservative society.

Following the Taliban's first rule, Afghanistan's traditional culture was on the decline

Aryana Sayeed, an Afghan pop singer, was among these art ambassadors. However, being a pop singer in Afghanistan was dangerous even before the Taliban’s return to power. After Aryana performed on ‘The Voice’ – the international singing show – mullahs started a naming and shaming campaign against her on Afghan national TV channels.

“So, basically, they were brainwashing people against me,” Aryana recalls. “13 nights during Ramadan, which is a holy month. So at the end of the show, on the 13th night, one of the mullahs says, ‘Whoever cuts her head and brings it, they will go to heaven.’ I still get goosebumps when I talk about this.”

Aryana Sayeed is an Afghan pop singer persecuted by the conservative Afghan society
“Aryana Sayeed and her like should be killed, from the point of view of high Islamic culture,” said mullah Azizullah Mufleh in an interview. “That is, it’s permitted to kill her.”

Why didn't Aryana give up her career as a singer despite such threats? See the Art at the Stake documentary to find out!

Even before the Taliban came to power in August 2021, Aryana couldn't go outside without a burqa covering her face

What have the participants of our singature documentaries become under the Taliban? Tune in to the premiere of Afghan Déjà Vu tomorrow to find out!