Hikikomori. Finding refuge in your bedroom
The high price of cheap palm oil: nature and people on the brink of disaster

Although taking genes from one species and putting them into a plant sounds exciting, controversy abounds over the use of genetically modified organisms (GMOs).

In 1994, the ‘Flavr Savr’ tomatoes hit US supermarkets, with growers promising they would last longer thanks to genetic manipulation. Despite being withdrawn three years later, they paved the way for future genetically altered foods.

Today, 28 countries produce soy, corn, wheat, sugar beets, tea, apples, and many other seeds and plants. The manufacturers of GMO claim they have various benefits. These include tolerance to drought or floods, resistance to pests and chemicals, or higher nutritional value. Transgenic advocates also say biotech crops are a viable solution to alleviate the global food crisis. 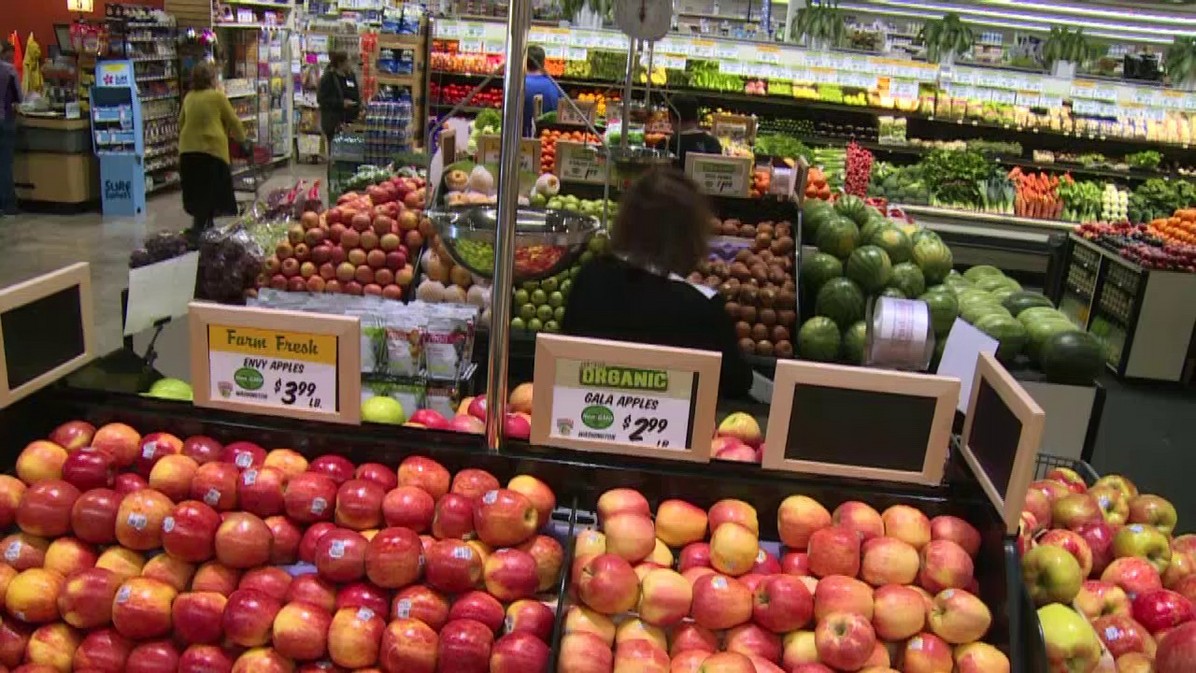 GMO producers claim transgenes are harmless, increase pest and disease resistance, bring higher yields, and may eventually help feed humanity. © A still from the documentary film, The Peril on Your Plate/RTD

However, consumers the world over have been raising doubts over impact GMOs have on human health and the environment, questioning whether biotech giants seek to feed the hungry, rather than their profits.

Activists in India sounded the alarm after a spate of suicides among cotton farmers, forced into debt by GM seed producers, like Monsanto. Every year, thousands of growers take their lives after failing to cultivate GM seeds, unsuitable for their area. “They don’t tell the farmer you can’t save the seed,” says a prominent environmentalist Vandana Shiva. 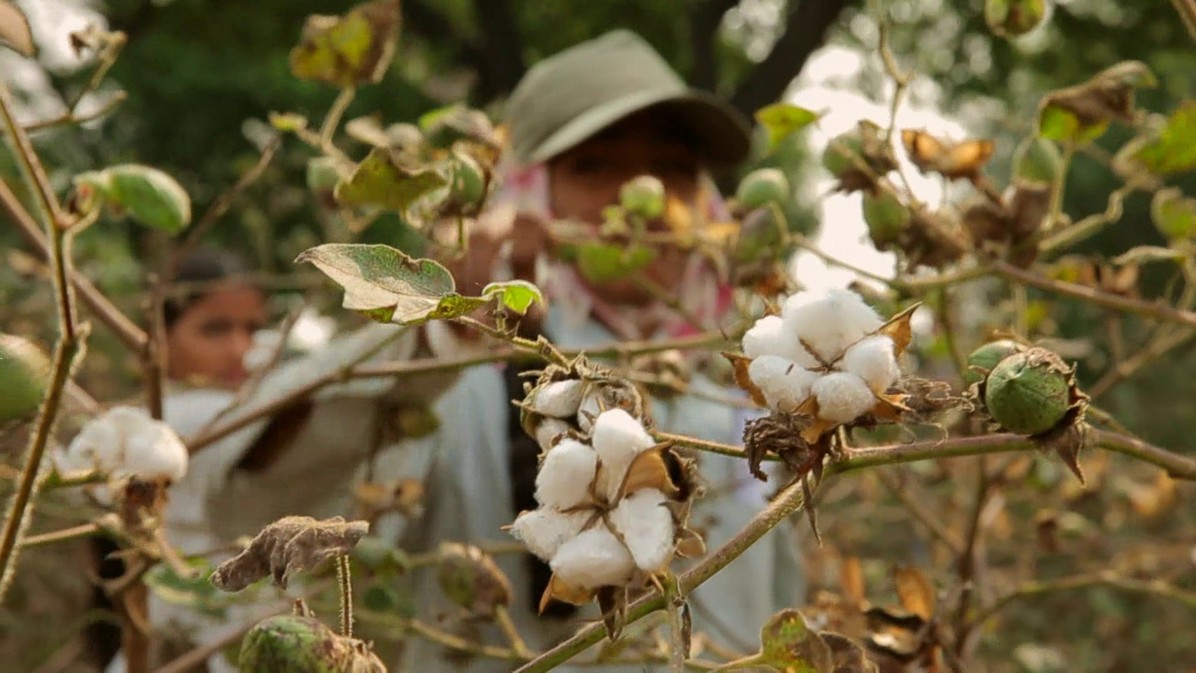 GMO cotton seeds used by Indian farmers are 8,000% more expensive than non-modified seeds. GMO cotton demands more water, fertilisers, and pesticides. As the price on cotton declined, farmers went bankrupt, and unable to pay loans commited suicide. © A still from the documentary film, The Peril on Your Plate / RTD

While industry takes a toll on local farmers, activists fear it can also deprive the region of its endemic seeds. To conserve the seed diversity, Vandana Shiva keeps nearly 2,500 varieties of different crops in a bank of “forgotten food.”

But it’s not only GMOs that pose a risk to traditional agriculture: glyphosate-based weed killers are increasingly popular in non-GMO production, as well. 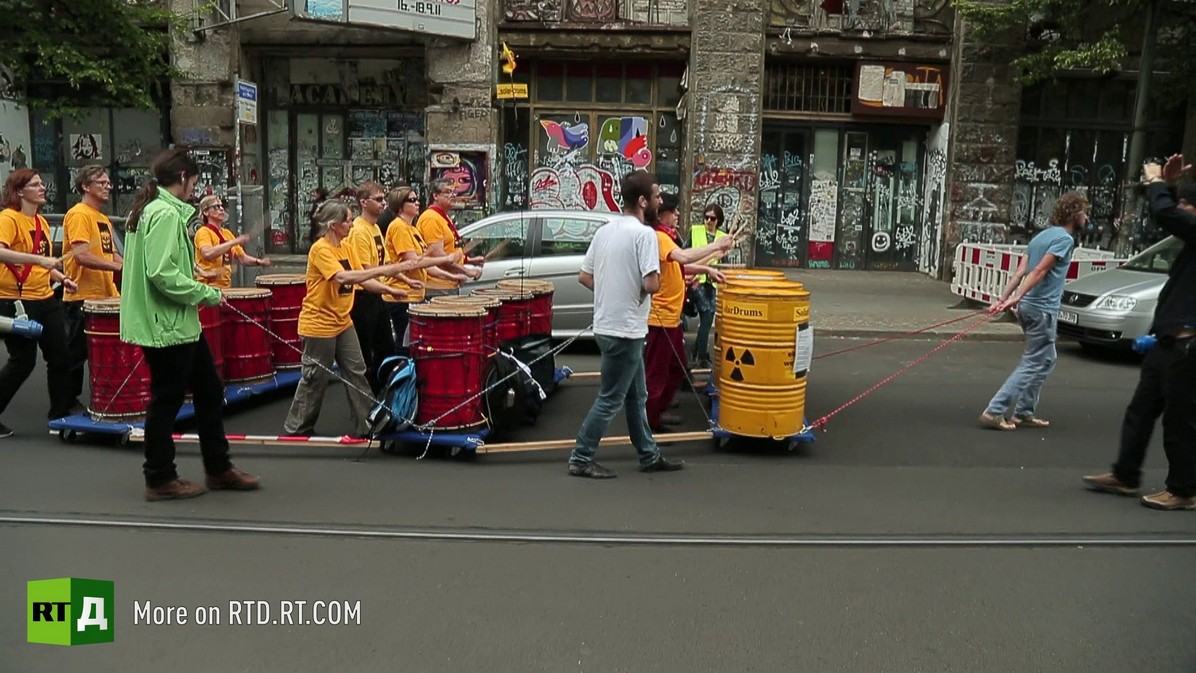 An annual protest against GMO products. Berlin, Germany  © A still from the documentary film,The Peril on Your Plate / RTD

Glyphosate is best known as the active compound of Monsanto’s Roundup, one of the world’s most widely used herbicides. In 2015, the World Health Organization’s cancer body listed glyphosate as a possible carcinogen. With the spread of herbicide-tolerant crops, more resistant weeds developed, eventually leading to the increased use of herbicides , sold by the same companies that sell GM crops.

As the largest GM producer, the US is also home to a powerful anti-transgenic movement. An activist group ‘Moms across America’ demands manufacturers place warning labels on food containing genetically engineered ingredients and chemicals, such as glyphosate. “The fact is if we don’t put the welfare of our children first, before profit, we will destroy our future,” the leader Zen Honeycutt says. 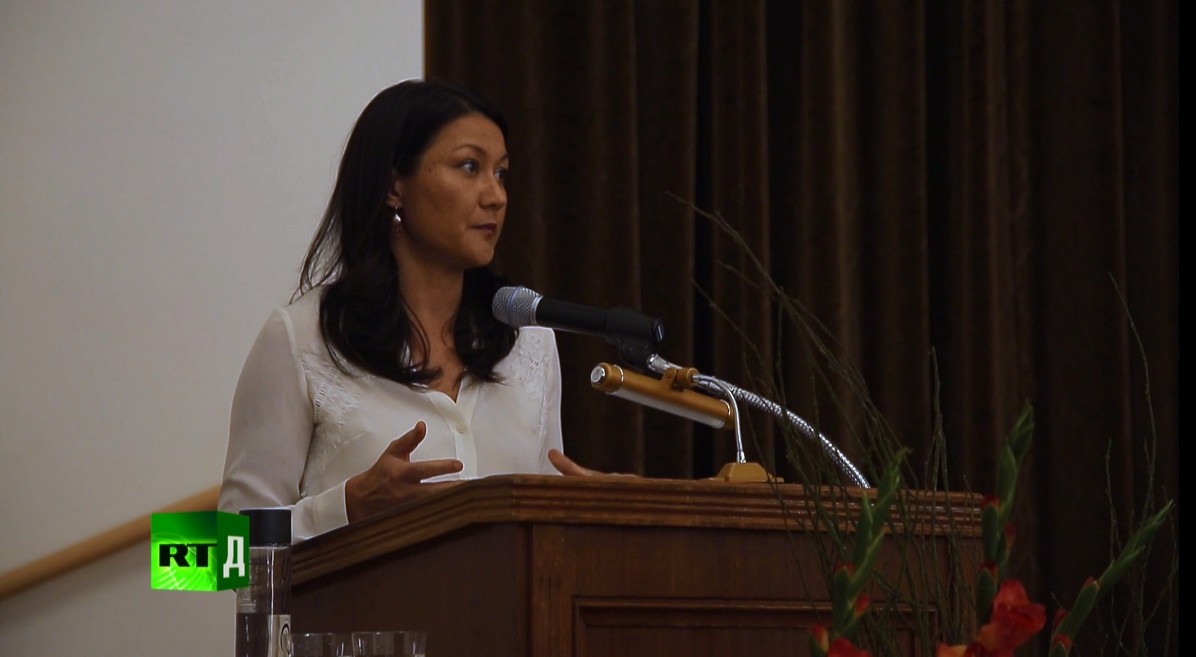 The Moms Across America organisation raises awareness about toxic agricultural chemicals. © A still from the documentary film, The Peril on Your Plate/RTD

For more on the hazards of GMOs and the agrochemical industry, watch ‘The Peril on Your Plate ’ on RTD documentaries.