Babel Village: how artist Nikolay Polissky turned a village into a world-famous attraction

At 42, Nikolay Polissky gave up his career as an accomplished artist to move to a remote corner of Central Russia and create a visionary project so phenomenal it completely transformed the local culture and gained an international following. Polissky declared art to be the backbone of the village, combining hand-made beauty with a rustic idyll of grazing cows and thriving crops. 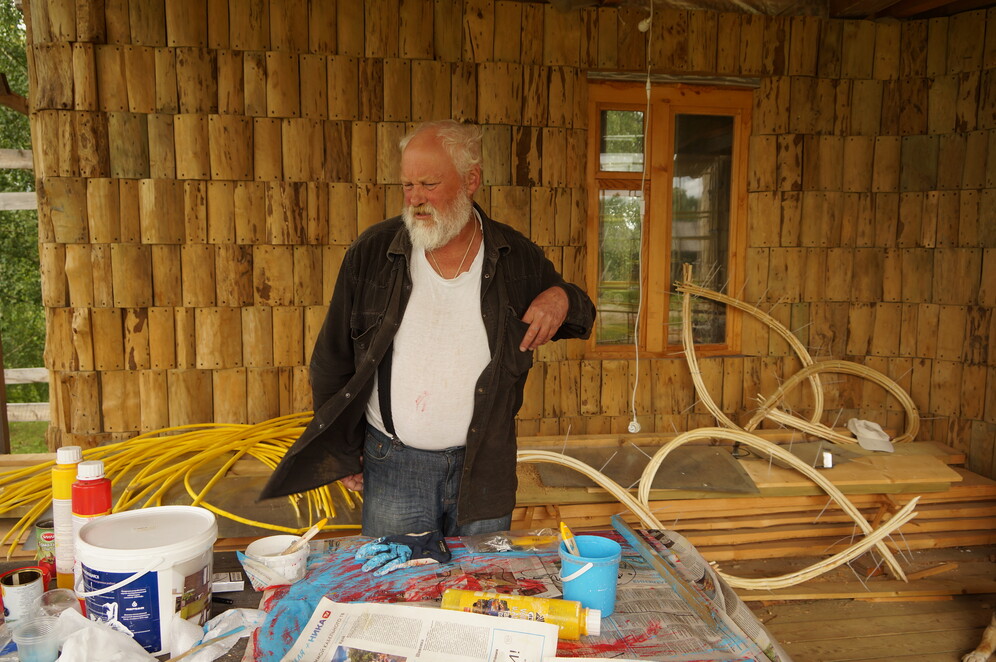 Nikolay's family was terrified by his desicion to give up his career and move into wilderness.

The villagers, usually suspicious of vanity and entertainment, were soon were drawn into the artist's creative vortex and enthusiastically helped to build his 'objet d'art'. The work wasn't too challenging because all of Nikolay's creations are eco-friendly and made from locally sourced materials. Nikolay doesn't like when Moscow construction workers bring too much technology into the process.

Nikolay's first "Snowman" project in 2000 was a collective effort resulting in a 200-strong snowman army. After completion of the second short-lived structure, the hay tower, proud locals found their names as its co-authors in a "how it was made" catalogue. The first permanent installation was a 10-storey wicker tower entwined by squash plants. It contained all the essentials for a recreational zone with tables and chairs to sit inside and enjoy. 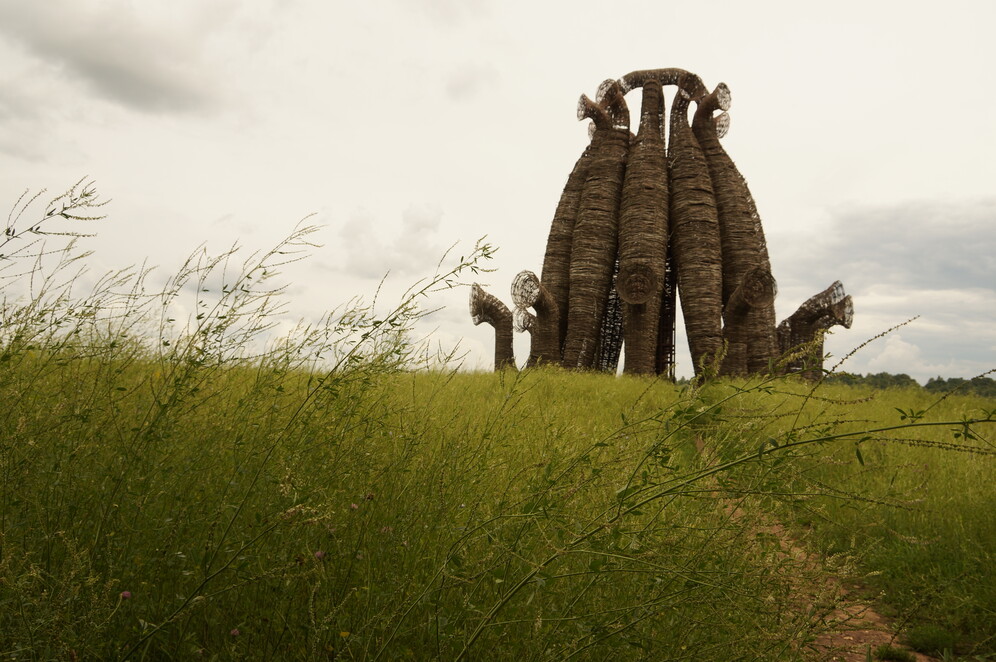 Polissky is convinced his creations is the type of art perfect for any Russian village.

Eventually, the village surrounded by a land-art park called Nikola-Lenivets became a world-famous attraction and pilgrimage destination. As Nikolay himself puts it, the refuge won't protect from war or disaster, but it will serve as a sanctuary to escape from the mundane into art and nature.

In 2006, the park first welcomed "Archstoyanie", the first and only international land-art festival in Russia. It's grown over the years into a substantial event that brings artists from all over the world together. 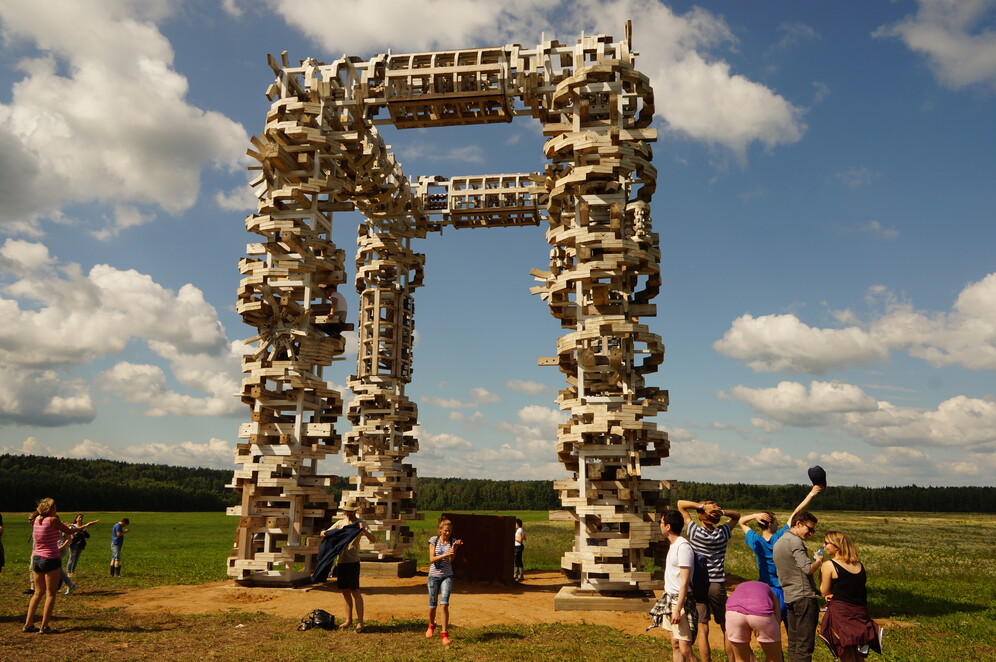 Aside from Arkhstoyanie, Nikola Lenivets hosts festivities during other Russian holidays, like Shrovetide.

Yet, Polissky has reservations about the festival's soaring popularity; he fears it risks losing its unique feel of seclusion and comfort. Still, the Nikola-Lenivets phenomenon is unprecedented, and whatever the reason people visit, they always seem to find what they are looking for.

Watch our documentary to learn the whole story: