At the end of October, President Donald Trump declared America’s opioid epidemic a nationwide public health emergency, saying it was “ripping the nation apart.” The official announcement fulfilled a promise he had made back in August shortly after a presidential commission urged him to immediately ”declare a national emergency under either the Public Health Service Act or the Stafford Act.” In its preliminary report, the Commission on Combating Drug Addiction and the Opioid Crisis headed by Governor Chris Christie (R-New Jersey) sounded the alarm. The US is experiencing a “September 11th every three weeks,” it warned, noting that the scourge of drug addiction claims the lives of up to 142 Americans every day. Trump created the commission early in his administration to assess the crisis and propose strategies for dealing with it.

The commission’s draft letter notes that Americans consume more opioids than any country in the world. In 2015, 119 million Americans, or 44.5 percent of the population, used prescription psychotherapeutic drugs (pain relievers, tranquilizers, stimulants, and sedatives), with 97.5 million taking pain relievers, according to the National Survey on Drug Use and Health study.

Citing the Centers for Disease Control (CDC), the presidential commission’s report points out that more than 560,000 people in the US died due to drug overdoses between 1999 and 2015. Fatal overdoses from prescription opioids quadrupled during that period, accounting for 183,000 deaths. 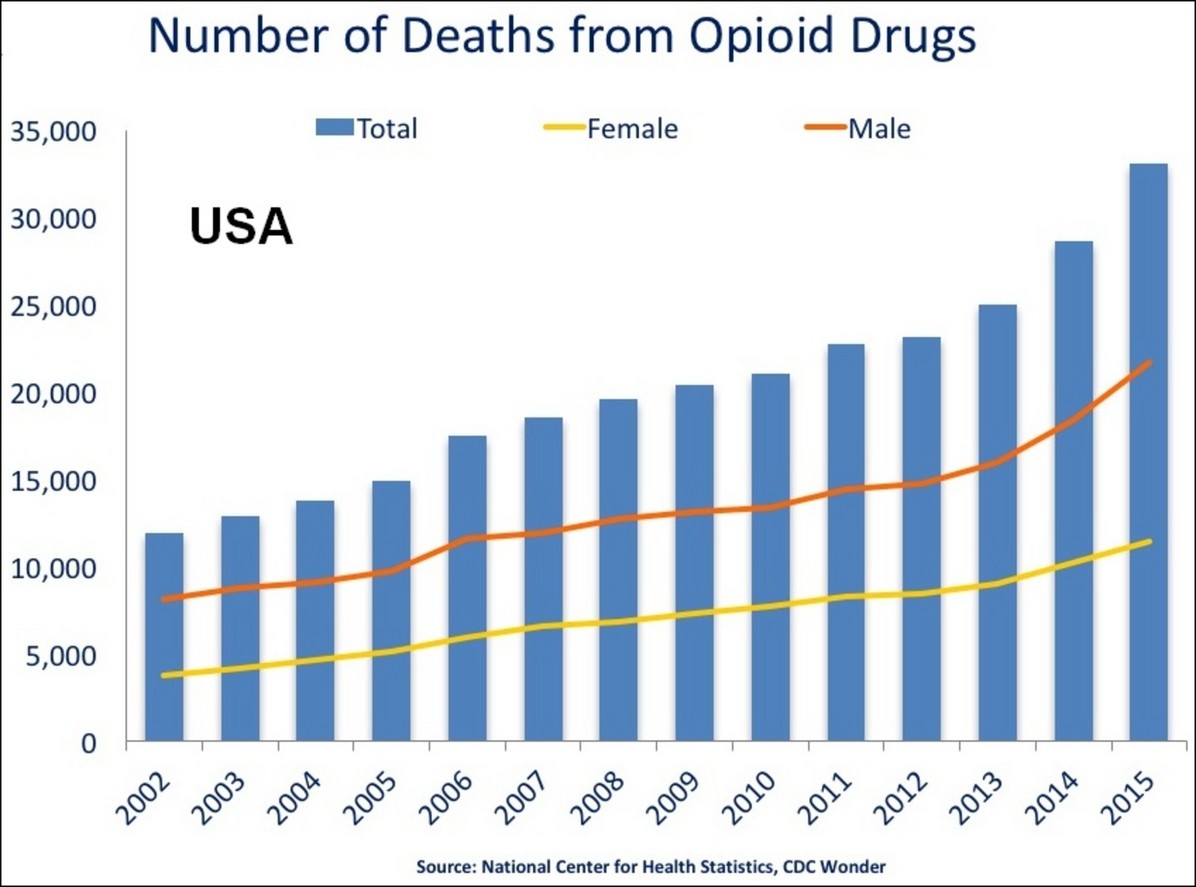 In 2015, nearly two-thirds of all drug overdoses were linked to opioids like Percocet, OxyContin, heroin, and illegally manufactured fentanyl, a powerful synthetic opiate. More than 33,000 Americans died as a result of opioid overdoses that year, with some 15,000 overdosing on prescription opioids, a fourfold increase from 1999.

The drugs most commonly involved in fatal prescription opioid overdoses include Methadone, Oxycodone (such as OxyContin®), and Hydrocodone (such as Vicodin®). 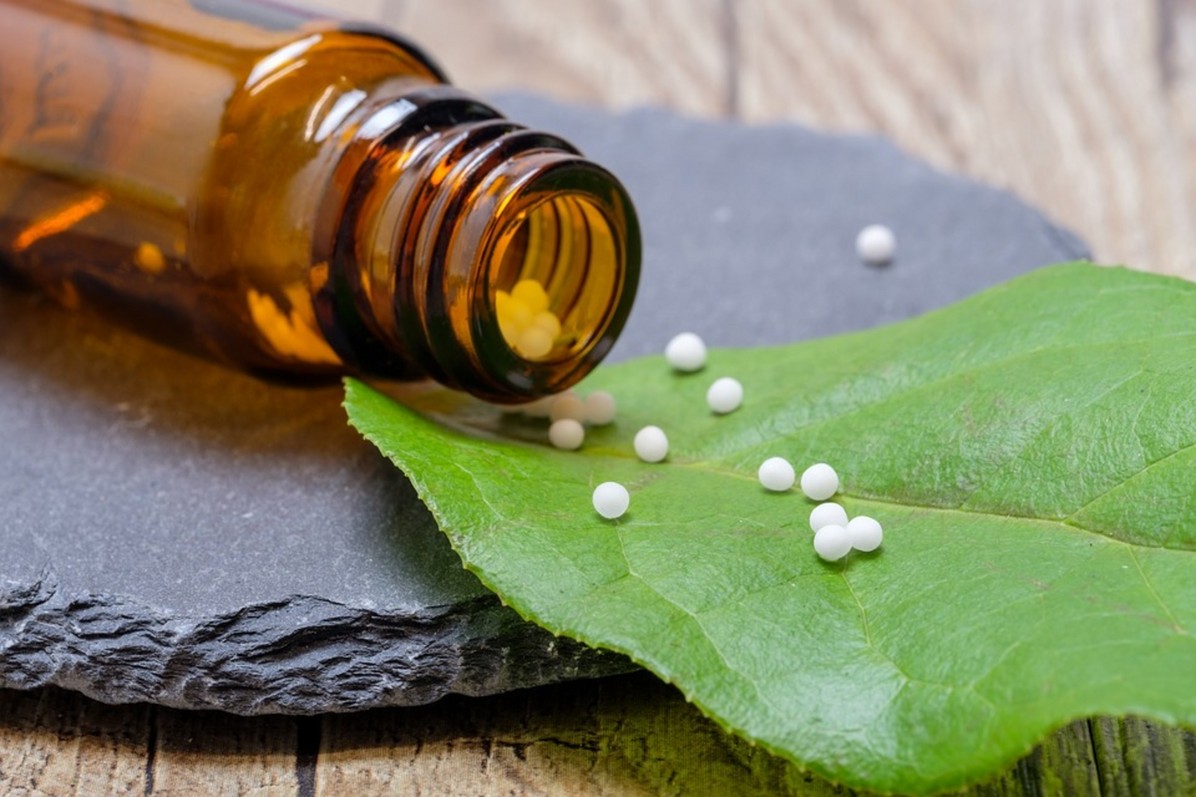 “Opioid prescribing continues to fuel the epidemic. Today, nearly half of all US opioid overdose deaths involve a prescription opioid,” according to the CDC.

A Boston Medical Center study shows more than 90 percent of those surviving a prescription opioid overdose were able to get another prescription for the same drugs that nearly killed them. The study also found that seven percent were likely to suffer a second overdose within two years.

“Ninety-one percent got another prescription for an opioid,”  Marc LaRochelle, a lead author of the study, told the Boston Globe. ”It wasn’t because they went down the street and found a new doctor. Seventy percent got it from the doctor who had prescribed before the overdose."

The Boston Medical data only looked at insurance claims and did not include cases of people without insurance or covered by Medicaid, Medicare, or the Veterans Health Administration.

Overdose is not the only risk related to prescription opioids. Abuse and addiction are also potential dangers. The National Survey on Drug Use and Health found that 12.5 million people misused prescribed pain medication in 2015. Roughly 21 to 29 percent of patients prescribed opioids for chronic pain misuse them, with 8 to 12 percent developing an opioid use disorder, according to an NIH report.

The CDC has noted that 25 percent of people who receive prescription opioids for pain unrelated to cancer struggle with addiction. Over 1,000 people are treated in emergency departments for prescription opioid abuse every day as a result of this endemic misuse.Given that prescription opioids cause so many death and dependencies, it appears ironic that they do not seem to be effective in fulfilling their intended purpose as painkillers. Marc LaRochelle of the Boston Medical Center said: “there is no evidence that opioids are effective in treating chronic pain, yet many patients say they depend on the drugs to function.” To make matters worse, it appears that prescription opioids are increasingly a gateway drug to heroin. The National Institutes of Health (NIH) estimated that 591,000 Americans were addicted to heroin in 2015. A study published in the New England Journal of Medicine in 2012 found that “76 percent of those seeking help for heroin addiction began by abusing pharmaceutical narcotics, primarily OxyContin.” 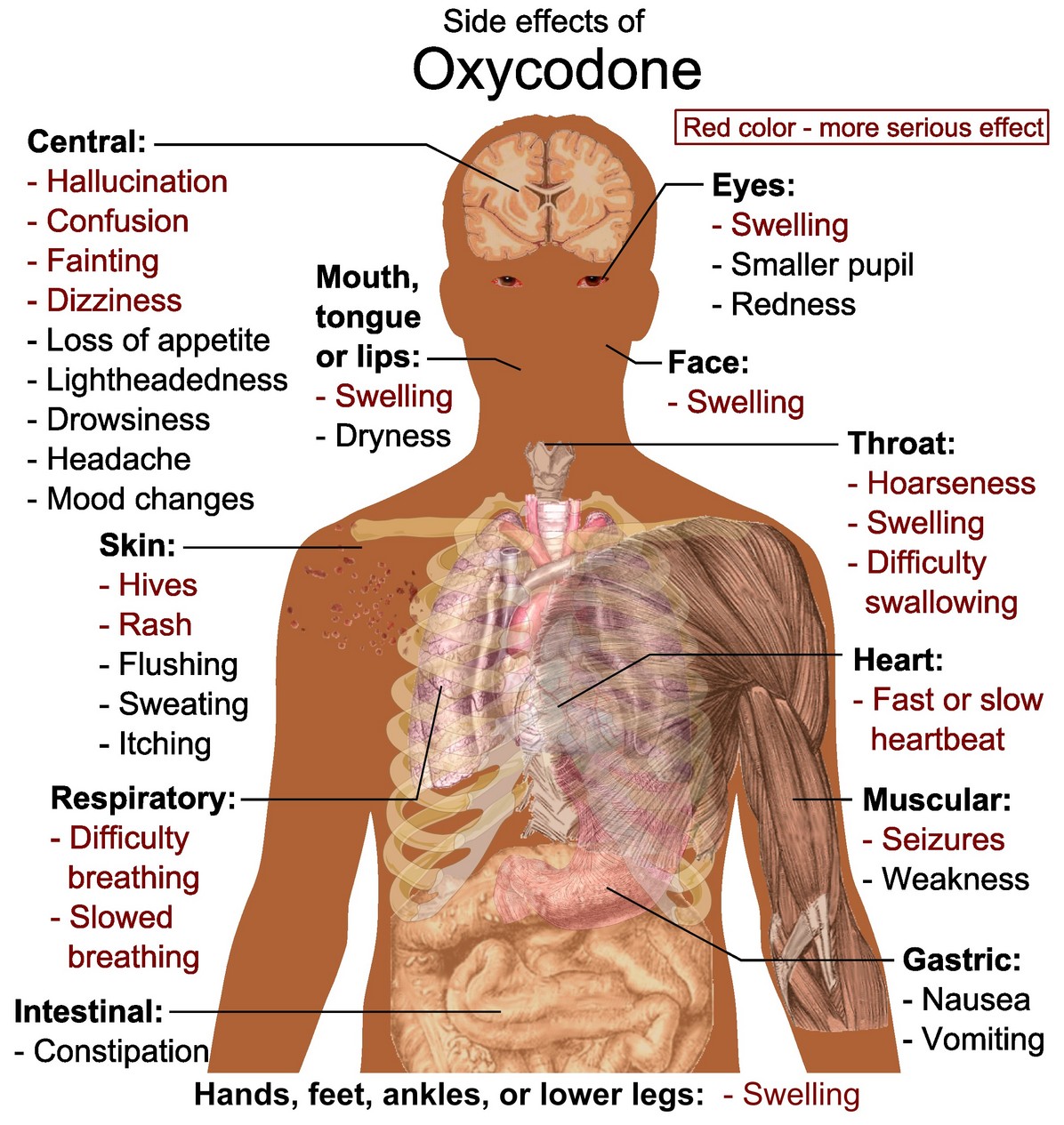 People abusing pain relievers were 19 times more likely to begin using heroin, according to the CDC. Some 86 percent of young, urban injection drug users interviewed in 2008 and 2009 said they had been taking prescription opioid pain relievers without medical reason before they began using heroin. They obtained them from three primary sources: family, friends, or personal prescriptions. 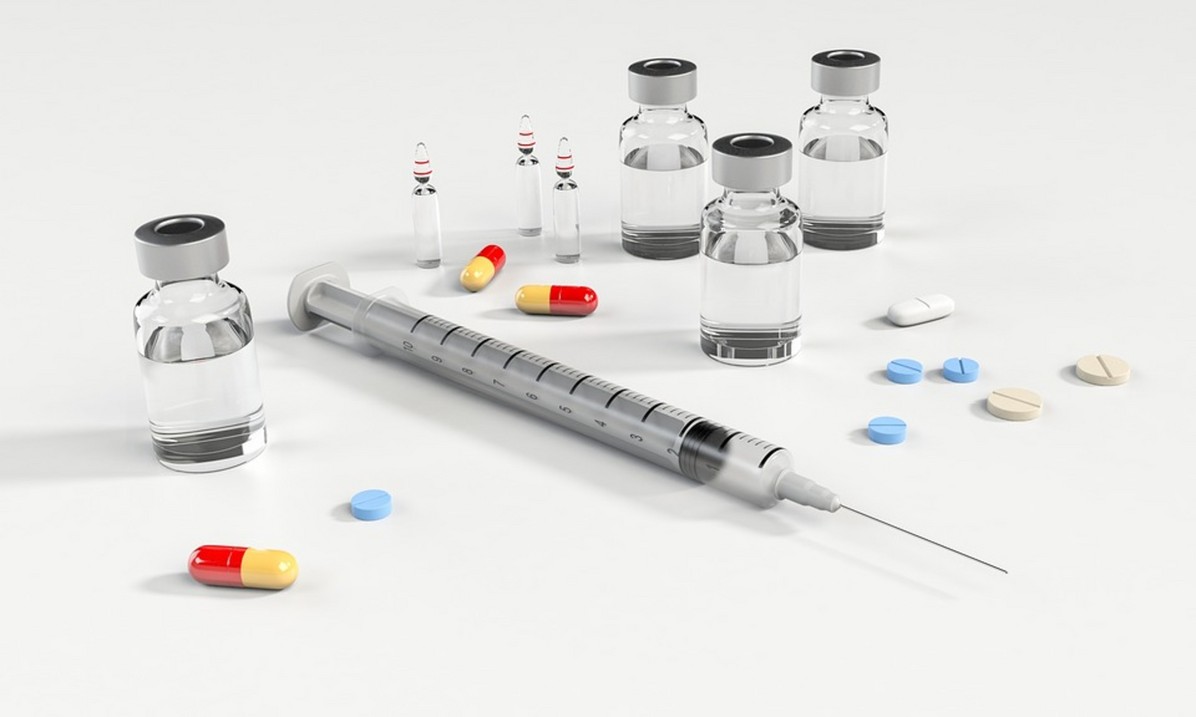 The DEA has noted that the number of heroin users tripled from 2007 to 2014. Meanwhile, deaths from illegally manufactured synthetic opioids, such as fentanyl and other mimics of prescription painkillers, have skyrocketed, increasing 79 percent in just one year, from 2013 to 2014.

A CDC report found that 40 percent of people with a substance abuse issue also suffer from mental health problems, and more than half of US opioid prescriptions are given to people with mental health disorders prone to overstating their pain.

Researchers at Dartmouth-Hitchcock Medical Center and the University of Michigan found that, of an estimated 38.6 million people suffering from anxiety and depression, 20 percent received at least two prescriptions for opioids over a year. Some 51.4 percent of the 115 million opioid prescriptions written annually were given to people in that group, the study found.

Less than half of those suffering from addiction and mental health issues seek treatment for either problem, according to the CDC.

The prescription opioid crisis began in the late 1990s after pharmaceutical companies reassured doctors that their patients would not become addicted to their opioid-based pain relievers. According to the NIH, healthcare providers subsequently began to prescribe these drugs at higher rates, leading to their widespread diversion and misuse. Opioid overdose rates started to rise in tandem. Only later did it become clear that these drugs were, in fact, highly addictive.

The use of opioids as painkillers and sedatives was pioneered by a private pharmaceutical firm called Purdue Pharma. The Connecticut-based company was founded by the Sackler brothers, all of whom were psychiatrists. After a research paper written by Arthur Sackler helped Pfizer’s sedative, Valium, become the first $100 million drug, his brothers Mortimer and Raymond began to explore pain medications.

They took a generic painkiller invented in Germany during World War I called oxycodone and added a timed-release mechanism to prevent abuse. Well known drugs such as Vicodin, Percocet and OxyContin were created from this generic drug based on this principle.

OxyContin sales hit $1.5 billion within seven years of its 1995 launch. The product was so successful the Sackler family made the Forbes list as new billionaires in 2015 with a net worth of $14 billion.

However, the claim their opioid pain reliever was abuse-resistant proved flimsy, at best. The time-release mechanism could easily be circumvented by crushing the tablet. The resultant powder could be snorted for an instant heroin-like high. With such abuse, overdoses and deaths skyrocketed. 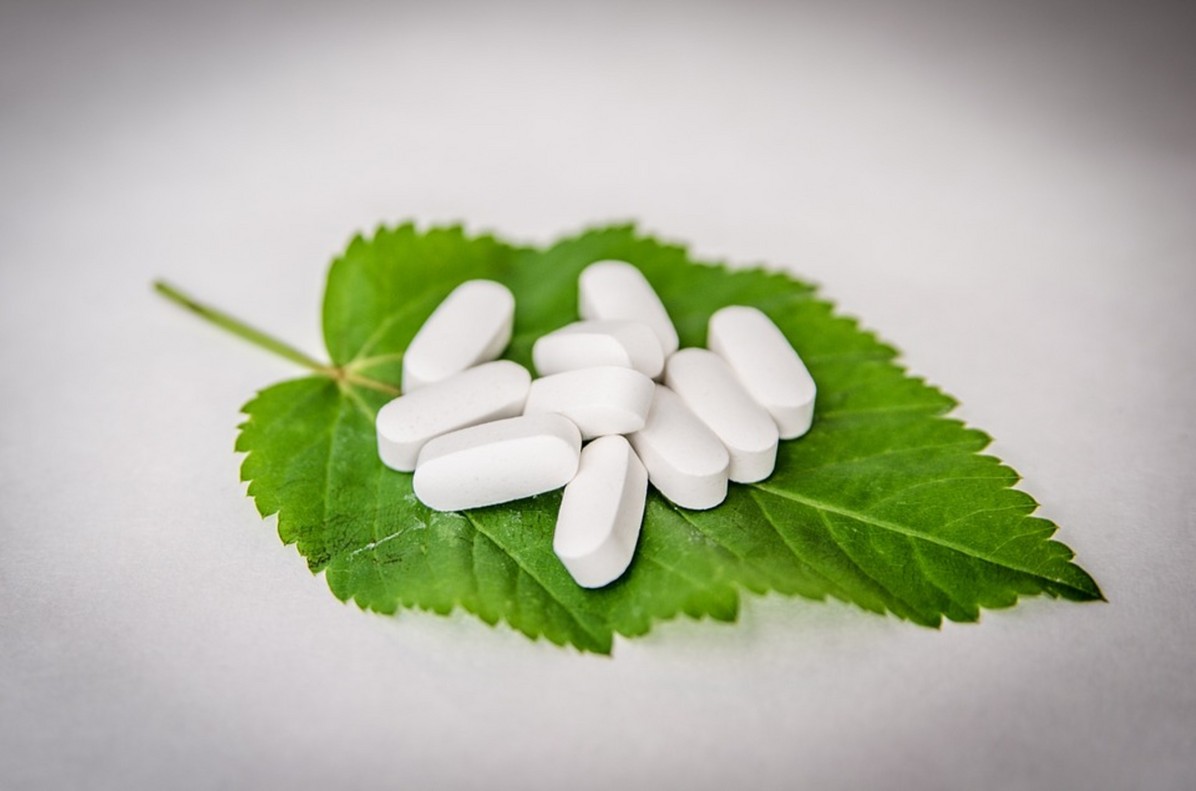 Sales of prescription opioids quadrupled from 1999 to 2014, according to the CDC. By 2015, enough opioids were prescribed in the US to medicate every American around the clock for three weeks. The total number of prescriptions dispensed peaked in 2012 at more than 255 million, the equivalent of 81.3 prescriptions per 100 people. A New England Journal of Medicine study found that this spectacular growth was directly linked to the pharmaceutical industry’s marketing practices. 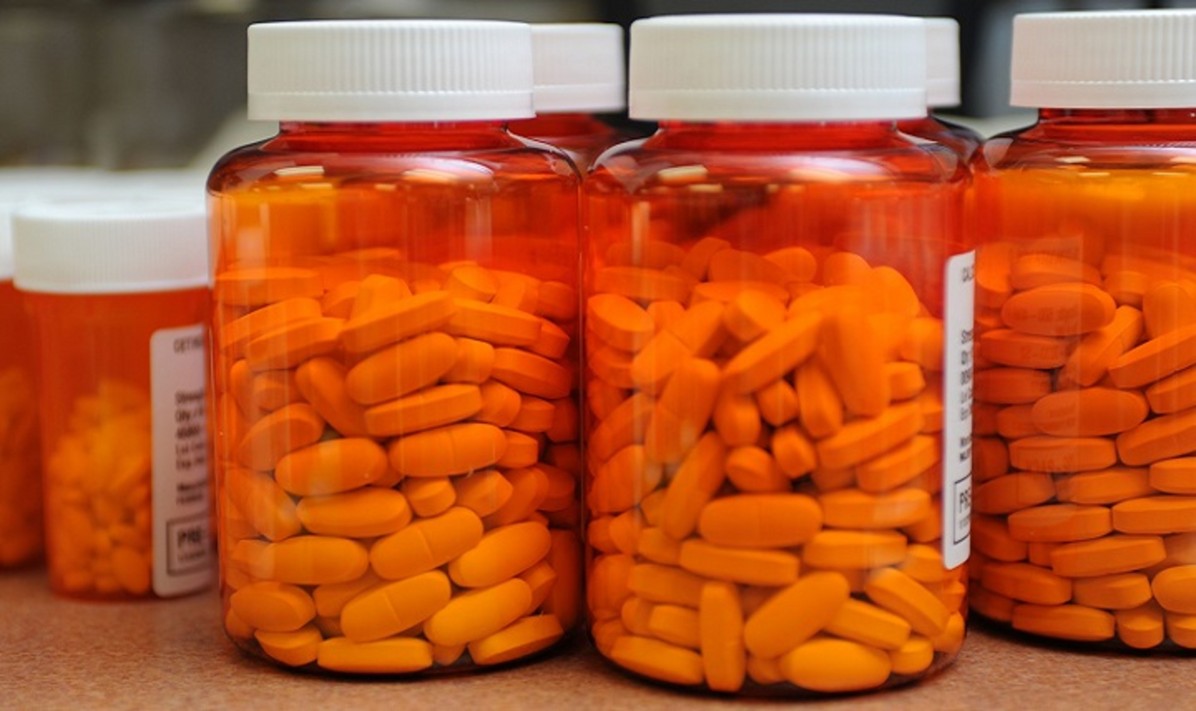 From 2012 to 2016, the opioid prescription rate finally began to decline in the US due to a heightened awareness of abuse and addiction risks in the medical community. In 2016, the prescribing rate reached a 10-year low of 66.5 per 100 people. Nonetheless, over 214 million opioid prescriptions were filled that year.

Government efforts to stem the problem have often been stymied, according to former DEA officials that appeared on CBS’ 60 Minutes program. They claimed that, during the Obama administration, their bosses at the agency “shut off” investigations into large distributors hawking the addictive pills, even when there was ample evidence of suspicious dealings.

Former DEA investigator Jim Geldhof told the program about a DEA supervisor who kept impeding his investigation into a case involving 11 million pills that wound up in a West Virginia county with a population of just 25,000. 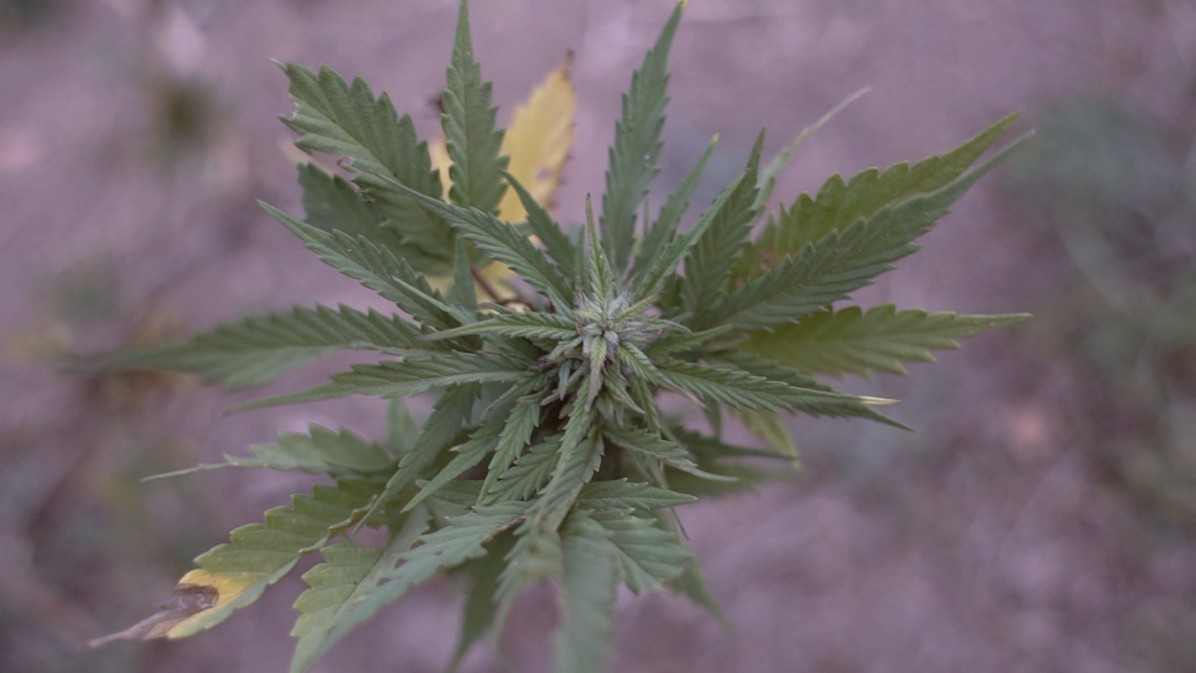 “Every time I talked to this guy he wants something else. And I get it for him, and that's still not good enough,” Geldhof said, adding “And this goes on and on and on. When these roadblocks keep getting thrown up in your face, at that point you know, they just don't want the case.”

Joe Rannazzisi, the former head of the DEA’s Office of Diversion Control, told the program that the drug industry uses money and influence to pressure top DEA lawyers to lay off prosecuting large opioid pill distributors. The former drug agents blame a “revolving door” between the DEA and the drug industry. Many of the agency’s top lawyers land lobbying jobs with pharmaceutical companies and drug distributors after they leave the government.