Robbed of childhood: the cost of war paid for by the children of Afghanistan
Becoming a Russian cosmonaut: a step-by-step guide

Warning! The activities described in this article are illegal and can result in death. Do not attempt them under any circumstances!

Some would say riding on the outside of trains, aka ‘train surfing’, is stupid or even crazy. But for Moscow teenagers, it’s all about the adrenaline rush. They ride on top of trains, between the carriages, and under them.

Train surfing or train hopping has been around for as long as trains have existed. The practice of riding outside or on the roof because there’s no room inside, or tickets are too expensive, is well established. It wasn’t until the late 1980s that it turned into an extreme sport and subculture across America, Europe, and Russia.

When the train surfing movement emerged in Russia, its followers sought to ride all trains possible: commuter trains, metro, inter-city. High-speed trains have for long been reserved for the most brazen.

One of the first Russians to discover train surfing was Roman Gromov. He grew up near railroad tracks and naturally became fascinated with trains. When Roman was a little boy, he wrote down the number of each passing train in a special notebook, and could tell you what type it was and where it had been, his mother recalls.

As Roman grew older, he took his obsession to a new level by climbing on top of commuter trains to avoid the stuffy conditions in the carriages. “It’s actually more comfortable to travel outside – fresh air, no crowds and ticket inspectors. It’s also safe if you do it right,” he says.

Roman swiftly became addicted to the feeling of speed, and tried to hop a ride on all kinds of trains. As his stunts attracted the attention of other thrill seekers and video clips documenting train surfing feats appeared online, a closed community began to form. Its aficionados share information about trains, the transport police, and safety precautions.

Russian train surfers hitch a ride between cars on the Moscow Central Circle. Kobzarro (right) is known for her trademark mask she wears to conceal her identity.

Many in the community see Roman as one of the movement’s main inspirers.

“At our first meetings, there were reasonable adults, and we would ride safely. There were so many of us, you could think we were somewhere in India, where [train surfing] is the norm,” says Roman.

It’s not just the thrill of it and the desire to be the first to accomplish a new trick that drives train surfers - it’s also about finding ways to outwit security and sneak on trains unnoticed. “The best ride is the one only you know about,” Roman says, adding that it’s important not to disrupt train traffic.

Besides being illegal, train surfing is extremely dangerous. In 2017 alone, 45 teenagers were injured, 22 fatally.

Accidents featuring daredevils falling off, getting electrocuted or maimed are rare but do happen. “I saw a boy become a human torch in front of my eyes,” says Kobzarro, a 20-year-old train surfer. 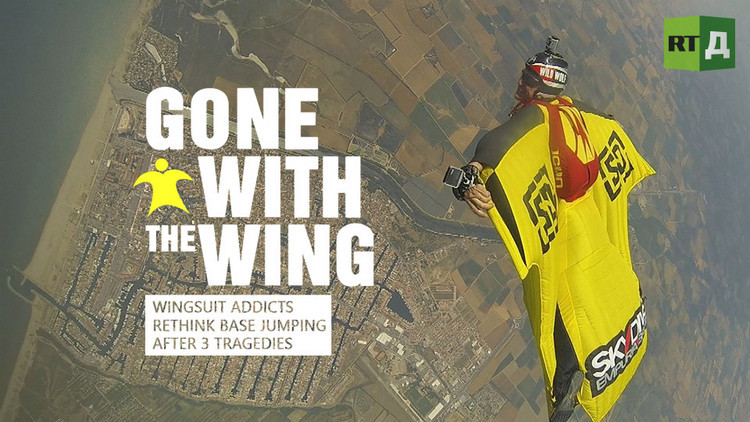 Gone with the wing. Wingsuit addicts rethink BASE jumping after 3 tragedies

The voltage in overhead commuter rail cables can reach several thousand volts, enough to give someone a severe burn, even from two metres away. Train surfers riding on the roofs are frequently burned by the pantographs that connect the train with the wires above.

“Sixteen-year-old school kids know very little about voltages of 3000V and the electrical conductivity of the human body, otherwise how would you explain them getting burned all the time?” says Ivan Bolshakov, who lost a leg while train surfing.

Those practicing this dangerous sport are getting younger, according to the police. “They are usually 16-17 year olds, but now children as young as 11 are getting caught,” says one of the officers.