Buzz without the booze: Nootropics, adaptogens and cannabis step in for alcohol in drinks
“The Matrix Has You”: Are We On The Way To Cloud-Based Mega-Minds?

From Smell Terror To Smell Harassment: How much do we depend on smells?

An episode of the BBC TV documentary Filthy Cities describes the atmosphere of 14th century London streets: stench, lack of any sanitation, and people walking through an ankle-deep mix of mud, rotten butchery by-products and animal dung. Londoners threw buckets of their faeces and urine into the street or poured them out of windows.

Not only did Medieval Europeans dispose of sewage in such a way, but they also flatly refused to wash. Though unwilling to get rid of it, people were nonetheless terrified by the stench. Smells were later divided into “pleasant” and “unpleasant” and even used as a terror weapon. So why are people so afraid of the stink and is it possible to create a perfectly “deodorised” society?

What's in a smell?

It has been scientifically proven smells can trigger strong emotional responses in human bodies. When our nose receptors detect a particular scent, they send signals to the frontal cortex of the brain. The frontal cortex deals with the regulation of olfactory processes, and, at the same time, is responsible for emotions and memory. The emotional response to some smells may be so strong it suppresses our reasoning. In other words, we become so pleased or so disgusted that we can think of nothing else but the odour. Anthropologists suggest some particularly pleasant smells might even have a hypnotising effect. Some suggest myrrh or mint may create a sense of community among people — upon smelling those fragrances their psychological states are likely to synchronise bypassing rational thinking./designmeliora via Pixabay

Throughout history, traditional societies have preserved individual attitudes towards different kinds of smells. Tribes from all over the world have long considered pleasant aromas as an attribute of divine beings and used them to connect with otherworldly forces: gods, spirits, or deceased relatives. At the same time, stench has always been associated with evil. The Buli of Indonesia bury dead tribesmen in a great hurry because it is believed the smell of the decaying corpse is hazardous and attracts witches. Alfurs from the Moluccas and Central Sulawesi believe the “cadaveric god” Lamoa does not tolerate the smell of decay. Thus they clean the bones of the dead to avoid his divine wrath.

In Medieval Europe, people had to carry bouquets with them while walking down the streets — not for the sake of pleasure or beauty, but so as not to suffocate. The stench is one of the things usually associated with European cities of the time. Surprisingly, even “filthy” Medieval Europeans were afraid of stink and thought it was life-threatening. So why didn’t they wash to get rid of the foul smell coming from their bodies?

An average 15th century European would prefer to be eaten by lice rather than take a relaxing bath or a refreshing shower.

The fear of bathing could be explained by the belief in the permeability of the human body. If our body is porous, any intense impact on the skin — say, summer heat or an intense pressure of warm water — would open the pores and let various infections into the body. Such a “scientific” vision virtually eliminated the practice of washing: houses looked and smelled like dumping grounds, public baths were among the least-visited places. It was the case for even “the nobles of the noblest”. As one Russian ambassador to France noted “His Majesty [Louis XIV] stunk like a wild animal.” Specialists suggested wiping “goat-smelling armpits” with a bunch of roses, rather than taking a shower, but even such a hygienic ritual was a rare occasion. 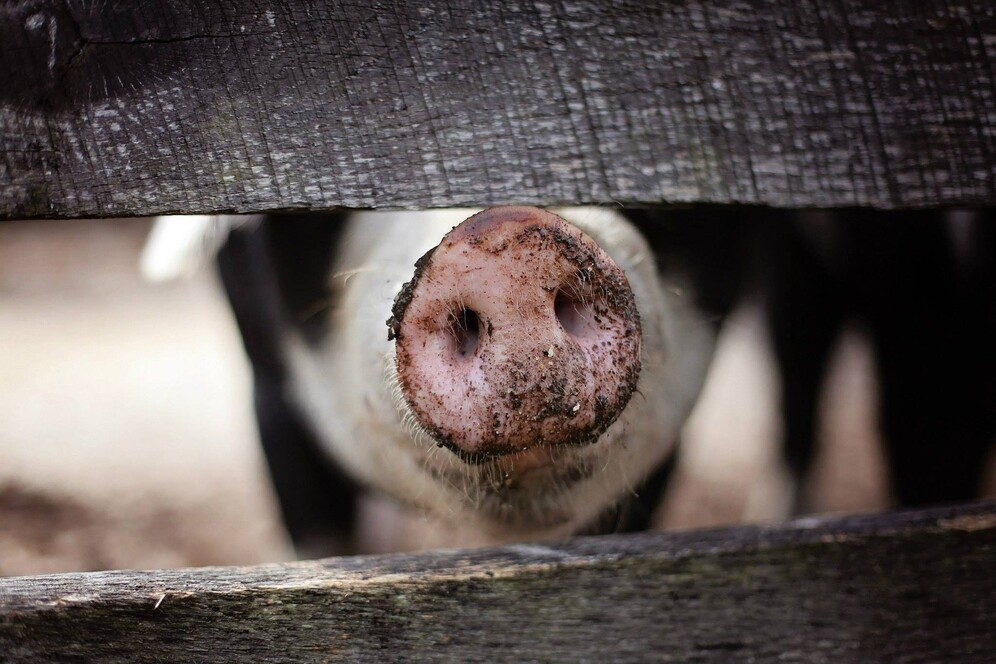 Bathing was believed to ruin the balance of fluids in the human body, which lead to dementia, exhaustion, and death./Pexels via Pixabay

Still, the increasing social inequality and struggle between the rich and the poor demanded new tools and smells could become one. In the 17th century, odours were already seen as an attribute of social status. While the lowborn gave out the aroma of vinegar and heady garlic, the nobility smelled like myrrh and flowers.

The British history recorded 1858 as the year of the “Great Stink”. In the hot summer, the River Thames, that for centuries had been used as a dumping ground for human excrement, began to stink unbearably. The effect of the stench was similar to that of a sudden war or a severe economic crisis: government officials fled in confusion, parliament resigned. This event led to the introduction of a centralised sewage system in London. Similar structures gradually appeared in other cities — and Europeans finally embarked on a path towards a modern “deodorised society”. With the introduction of centralised sewerage, people got used to washing their bodies and clothes regularly. Having got rid of the scent of human excrement in cities, society turned against another odour that creeped them out — the smell of the human body.

How did advertisers make Americans believe they smell terrible?

An average person of the 19th century felt perfectly fine about sweat and even believed suppressing perspiration was unhealthy. The first deodorants appeared in the 1880s were niche toiletries rather than a mass-market product. Technological advances lay the groundwork for mass production, so enterprises had to somehow sell deodorising products to the general public. It was time for advertisers to enter the game. To improve the sales of Odorono (“Odor? Oh, no!”) deodorant, Young made a successful attempt to convince the target consumers (mostly women) that sweating was embarrassing and resulted in their unpopularity among men.

Edna Murphey, the owner of the first deodorant producer in the US, turned to an advertising agency that paired her with James Young.

In his advertising materials, James Young would depict a romantic situation with a beautiful woman and a handsome man, that was ruined because the woman’s armpits smelled bad.

Although Odorono ads sparked public outcry, sales rocketed. Other deodorant brands were quick to adopt the same approach, and about half a century later, in the mid 20th century, the population of Europe and America used deodorants with might and main.

The October Revolution in Russia labelled flowers, myrrh and other “aristocratic” smells, as an attribute of the defeated social classes and subject to elimination. Perfume factories were closed, and a whole smell terror campaign against the former upper classes was launched. Nonetheless, in the 1930s perfume returned to the shops — it was said to be the “labour-class perfume”, produced by workers for workers.

Despite having to some extent combatted smells produced by our body, we have failed to “deodorise” our daily life. Instead, in the past decades, society has been overwhelmed by the appearance of a significant number of new smells, including those of new chemical products that we use daily (detergents, oil-based chemicals etc.).

Amid growing concerns concerning the impact of such smell pollution on our health, “deodorisation” seems to have become a political issue.

Halifax, Canada has introduced a “no scents make good sense” policy — perfume has been banned from schools, libraries, courts, buses, and hospitals. Similar rules have been established in the state of California — while Santa Cruz authorities urge Californians to avoid using perfume before going to public gatherings, Marin County restaurants offer visitors a chance to sit in an “odourless” dining room. Meanwhile, the Japanese are cracking down on the so-called smell harassment — a situation where other people are bothered by your odour, no matter whether you are conscious of it or not. 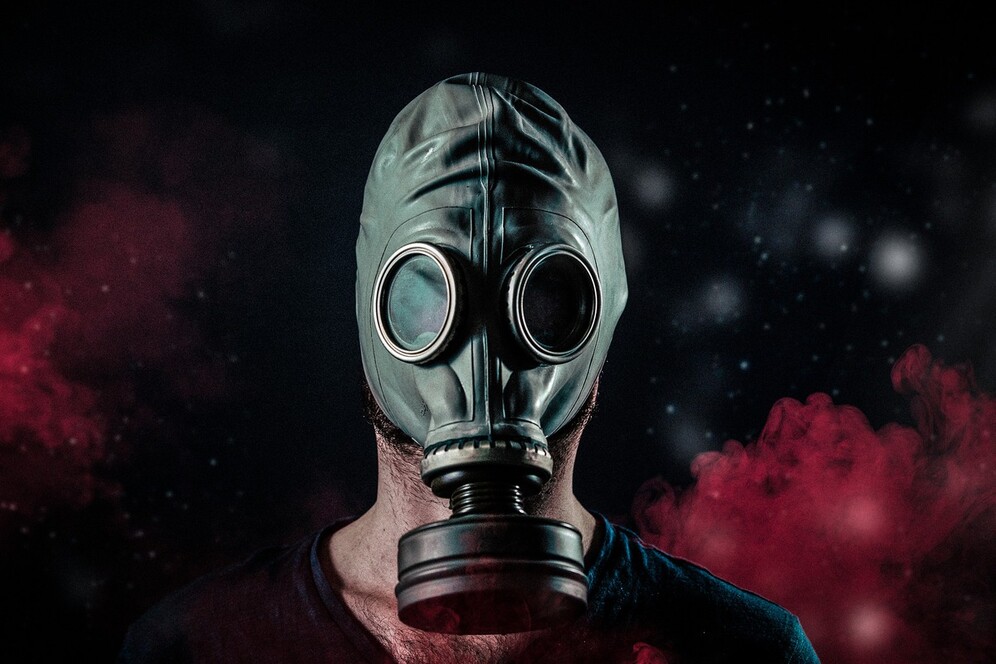 Concerned about the comfort of their employees and customers, Japanese companies are introducing new rules and instituting courses for those wishing to cope with bad smells coming from their bodies. Some offices have forbidden employees to appear overly perfumed or to smoke during the workday/jessebridgewater via Pixabay

At the same time, many condemn the strict anti-odour policies qualifying them as smell discrimination rather than smell harassment. Dr Tsuneaki Gomi runs a clinic that helps Japanese people deal with excessive sweating and bad smell. (). He claims about 70% of those who seek treatment don’t suffer from any ailments — their fear of sweating originates from social stereotypes and anti-odour campaigns. Psychologist Pamela Dalton of the Monell Chemical Senses Center in Philadelphia suggests it is enough to tell people about the adverse effects of the scent to make them suddenly feel unwell.

The resulting anxiety about bad smells may affect blood pressure, cause rapid breathing and trigger stress.

Well, it seems unlikely that one day we will be able to deodorise our societies thoroughly. Both pleasant and unpleasant smells are an integral part of our lives, and we have to come to terms with them. After all, what if along with bad smells, we also killed good ones? Waking up without the delicious aroma of coffee coming from the kitchen is not much fun.