You’ve got mail: Mail-in votes could determine the outcome of the 2020 US presidential election
378 Days in Kandahar: How 7 Russian airmen escaped Taliban captivity

Diet of the future: What should we eat to stay healthy and keep the planet safe?

A recent study showed official healthy diet guidelines don't just present a risk to people but also threaten the environment. While the food industry is responsible for a quarter of all emissions into the atmosphere, an unhealthy diet results  in millions of early deaths each year. This is why it's become essential to draft updated guidelines to solve both these problems. But, as it turns out, changing the familiar eating and living habits is not that easy both on a personal and an administrative level.

A paper published  in the British Medical Journal (BMJ) by a research team headed by Dr Marco Springmann from Oxford University, collected and analysed dietary guidelines from 85 countries and checked them against the goals listed in the Paris Agreement  in terms of healthcare and the environment. These goals, among others, include reducing  the death rate by a third and dropping global warming by two degrees Celsius.

According to Dr Springmann, governments are very incompetent when it comes to healthy diets. Mainly, officials are vague about meat consumption restrictions regardless of how much damage it causes to health and the environment. 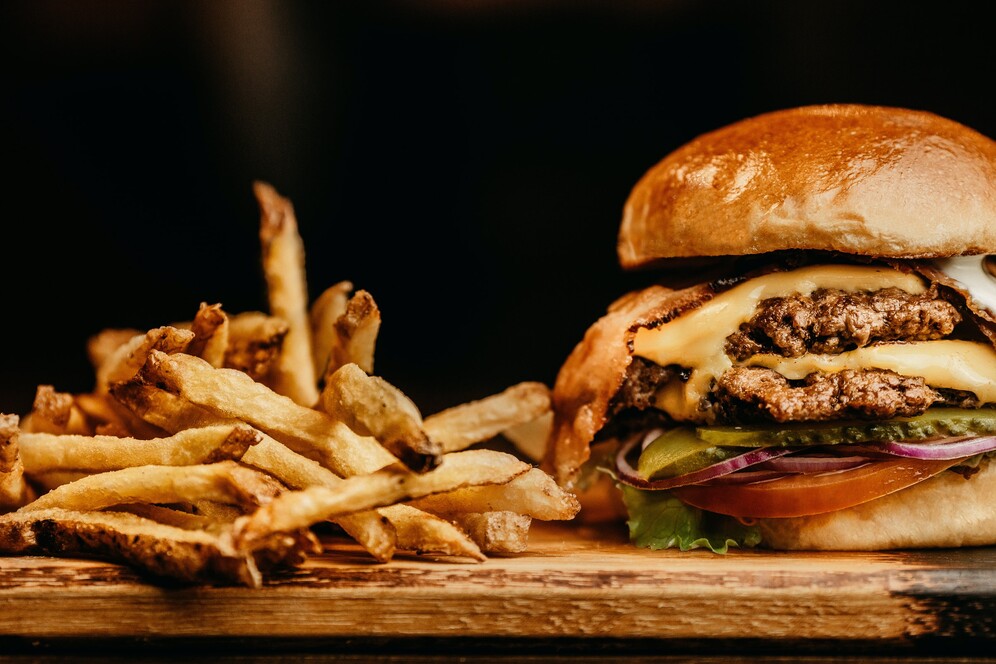 The scientists concluded that 98% of the national dietary manuals are either incompatible with a healthy lifestyle or in the long run, are dangerous to the environment/Jonathan Borba via Unsplash

Out of 85 countries, only two – Indonesia and Sierra-Leone – have come up with rules that are in sync with the Paris Agreement. Less than half of all the countries that have their national food regulations actually adhere to at least some of them, and none of the countries observe all of the rules. This happens  because the regulations haven't been updated for a long time, and many lack a sustainability component.

The regulations issued by the WHO  turned out to be similar to national guidelines. A more accurate version of the document published in 2019 by the ЕАТ-Lancet Commission, according to the scientists, is the most viable perspective to adopt in the future, though still needs a lot of work.

The diet proposed by EAT-Lancet Commission founded by The Lancet journal and Eat Forum aimed at responding to the question "Are we capable of feeding 10 billion people with healthy food?" Ten billion is the estimated population of the planet by 2050. The project also revealed how the agricultural sector would contribute to climate change, wildlife devastation and water pollution.

The Commission's calculations suggest keeping to this diet will prevent 11 million premature deaths related to unhealthy eating habits as well as avoid imminent environmental collapse. In other words, it will reduce the death rate by a third and drop greenhouse emissions by a quarter, thus meeting the Paris Agreement guidelines. The goal of this programme is to cut down on red meat, dairy and sugar consumption, at least doubling the amount of vegetables, whole grain and fruit in the daily ration/Brooke Lark via Unsplash

However,  Dr Sarah Berry, senior lecturer at King's College London, suggests the ЕАТ-Lancet diet seems to be the most promising both for nature and the people, but the standards it imposes are too high for most people to keep. The same opinion was voiced by Lukas Schwingshackl from the University of Freiburg. In his review  he notes that application of a diet proposed by EAT-Lancet Commission will be impossible to keep for people in low-income countries without significant economic growth and enhancing local food industries.

Dr Springmann is convinced the world is in need of food reform that would contain developments of modern science, including restrictions on meat and dairy, especially in areas where these food groups are heavily consumed, like the US.

In view of this, the European Commission presented a new food strategy "Farm to Fork", the key point of which was the transition of the European population to a "more plant-based" diet. It also mentions insects as one of the types of alternative proteins necessary for phasing out red meat. A student prepares mealworm quiches at the Rijn IJssel school for Chefs in Wageningen. Quiche with mealworms, springrolls with roasted grasshoppers and chocolate pralines with buffalo worms do not make ideal menu for housewarming parties, but in a few decades could be on dinner tables in many European countries as scientists seek ways to replace expensive meat/REUTERS by Jerry Lampen

Entomophagy, the inclusion of insects in the diet and eating of insects is practiced in Africa, China, New Zealand, South America, and Australia. Somewhere they are considered a delicacy, and somewhere edible insects are the main diet.

However, most European people aren't used to such delicacies, while for the Chinese, beetles and larvae can be a part of a regular meal. This, together with the gradual reduction of red meat consumption, is likely the things we need to get used to in the near future. 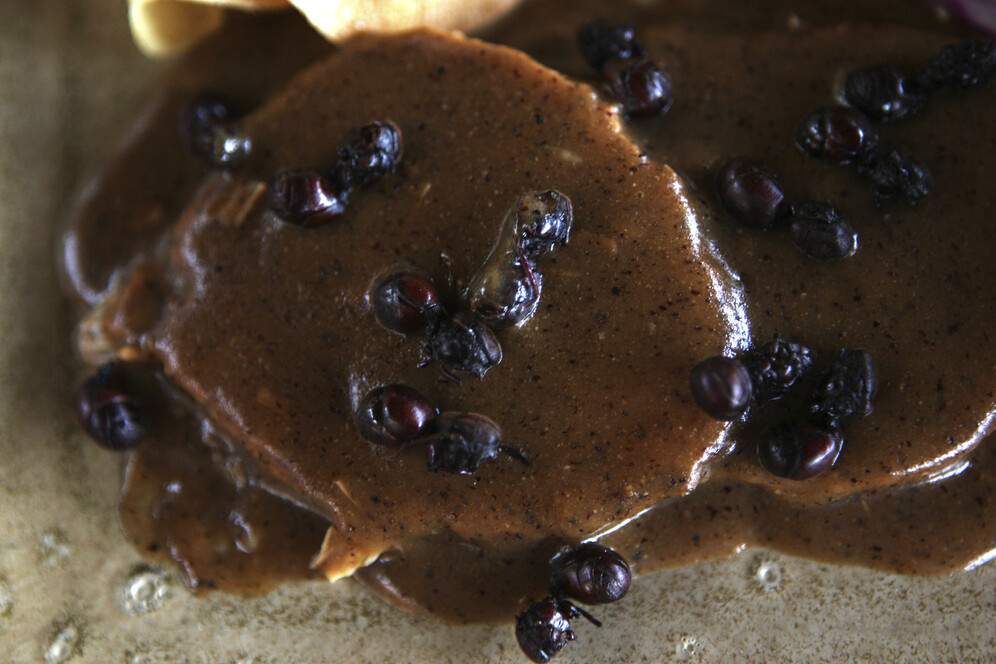 A typical dish in ant sauce is seen in the restaurant Color de Hormiga in Barichara. Every year during the April-June season thousands of Colombian farmers and inhabitants of Santander province collect ants culonas as part of a traditional ritual in the region. The ants are cooked and sold as exotic, specialized food/REUTERS by Jose Miguel Gomez

Meanwhile, according to scientists, insects contain a large amount of protein, calcium, iron, low-fat content and they are just as nutritious and useful as ordinary meat, but can be an effective method of fighting obesity and diseases associated with it.

This chart shows figures showing the protein and fat content in 100 grams of various edible insects, as well as in meat for comparison. Though meat contains more protein and fat, it is much more challenging to grow and process, than insects. Insects are cheaper and not much inferior to meat in terms of nutrients.

According to ecologists, the cultivation of insects causes much less damage to nature, compared to the cultivation of cattle. Nutritional composition, accessibility, and simple methods of growing insects can provide an alternative to food and help address food shortages in the future.