“We grew up playing in the woods at the back of our house” - Jane Gillis on why a forest makes the best school
Bubonic plague confirmed in China: Is the agent of the deadliest pandemics in history about to play another COVID on us?

In an attempt to find someone to blame for instigating the recent protests that swept all across the US, Donald Trump announced that he would designate Antifa a terrorist organisation.

The United States of America will be designating ANTIFA as a Terrorist Organization.

It's hard to tell whether he'd carry through with the threat, but ever since he posted the tweet, media and legal groups have been discussing if such a designation would violate the first amendment and be at all possible. The issue of whether Antifa plays a real or imagined role in stoking public sentiment and orchestrating violence and destruction has also got a lot of attention.

Antifa [ahn-TEE-fah], short for anti-fascists, is used as an umbrella term for a far-left movement opposing far-right ideologies represented by neo-Nazis, Boogaloo Bois, white supremacists, accelerationists and the like.

With ideas that can be traced back to interwar anti-fascists in Europe, the US-based Antifa is an amorphous anarchist movement with no united leadership or agenda. It takes an active part in protests against fascist and white supremacist groups. Still, its members – dressed in all-black and wearing face masks – often engage in militant anti-fascist acts that result in damaged property and physically harassed opponents. This is what they call "pre-emptive" self-defence, the logic behind it is that since fascists will use force against you eventually, you're justified in using it first. 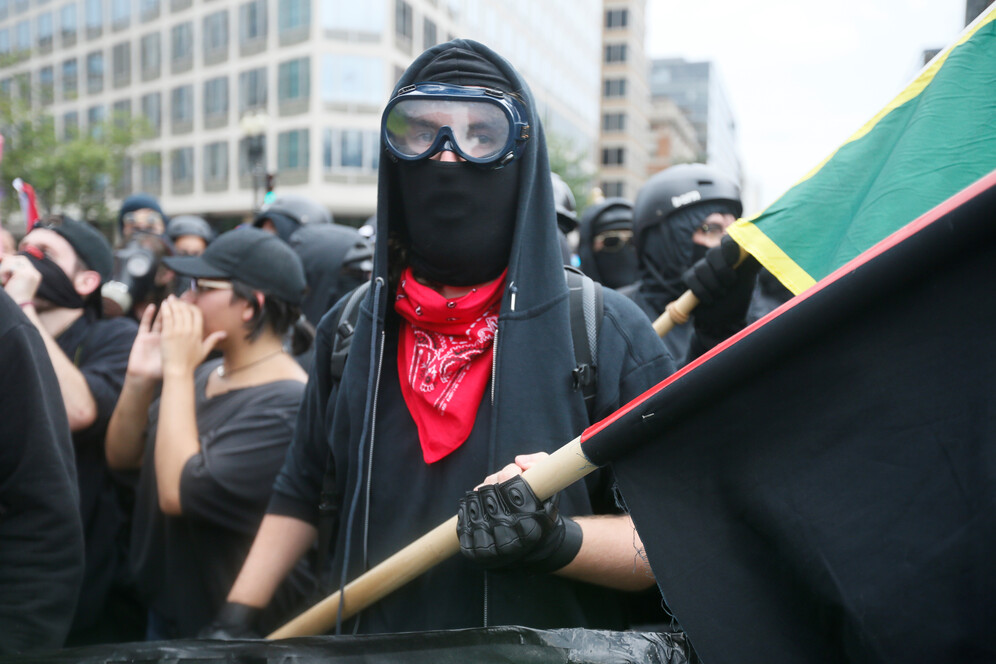 Antifa march during a rally, marking the one year anniversary of the 2017 Charlottesville ‘Unite the Right’ protests in Washington/REUTERS by Jim Bourg

None of the Antifa followers has, however, been accused of killing, unlike their right-wing counterparts who, according to the data presented by the CSIS, have committed numerous terrorist attacks in recent years, including a synagogue attack in Pittsburgh on October 27th, 2018. In 2017 there were 31 right-wing extremist attacks within the United States, which is higher than the number of attacks masterminded by Islamic extremists. However, none of these right-wing extremist groups has been called out by the president or designated terrorist organisations.

The American Antifa movement was inspired by the UK-based group, Anti-Fascist Action, who opposed neo-Nazi skinheads in the 1980s.

Until recently, the movement was relatively unknown to Americans. It made a name for itself during violent anti-capitalist marches, the protests during Trump's inauguration (remember a viral video of neo-Nazi Richard Spencer getting punched in the face by a black-clad activist), and several right-wing rallies, like the "Unite the Right" held in Charlottesville, Virginia, in 2017.

Although this badass anti-racist and anti-nationalist organisation does not rely on the justice system to confront the far right, internal FBI documents are entirely consistent in saying Antifa members weren't responsible for the unrest during the recent protests. The Washington Post reported in the wake of the demonstrations "roughly 80 federal charges, including murder and throwing Molotov cocktails at police vehicles, reveal no evidence of an Antifa plot."

Still, National Security Adviser Robert O'Brien in a recent appearance on CNN flatly declared violence "is being driven by Antifa". "…they did it in Seattle. They have done it in Portland. They have done it in Berkeley. This is a destructive force of radical <…> leftists. <…> they're militants who are coming in and burning our cities, and we're going to get to the bottom of it." O'Brien says that while he condemns "all extremists" left-wing radicals are the ones to blame for the violence.

#Antifa which #US President #Trump wants to designate as a terror group, has seized an area in #Seattle and declared it an "autonomous zone".

Interestingly, President Trump has been known to use the term "radical left" quite loosely, and at one time pretty much every one of his political opponents – from Nancy Pelosi to Joe Biden – were christened radical left.

The Radical Left is in total command & control of Facebook, Instagram, Twitter and Google. The Administration is working to remedy this illegal situation. Stay tuned, and send names & events. Thank you Michelle! https://t.co/ZQfcfD3Hk9

While traditionally the term is used to describe political views to the left of the mainstream democratic and liberal spectrum, Trump tends to use it to describe pretty much all Democrats and whoever he finds disagreeable.

Shortly after the threat to designate Antifa a terrorist group, on June 1st Trump tweeted the following: "I don't see any indication that there were any white supremest groups mixing in. This is an ANTIFA Organization. It seems that the first time we saw it in a major way was Occupy Wall Street. It's the same mindset." (spelling preserved).

It should be noted the United States has no list of domestic terrorist organisations, only a Foreign Terrorist Organizations (FTO) list. Hence, the Antifa designation raises a lot of questions regarding American counterterrorism laws, and in the absence of legal grounds, sounds like an empty threat. 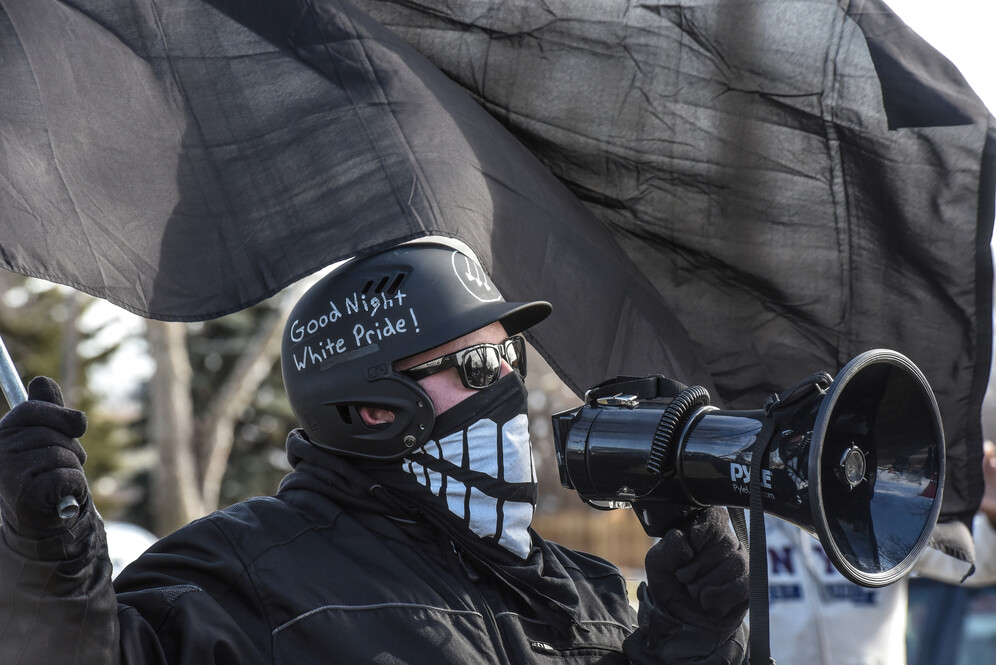 Members of the Great Lakes anti-fascist organization (Antifa) protest against the Alt-right outside a hotel in Warren, Michigan/REUTERS by Stephanie Keith

One can only guess why the American establishment has decided to scapegoat Antifa for the mayhem during George Floyd protests. Still, it looks like a clumsy attempt to distract the public from the underlying frustrations that triggered the demonstrations – namely, racial injustice and police brutality. Or else it could be a political move aiming to provide moral justification for a police crackdown on peaceful protesters.