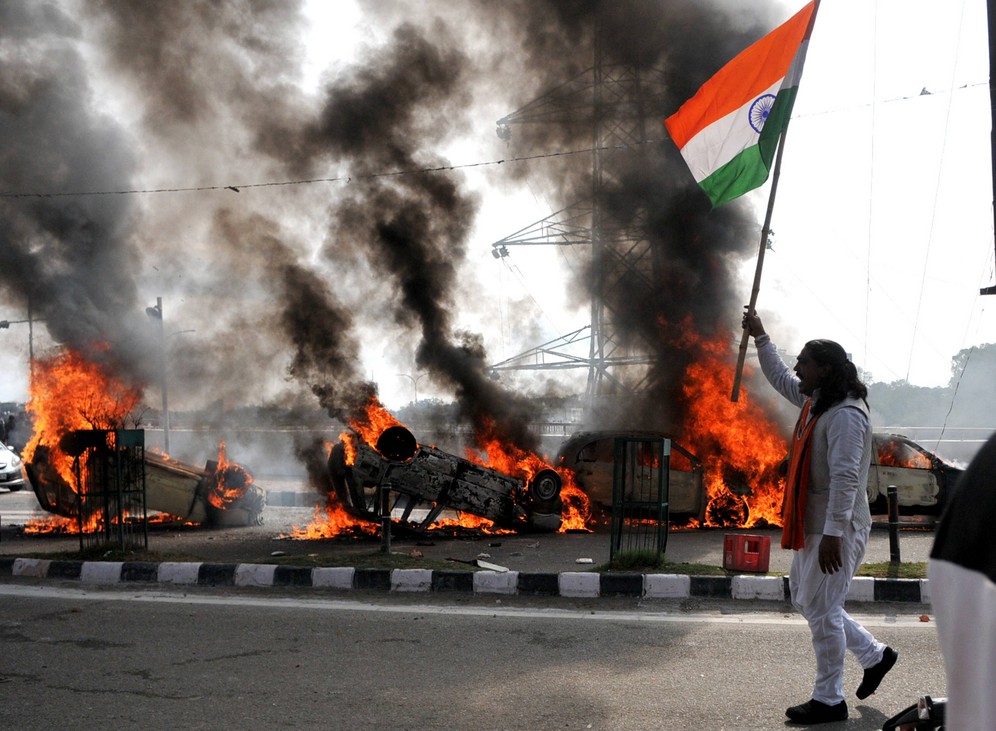 Vehicles go up in flames after scores of them were set ablaze by angry protesters demonstrating against the terror attack on an Indian paramilitary convoy in Kashmir, on February 15, 2019. © Hindustan Times / Global Look Press

When did the animosity start? 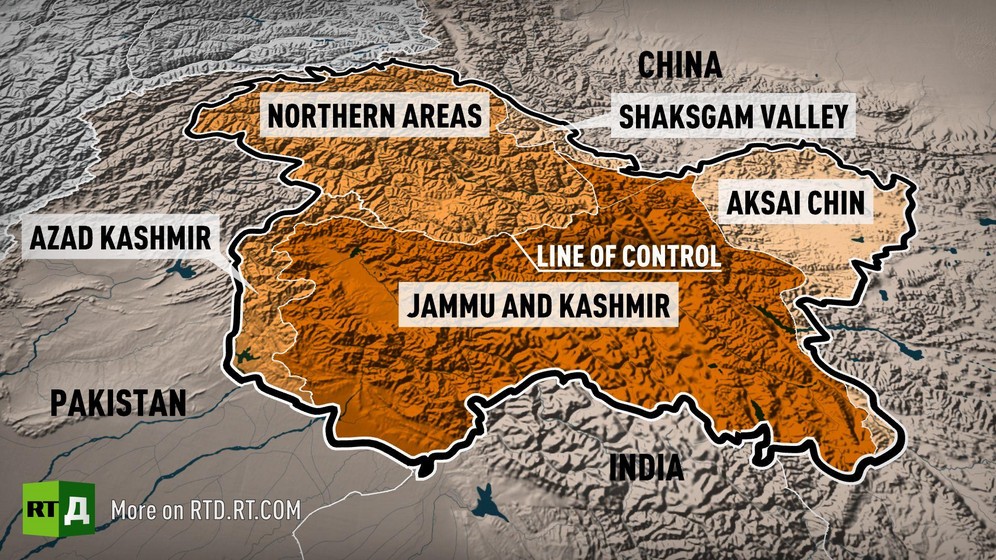 When Muslim tribesmen began incursions in to the Himalayan region, its ruler, a Hindu, decided to join India in exchange for military assistance from New Delhi. The decision sparked a two-year war that ended in a ceasefire along the Line of Control (LoC), which divided Kashmir in two and became a de-facto international border.

In 1965, India and Pakistan went to war again over Kashmir. The brief fighting cemented the division, with most of Kashmir held by India and about a third held by Pakistan. Both claim it in its entirety and see the parts administered by the other as occupied territories. New Delhi also claims Aksai Chin and the Shaksgam Valley, which are under Chinese control.

The war that followed in 1971 resulted in the creation of independent Bangladesh, formerly known as East Pakistan, and the signing of the Simla Agreement. It was the last time Indian warplanes crossed the border into Pakistan-controlled Kashmir, until the current escalation.

Since 1989, armed militant groups seeking either independence or union with Pakistan have been on the rise in Indian Kashmir. To contain the rebellion, India responded with a fierce and ongoing crackdown, in which some 70,000 people have died over the past decades. 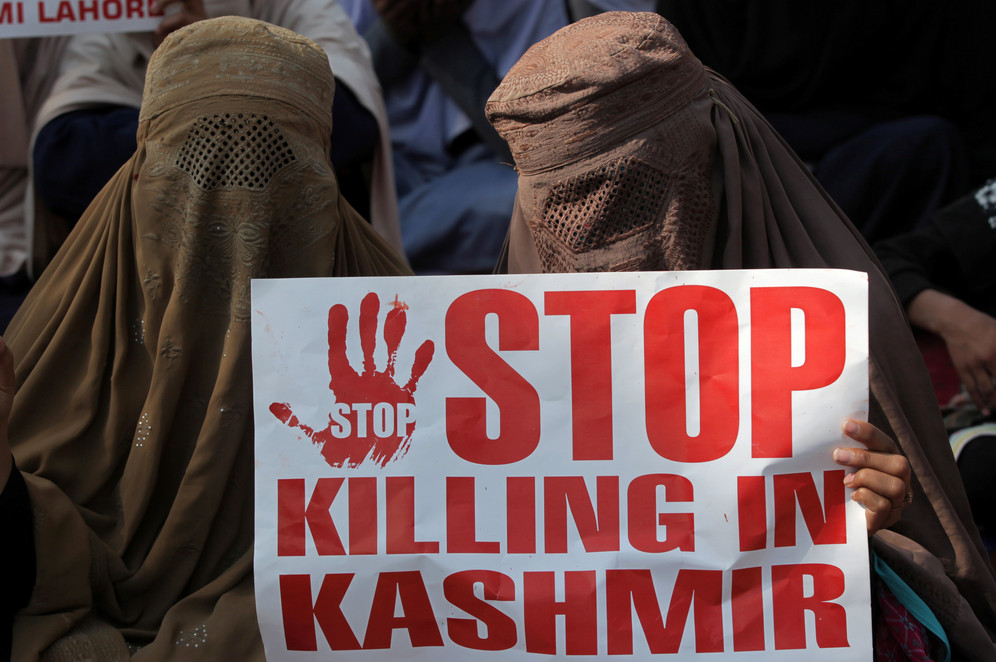 While Islamabad calls the insurgents freedom fighters, New Delhi views them as terrorists and accuses Pakistan of sponsoring militancy on its soil. Groups such as Jaish-e-Mohammed, Lashkar-e-Taiba, and Hizb-ul Mujahideen still remain active, and carry out attacks against Indian security forces.

By the time another brief conflict erupted in Kargil in 1999, both countries had already acquired nuclear weapons, setting off alarm bells within the international community. In 2000, US President Bill Clinton called the region “the most dangerous place in the world.”

With both countries believed to possess over 100 warheads each and missiles capable of delivering them, every significant escalation, such as the current crisis or the one after the 2008 attack in Mumbai, justifiably raises concerns of things turning nuclear.

However, neither side seems to be contemplating the nuclear strike option, viewing it as a form of deterrence. Pakistani Prime Minister Imran Khan said last month: "I ask India, with the weapons you have and the weapons we have, can we really afford such a miscalculation? If this escalates, things will no longer be in my control, or in Narendra Modi's."