Interview with Abu Shuja, the man who rescues ISIS captives 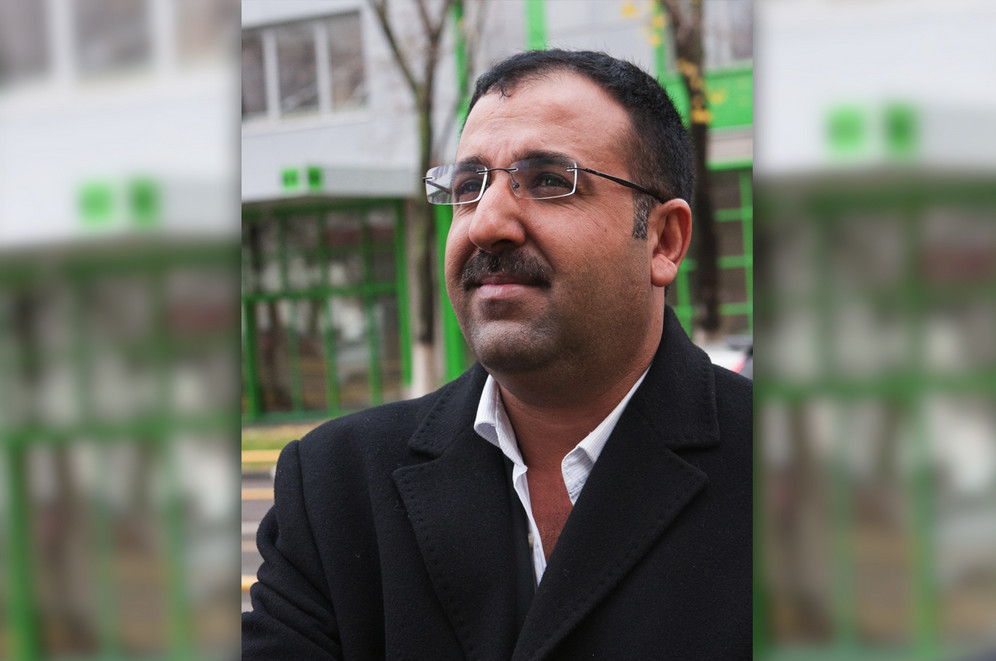 "Whatever is behind ISIS is more than the petro-dollar, they are well resourced and have modern weapons, they have a lot of support."

This week I had the rare privilege of meeting one of the subjects of an RT Documentary. It was one of the most humbling experiences of my life.  He used to make a living smuggling goods over borders in the Middle East but now he uses his skills and contacts to save lives; he has become the ultimate poacher turned gamekeeper.

Abu Shuja is a remarkably unassuming man, bespectacled, perhaps just a little overweight, and gently spoken and with a warm, firm handshake. He is the kind of man who thinks carefully before answering a question. If you spotted him in a crowded street, and if he stood out at all, well-dressed in a dark suit without being showy, you might take him for a schoolteacher or perhaps an accountant.

He is a Yazidi, an ethnic group about which the world knows very little and sadly seems to care even less. There are only around 400,000 of them in Iraq, and 10% of those have already fled. Thousands more have been captured by ISIS terrorists.

This unprovoked and brutal attack on a region that was mainly Yazidi but where Christians and Muslims also lived peacefully together is what prompted Abu Shuja to start a new line of work. “They were poor people, I couldn’t just stand back and watch, so I hurried to help”.

And help he does. At incalculable personal risk, he mobilises an enormous network of contacts and informants to penetrate ISIS-held territory and rescue women captured by the Islamic extremists. His story is now the subject of a major documentary film on RT, VIctims of ISIS.

“In September 2014, I had small cells of people helping me, they staked out the places where women were being held. We went into ISIS-controlled areas of Syria and found seven girls in Raqqa. They were in a house that we found was being held by Australian ISIS members. We planned their escape”.

He talks as though recalling a family day out, “We stole them from that house in our own way, our chance came while they (ISIS) were praying”.

He then describes transporting the rescued women on a circuitous three-day journey through safe houses and over borders until they were reunited with their parents in Iraqi Kurdistan. That was the first operation and, in just over a year, he and his network have successfully freed around 400 women from the torment of ISIS captivity. He takes not a penny for doing it and makes no distinction about who he rescues, “Jews, Muslims, Christians, we will save them all”. 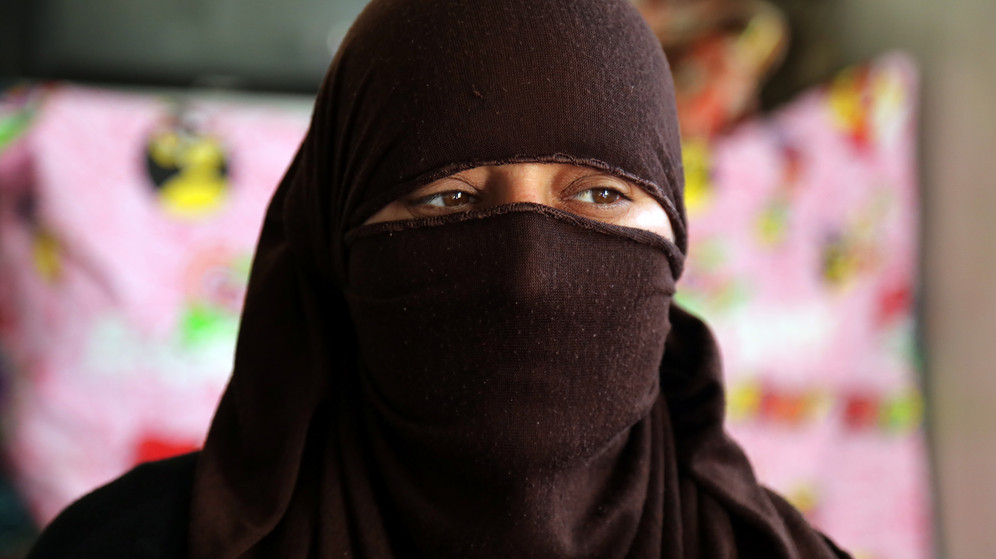 He has personally met many of the women whose rescue he has coordinated. They all tell the same harrowing stories of terror and depravity, “The first time they captured Sinjar, they took the women and children to Mosul. They shared out the women. Four hundred virgins were sent to Raqqa, others were spread around other towns”.

It would be a mercy if that was where their torment ended but when the women and girls reach whatever destination their captors decide for them, things get even worse. With more than a tinge of sadness in his eyes, Abu Shuja tells me, “They were all raped”.

Related: Her War, Women vs ISIS

“They are slaves, ISIS buy and sell them. After using them for sexual gratification, they sell them again. Not for money, just to get another girl”. The fate of a woman captured by ISIS is so horrific that many simply cannot face another day. They throw themselves off rooftops, some electrocute or drown themselves and others put a gun to their own head. Many of the captors now protect their “investments” from suicide by subduing them with drugs.

ISIS have set up schools for younger captured children to learn the Koran, where they doubtless undergo a process of indoctrination.  Older boys are sent to training camps to be taught how to fight. They are, Abu Shuja tells me, brutal places.

He is keenly aware of the risks involved in going up against the extremists and their so-called Islamic State, “Thirteen of my own men died saving women. They were beheaded”. Despite that, he is determined to go on, he will not stop until all the women captured by ISIS are free, “or until I’m dead”, he adds with a grim half-smile. Another two of his men were recently captured on a raid to rescue more women, and not for the first time. In the past he has sometimes been able to rescue his own operatives that have been taken prisoner but this time, he fears they too will soon be beheaded. The captors used the men’s own phones to make contact.

Sitting in a warm Moscow café, he calmly took a phone from his pocket and played me an audio clip. It was the most chilling recording I have ever heard.  I needed an interpreter to understand the words of the call that Abu had recorded but the casually maniacal tone was clear enough, “I have captured your men, you are dogs…” The interpreter spared me the details of what followed but the final message was unambiguous about what fate the caller had in store for Abu Shuja. 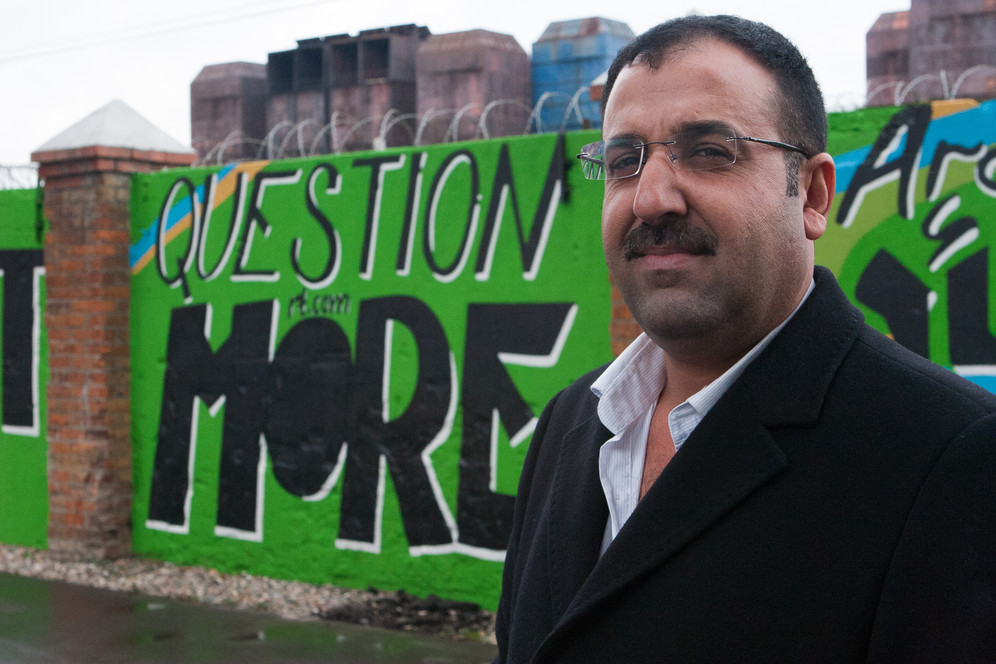 He has no illusions about where ISIS gets its people and supplies, “Belgians, Germans, British and Americans; people from all those countries go to join ISIS. Turkey provides an access point, a window for people and supplies to get to ISIS”.

“I am astonished that in the 21st century, a time of democracy, no one does anything”. He delicately avoids apportioning blame but merely shows his disappointment at a world that really doesn’t seem interested, “We depended on the United States for our safety; it's been a year since our people were captured. No one has done anything”.

Few people know ISIS and how they operate as well as Abu Shuja. ‘Know your enemy’ is an adage he’s taken to heart out of necessity, “There are people behind ISIS, supporting them, and the situation is much larger than people think”. He finds it hard to believe that ISIS has such advanced supply lines but that intelligence services seem powerless to do anything to stop them. Until now!

From his perspective, the international community has done little to undermine the advance of ISIS. As they seize town after town and push on, they demand forced conversion to their twisted brand of Islam. Slavery or death are the only alternatives. For him and his people, Russia’s airstrikes are a godsend, opening a window for him and his men to continue their mission. 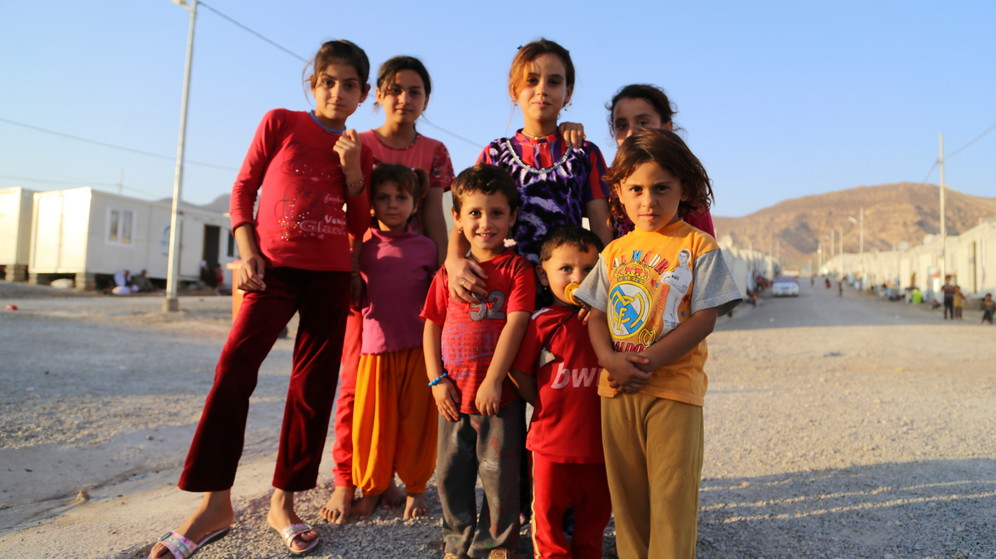 A shot taken during filming Victims of ISIS / RTD

“The Russian strikes caused a state of alarm for ISIS. They put out a call for everyone to take up arms and move, and that was a great opportunity for us to rescue lots more women.”  The distraction was what Abu Shuja and his people needed to step up their operations and extract even more women, while ISIS militants focussed on regrouping as bombs took out one hideout after another.

He has lived through the worst of times, which until recently have shown no signs of abating. On the subject of airstrikes, he speaks with quiet and disappointed resignation. With no malice he simply tells me, “Russian targeting was very accurate while American airstrikes mostly killed civilians”.

He has taken on a seemingly impossible task but not a thankless one. Each of the 400 or more women that he and his network have saved will be grateful to their dying day, as will their families. For him, though, the knowledge that he has saved them, irrespective of their race or creed, is thanks enough. No one should ever have to live through that kind of degradation.

Russian intervention in Syria increasingly undermines and weakens ISIS but they still have the ability to scare Abu Shuja, “It was terrifying at first but what I most fear now is what's behind me, the ‘lone wolves’ or sleeping cells, there are many all over the area”. He knows that however many fighters there are, others remain hidden, ready to break cover and follow orders when called.

He and the women he hopes to save don’t really care much for geopolitics. They know only that their once peaceful lives are in tatters and that putting them back together again will be a long and painful process when, and if, ISIS is defeated.

He is grateful to the Russian government for taking a real stand against ISIS. Soundbite condemnation is not enough, “I hope they (Russia) continue to strike the bastards and I am sure in a few months, there will be no more ISIS.”

Abu Shuja has no expectations of recognition but he does have a message for the West, “They (ISIS) took our honour, our lives and our souls. We beg people (around the world) to ask their governments to join Russia in defeating ISIS. They are not human”.