Russia is famous for its tanks. Many legendary Russian tanks, such as the T-72 and its more modern reincarnation, the T-90, were born at Uralvagonzavod  , the world’s largest factory, in Nizhny Tagil, the heart of Russia’s defense industry. Its latest creation, the revolutionary T-14 Armata, was unveiled just last year. 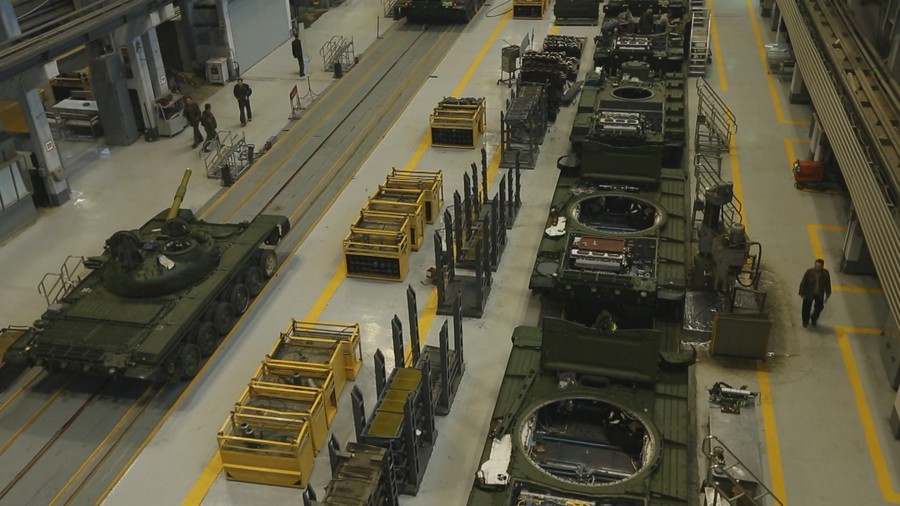 The next-generation T-14 Armata, officially presented at Moscow’s 2015 Victory Day parade, is the first of Russian tanks developed entirely in the post-Soviet era, with certain crucial elements, such as the armor and turrets, designed from scratch. The Russian military has signed a deal for a pilot batch of 100, but will soon start receiving more than a 500 a year, with the eventual order expected to top out at 2,300 – more than two-thirds of its armor capability.

A new Russian tank dubbed the Armata T-14 with a new fully automated, unmanned turret providing better protection for its crew is making waves in military circles. Currently equipped with a 125mm cannon, it will later be fitted with a 152mm version capable of burning through a meter of steel. The Russian tanks   will eventually be part of a network including drones, electronic countermeasure systems, and targeting devices. The T-14 will ultimately be completely automated, making it capable of being operated on the battlefield with only a remote control. 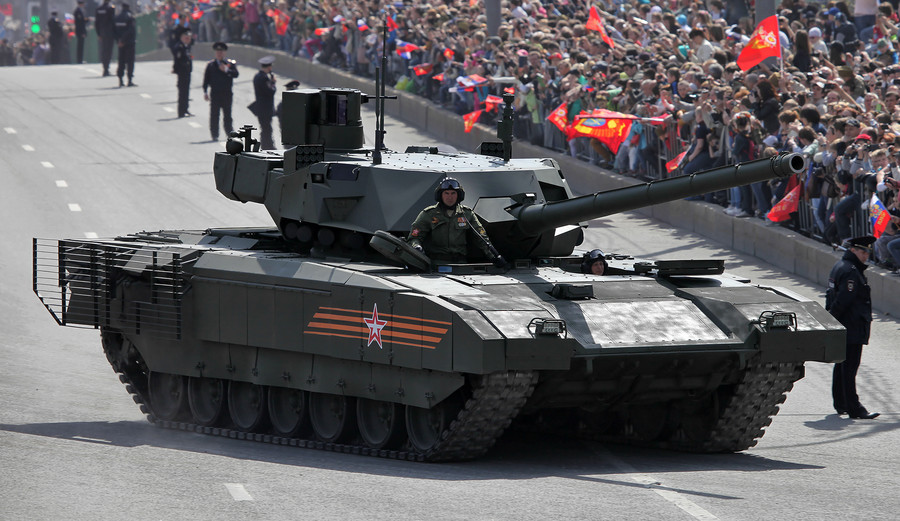 Though the headline for Russian tanks 2016 was the debut of the T-14 Armata, Russia’s military also announced some other interesting projects. While not exactly Russian tanks, tracked robotic-combat systems appear poised to play a major role in Russia’s future defense strategy. These include the Uran-9 equipped with a 30mm cannon and supersonic guided missiles, as well as the lighter Soratnik fitted with a 30mm grenade launcher or even Kornet-EM anti-tank rockets, which can operate 10 days in stand-by mode and detect and destroy targets up to 2,500 meters away.

Soviet heavy tanks were famous for their armor. In the early part of WWII, even one KV tank with infantry support could halt an attack.  The KV series was succeeded by the IS series named after Joseph Stalin, though the last in that line, the IS-10, was renamed the T-10 after his death in the spirit of de-Stalinization. The T-10 was also the USSR’s last truly heavy tank, as lighter more mobile Russian tanks proved more effective, and production shifted to main battle tanks  , such as the T54/55, T-62, T-64, T-72 and, ultimately, the T-90. 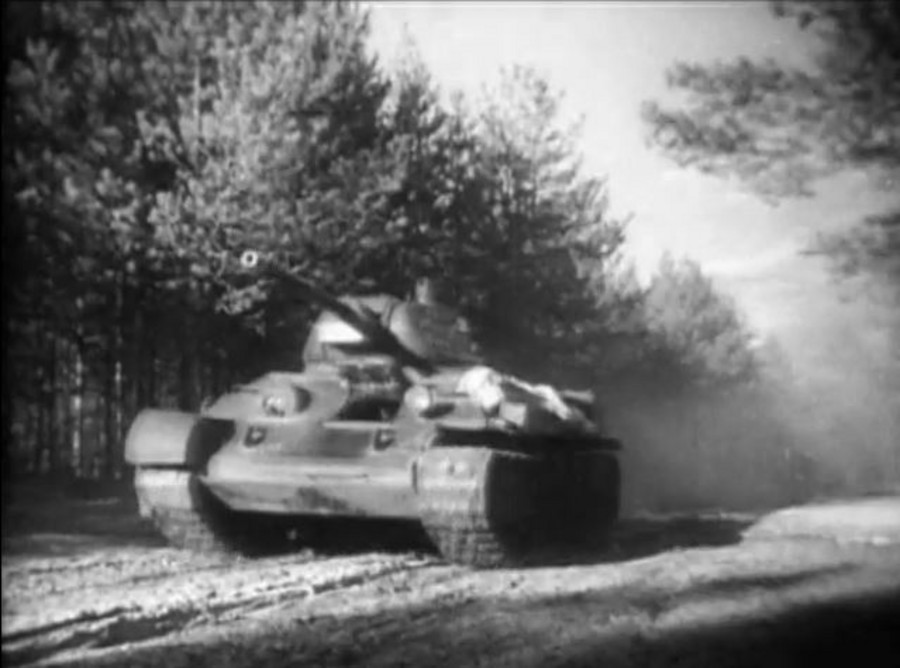 Looking at the most modern Russian tanks vs American tanks, the Armata T-14 is lighter and 20 km/h faster than the US’ mainstay Abrams M1A2, with a top speed of up to 90 km/h. It also has a lower profile and, possibly, a better gun. On the other hand, the reliable, battle-tested Abrams is thought to have better armor and is still being upgraded. Though by far the most expensive of Russian tanks, the T-14 is cheaper than the M1A2. However, a new modernized version of Russia’s T-90 main battle tank will share many of the Armata’s features at a much lower cost.

The 3rd generation T-90 Russian tank was designed as a single replacement for the T-64, T-72, and T-80 main battle tanks, taking advantage of the T-72’s cost-effectiveness and simplicity, while incorporating many features on the T-80. Until the T-14 Armata appeared in 2016, it was the most advanced of Russian tanks, with a 3-tier protection system that can thwart guided missiles. Witnesses reported a T-90 in Dagestan sustaining 7 RPG hits and remaining in action, while a T-90 in Syria can be seen in a video surviving a direct frontal hit from an anti-tank missile.

The Russian T-72 tank was developed by UralVagonZavod   in Nizny Tagil as a successor to the USSR’s T-64 tank, which, though lighter, had problems with its complex 5TDF engine, which was unreliable and difficult to repair. The 2nd generation T-72 used the simpler V-45 engine, which was more durable and cost half as much. Put into service in 1973, it became the most widely produced of Russian tanks and the most common in the Warsaw Pact. With over 30,000 built, the T-72 is still produced and used today. It has seen service in 44 countries. 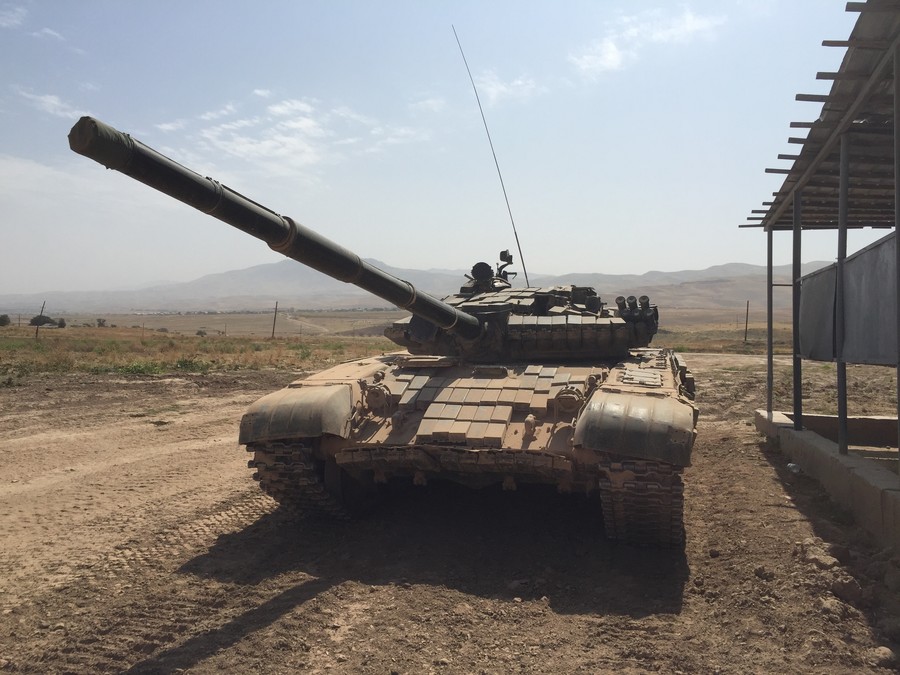 To learn more about how Russian Tanks are built, check out Tanks: Born in Russia