Sanctuary City, USA: Safe haven or shelter from justice?
Death from ignorance: Is the anti-vaxxer movement the world’s new normal?

Who is Dan Brouillette, the nominee for US Energy Secretary, and why is he important?

On 8 November, as announced in mid-October, President Trump nominated Dan Brouillette, as the next US Energy Secretary. If, as expected, he is confirmed by the Senate, Dan Brouillette, will take over from the current post holder, Rick Perry, who will stand down on 1 December. The brief covers some very sensitive topics in international relations, from nuclear weapons to “energy security” for America’s partners, and even cyberwarfare. So, is Dan Brouillette a safe pair of hands?

Thank you President @realDonaldTrump for nominating me to be your next @Energy Secretary. I’m grateful for the opportunity to serve in your cabinet and I am ready to get to work. pic.twitter.com/agyEJzXF6K

Unlike Secretary Perry, a former governor of Texas and past Presidential contender against Donald Trump in the 2016 Republican primaries, Dan Brouillette, until now the Deputy Energy Secretary, keeps a low profile and has cemented a non-ideological reputation. This may seem surprising, as he has spent much of his career in Washington, orbiting the government.

After studying at the University of Maryland and serving in the US Army from 1982-1987, father-of-nine Brouillette worked for Louisiana Representative, Billy Tauzin, a Democrat who turned Republican in the 1990s. He started as an intern and moved up to legislative director. He joined the lobbying firm R. Duffy Wall & Associates in 1997. His first experience of the Department of Energy was from 2001-2003 as assistant secretary for Congress and Inter-governmental affairs. In 2003-2004 he worked as Billy Tauzin’s staff director on the House Energy and Commerce committee. Dan Brouillette re-joined the private sector in 2004 when he joined Ford as Vice President for Washington Affairs.

Most of these seats at @EnergyGOP hearing were for @ENERGY deputy secretary nom Dan Brouillette's 9 kids and family pic.twitter.com/Ihc9XZKtpT

Brouillette is a native of Louisiana and grew up in a bayou where “there’s probably more alligators than people”, as quoted by the Houston Chronicle. That may explain why he is unfazed by accusations of belonging to the Washington “swamp” that candidate Trump promised to drain. “It is what it is. I'm not embarrassed by my history," he told the Houston Chronicle in 2017. "There's also value in understanding government and how it works. To take the absolutist view that in order to serve, you have to have never served, to me is a bit far", he argued. 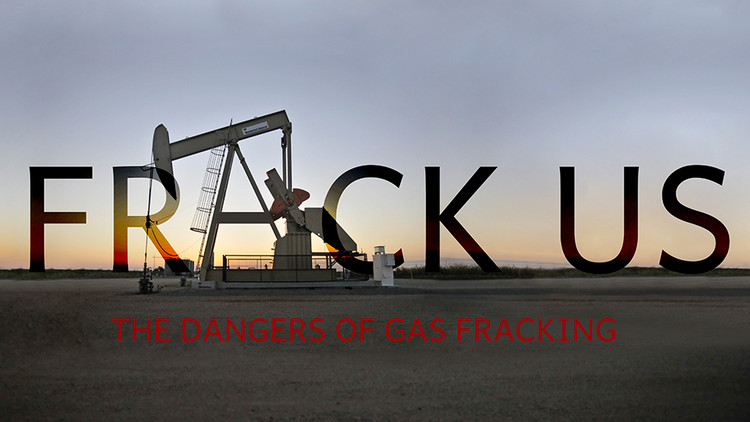 FRACK US. The dangers of gas fracking

In the cut-throat world of bitterly polarized and partisan US politics, Brouillette projects a genial image. He has the reputation of a man who can reach across the aisle to get deals done. The best-known example being the Energy bill that he almost steered through Congress in the early Bush years. "There was a failure to get an energy bill done, so I brought [Brouillette] in, and he turned it around in a heartbeat," Tauzin said. "He took it on like he was drilling a bunch of young recruits and worked everyone to death until we got the job done."

Dan Brouillette became close to Rick Perry in 2006 when he moved to San Antonio, Texas, to build up lobbying and PR operations as Senior Vice-President at the United Service Automobile Association, a car insurance company for veterans. He helped Perry with his 2012 presidential campaign.

America's foreign policy choices are affected by our new position in the energy marketplace. Energy independence provides a freedom we've never seen before, and our goal is to bring this same sense of freedom to our allies around the world. https://t.co/LGrx944E2O

When Donald Trump was elected, the lobbyist followed Perry to Washington as his number 2 at the Energy Department. “He knows how to work the department from all angles and is an effective manager,” gushed Joe McMonigle, a former DOE chief of staff in George W. Bush's administration. “Dan is really not going to miss a beat”, he added when news of Brouillette’s elevation was first made public on 18 October 2019.

His nomination appears to continue a trend for Trump to replace his initial appointments of politicians as Secretaries with their deputies, whose legitimacy stems from professional experience in the relevant policy area. During his stint as Deputy Secretary, Dan Brouillette travelled widely to promote Donald Trump’s vision for energy, or “energy dominance”. It was seen both as a means to jump-start economic growth, domestically, for instance by favouring coal to revive mining communities and trying to sell more oil and gas abroad, and to further the United States’ foreign policy agenda.

It has been the opportunity of a lifetime to serve as Secretary of @Energy. I have the utmost confidence the Department of Energy will continue to thrive under @EnergyDepSec Dan Brouillette. pic.twitter.com/UfoP1kGLGp

The Department of Energy’s brief includes sensitive policy areas; it is responsible for the US's nuclear weapons, including their renewal. It's also involved in non-proliferation through its semi-autonomous National Nuclear Security Administration. Secretary Perry and his deputy have also had a hand in Middle Eastern nuclear issues, negotiating with Saudi Arabia over its nuclear power plans and supervising the US embargo on Iranian oil as part of the sanctions against Tehran’s nuclear programme.

They have also attempted to pursue Donald Trump’s plan to persuade, through various means, other countries to switch from cheaper Russian gas to American LNG. “We had a series of meetings earlier this year and late last year with the Germans in particular about what we feel is overdependence on gas problem and the Russians” (sic), Dan Brouillette told talk show host Hugh Hewitt in September 2019.

The U.S. remains concerned about Europe’s reliance on an aggressive, single-supplier of natural gas – Russia. @ENERGY is committed to helping our allies diversify their gas supplies. https://t.co/hfVc6cneFT

The Energy department’s remit also covers artificial intelligence. It is supposed to keep an eye on cyber-attacks. It is therefore likely to get dragged into the debate over foreign intervention in the next presidential election, an issue Secretary Perry has been asked about.

Donald Trump has been attacked for his withdrawal from the Paris Climate Agreement, and his scepticism, if not outright denial, of climate change. Instead of moving away from fossil fuel, he has opted for a pragmatic “all of the above” energy policy. This involves reviving the coal industry, changing the rules on baseloads to make nuclear power economically viable, rolling back environmental regulations as well as developing renewable energy projects. Dan Brouillette’s role as Deputy Secretary was to work behind the scenes to ensure the vision came to life, and he can be expected to continue to promote it as the new Energy Secretary. Whether his effectiveness as a manager and negotiator is good, or bad, news rather depends on how you feel about Donald Trump’s foreign and domestic energy agendas.