PESTICIDE US: The story of one controversial chemical
US wildfires: The burning issue

Reality tunnel: How social media controls our lives and forces us further apart

Netflix’s recent release, The Social Dilemma documentary by Jeff Orlowski, reveals what we believe to be social media bugs, is the essence of this virtual reality. It has become an integral part of the environment we live in, sometimes even more than real-life. No wonder social networks have become a coveted prize for corporations. So how do internet algorithms manipulate our behaviour to sell to advertisers, and how does the tunnel reality we live in affect society?

The world wide web was created in the 1990s as a service for everyone and, thus, serving the idea of equality. While online services were left free, technology entrepreneurs earned large sums of money from advertising. The rise of social media has transformed the role of technology corporations. In exchange for free online services, users now have to watch ads, and also, they may become test subjects for a variety of emerging behaviour management systems. 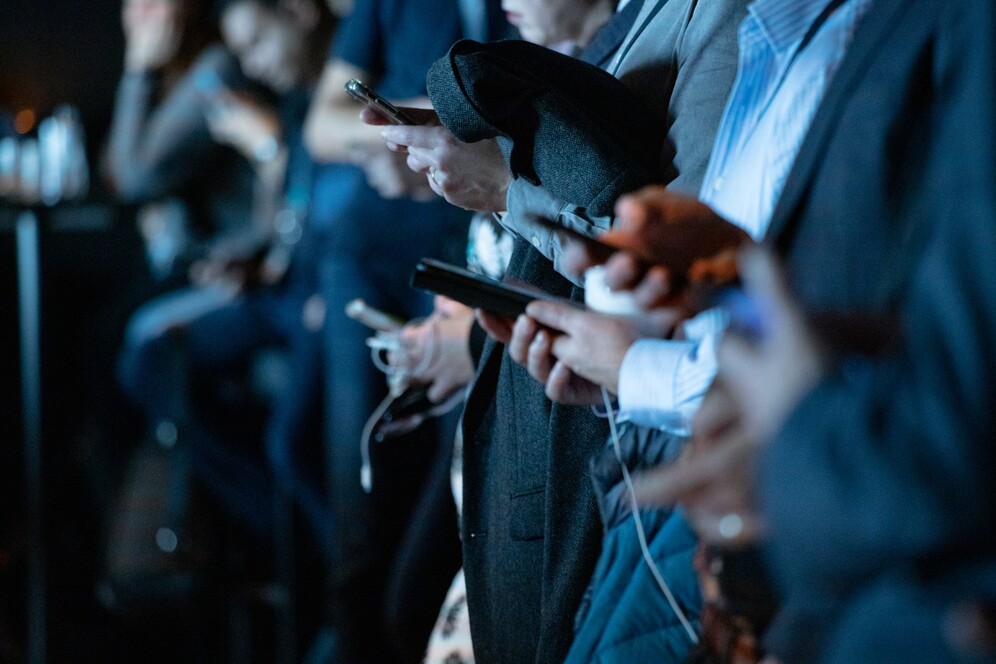 Although it’s impossible to deny the internet and social media have created wonderful things — families have been reunited, the process of finding donor organs for transplantation has been facilitated... Nonetheless, every coin has two sides/Camilo Jimenez via Unsplash

Nowadays, activity on the internet is virtually impossible without a hidden hand that guides you through the world wide web and takes part in all the interactions you may have there.

Corporations like Google and Facebook are just as powerful — and even superior to, governments in their ability to influence people’s minds.

These corporations can no longer be destroyed by market competition: Facebook has already learned to “hack” people’s emotions and manipulate opinions — so users cannot be persuaded to switch to another social network. 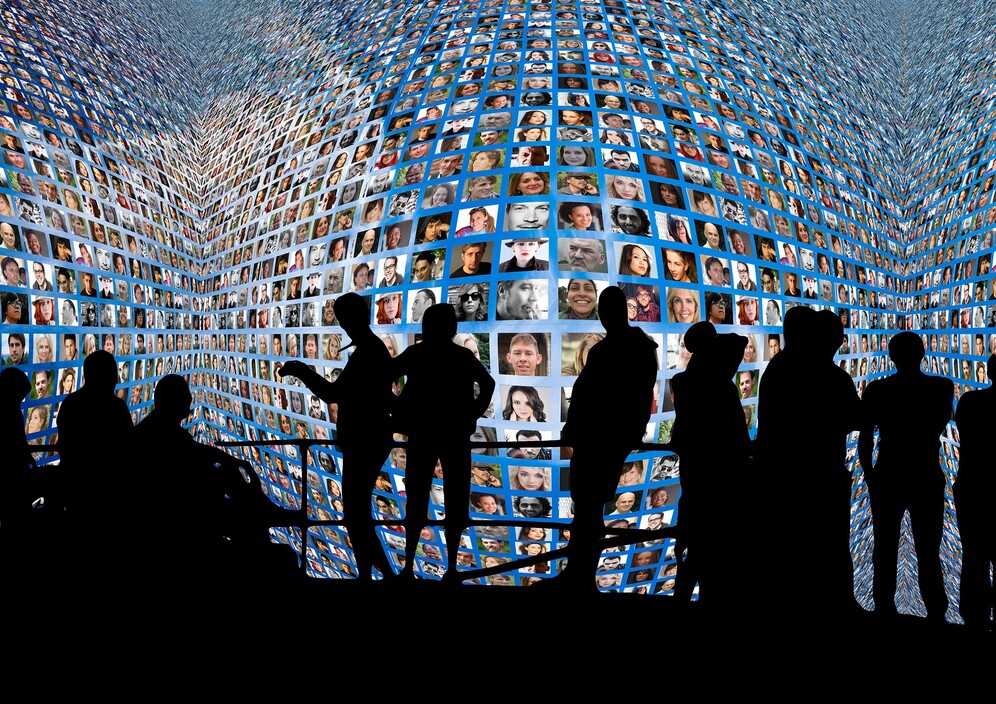 Israeli thinker Yuval Harari argues we live in the era of digital fascism when the technological tycoons can force or even convince users to give up their values (for example, privacy) to obtain even more benefits for the corporations/Gerd Altmann via Pixabay

It turns out that internet giants (primarily Google and Facebook, which together control more than half of the internet advertising market) are always collecting vast amounts of data about their users. They become our “best friends” who are continuously interested in what we do and never annoy us with their problems. After collecting the information, they come up with useful advice as to which news to pay attention to, which movie to watch and which book to read.

So why do Google and Facebook care so much about us?

Internet giants sell our attention to companies that produce goods and services (from clothing and food to politics). Collecting information about someone’s interests allows Google and Facebook to hang hundreds of virtual tags to each user (like “BMW lover”, “heavy eater” or “unemployed”). Those tags help advertisers to distinguish their potential prey from the faceless internet crowd.

By engaging in virtually any kind of activity on the net, we give corporations access to our eyes and ears — they analyse our perception of the world, our likes and dislikes. In return, they give us a virtual version of the world, tailored to us in such a way as to hold our attention as long as possible. Thus, our feeds present only the information which is most relevant to us. “Now a squirrel dying near your house is more interesting to you than people dying in Africa,” Mark Zuckerberg says about this phenomenon.

Machines form our personality image based on a set of actions we have performed and then build a so-called filter bubble around us. The filter bubble determines what the virtual reality you see will look like/Gerd Altmann via Pixabay

Algorithms tend to evaluate our virtual personality based on where we go, what we are interested in, what we buy. This data forms our digital footprint, which we leave behind all over the internet. IT giants use our footprint to keep our attention and increase the time spent on their services and applications, where they bombard us with targeted ads and any other information they need.

Have you ever seen a friend post a screenshot with a search box with the words “how to do it” and nonsense things like “how to make it stand for five hours” or “how fat a person needs to be in order to become ball-proof”? Such people are trying to make fun of Google, but they are laughing at themselves and their digital footprint.

Filtering based on our digital footprint and history, the internet world we interact with turns into a so-called “echo chamber”, which surrounds us with our views and opinions.

We see only things we agree with, that we like or that we could buy and, as a result, we find ourselves in the so-called reality tunnel — a concept borrowed from medicine. Tunnel vision is a disease in which a person loses the ability of peripheral vision and sees only a narrow strip of his or her surroundings. The reality tunnel is that narrow spectrum of information we see, being inside the personified virtual reality. As a result, we stop perceiving the complexity of the world; our vision becomes reduced to this reality formed by the web. According to Demos think-tank researcher Alex Krasodomski-Jones, the existence of echo-chambers undermines the fundamental principles of democracy — the idea of a compromise between opposing viewpoints and the active search of the truth. 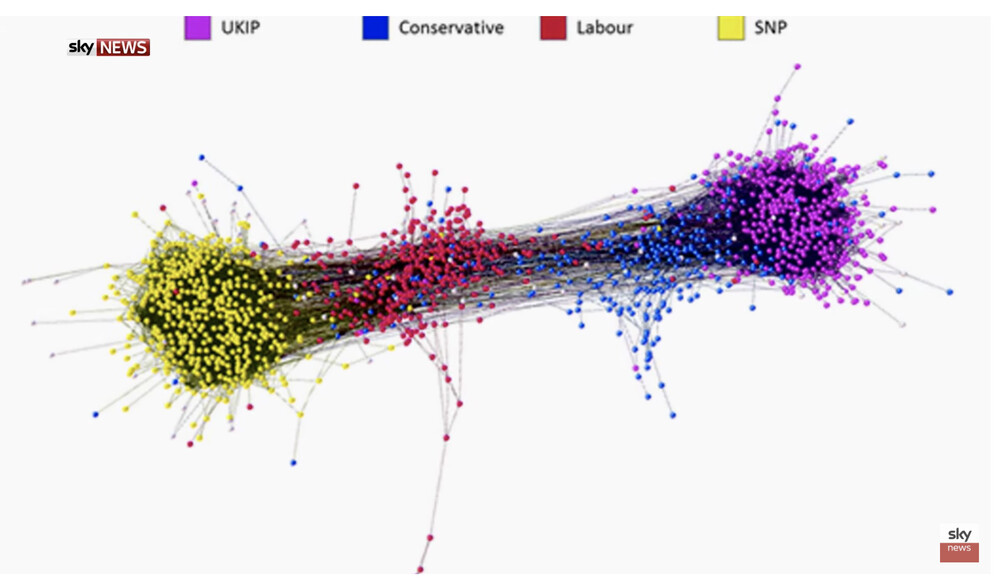 This scheme illustrates the echo chamber principle in social media on the followers of British political parties. Those in the middle of the political spectrum tend to interact with users holding other opinions (their dots overlap). But the further away you go from the center, the less likely you are to encounter different views (the dots form self-contained clusters). Thus occurs even greater radicalisation of already radical viewpoints./SkyNews screenshot

Another problem here is that after entering the reality tunnel, we get stuck in a vicious circle: our past choices affect what we see now, and what we see directly influences our future choices.

Roughly speaking, if we somehow fall into the “dumb” category, we will get dumber, as we will be surrounded by dumb content — it’s like the bad company in high school, but this one you can’t escape.

It is widely believed the internet has contributed to globalisation — the process meant to blur the borders among countries and connect people all over the world. Although the positive impact of the world wide web on communication is immense, it’s effect on individual mental health and perception of reality is quite dubious. Filter bubbles make everyone isolated from the rest of the world. This results in a loneliness pandemic among people of all ages, which may be a factor leading to depression and/or anxiety. In addition, being exposed continuously to the personified web reality, we lose the ability to imagine how others see the world — the ability, which is considered one of the characteristics of common sense. This, in turn, makes us more radical in the opinions we hold.

Recently we’ve seen the radicalisation of liberalism and conservatism and the rise of nationalism and sexism. The radicalisation of opinions largely rests on the fundamental algorithms of social media: they tag people with labels and “feed” them with the content that ticks them off the most. The omnipresent web guiding force analyses those reactions using algorithms looking for sets of keywords.

The #metoo and the #blacklivesmatter movements have demonstrated how social media can intensify the already existing confrontation in society. The net algorithms would scrutinise activist posts in support of #metoo or #blacklivesmatter and then promote those materials to users inclined to patriarchal and nationalist values. To achieve maximum involvement, the latter would be “fed” with the most provocative materials. As a result, even users that up to this point were pretty neutral, began to speak out and show their resentment — thus, Facebook has managed to wake up the racism or sexism that was dormant in their hearts and minds.

The Big Brother is back, but now he obviously thinks that merely watching is not enough.