Life in the Trash: The World’s Most Dangerous Dumps
The Green Push and the Cobalt Rush: Does Child Labour power your Tesla?

Facebook, which is now part of the new holding company called Meta, has struggled to clamp down on content related to what it calls domestic servitude, or “a form of trafficking of people for the purpose of working inside private homes through the use of force, fraud, coercion or deception,” according to internal documents. Numerous journalistic investigations reveal that the social media giant has known about human trafficking using its platforms since 2018. However, Meta’s recent report shows serious concerns remain. RT Documentary sheds light on the scale of modern human trafficking and tells you how it works. To learn more about the dark side of social media, tune in to the premiere of the eighth episode of I Am Hacked tomorrow! Today, the slave trade is experiencing a renaissance / Getty Images

The slave trade is often associated with the colonial era, a part of a distant past. However, journalistic investigations and human rights organisations testify the opposite. In the 21st century, human trafficking is experiencing a renaissance; the main driver is not racial prejudice but social networks and dating sites.

Human trafficking is a fairly broad concept. It implies the purchase and sale of people, including minors, for various purposes, including sexual slavery, organ trafficking, surrogacy, forced marriage, low-paid labour. The victims of human trafficking find themselves at the mercy of their “buyer” and are forced to do any work they are ordered to do. 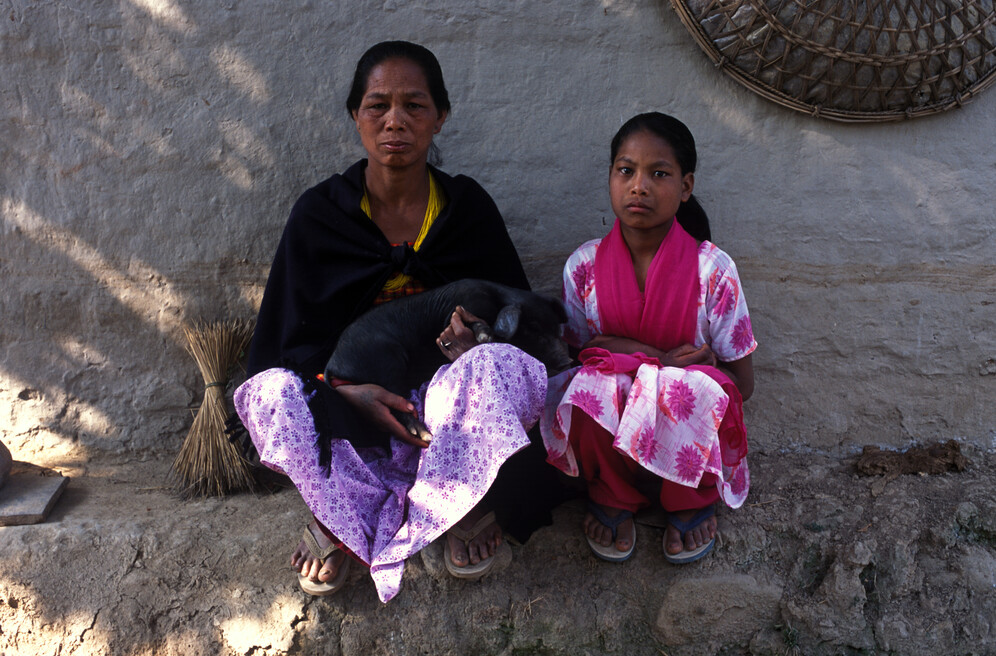 Rama Chandari, a former Kamlari (bonded labourer), sits with her mother - who holds the pig traded for her release / Getty Images

The work can be diverse: from making clothes or extracting minerals to produce batteries for smartphones, or cosmetics, to building facilities for international sporting events.

According to the International Labour Organisation, there are more enslaved people in the world today than at any time in human history. About 40 million people could have been victims of slavery in 2016. Twenty-five million of them were engaged in slave labour under the threat of torture or death, and the remaining 15 million were forced to marry against their will. To compare, the UN estimates 12.5 to 17 million people suffered during the 400 years of Transatlantic slavery.

On Sunday's Abolition of Slavery Day & every day, help them reclaim their freedom & dignity: https://t.co/WGSzdvfw0p via @ilo pic.twitter.com/nIecUfTGsM

The majority of today’s slaves, as much as 70%, are women and underage girls. Every fourth victim of slavery is a child. Approximately half of all cases are based on “debt bondage”. People are forced to work against their will to repay a loan from private individuals.

The modern slave trade is very different from what it was in the past. It is now globalised as every continent is more or less involved in the global human trafficking industry. According to the Global Slavery Index, the slave trade exists in Mauritania, France, Canada, North Korea, Afghanistan, Australia, Norway, Chile and many other countries.

The Worldwide Web has made a slaver’s life much easier by simplifying finding victims. According to the American Bar Association, exploiters usually create special accounts in social networks, including Facebook and MySpace, or dating sites. They enter into close communication with the potential victim to win their trust. Scammers then promise to make the victim rich, help them move abroad, and get a job in a big city.

According to the Human Trafficking Institute, a human rights activist organisation, 59% of online recruitment in sex trafficking cases in the US in 2019 – 2020 took place on Facebook. As a result, adults and children become victims of human trafficking, the prevalent form of slavery being sex exploitation. Instagram, WeChat and Snapchat were also named by activists, among other services where the search for potential slaves takes place.

If the victim makes contact, a personal meeting is arranged. This is when all the promises turn into threats. The exploited person is usually deprived of contact with family and friends and falls into the full power of the slaver, who can dispose of them as if they were a thing. 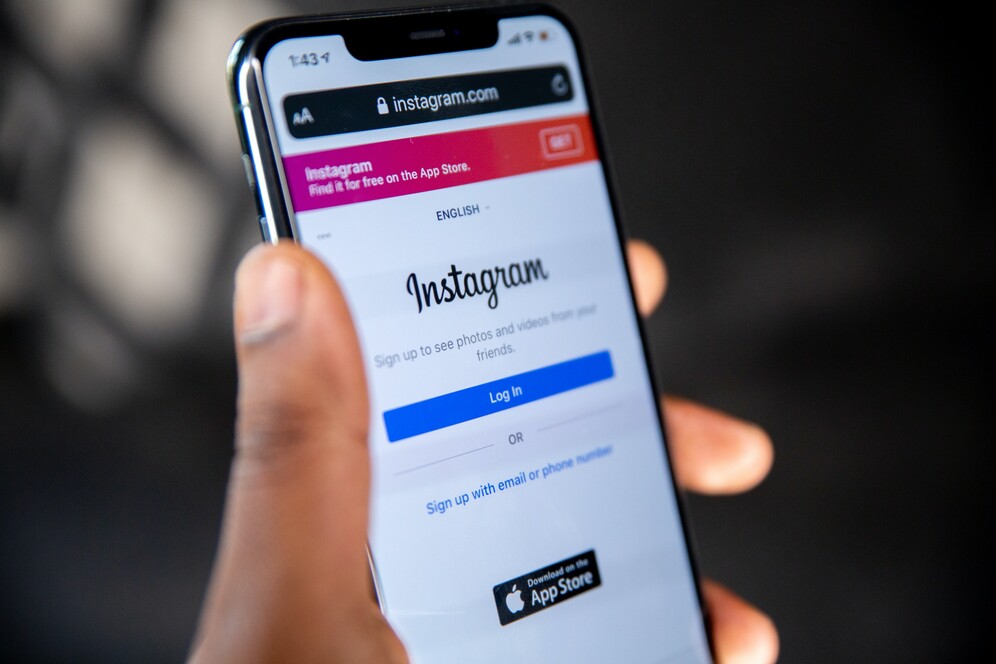 In 2018, activists discovered “countless” Instagram accounts that advertised the services of domestic staff: cooks, cleaners, and housekeepers in North Africa and the Middle East. The “staff” mainly were women forcibly brought from other regions. The profiles included photos of potential workers and captions in Arabic like “Brought from Indonesia, tourist visa available.”

The slave trade market in the 21st century is many times more profitable than at any time in history. According to the UN, this “business” income reaches $150 billion annually.

This figure may only increase in the foreseeable future, as the COVID-19 pandemic appears to have exacerbated the problem. Rising unemployment, falling incomes, and a looming economic crisis, all associated with the pandemic, have created an immense psychological pressure that pushes people to accept “any job”, creating additional temptation and opportunities among the slave traders.

“Drive around the streets of Kuwait, and you won’t see these women. Instead, they are behind closed doors, deprived of their basic rights, unable to leave, and at risk of being sold to the highest bidder,” a 2019 BBC investigation says. “But pick up a smartphone, and you can scroll through thousands of their pictures, categorised by race, and available to buy for a few thousand dollars.”

During the investigation, the journalists analysed the mechanism of the slave trade in Kuwait – a small oil-rich country in the Middle East and talked to both slave traders and their victims. It turned out the business is well-organised: you don’t even need to engage in Facebook or dating sites scheming to sell or buy a forced labourer. In 2019, a large part of the trade flow passed through the 4Sale mobile app, which is available for download in Apple and Google app stores, either through Instagram accounts or sales being negotiated in private messages.

Women employed as domestic workers get “sold” online via apps on Google Play, Apple’s App Store, and even on Instagram. pic.twitter.com/NjV66dLpiD

The 4Sale app allowed the buyer to filter the “product” by race and price.

“African worker, clean and smiley”, or “Nepalese who dares to ask for a day off” – these were the listings in the app’s catalogue.

Nine out of ten Kuwaiti households have a domestic worker. These workers come to the Gulf from the poorest parts of the world, intending to earn money to provide for their families back home.

Kuwait Court of Appeals announced: ‘Domestic workers should not be forced to work throughout the contract period as it is considered coercion and represents forced labour and modern day slavery.’

This needs to circulate and spread so that domestic workers know their rights! pic.twitter.com/jCt6qvoX2D

Most of the sellers the BBC talked to advocated taking away the women’s passports and denying them any freedom of movement or days off and access to phones and other means of communication.

“The passport, don’t give it to her. You’re her sponsor. Why would you give her her passport?” a policeman owning a housekeeper asked the BBC with sincere surprise.

If you thought black people being sold as slaves was a one-off in the Arab world. Listen to this #kuwait|i girl.

“How can you have a servant in the house who keeps their own passport? Who has a day of every week? What’s next”#slavery lives on. pic.twitter.com/CWO8sCrcY7

So, the owner of an enslaved person is considered his “sponsor”, without whose permission the employee can neither leave the country nor change jobs. The status of a sponsor can be obtained quite officially by requesting registration from state institutions, and assistance in processing documents is provided by special agencies that transport slaves and earn money from such services.

“Trust me, she’s very nice, she laughs and has a smiley face. Even if you keep her up till 5 am, she won’t complain,” he added.

“They shouted at me and called me an animal.”

“I was hurt, sad, but there was nothing I could do about it. Most of the houses in Kuwait are very bad: we had no normal sleep, no food, nothing,” one of the victims of trafficking, Fatu (the name was changed for the sake of the girl’s security), who became a slave at the age of 16, told reporters. Through the efforts of activists, the girl managed to escape to her native Guinea, where she continued to study at school.

She escaped domestic slavery in Kuwait. Now she helps other survivors https://t.co/kk0Bag97rP pic.twitter.com/6Ah2xKTGz9

The journalists also learned a similar form of slavery exists in other countries, for example, Saudi Arabia. The purchase of slaves there is also carried out through special apps. There are hundreds of questionnaires of female workers in Haraj, an analogue of 4Sale. In both countries, the conditions of keeping slaves do not differ much.

“What they are doing is promoting an online slave market,” said Urmila Bhoola, the UN special rapporteur on contemporary forms of slavery.

“If Google, Apple, Facebook or any other companies are hosting apps like these, they have to be held accountable.”

According to the BBC, the Kuwaiti government is aware of the slave trade and is “fighting against such actions”. However, no serious action has so far been taken. Furthermore, the families in which Fatu worked did not bear responsibility.

In response to the publication, Facebook removed the #maidsfortransfer tag from its apps and joined Google and Apple’s expressing its deep concern with the online slave trade situation. The latter has not removed the 4Sale and Haraj apps from their stores, but they no longer have the “domestic workers” section. In 2021, a series of articles about the online slave trade and the participation of large companies, in particular Meta, reappeared in the media.

“The company has known about human traffickers using its platforms in this way since at least 2018, the documents show.”

“It got so bad that in 2019, Apple (AAPL) threatened to pull Facebook and Instagram’s access to the App Store, a platform the social media giant relies on to reach hundreds of millions of users each year. Internally, Facebook (FB) employees rushed to take down inappropriate content and make emergency policy changes to avoid what they described as a “potentially severe” consequence for the business,” CNN Business writes.

Spoiler alert: Facebook knows it's in the human trafficking business, doesn't appear to much care. pic.twitter.com/4EljtCnB0C

The published internal documents of the company show it had known about the problem for several years, but it had not taken proper measures during all this time. 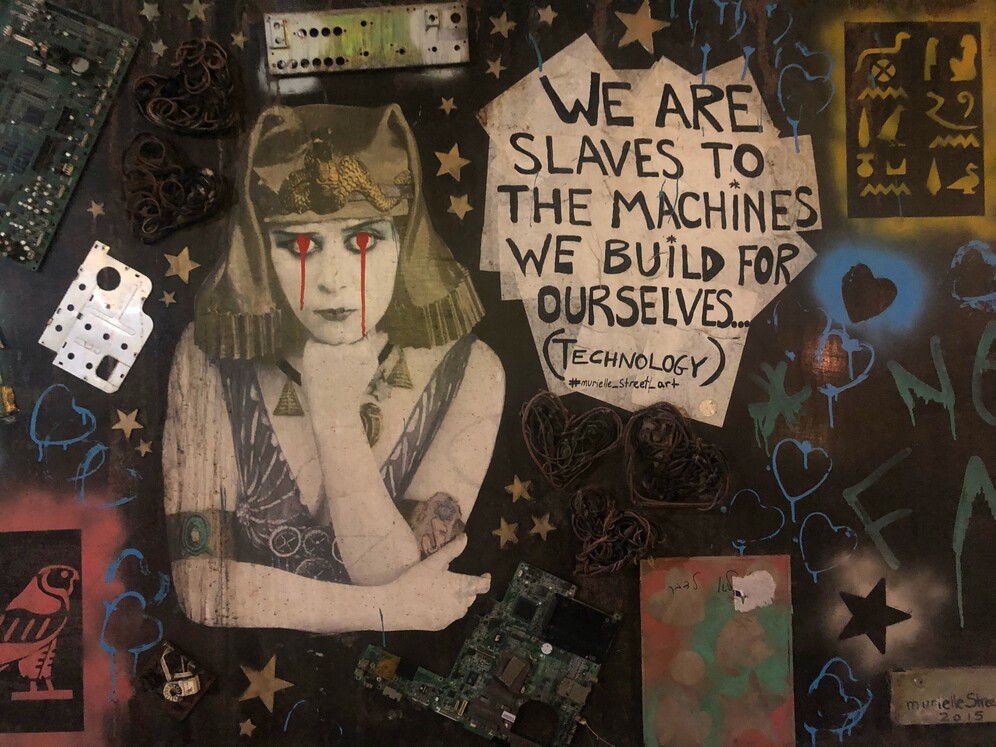 To learn more about the dark side of the online world, tune in to the premiere of the eighth episode of I Am Hacked tomorrow!