Who is Ahed Tamimi?

A 17-year-old girl from the West Bank became a well-known figure after several videos and photographs of her defiant confrontation of Israeli soldiers went viral. The incident won her praise and many historical comparisons, including a modern Joan of Arc, the Rosa Parks of Palestine and even Anne Frank, but it also landed Ahed in an Israeli prison for eight months. 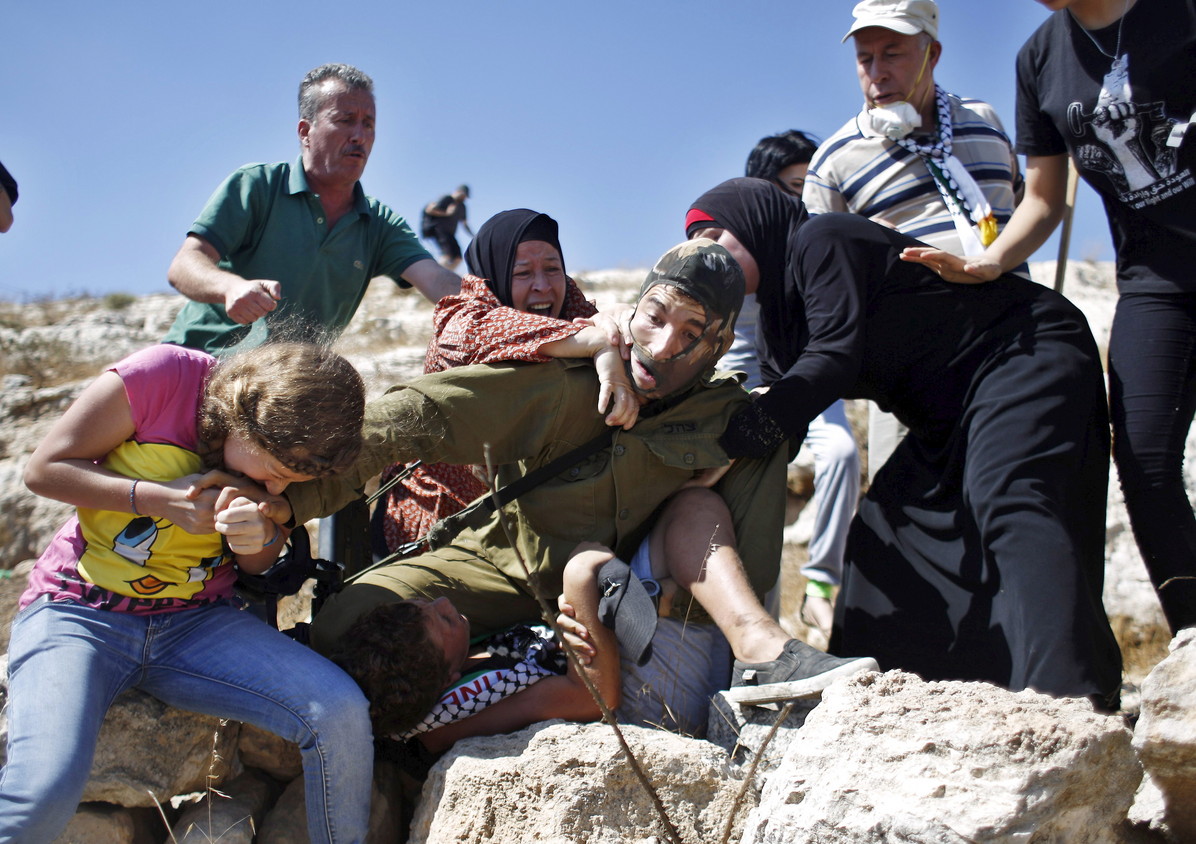 Ahed (left) is seen biting an Israeli soldier who is wrestling her 11-year-old brother to the ground. The soldier was detaining the boy on suspicion of throwing stones. © Mohamad Torokman / Reuters

How it all started

Ahed Tamimi comes from the small hamlet of Nabi Saleh, known for staging weekly demonstrations to regain control of land and freshwater springs taken over by Israel's Halamish settlement. Ahed’s family has been at the forefront of protests that have often ended in violent clashes with Israeli troops. Her father, Bassem, has been detained several times, while her uncle, Rushdie, and cousin, Mustafa, were killed in skirmishes.

In 2012, Ahed earned her place in the media spotlight after photographs of her threatening to punch an Israeli soldier circulated on social media. Three years later, she was pictured biting a serviceman, who tried to detain her brother, Mohammed. While Ahed gained recognition among Palestinian supporters as a poster child for Palestinian resistance, critics suggested she was merely a pawn exploited by her family for filmed provocations. 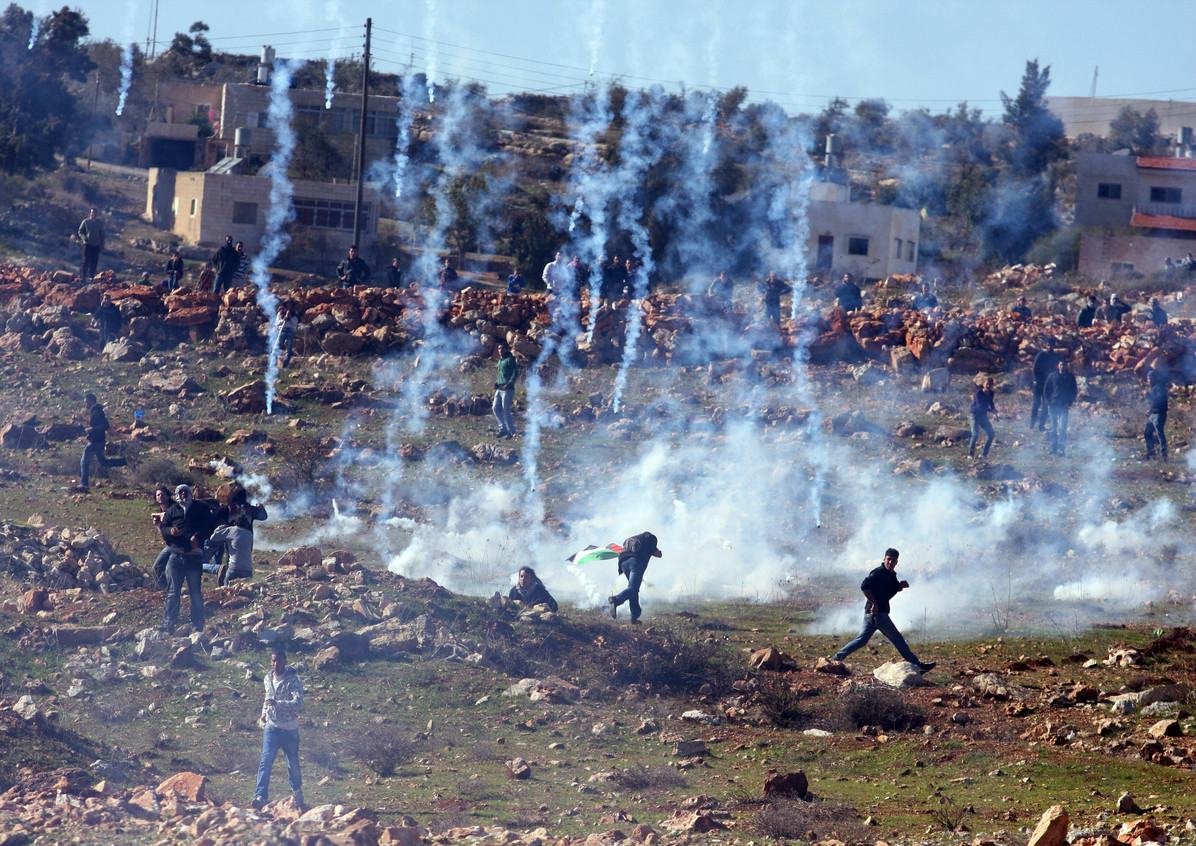 The latest viral video of Ahed emerged in December 2017, days after Israeli troops reportedly shot Mohammed in the head with a rubber bullet. In the footage published on her mother’s Facebook page, Ahed is seen outside the family home slapping and pushing two soldiers and demanding that they leave. As the soldiers fail to respond to the attacks, Ahed’s mother and cousin, Nour, intervene.

Related: We love Gaza. Free-running through rubble in the Gaza Strip

Shortly after the incident, Ahed, along with her mother and cousin, was arrested by Israeli security forces and stood trial in a military court. Ahed initially faced 12 charges and years in prison. However, after a plea bargain with prosecutors, she was fined and sentenced to eight months. Her mother and cousin were given eight months and 16 days respectively in prison.

Following Tamimi’s detention last year, Israel’s Education Minister, Naftali Bennett suggested that Ahed and her relatives seen in the viral video “should end their lives in prison.” Another Israeli official lamented that the teen wasn’t shot, “at least in the kneecap.” Others also point to Ahed’s relative, Ahlam Tamimi, who was charged as an accomplice in the 2001 suicide bombing of a Jerusalem pizzeria, that killed 15.

In pro-Palestinian circles, Ahed is heralded as an iconic activist and a national heroine. Palestinian Authority President, Mahmoud Abbas even called Tamimi “a model for the Palestinian struggle for freedom, independence and the establishment of our independent Palestinian state”. 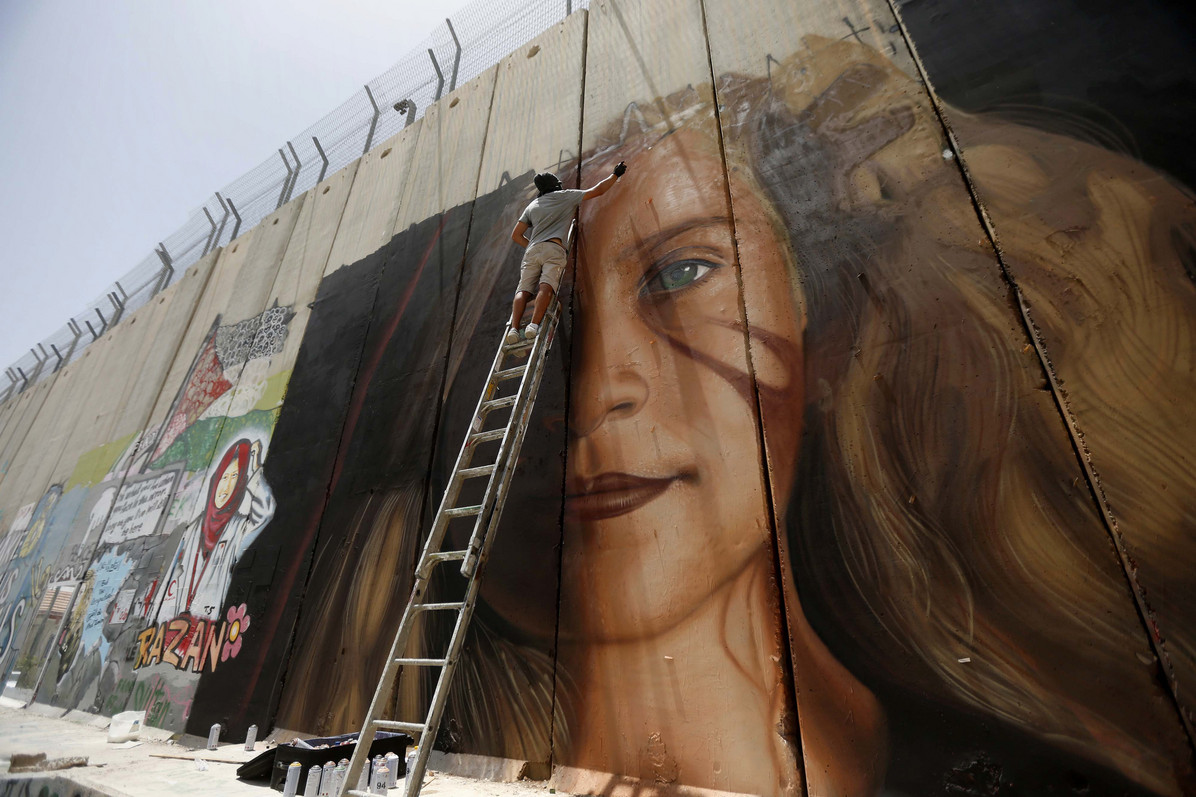 Ahed reiterated that call on the day of her release: “From this martyr’s house, I say: Resistance is continuing until the occupation is removed".