Book envy: which US President deserves the most space on your bookshelf?
A home the size of a shoebox: Hong Kong’s housing disaster

Yellow Vest protests in France. What are they about?

Why have protests broken out in France?

Since mid-November, France has been shaken by weekly protests sparked by a rise in tax on diesel fuel. Demonstrators wear the yellow hi-visibility vests that drivers have to keep in their cars in case of accidents, which is where the name of the movement, the “Gilet Jaunes”, or Yellow Vests, comes from. 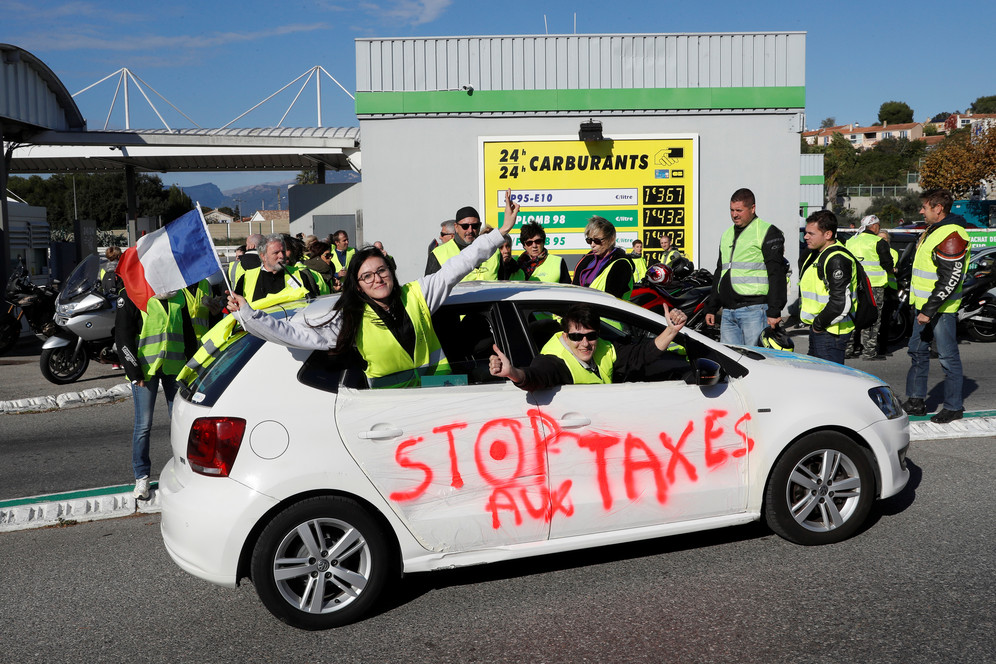 They have been making traffic slow down at roundabouts throughout the country as well as taking part in demonstrations. The numbers involved are relatively low for France: nationwide, there were 283,000 demonstrators on 17 November and 166,000 on 24 November, according to Interior Ministry figures. On 1st December, police counted 136,000 protesters. However, that was when the worst of the violence occurred in Paris. 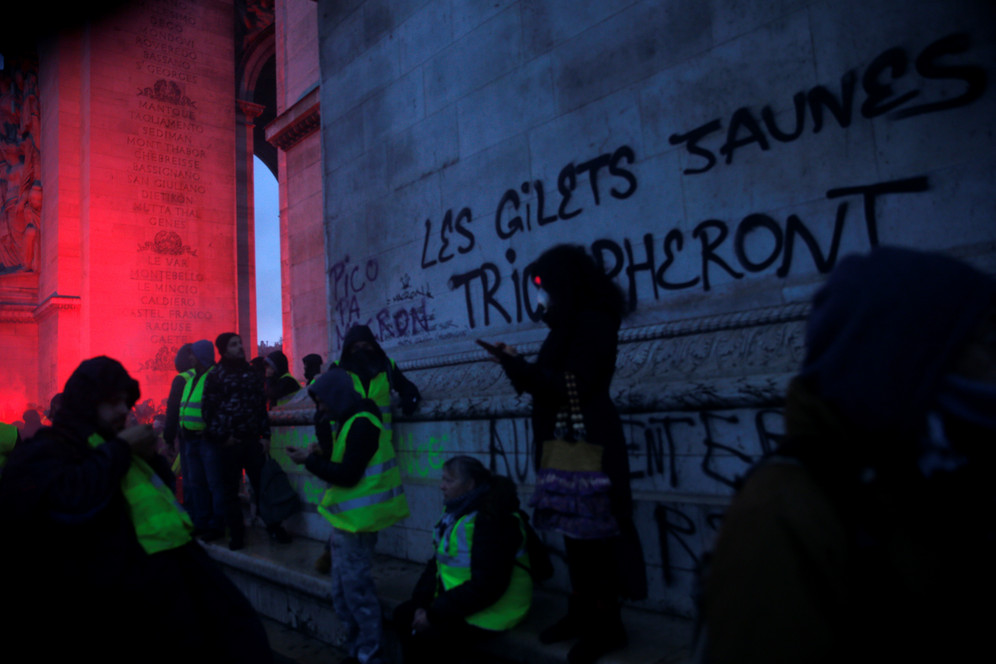 The slogan "The yellow vests will triumph" is seen on the Arc de Triomphe as protesters wearing yellow vests demonstrate at the Place de l'Etoile in Paris, France, December 1, 2018. REUTERS/Stephane Mahe

Cars were set alight, shops windows were looted and the iconic Arc the Triomphe military monument was vandalised during a demonstration on the Champs Elysees. Anarchists from the Black Block movement, far right groups and “casseurs”, groups of young people who turn up at demonstrations in order to loot and fight the police, also joined in, adding to the violence.

At this point, the Prime Minister, Edouard Philippe, announced a six month postponement of the offending tax rise but still failed to quell the Gilets Jaunes’ anger, and a “Fourth Act” took place on Saturday 8 December. This time,89,000 police, riot police and firefighters faced off 125,000 protesters throughout France, including 10,000 in Paris. Most tourist attractions, including the Eiffel Tower and the Louvre, were closed to the public and armoured vehicles were deployed. 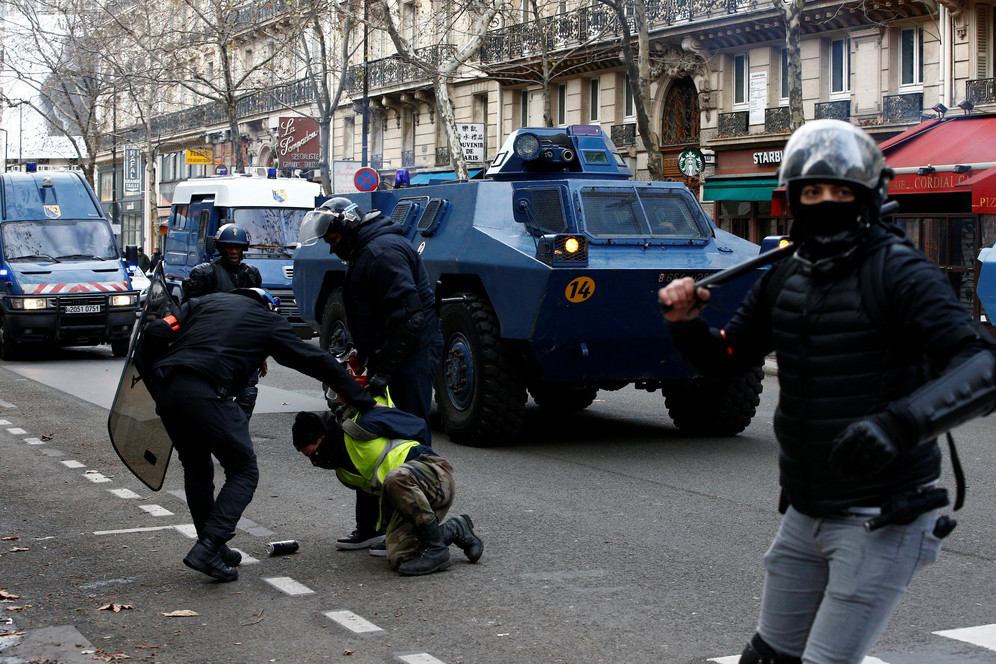 A "Fifth Act” has already been announced. Four people have died during clashes so far. According to an OpinionWay poll for LCI television from 5-6 December, support for the movement remains solid, at 68% of the population.

Who are the protesters?

Traditionally, demonstrations in France are organised by trade unions or other groups with the know-how and security to organise marches, but the Yellow Vests reject existing organisations. The protests have been started by individuals. They have opened local Facebook pages and groups throughout France, including small towns, giving meeting points. From time to time, a spokesperson emerges, but is quickly disavowed by other Yellow Vests.

Gilets Jaunes include low-wage workers and retired people, particularly those living in small towns and villages who feel ignored by successive governments. They believe they are constantly taxed to support generous social benefits for the very poor while the public services they rely on are being cut back in rural France. 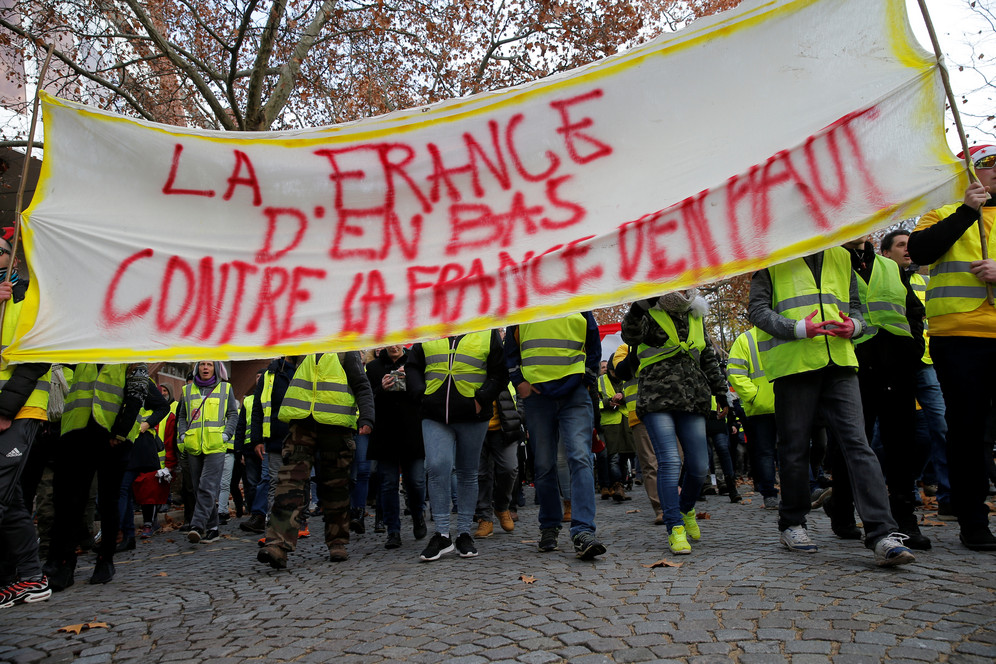 Why are Yellow Vest protesters angry?

The Yellow Vests were incensed by a tax-hike on diesel fuel, intended to reduce the use of diesel cars, many of which emit harmful particles. Current tax advantages, the result of an EU decision taken in the 1990s to encourage lower-carbon diesel, means that two-thirds of the country’s private cars run on the heavier fuel.

For people who have to drive long distances to work because they cannot afford to live closer to their jobs, this was the last straw. They see no way to reduce their fuel consumption, and can’t afford to buy new, cleaner cars, even with government help. They believe environmental concerns are just a pretext for taxing people who are barely getting by and worse, to raise revenue after President Macron scrapped the Wealth Tax. 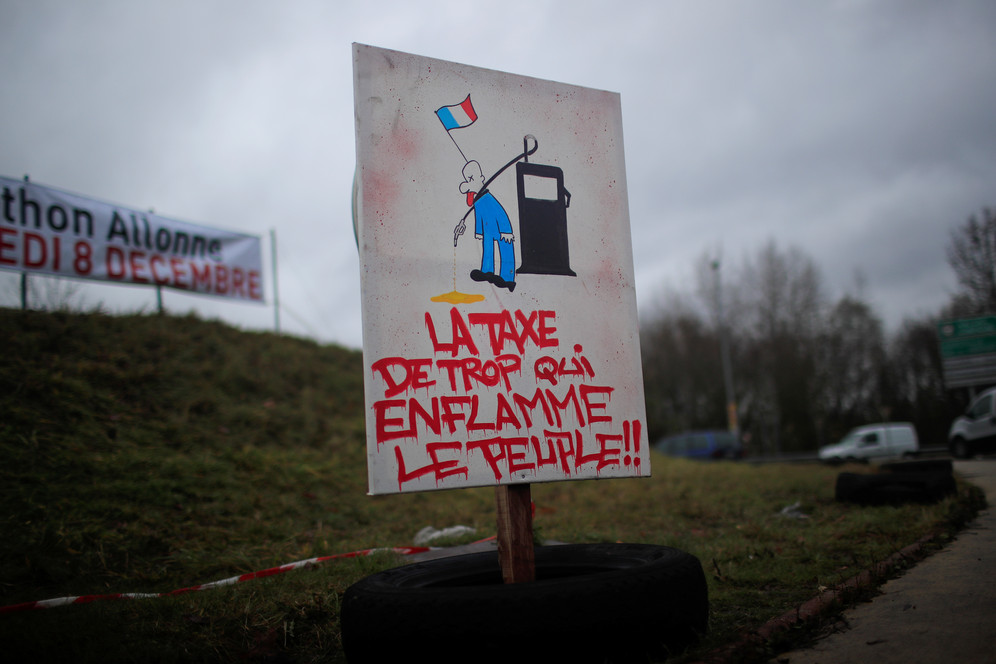 A placard which reads "The one tax too many that ignites the people" is pictured as yellow vest protesters occupy a traffic island sandwiched between a motorway toll station and an out-of-town commercial zone, in Allonne near Beauvais, northern France, November 28, 2018. Picture taken on November 28, 2018. REUTERS/Gonzalo Fuentes

What do the Yellow Vests demand?

Since they are uncoordinated, the demands are endless and varied. As well as the abolition, rather than postponement, of the diesel tax rise, the Yellow Vests want the government to “Return the wealth tax”. They are not opposed to taxation per se, as long it is fair. They therefore demand that fuel for ships and planes, currently exempt, should also be taxed. As drivers, they also resent a recent reduction of the speed limit on main roads from 90 km/h to 80 km/h, which increases their commuting times. Many want Emmanuel Macron, who they accuse of being haughty and out of touch, to resign. 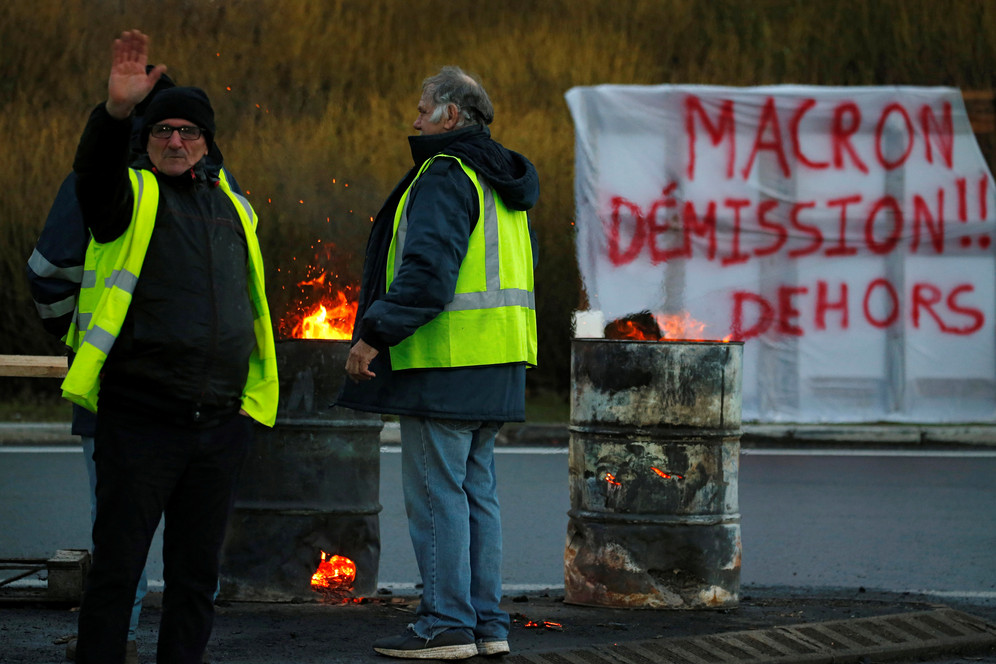 Protesters wearing yellow vests occupy a traffic island near the A2 Paris-Brussels motorway in Fontaine-Notre-Dame, France, December 7, 2018. The slogan reads, "Macron Resign!! Get out.". REUTERS/Pascal Rossignol

Beyond these recurring demands, Facebook groups circulate wish lists of improvements. One “Official Yellow Vests’ Charter” mentions setting the total tax burden at no more than 25% of wealth while building five million low cost rental homes, Frexit, removing public subsidies for the media, imposing a constitutional ban on government interference in families and education, stopping the economic exploitation of Africa and ending immigration.

These demands may not all be consistent or even realistic but they do illustrate a wide gap between what political parties are currently offering, and what many citizens want. As such, they illustrate how difficult it will be for politicians to find a way out of the crisis, and to heal the rift between ordinary people and those they consider to be the elite.