The Biography of the Glasgow Smile, the Trademark Torture Method of Scottish Gangsters

Joker, the legendary comic hero, is well-known for his creepy ear-to-ear smile. But, unlike the notorious character, the iconic grin doesn’t come from American comic books. It’s a British product and is widely known as the Glasgow smile. It originated in 20th century Scotland, where gangsters tortured their victims and rivals by carving both sides of their mouths into the spine-chilling “smile”.

Scars have long been a prominent element of human culture. Some three hundred years ago, the branding of criminals was widespread in Europe and Asia. Today, African tribes practice scarification as a sign of social status. Though rare, cases of branding and scarification still occur even in countries like the UK and the US, especially when it comes to criminal activities or cult groups.

Aka the Glasgow smile... pic.twitter.com/5zaMdydPO6

Initially created by the Scottish gangsters and later popularised by the British soccer hoodlums, the Glasgow smile became a notorious feature of Scotland and Great Britain in general, warranting its place in the history of dubious cultural practices.
The Glasgow smile consists of cutting the victim’s mouth on both sides, sometimes all the way to the ears.

The Scots say there are two ways of doing so. Both involve a person being caught, held by several guys and severely beaten. When the victim screams in pain from the blows, one of the gangsters makes wide and deep cuts on the sides of their mouth. The wounds of the victim’s face eventually heal into a Glasgow smile. The other, more “classic” method is even more brutal: the gangsters first make small incisions in the corners of a victim’s mouth and then work the victim over. In this case, the “prey” does all the dirty work, screaming from pain and “naturally” tearing the wounds.

From rags to gangsters

The history of the Glasgow smile is somewhat murky. Some say it originated when England invaded Scotland when the Celts applied the method to take revenge on the English. Others point to the Picts, a tribe that once lived in the north of the British Isles and had an elaborate tattoo culture.

A more prosaic theory says the Glasgow smile originated in the 19th century in the booming cities of Scotland. During the industrial revolution, Glasgow, along with other cities, drew thousands of peasants seeking jobs in factories and dockyards. Though urban life promised new job opportunities, the new working class lived in packed tenements and struggled from disease, malnutrition, and poverty. 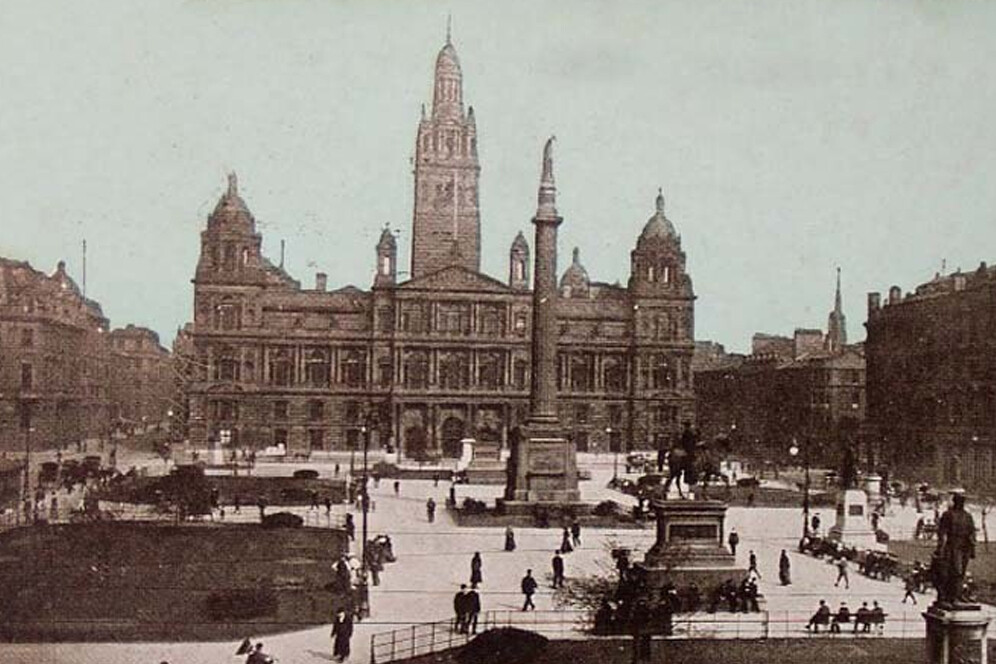 Glasgow’s poor and overcrowded suburbs grew and became a breeding ground for an explosive growth in crime. By the end of World War I, gangster organisations known as the Glasgow razor gangs controlled large parts of the city. It was then the Glasgow smile tradition gained momentum. At the time, gangsters employed this torture technique mostly against rivals.

Simplicity was one of the main upsides of this method — the torture was quickly performed with a knife, a razor, or merely a sliver of glass. Desperate to live down Glasgow’s growing reputation as a criminal hotbed, the city authorities turned to security services for help. They recruited Percy Sillitoe, a veteran of the UK police, to do away with the gangs. His mission bore fruit — by the late 1930s, some gangs were disbanded and their leaders imprisoned. But even Sillitoe didn’t manage to eliminate Glasgow’s gruesome trademark.

Gone with the gang?

Though Glasgow’s gangs were constrained, the Glasgow smile wasn’t. Indeed, the torturous practice expanded far beyond the streets of Glasgow, leaving politicians, actors, and murder victims with ugly scars.

On October 22, 1924, William Joyce, a member of the British fascist organisation, was attacked in London. Joyce was left with a deep gash along the right side of his face that ultimately healed into a Glasgow smile.  After the incident, Joyce was promoted to a prominent position in the British Union of Fascists. His scar, which he called Die Schramme, or “the scratch”, would later help the Allies identify the traitor when captured in Germany in 1945. William Joyce was hanged a few months later.

24 April 1906: Anglo-Irishman William Joyce is born in #Brooklyn, New York. Raised in Ireland, during #WWII he gave anti-British broadcasts for Nazi Germany. He was convicted of treason after the war and #executed on January 3, 1946 in London, England. #ad https://t.co/FxQWxLlfWL pic.twitter.com/1VDS9NZCTw

Meanwhile, the Glasgow smile went far beyond Britain. In the late 1920s, the so-called Brooklyn Vampire Albert Fish was terrorising New York City. He first killed and ate ten-year-old Grace Budd, and the inquiry into her disappearance revealed more victims.
The vampire’s next victim was four-year-old Billy Gaffney. The murderer confirmed that, among his other atrocities, he had “cut off his [Billy’s] ears — nose — slit his mouth from ear-to-ear.” The boy’s remains were never found, and the appalling image of a four-year-old’s body with the dismembered face would become the dark symbol of the bizarre story of one of America’s earliest serial killers.

Perhaps one of the best known cases of a Glasgow smile is the one that deformed the face of Elizabeth Short, better known as the Black Dahlia. A waitress and an actress-to-be, Short was murdered in Los Angeles in January 1947. The brutal murder of the Black Dahlia quickly became the focus of national media. The young lady’s body was severed in two parts at the waist, her limbs left in a strange pose, and her cheeks cut across neatly. Despite a media circus around the case and an extensive investigation with over 150 suspects, Elizabeth Short’s murderer was never found. To this day, the case remains one of the darkest pages in America’s criminal history.

Elizabeth short(black dahlia murder 1947). "She seemed so sad, Ive decided to give her a smile that'll last forever". pic.twitter.com/MHbrB189C6

In the late 20th century, the Glasgow smile experienced a renaissance. In the 1970s gangs linked to British soccer teams, supported by neo-Nazis and other hate groups, engaged in violence at games all over the country.

Chelsea Headhunters, one of the most notorious soccer gangs, embraced the Glasgow smile as its trademark, labelling it “the Chelsea smile” or “the Chelsea grin”.
In London’s King’s Road, near Chelsea’s Stamford Bridge stadium, the Headhunters “marked” anyone who stood in their way, whether the “wrongdoers” were members of their group or supporters of rival teams.

Another story related to Glasgow’s trademark concerns Tommy Flanagan, a Scottish actor, best known for movies and TV series such as Braveheart, Sons of Anarchy, Peaky Blinders and Gotham. Robbers attacked him near the bar he worked in as a DJ. After trying to retaliate, Tommy was given a Glasgow smile. Oddly enough, the distinctive scars became an essential element of the actor’s image and contributed to his growing popularity.

The grisly practice of Glasgow’s gangsters has turned out so pervasive that modern medical manuals feature recommended methods of treating specific Glasgow smile wounds. In 2018 a Brit was kidnapped, shot, and given a Glasgow smile in the Spanish city of Marbella.

In 2011, it was estimated every six hours, a severe facial injury was inflicted on someone in Glasgow.