Jharia: The burning village where fiery coal pits have poisoned locals for more than a century
Nenets: Keepers of the Land

With the festive season approaching, we’re summing up the passing year with the films you watched and liked the most! Brazil’s rising ballet stars, doomsday preppers in South Dakota, migrants walking towards their American dream, or Syrian artists reviving the national creative scene – we travelled continents in search of incredible people and their stories. Here we’ve picked the five most-popular documentaries of 2019 for you to watch in case you’ve missed any of them.

Masatomi Yokoo owns a cleaning business that specializes in ‘lonely death’ apartments. Many Japanese singles and lonely seniors pass away unnoticed in their homes every year, and Masatomi Yakoo comes to clean their places. Not only does he tidy up the apartments of the deceased, he also goes through a dead person’s things as a “spiritual” way to say goodbye and give the relatives a keepsake to remember the person.

A still from Dying Alone

Kristina Evtushenko’s story warms hearts. She was only 19, when she made a decision to give up studying and become the legal guardian of her five underage brothers and one sister. The kids’ parents tragically died, but Kristina took matters into her own hands and convinced child services to grant her custody over the siblings. Despite her young age, Kristina is handling kids, the family farm and a menagerie of pets.

A photo taken during the shooting of the documentary, Big Sister

Ivan and the Wolf

Another story from Russia, where a massage therapist – a former avid hunter - took pity on a wolf cub his friends brought him from a forest. Ivan took the animal home and has since raised him as a pet. The unusual duo lives in one-bedroom apartment, but Ivan is saving money to buy a house with a proper enclosure for the wolf.

A photo taken during the shooting of Ivan and the Wolf

This documentary draws your attention to the ecological disaster looming over Basra, Iraq, and the legendary Mesopotamian Marshes. Dam construction on the Tigris and Euphrates Rivers by upstream countries has led to water shortage and a rise in the salinity of the water, putting the unique culture of the Marsh Arabs at risk.

A photo taken during the filming of Rivers of Discord: Iraq's Water Crisis

Youth gangs have become so common in the Democratic Republic of Congo, that it has taken the form of an epidemic. The social phenomenon even has a name – Kuluna. Underage delinquents terrorise their neighbourhoods by robbing and attacking citizens, right under the noses of the police. One such gang let an RTD crew tag along for a shocking insight into the criminal world of Kuluna. 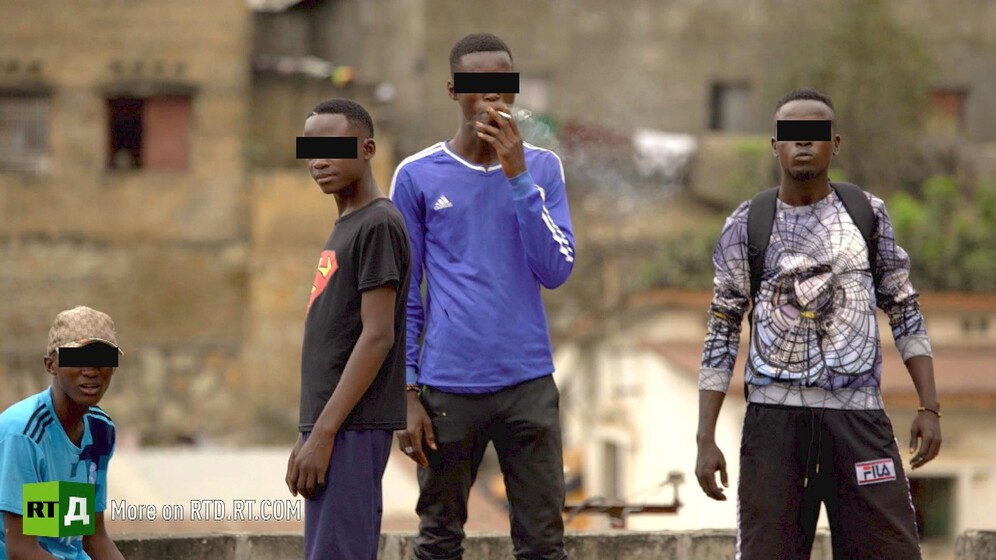 A still from Machete Boys of Congo