ARRAY(0x5623b8e56ba0)
War crimes or trade dispute: What’s behind the latest spat between Australia and China?
Inside The Family: How the leader of a 1960s doomsday cult abused children to create a new race

On November 3, the US presidential election took center stage, with people all over the world waiting anxiously for the ballot count to be completed and rooting for their candidate of choice. The nation seemed to have put life on hold till the winner was announced. No wonder ballot initiatives that were voted on all across the country that same day received little to no coverage. However, some were too monumental to be missed. Oregon, for example, became the first state to decriminalize all drugs, with overwhelming support of Measure 110. Oregon residents can now no longer be arrested or put in jail for possessing small amounts of certain substances, such as heroin, cocaine, methamphetamine or LSD.

According to legislators, the measure is intended to reduce arrests and improve access to addiction treatments for addicts. Just to be clear: it doesn’t make these drugs legal. It merely reclassifies possession of them as a noncriminal offense, punishable by a maximum fine of $100. 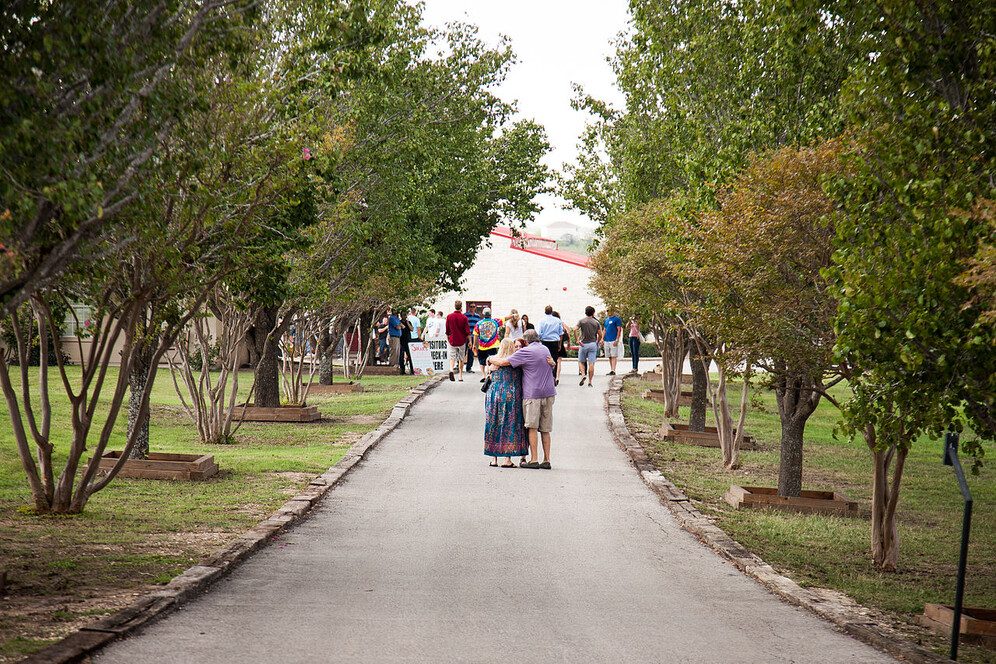 Apart from that, the initiative mandates establishing a state-wide addiction treatment program funded in part by taxes from marijuana sales/Photo by BRC Addiction Recovery Center

In case your eyes just widened — yes, both the medicinal and recreational use of cannabis has been legal in Oregon since 2015.

In 2012, Colorado and Washington were the first two states to legalise marijuana for recreational consumption. Since then, the total number of states whose residents can smoke weed for the fun of it has grown to 11 (plus the District of Columbia), while the number of those allowing medicinal use only has reached 33. On November 3rd this year, four more states (Arizona, Montana, New Jersey and South Dakota) joined the recreational marijuana club.

In 2020, pot sales in the US have grown a record 40% compared to last year (with a little help from the coronavirus pandemic).

They are projected to rise to as much as $42.7 billion by 2024, according to an updated report from Arcview Group — an organization analyzing and forecasting the rapidly-evolving cannabis space since 2011.

But let’s return to Oregon, the pioneering state recently decriminalizing drug possession and use. Why is it such a significant milestone for the United States? Oregon trends ahead of the curve on drug reforms that have been widely discussed for the past decade. This means that decriminalizing drugs could spread to other states, just like marijuana legalization efforts have. And it also demonstrates a radical shift in American public opinion witnessed in recent years with regard to drug use.

What could be best described as a zero-tolerance approach, by which marijuana was generally viewed as a drug on par with heroin and cocaine, has now given way to a more liberal attitude that paints weed use as being as safe as (or even safer than) alcohol consumption. And it looks like other drugs might follow suit.

America has come a long way from the Comprehensive Drug Abuse Prevention and Control Act of 1970 that outlawed marijuana entirely, labelling it a Schedule I Substance. Its current image is of a taxable medicine and a harmless enough way to take the edge off, on par with a glass of chardonnay. Last year’s survey conducted by the Pew Research Center indicates that two-thirds of Americans say the use of marijuana should be legal, compared to only 12 percent back in 1969. This spectacular paradigm shift hasn’t happened courtesy of millennials alone, but rather spread across all demographics - apart from the so-called Silent Generation (born between 1928 and 1945), which is still predominantly opposed to marijuana use. But they won’t be around to influence the public opinion much longer. 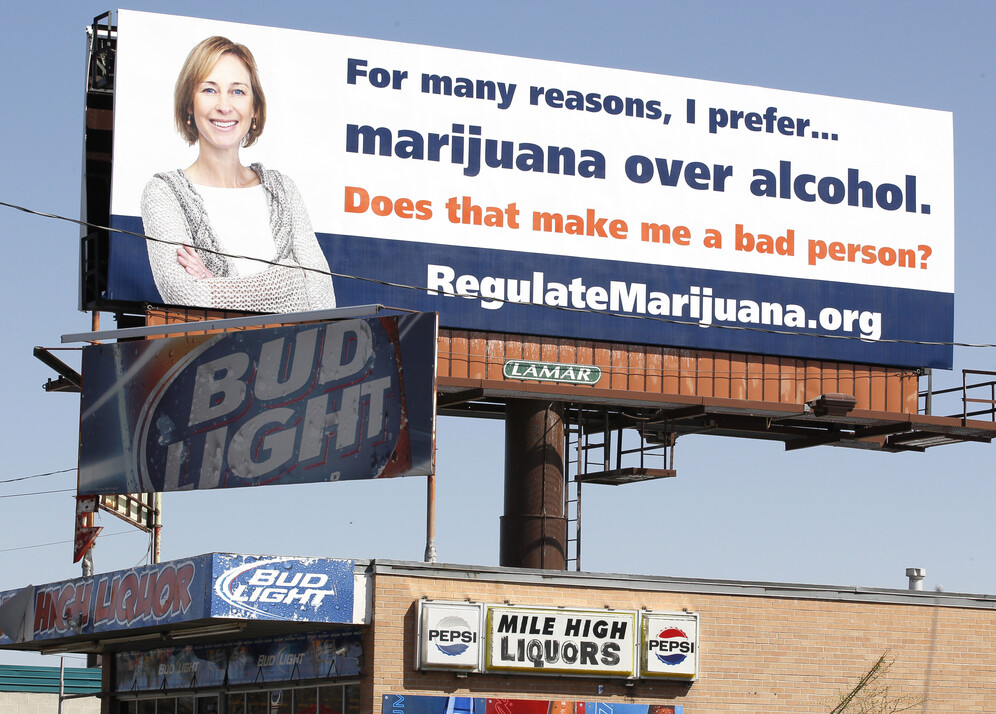 Given such a favorable social climate, the wave of legalizations rolling across the nation seems only logical. However, one can’t help but wonder if it’s the state that follows the public sentiments, or the public views are being gently and deliberately steered towards greater acceptance of soft and, consequently, hard drugs? Perhaps, witnessing marijuana use being decriminalized in one state after another urges many Americans to reconsider their stance on drugs — as in “Well, so many people cannot be wrong, can they?”

Just 10 years ago, when 100% of cannabis sales in the US remained in the realm of the black market, weed was universally touted as a gateway drug, whose use would subsequently lead to abuse of harder and more addictive substances, such as meth and heroin.

The “Just Say No” campaign throughout the 1980s and early ’90s discouraged any recreational drug use whatsoever. It was part of the “War on Drugs” effort, whose enforcement since 1971, when it was first declared by President Nixon, cost Americans an estimated $1 trillion. Apart from putting considerable strain on both federal and state budgets, the program failed to achieve its immediate goals, filling prisons and generating immense profits for illegal producers and distributors, rather than cutting the number of drug addicts and curbing demand. Just like alcohol prohibition back in 1920, when the Eighteenth Amendment banned the manufacture, sale, and transport of “intoxicating liquors” within the United States, the “War on Drugs” also cost the United States government millions of dollars in lost tax revenue.

By the end of the ’90s, when medicinal marijuana was approved in a handful of states, it became obvious what a huge market its mass cultivation and sales could be, should it ever become legal.

Soon, many leading economists were arguing that while “marijuana prohibition costs billions, legalization would earn billions”. They suggested that marijuana legalization would save roughly $7.7 billion per year in enforcement costs, and would generate $6 billion in tax revenue. The net total of $13.7 billion, they added, would make it possible to pay the tuition of 650 000 public university students every year. The humanistic slant of the reasoning is supposed to make one think of a greater good brought about by a lesser evil, but one way or the other, it reveals one thing: the drug industry is a very lucrative market. And making it legal would reverse the profits from drug cartels to the state, which, in turn, would be willing to channel at least some of it into social reform. 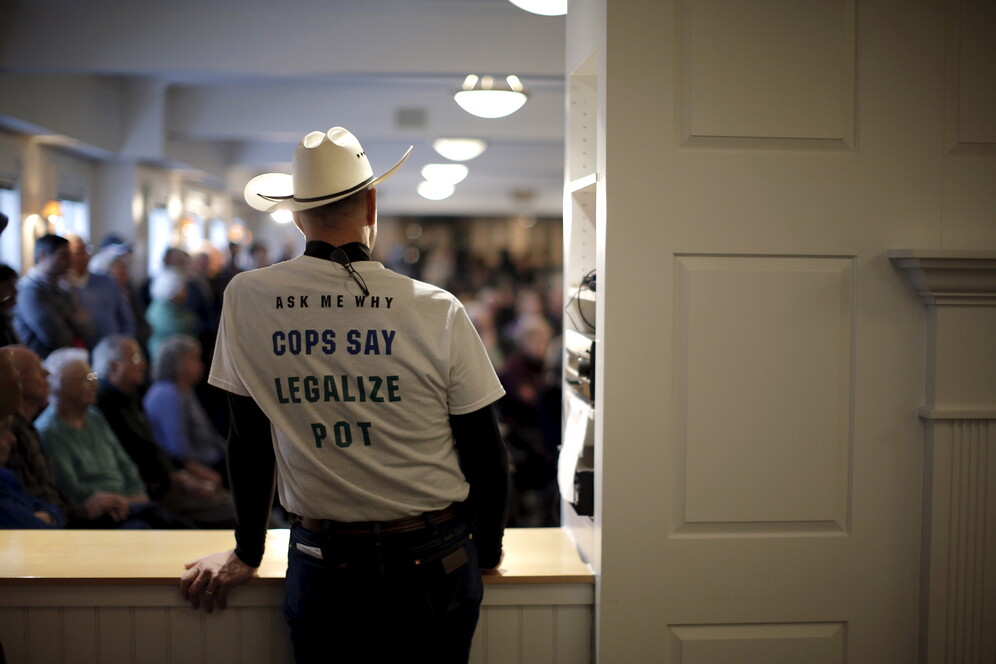 Back in the ’90s, the legalization of medicinal marijuana was, on one hand, embraced by people suffering from conditions ranging from terminal cancer to anxiety, and, at the same time, used as a welcome loophole by recreational users. By the mid-2000s, getting a prescription in California was as easy as buying a cup of coffee, with “The Doctor Is In!” signs lining sidewalks, inviting one to drop by and get promptly furnished with a prescription. Hailed by some and decried by others, medicinal cannabis was a stepping stone in what is now a booming industry that shows no signs of slowing.

Despite cannabis of any sort still remains illegal under federal law, many states have now legalized its use in one form or another.

According to Arcview Market Research, by 2016 the US had an estimated $52 billion market for marijuana, with only 13% of sales legal and the rest conducted on the black market. Troy Dayton, Arcview’s CEO, aptly pointed out that, “[The] cannabis industry doesn't need to create demand for a new product or innovation — it just needs to move demand for an already widely-popular product into legal channels.”

These days the cannabis market is thriving and so are the states where it’s been made legal./Lex Scope via Unsplash

The American cannabis industry employs some 250,000 people, five times more than the coal mining sector, with the median salary of an employee about 10% higher than the average across the country. Marijuana tax revenues and the promise of economic growth motivated many states to embrace legalization. Although finding data on tax revenues generated by states through recreational sales isn’t always easy, last year California reported over $629 million dollars in taxes from legalized weed, while the Washington State Liquor and Cannabis board’s fiscal report for 2019 reveals that cannabis taxes and license fees pulled in almost twice as much money as liquor taxes and fees.

It looks like the general consensus in the US today is that, instead of outlawing marijuana entirely, the state should seek to tightly regulate cannabis-growers and sellers and reap taxation benefits from sales.

With this mindset prevailing, federal legalization is only a matter of time. In December 2018, the Joint Economic Committee’s Democrats published a report on the state of the National Cannabis Economy, praising cannabis legalization in certain states for improving the efficiency of police departments, and for bringing in more taxes that allow “spending more on important social programs, including schools and drug treatment programs.” The report also noted that, “Conflicts between state and federal cannabis laws have also created barriers for small businesses,” creating an unnecessary tax burden and making it more difficult for them to raise capital. This, according to the committee, should be resolved to remove “constraints on the industry’s growth.” This sentiment has long prevailed among Democrats. Kamala Harris voiced it in her tweet.

Let's be clear: marijuana isn't a gateway drug and should be legalized. Glad to see my bill with Rep. Nadler take the next step in the House this week. https://t.co/d6BcMFlpYT

She made the remark referring to the “Marijuana Opportunity Reinvestment and Expungement Act of 2019”, otherwise known as the MORE Act of 2019. The bill is being sponsored by Vice President-elect Kamala Harris and Representative Jerrold Nadler. The US Senate is expected to vote on the bill in December. Should it pass, marijuana would be removed from the list of scheduled substances under the Controlled Substances Act, decriminalizing marijuana at the federal level and allowing states to determine their own cannabis regulation policies.

It would be fair to say, that these days America is experiencing a tipping point in its drug policies — and attitudes.

On election night, voters in Oregon and Washington, D.C., also approved the therapeutic use of psychedelic mushrooms, while D.C. also voted to lower the priority of “entheogenic plants and fungi” — that is, psychedelic mushrooms and mescaline-containing cacti — on the law-enforcement list.

Given the history of such milestones, more states should soon follow. By now, one-third of the American population lives in states where cannabis use is legal. In a few decades, America could become a nation where drug consumption of all types would be decriminalized and viewed as a personal choice. But, of course, it would be state-regulated and controlled consumption, generating some formidable tax revenues.