An effeminate young boy kneels with his hands resting in his lap, gazing straight ahead and surrounded by bearded old men in the traditional robes and caps of Central Asia. They are seated in a semicircle, each staring intently at the boy’s face as if trying to make him notice them. The painting is titled ‘A Bacha and his admirers’ by Russian artist, Vasily Vereshchagin.

'A Bacha and his admirers' by Vasily Vereshchagin, 1868

“’Bacha’ literally translates as ‘boy’ but as these boys also perform a strange and unusual role, the word ‘bacha’ has another meaning, which is discomforting to explain,” Vereshchagin wrote in his notes about his tour of Central Asia.

What Vereshchagin depicted is the centuries-old practice known as ‘bacha bazi,’ in which a boy dresses as a girl to dance privately for elders at select, men-only parties. The literal meaning of Bacha bazi is ‘boy play,’ and has existed in Central Asia since ancient times; it is still present and rife in modern Afghanistan. 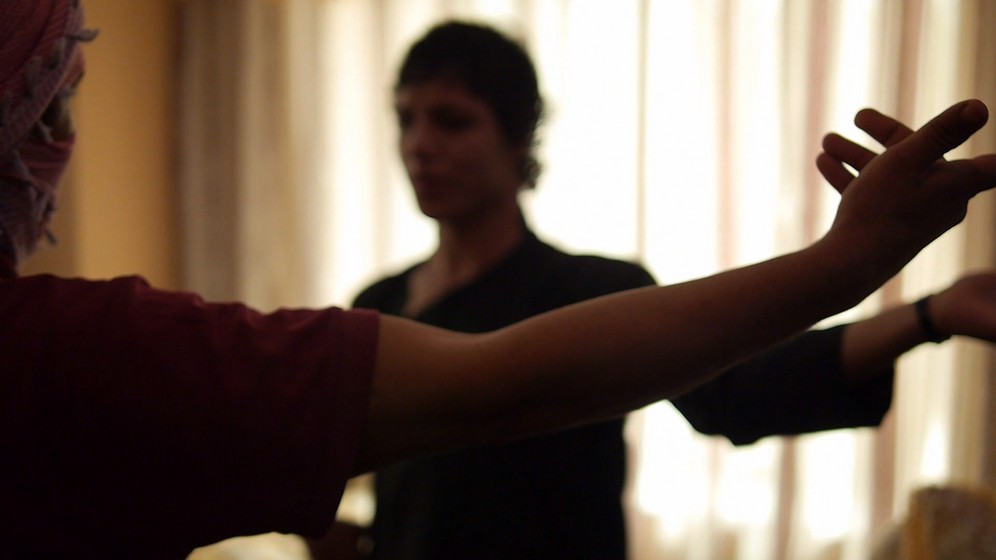 Dancing boys are also known as 'bacha bareesh', boys without beards. A still from They Don't Just Dance

The ultra-conservative cultural norms that are prevalent in the country mean women are unable to visit most public places and are prohibited to go to parties and dance. As interaction with women is practically impossible, the social void is filled by underage boys who are taught to 'dance' to entertain adult men. Behind closed doors, spectators congregate to watch as bacha boys in women’s clothes and make-up dip and sway to the sound of traditional Afghan music. When the party is over, men vie for the chance to spend the night with their favourite dancing boy.

RELATED: She is My Son. Afghanistan's bacha posh, when girls become boys

There's a common Afghan saying that, “Women are for child-bearing, boys are for pleasure”. The harrowing practice of bacha bazi is so entrenched in the local culture that men don’t see it as paedophilia, but as an ancient tradition symbolising power and social status.

The Taliban outlawed bacha bazi driving it underground. The fall of the Taliban however, has sparked a revival and now the phenomenon is flourishing all over Afghanistan. 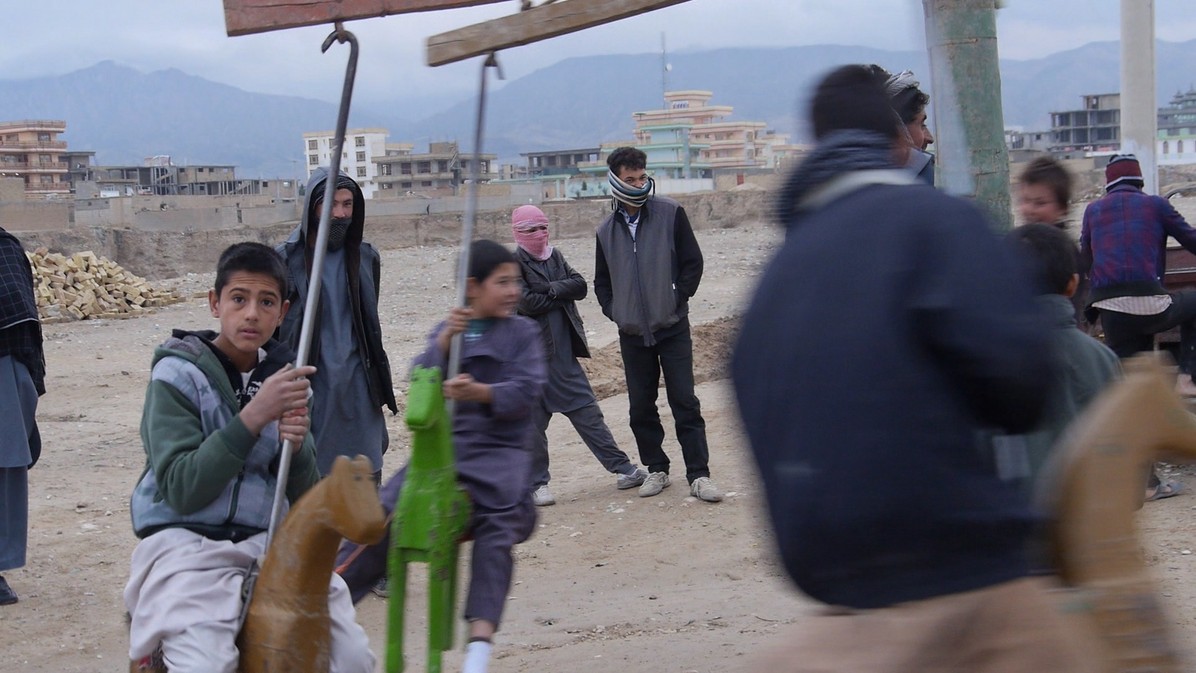 Teenage boys from needy families, or orphans, are the most vulnerable to predatory bacha bazi recruiters and handlers. A still from They Don't Just Dance

Where do the boys come from?

Bacha boys are often found through kidnap, or they may be taken from their families by recruiters, called ‘playboys’ who prowl streets and playgrounds in search of the most vulnerable - the poorest and least educated children.

In poverty-stricken Afghanistan, the promise of work and an income is often enough to convince families to hand their sons over to a playboy. A bacha boy will be fed, dressed and paid until his early 20s. Another decisive factor that drives parents' to agree their son becoming a 'dancer' may be the promise to meet the cost of the boy's future wedding. A groom's parents are expected to spend thousands of dollars on nuptial celebrations, which includes a price they must pay to a bride's family.

The ‘Playboys’ throw dancing parties for which they hire and train bacha boys and invite other playboys, high ranking officials, and various influential men to watch. The boys can be rented to dance at parties and weddings. They are also frequently prostituted. There are men who, despite being married, keep boy sex-companions as a living status symbol. 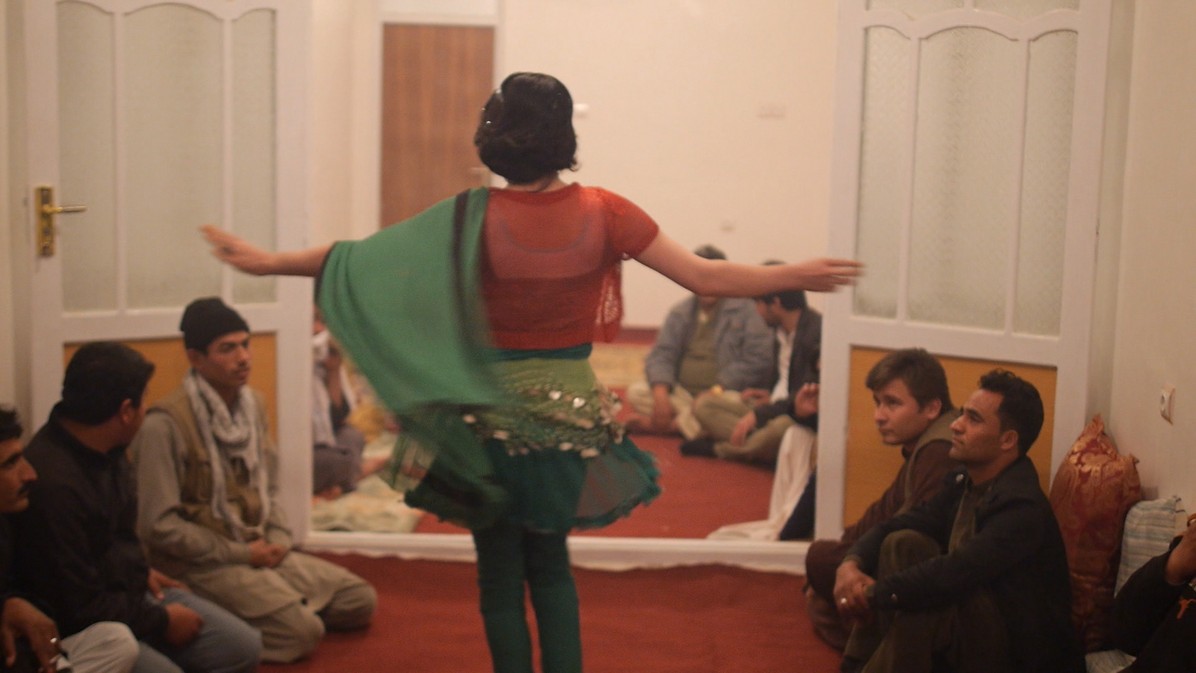 Although Islam forbids sodomy, many say the bacha bazi phenomenon and forming relationships with dancing boys is an institutionalized practice. A still from They Don't Just Dance

What happens after a bacha ‘expires’?

When a bacha comes of age and is no longer desirable by his 'owner', he is rejected. Social stigma makes it difficult for former dancing boys to reestablish a male identity and often continue their ‘profession’ or resort to prostitution with some also driven to drug or alcohol abuse.

To meet the Pimps and for an inside glimpse of life as a bacha boy in Afghanistan, watch, They Don’t Just Dance on RTD.

After the documentary aired in 2016, a number of reports appeared exposing the practice, which had been largely unspoken of previously. The Afghan government finally moved to stamp out bacha bazi and revised the country’s criminal code to define it as a crime. The new legislation includes punishments for perpetrators, as well as those participating in bacha bazi parties.