Fibromyalgia, chronic fatigue syndrome, and Long COVID: How patients push medical communities to recognise and treat their diseases
Mystery That Went Up In Flames: The Disappearance of the Sodder Kids

“Woke” or broke: Why advertisers would rather miss Super Bowl than let their ads backfire?

Super Bowl remains one of America’s favourite entertainment and sporting events. This year’s Super Bowl 55 (or Super Bowl LV, Roman-style) will be played on Sunday, February 7, 2021, at Raymond James Stadium in Tampa, Florida. The Kansas City Chiefs will face off against the Tampa Bay Buccaneers. If the team names don’t ring a bell, may I remind you the Super Bowl has nothing to do with European football (or soccer, as Americans call it). The game is the National Football League (NFL) championship game — the US professional American football institution.

To give you an idea of how big Super Bowl is: on most years the broadcast game is the most-watched programme on television in America and the second most-watched programme worldwide. People throw Super Bowl parties at home to watch the game with friends and consuming more food than any other day of the year, except maybe for Thanksgiving. Others go to sports bars to take part in unbridled beer-drenched celebrations of football. Sadly, this year both options are pretty much out of the question. But Super Bowl LV is still scheduled to air on CBS with an expected US audience of more than 110 million. The whole country is looking forward to the game itself, and the spectacular halftime show that in the past has featured major showbiz names like Michael Jackson, The Rolling Stones, Lady Gaga, Madonna, Bruce Springsteen, and appeals to those who aren’t keen on football. 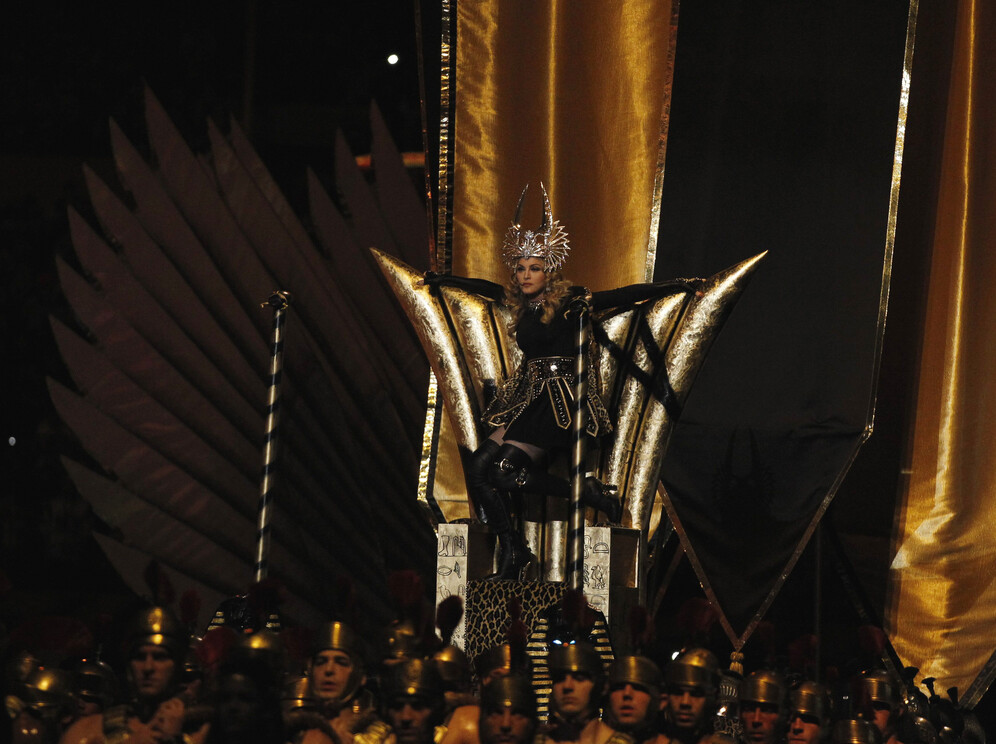 Singer Madonna makes her entrance during the halftime show at the NFL Super Bowl, February 5, 2012./REUTERS by Lucy Nicholson

Plus, believe it or not, the Super Bowl broadcast is famous for its commercials! Advertisers traditionally roll out their newest and most creative ads during the Super Bowl, so there’s hardly a viewer who’d want to change channels during the commercial break. This year the cost of a 30-second spot during the CBS broadcast is a reported at $5.5 million. Over the past 40 years, the battle of ads has become a competition in its own right. Americans remember their favourite ones years later and love compiling lists of the best ads featured through the years. Each year business giants like Coca Cola, Pepsi, Amazon, Budweiser and P&G would all put their best foot forward to boost their public image and take their cool factor up a notch.

However, the past year’s proven to be challenging in many ways. With the US record unemployment, the worldwide coronavirus pandemic and all kinds of social and economic pressure factors kicking in. Suddenly it looks like advertisers are not so sure they want to shell out upwards of 5 million dollars to boost their brands’ profile. CBS announced it had sold the last of its commercial spots for Super Bowl LV as late as January 27, while the ads inventory would sell by November in previous years. Last year the Super Bowl aired well before the US started to introduce harsh COVID-19 related shutdowns and made $450 million in revenue. This year, the 2020 top advertisers such as Anheuser-Busch (owner of the Budweiser brand), Procter & Gamble, PepsiCo and Hyundai decided to withhold ads. Some of those who decided to take a break this year were quick to say they chose to reallocate funds to COVID-19 relief. For instance, Anheuser-Busch announced it would use the funds to raise COVID-19 vaccine awareness, but this Super Bowl will be the first without a Budweiser in-game commercial in decades. Instead, the brand will be featured in the digital broadcast. PepsiCo, which didn’t buy any game ad time this year, will appear throughout the 12-minute halftime show featuring Weeknd.

Coca Cola, which has run an ad during the game every year since 2006, quoted COVID-19 related financial difficulties as the reason not to buy a Super Bowl ad this year. In January the company cut 2,200 jobs worldwide and decided to cut advertising costs during the crisis, just like millions of its customers worldwide. Plus, most of the ads are as expensive to produce as they are to broadcast, Normally they’re created well in advance, as early as the previous summer, and this year one couldn’t be sure until recently if the Super Bowl would happen at all. 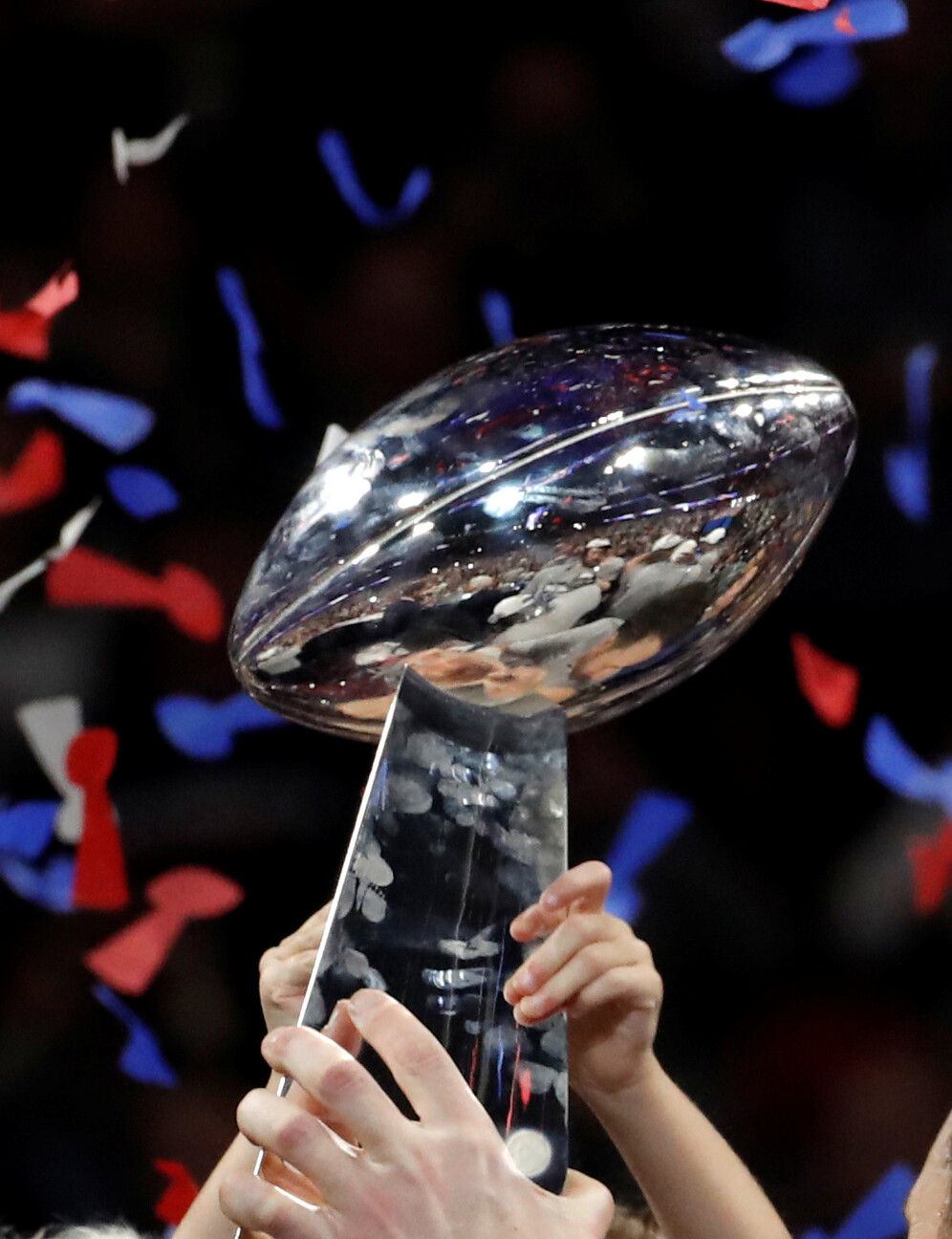 Among advertisers, there’s also a strong sentiment that target audiences in the COVID-19-stricken politically polarised America might not be as accepting to the usual slapstick commercials, or otherwise nonchalant calls for consumerism that used to work just fine. These days viewers might not be ready to stomach many things that seemed alright before. And it looks like some advertisers are so afraid to strike the wrong tone they decided to pull out entirely, rather than be accused of tone-deafness — political or social.

Advertisers have always found it hard enough to strike the right tone with their pitches, and some are finding it almost impossible to do in the age of a global pandemic. If you watched the TV over the past year, you might have noticed that a significant number of commercials suddenly decided to strike a sombre note. Many are sprinkled with phrases like “now more than ever” and “these uncertain times” while sporting sad piano music and featuring selfless industry representatives’ images. The “pandemic ad” subgenre has even become a parody target compiling dozens of commercials produced over the past year in one short video.

The overall result is depressing and somewhat drab, despite trying to bring across a message of empathy and reassurance. At times, it feels companies are merely trying to manipulate the consumers into believing they carry progressive moral values and don’t care for profits nearly as much as their clients’ wellbeing. When repeated 24/7, it starts to sound lame and, in the long run, plays against the companies’ public image.
Over the years, even before the pandemic, many companies that tried hard to channel progressive values, - i.e. gender or racial equality, social activism or environmental work – faced a significant public backlash, because their policies didn’t align with their ads and were nothing but a marketing ploy.

Like, for example, when Audi spent millions of dollars on a feminist ad broadcast during the 2017 Super Bowl proclaiming: “Audi of America is committed to equal pay for equal work.” Days later it was revealed Audi had no women on their executive team, so their talk of equal pay was nothing but smoke and mirrors.

Likewise, Pepsi’s attempt at producing a police brutality wakeup ad featured supermodel Kendall Jenner shedding her couture gown, donning a pair of jeans and, as a last act of defiance, offering a police officer a can of Pepsi, caused an immediate social outcry and was pulled off air within 24 hours. 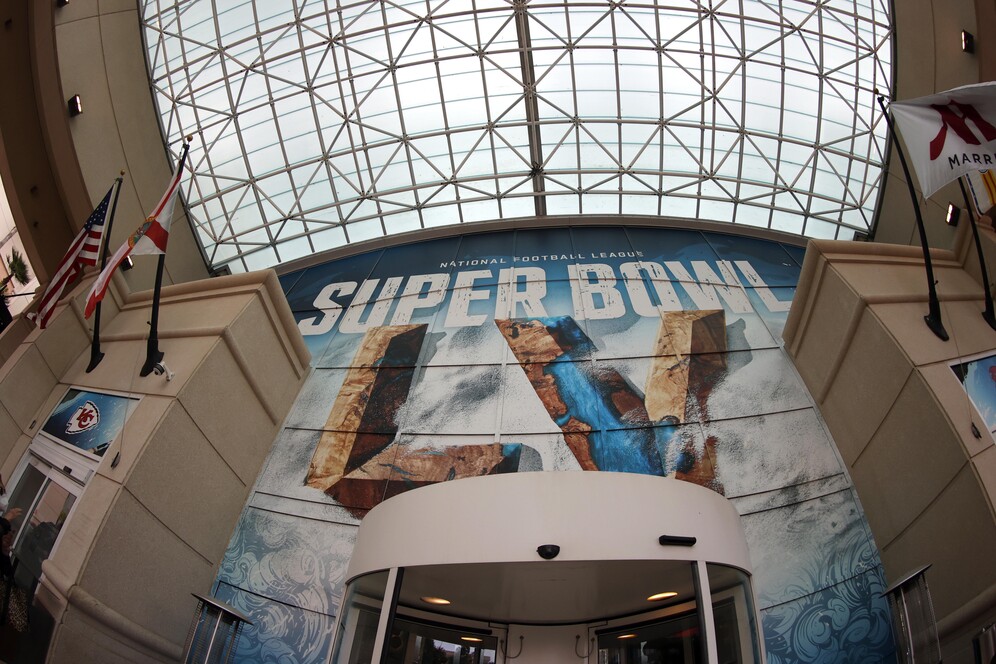 On the other hand, Mastercard faced a very unexpected pitfall after pledging to donate 10,000 meals to starving children in developing countries for every goal scored by Messi or Neymar Jr. through March 2020. Social media users reasonably wondered if the financial giant couldn’t afford to donate the meals anyway, without creating a marketing campaign out of it. Mastercard had no choice but to concede, leaving with a scarred reputation.

So, it looks like these days social justice sells just like sex did in the old days. On the one hand, this is by no means terrible. On the other, the magnifying glass of public opinion finding fault with everything ever said or done might be killing more than a few marketing campaigns that could nurture good causes and draw attention to society’s problems. According to Rob Schwartz, CEO of ad agency TBWA\Chiat\Day, “Every client conversation <…> is about who is going to be offended by this ad. There’s a lot of discussion about risk mitigation. What that tends to do is that it makes things very bland and not effective, or it forces you to look at universal topics like hope or humour.” 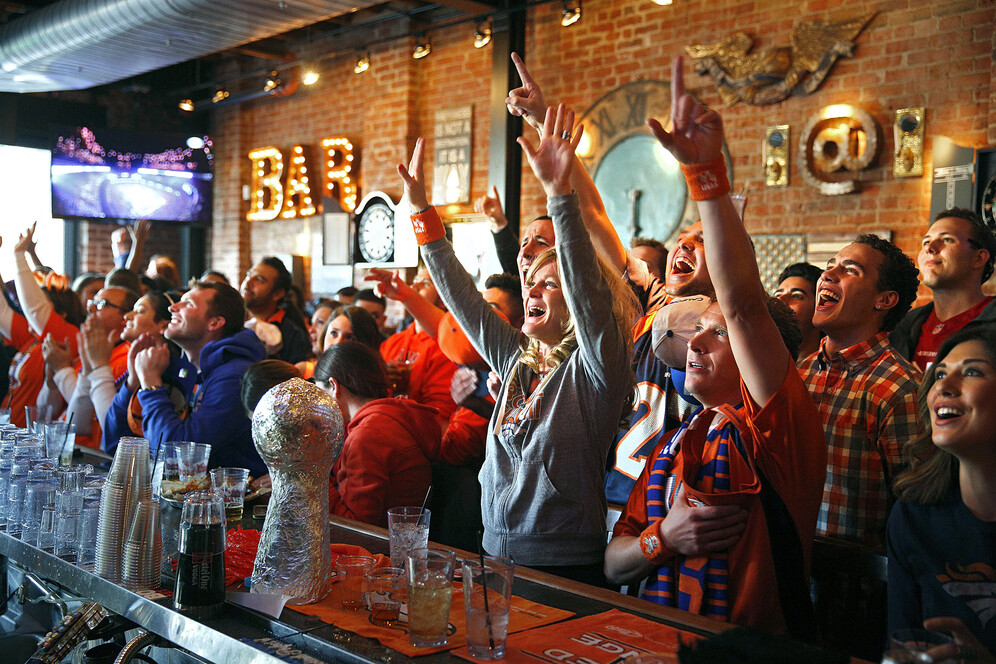 Still, the audience is very apt at deciphering whether the brand has a genuine commitment to the cause it’s supporting, or it’s nothing but a tool. A 2013 Cone Communications/Echo Global CSR Study survey showed 91% of consumers were likely to switch to brands of a similar price and quality that supports a good cause (). It confirms that “cause marketing” is currently gaining momentum and will likely be a driving force behind consumer choices and brand success. At the same time, substantial social media leverage provides checks and balances allowing insincere advertises to be called out in a matter of minutes, so unless backed up by real actions, cause advertising can do more harm than good.

Turning back to the 2021 Super Bowl and its ads, some brands have already released their reels while others are building up viewers’ anticipation. But in keeping with the times, it’s unlikely many will come with fun gem-worthy ads. The New York Post quotes Bill Oberlander, co-founder and executive creative of ad agency Oberland, who says, “There is trepidation around Super Bowl advertising this year. For the Super Bowl, you generally go big or go home. I think brands are going home rather than spending tens of millions of dollars and not getting it right. They’re saying, ‘Let’s wait until this — storm clears.’” 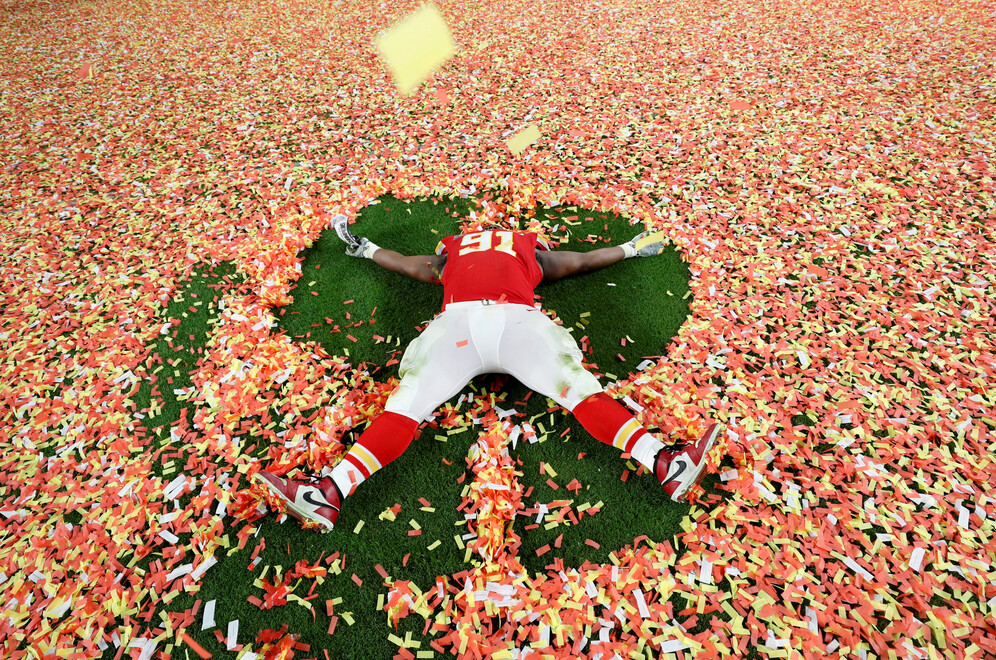 Humour is, perhaps, the only sure way to go, as people tuning into the Super Bowl are looking forward to some light-hearted entertainment rather than pep talks and manipulative montages alluding to painful social issues. Super Bowl ads might serve as an indicator of American society’s disposition one year into the pandemic. While advertisers will tread carefully “in these uncertain times” the very fact, America’s entertainment mainstay is to stay around this year, can’t help but inspire optimism.