“You feel guilty. You want to quit but you can't” - Diary of a New York COVID Nurse
Coronavirus: worldwide panic and uncertainty. Your survival guide to quarantine

Coronavirus: a break from pollution and new environmental threats

“Nature became so clean, even swans returned to Venice, and Greta Thunberg returned to school,” one of the many dark coronavirus-spawned jokes states. It’s true: a drop in car and air traffic and a considerable reduction in industrial activities during lockdown caused a significant emission reduction. It gives us a clear idea to what extent daily human activities – or absence thereof - impact the environment. So, is it a much wanted silver lining of the nightmare that is coronavirus, or is it just a literal breath of fresh air on the eve of another catastrophe?

Apart from the distinct social, economic and personal challenges, the coronavirus-enforced halt has had an unexpected bright side – that is, clear skies and improved air quality all around the world. The change was especially apparent in major industrial centres in Asia and Europe. Pollution measurements from the countries that adopted confinement policies earlier than others - among them Italy, Spain and France - have demonstrated a considerable improvement in ambient air quality, particularly the concentration of PM2.5 particles.

These tiny particles smaller than 2.5 micrometres can penetrate deep into the lungs and may even enter the circulatory system, worsening chronic diseases and increasing the risk of premature mortality, especially among children and older adults. The improvement of this parameter drew lots of attention from environmentalists and health professionals, who are attempting to size up its implications.

In a recent analysis of the situation in China, Stanford University environmental resource economist Marshall Burke went as far as wondering, if “the lives saved from this reduction in pollution caused by economic disruption from COVID-19 exceeds the death toll from the virus itself”. In answer to his question, he says, “Even under very conservative assumptions, I think the answer is a clear 'yes'.”

Reports of Beijing enjoying smog-free air for the first time in decades and wild animals reclaiming depopulated U.S. cities sound reassuring until you take a dispassionate view on the matter. While nitrogen dioxide, a byproduct of burning fossil fuels, and carbon dioxide emissions have indeed plummeted, we must admit the current welcome change is only temporary and won’t help the planet in the long run. Once things get back to normal and the economy snaps back – and we all hope it happens sooner rather than later – the numbers will crawl upward again. 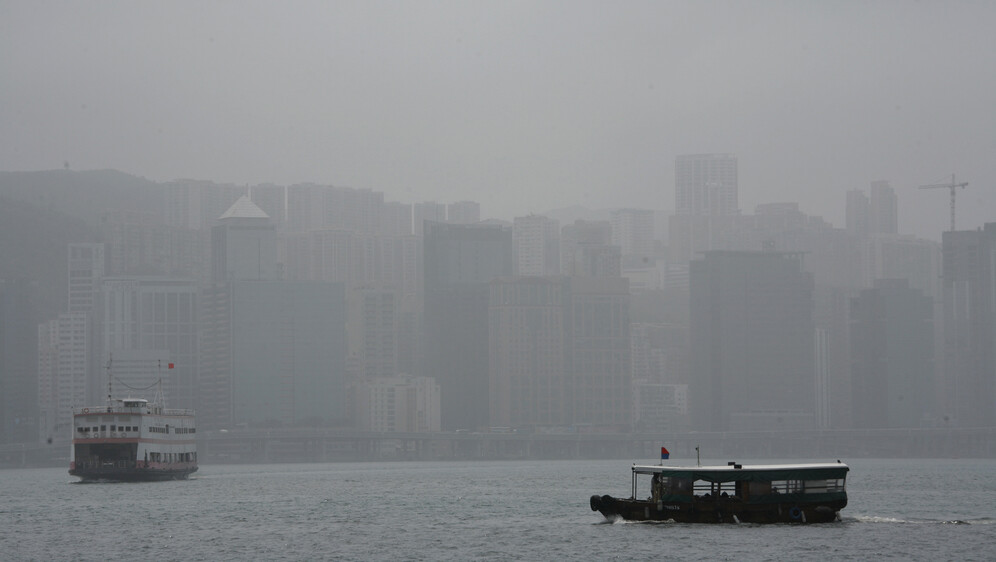 A boat and a ferry sail in front of Hong Kong's Eastern district where air pollution hits a record high. REUTERS/Bobby Yip

Apart from being inherently harmful, high pollution levels are also linked to higher death rates among COVID-19 patients. A study by the Harvard T.H. Chan School of Public Health demonstrates that even a small increase of only 1 μg/m3 in PM2.5 in the years before the pandemic can be associated with a 15% increase in the COVID-19 deaths. Most preexisting conditions tending to worsen the outcome of the disease significantly are caused by long-term exposure to air pollution. The Director of Greenpeace Italy Giuseppe Onufrio came to similar conclusions. He points out that higher death rates seen in the industrial provinces of Northern Italy may be attributed to higher levels of pollution with polycyclic aromatic hydrocarbons (PAHs are released from burning coal, oil, gasoline, trash, tobacco, and wood).

In the meantime, some newly emerging environmental issues have come into focus. 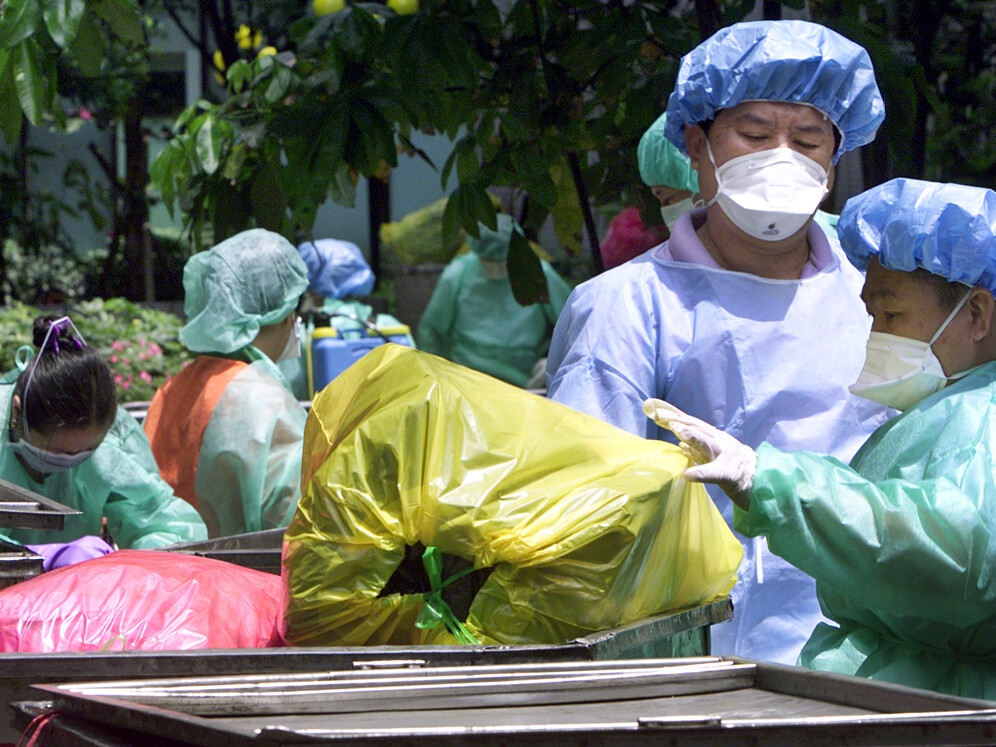 Mountains of medical waste are the legacy the COVID-19 pandemic will be leaving behind. The South China Morning Post reported in early March “the volume of medical waste in Wuhan, the city in which the epidemic began in December, had quadrupled to more than 200 tonnes a day.” We’re talking face masks, protective gear and even medical equipment components that can only be incinerated since recycling isn’t an option for safety reasons. As other countries are approaching the peak of the epidemic and many governments are issuing advisories to wear face masks in public, the demand for them will keep on growing, as will the volume of hospital-generated trash. China is prepared to deal with the medical waste more than others, thanks to the incinerators built in the wake of the SARS outbreak in 2003. Other countries might face a garbage disposal crisis whose scope is still early to assess.

The volume of household waste has surged as well since people in self-isolation turn to online shopping with vendors sparing no packaging materials. Deliveries from cafes and restaurants generate an excessive amount of single-use plastic containers that end up in landfills. On the other hand, with most offices closed while people are working from home, the overall burden of trash won’t likely increase compared to pre-COVID level, since statistically, offices generate more waste than dwellings.

Large-scale home quarantining of people with milder coronavirus symptoms also means a certain amount of medical waste will be mixed in with home garbage and recycling bins. Bloomberg reports “In the U.S., some cities have halted recycling programmes as officials worry about the risk of spreading the virus in recycling centres. <…> Italy has banned infected residents from sorting their waste at all.”

In this particular case, measures to maintain public health seem at odds with environmental concerns. And it looks like the COVID-19 pandemic may be a serious hurdle in recycling efforts. Beijing, for example, is one of 46 Chinese cities that was supposed to launch a mandatory garbage sorting system by the end of 2020. But it’s unlikely to be carried out on time; now the focus has shifted. Shanghai, where garbage sorting was introduced last summer, seems to have put it on the back burner for now, until things get back to normal. 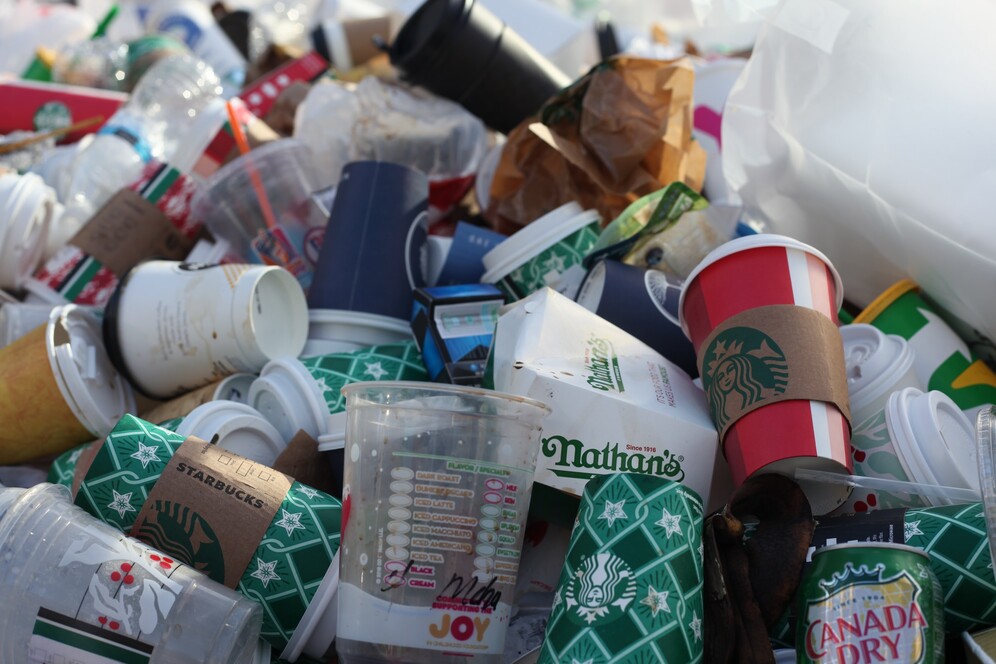 Starbucks and Dunkin Donuts announced in early March they would stop serving drinks in reusable mugs and switch to disposable cups for their customers’ and employees’ safety./Jasmin Sessler via Unsplash

In the U.S. the plastics industry decided to exploit the health crisis to overrule the nationwide disposable plastic bag ban, claiming reusable bags could contribute to the spread of the virus and act as a breeding ground for various pathogens. It’s a considerable step back from a wholesome initiative that, in the long run, was supposed to change American consumption patterns and ease the burden of plastic on the environment. 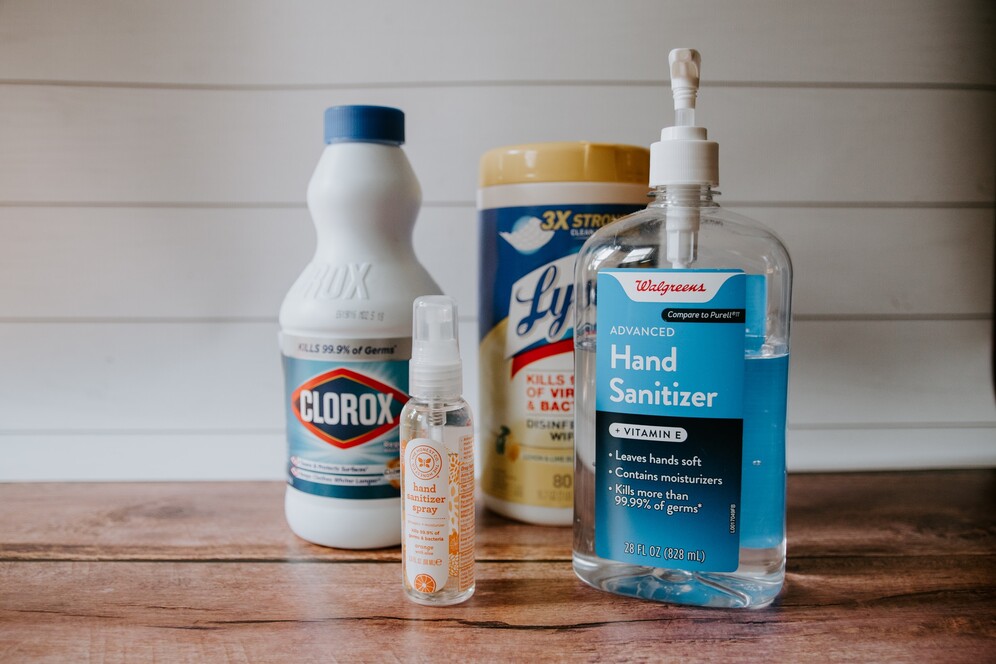 What’s also alarming is that all these disinfectants will inevitably end up in the environment and subject thousands of people to chemical exposure and serious toxic impact./Kelly Sikkema via Unsplash

As hygiene takes priority over sustainability, individuals tend to use more toxic chemicals for disinfection rather than milder household detergents. Ingredients like quaternary ammonium and sodium hypochlorite are proven to be effective against the SARS-CoV-2 virus and have unfortunately shown to have adverse health effects when used regularly. These chemicals, along with hydrogen peroxide and alcohol considerably raise the chances of developing COPD (chronic obstructive pulmonary disease). In essence, the example of hospital nurses exposed to these disinfectants daily demonstrates it all too well.

Disinfection, however, isn’t solely a preoccupation of housewives. Entire countries, like Spain, Turkey, United Arab Emirates and Mexico, have used tonnes of disinfectants to fumigate streets, buses, subway cars and shops, while Indonesia and China have been dispersing disinfectant from drones over major cities. Many public health specialists criticise this virus-fighting strategy as a health hazard and a waste of resources. What’s also alarming is that all these disinfectants will inevitably end up in the environment and subject thousands of people to chemical exposure and serious toxic impact.

The coronavirus pandemic is a worldwide phenomenon of truly massive proportions. What we should do as a society is rethink our relationships with nature. “The world on pause” mode we found ourselves in has demonstrated the degree to which our actions impact the environment on a global scale. Further on, we should use this experience – however painful and confusing it is – to prepare humanity for events of similar magnitude and set a global course of action to help us cope with new environmental challenges.